When we turn around and look in the direction we came from, we have a clear view on Hrafntinnusker, the hut where we camped last night. What a difference with how we arrived at the hut yesterday: without any visibility. From where we are standing, we can see that more people have woken up and are now strolling around their tents. Why we are so early? When we set our alarm the night before, we set it to 7am. However, when we had packed everything and were tying our shoe laces this morning, we noticed it was 7am at that time. Huh, we thought that we had set the alarm at 7? It appeared that the iPad was still on Central European Time, which has a two hour time difference with Iceland. Instead of 7am, we woke up at 5am. That is when we realized why it had been so quite at the campsite when we were packing our stuff... 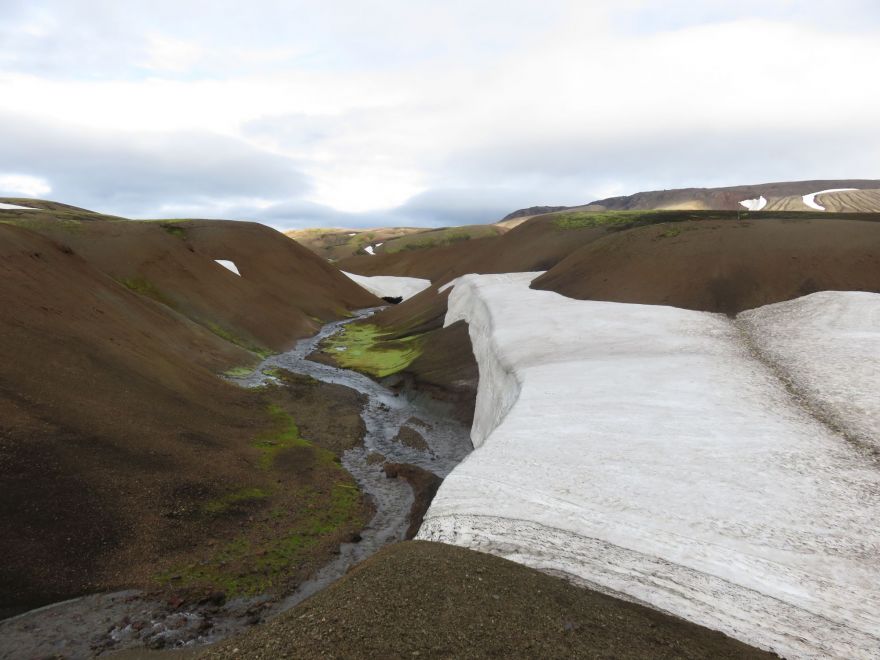 After a steep climb, we arrived at a great viewpoint: we could even still see Hrafntinnusker in the distance. 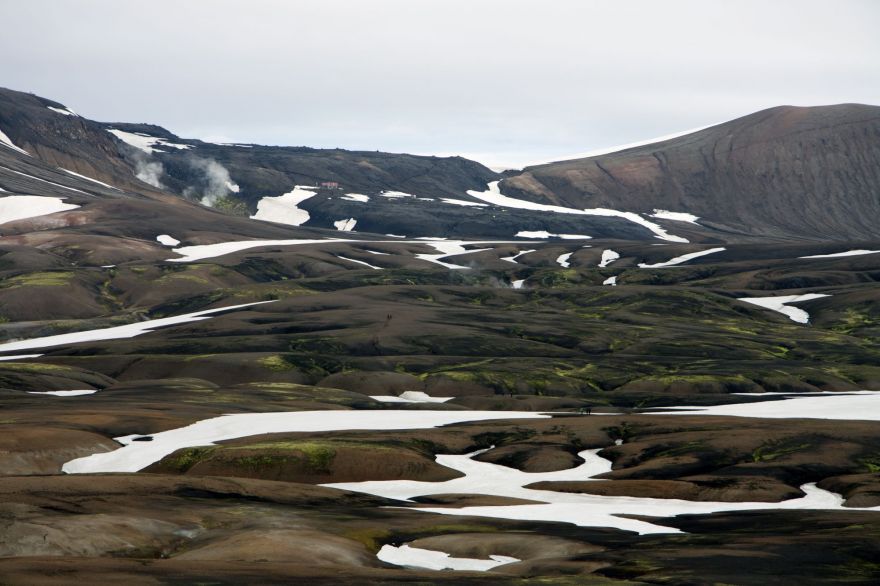 After another short walk, we arrived at an even better viewpoint: now we were looking in the direction we were heading. Instead of the grey and black rock formations we saw earlier, we now had sight on a green valley. We were even able to see the next hut: Alftavatn. 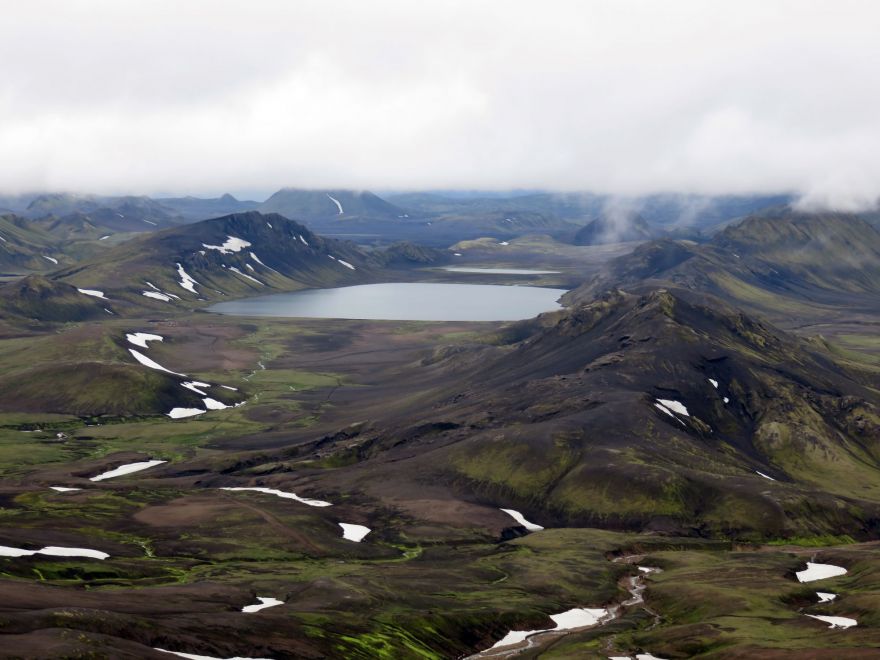 However, before arriving at Alftavatn, we first had to negotiate a steep descend. Despite our walking sticks, both of us suffered a fall during the descend, luckily without seriously hurting ourselves.

When we arrived in the valley, we thought an easy walk was ahead of us. How wrong could we have been. As we arrived at a river, it appeared that this was the first 'real' river crossing of the trail. 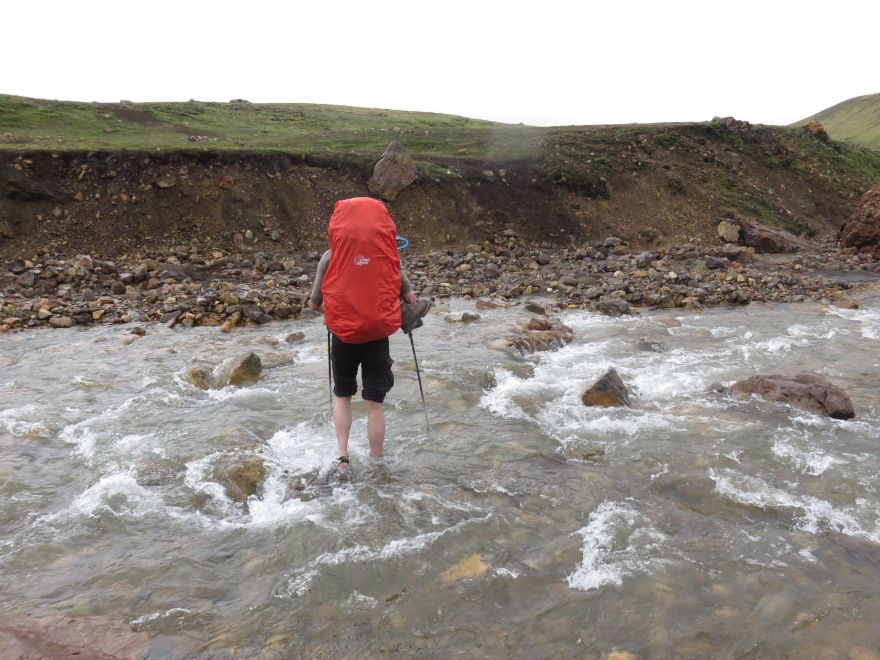 We had to take off our shoes, put on our sandals and withstand the cold water. Together with an Icelandic couple (whom were on their way to Alftavatn as it appeared that they were the new hut wardens) we crossed the river. When we were changing shoes again, two French ladies showed up on the other side of the river. As they did not have any shoes for the water crossing, the Icelandic lady threw her shoes to the other side. One of the French ladies walked easily across the river. However, when she threw the shoes to the other side, one of the shoes didn't make it and landed in the water. The Icelandic couple had to run after the shoe for quite a while, but were luckily able to retrieve it from the fast flowing river.

When everybody had their breath back after the awkward situation at the riverside, we continued towards Alftavatn. A fairly 'boring' flat last kilometer followed. 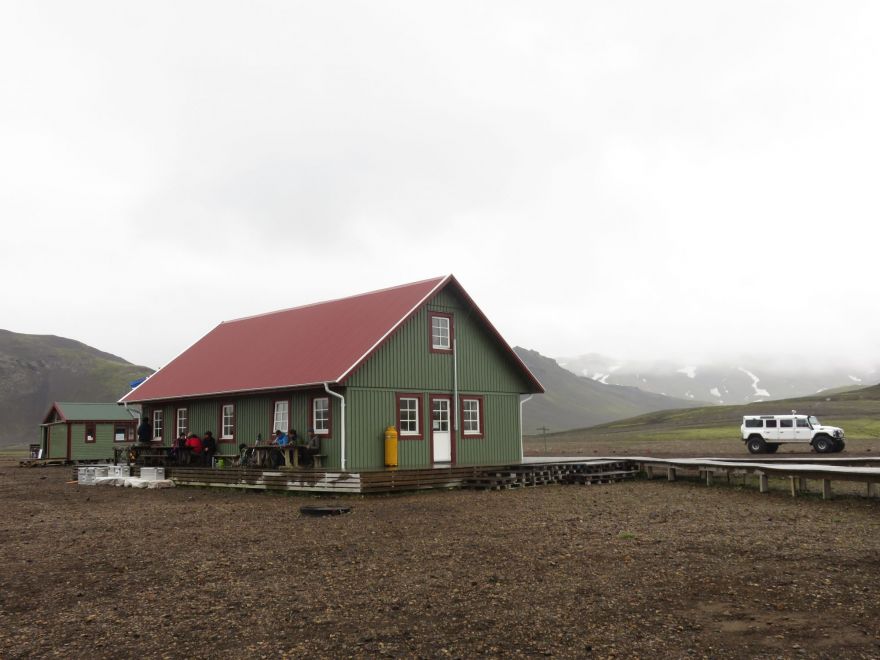 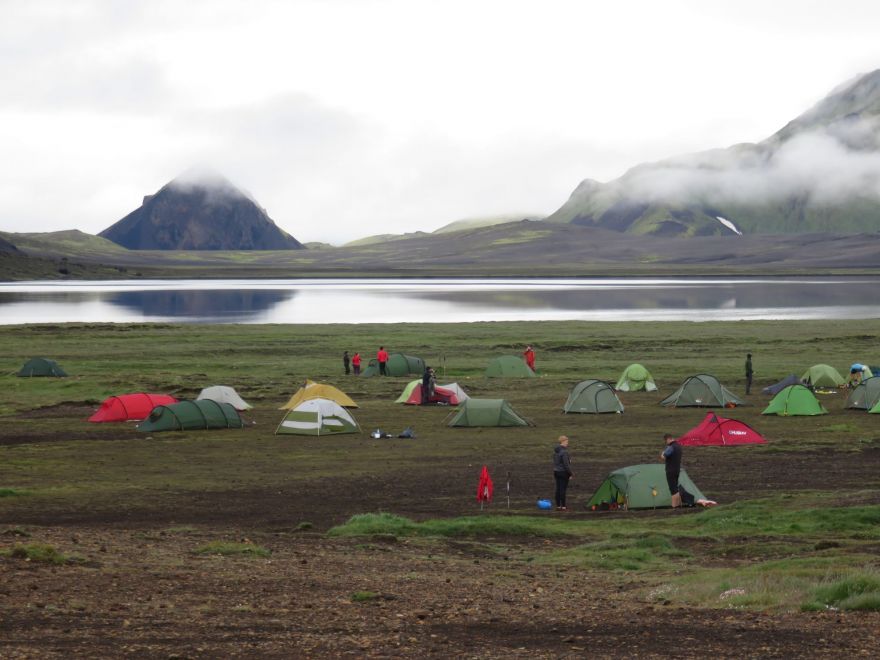 When we arrived, the Icelandic couple was already flying around: cleaning the toilets and checking in newly arriving guests. We paid for a campsite, and as we arrived early, we had plenty of choice where to pitch our tent: a beautiful spot near the lake was the result. What a spot to spend the night.