Imprisoned in the former headquarter of the KGB in Riga

We walk along Brīvības iela, away from the historic center of Riga. Along the street, we see a lot a of majestic buildings and without noticing, we are suddenly facing one of the most notorious buildings in Riga. In 2014, the outside of the building was renovated, making it hard to distinguish it from a normal apartment building. However, this is by far a normal apartment building, although it was originally built as one. The Corner House, as the building on the corner of Brīvības iela and Stabu iela is often referred to, has been the headquarter of the KGB in Riga for many years.

Just before the Soviet occupation in 1941, the KGB already opened its offices at the Corner House. During the Second World War, they were forced to leave and left the building to the Germans, to return in 1944. Almost 50 years later, in 1991, the KGB finally left when Latvia retrieved its independence. Within those 50 years, many horrors evolved in the headquarter of the Cheka, as the KGB is locally known. Within months after first entering the building, the KGB built 44 prison cells. Many (political) prisoners were held captive, were tortured, executed or deported to Siberia. Although official numbers are unknown, an estimated 45.000 people passed through the Corner House at some stage during their imprisonment. Ironically, locals described the Corner House as the only building in Riga with a balcony from which you could view Siberia. 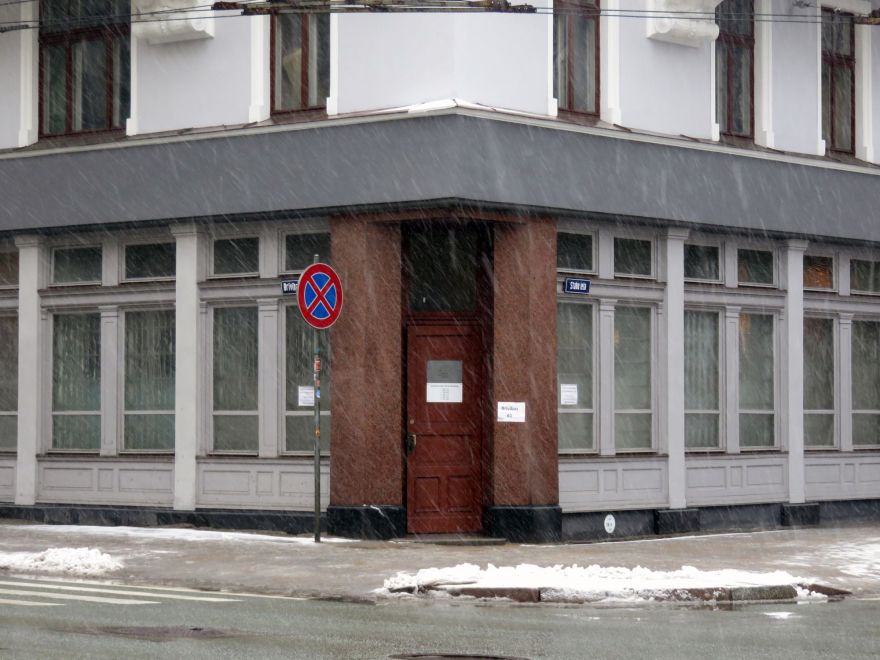 Since April 2014, a small part of the building has been opened for the public. Well, you still have to go on guided tour. Because we heard great stories about this tour, we decided we also wanted to hear and see more about the Corner House. On the entrance door, there is nothing more than a simple A4 with the opening times. Nothing else. As a tourist, you really have to know that you can go inside. But presumably, all locals know the history of the building.
When we open the door, we enter a small waiting room. There is a small window where we pay 5 euro each for the tour. While we are waiting for the tour to start, we walk around and have a look at the exhibition organized by the Museum of the Occupation of Latvia. However, just minutes later, Maria, our tour guide for today, asks us to follow her. Maria is a young blond Latvian girl that speaks English fluently. While we take a seat in a small room, she briefly explains the history of Latvia. When she finishes, we follow her to the next room. The room, or better called: hallway, was the original entrance to the building. However, during the Soviet occupation it was never used as an entrance. Prisoners entered the building via the courtyard, and visitors via the door we also entered. 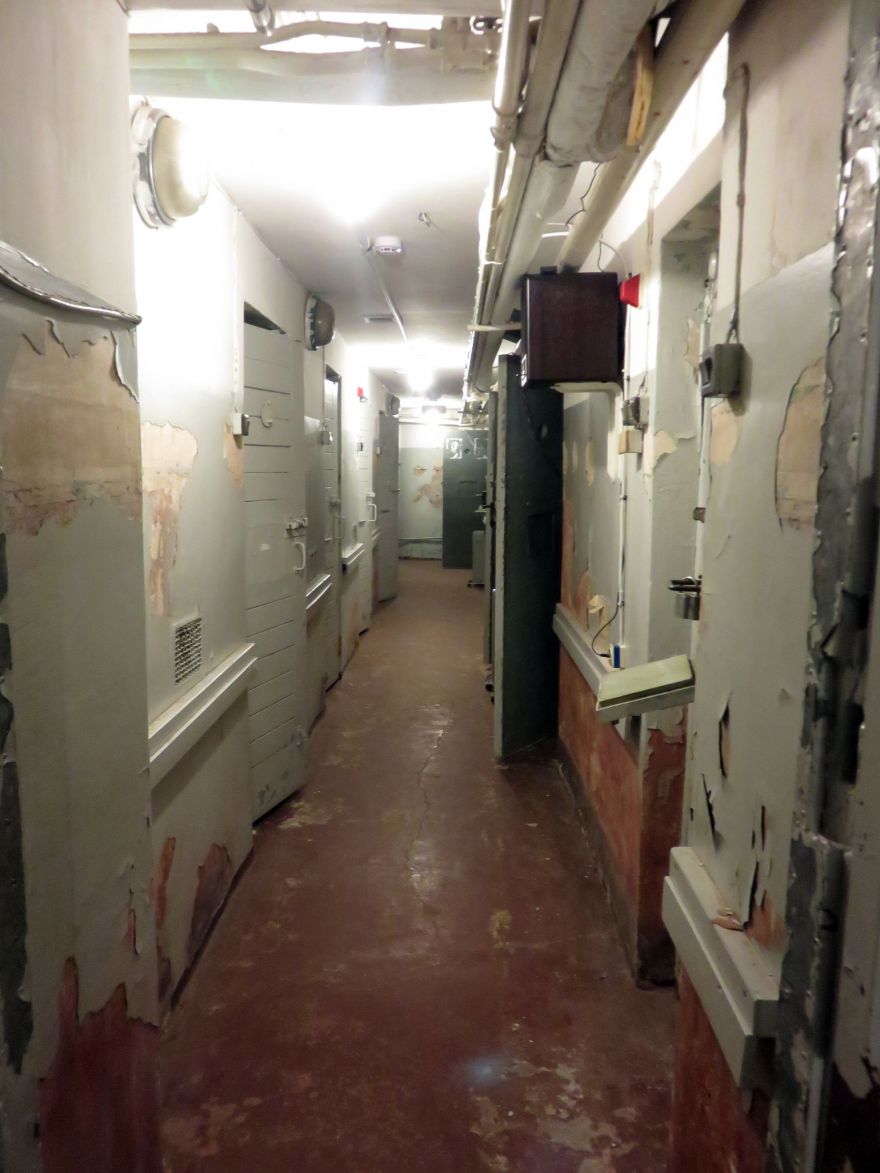 Heavily armored doors lead to a corridor with cells on both sides. We follow Maria to the registration room, where new prisoners were registered. From here they were transported to their cells. If there was no cell available, they had to wait hours and sometimes even days in a tiny cells just large enough for them to sit. Maria shows us the interrogation room. She explains that the interrogation of prisoners could last for days, whereby they also used to torture the prisoners. Just beaten to hell with a fist or a bat. If that didn't 'break' them, prisoners had to stand in the corner. Not just a few minutes, but hours and sometimes even days. Sitting and sleeping were not allowed. Due to sleep deprivation, many prisoners signed a confession of guilt. However, Maria explained that prisoners who did not sign the confession of guilt were better off. As soon as you signed the confession of guilt you were either executed or deported to Siberia, which basically meant the same thing.

We follow Maria into a larger cell. On both sides of the cell are two beds. However, don't expect that there were 4 people staying in this cell. There could be up to 40 people in this room, she explains. 'Now, it is pleasantly warm. But the Soviets did everything to humiliate their prisoners. Back then, the temperature inside the cells was 35 degrees Celsius. They received almost no food or water, and had a bucket to use as a toilet. You can image the smell of this place.' Maria presses a button and a very bright light turns on. 'And then they kept this light burning day and night, which even caused eye injuries in some of the prisoners.' 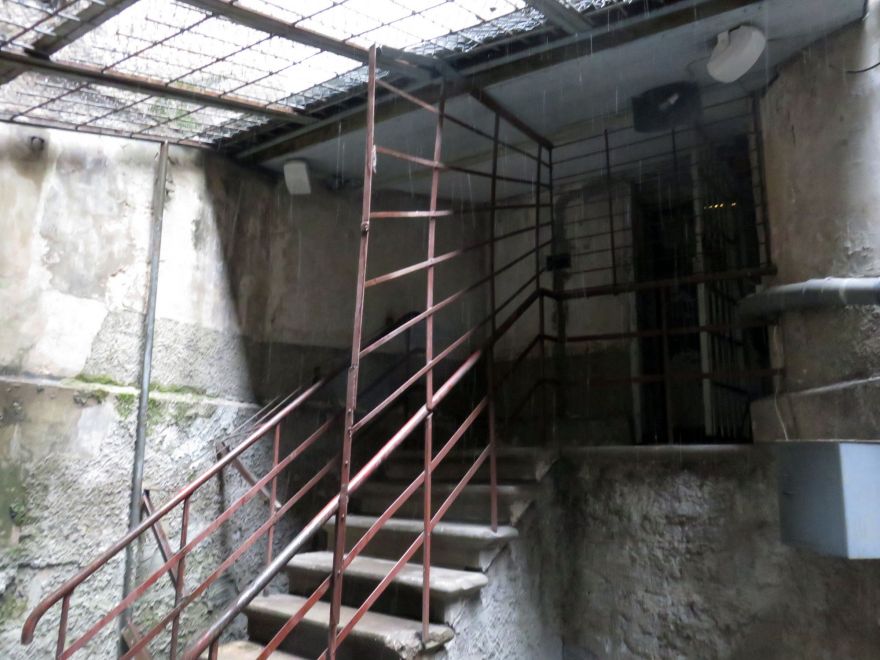 After seeing the inside of some of the cells, we follow Maria outside, into a small courtyard where the prisoners were allowed to walk. Well allowed: they were forced to walk. Standing still or talking to each other was forbidden. However, Maria explains that many prisoners felt alive as soon as they came here: they could hear the church bells and knew there still was an outside world.

When we walk back into the Corner House, we take the stairs down into the basement. Maria explains that the 'worst cases' were kept in the basement. Not only was the temperature was high, in the basement it was also very humid and the floor was very muddy. 'If the conditions upstairs were bad, this was the hell.' After seeing a few more cells, Maria leads us into the kitchen of the prisoners (staff had their own kitchen). Cooks were female prisoners from another prison, and did not have to know how to cook. Food was therefore of very low quality, but that was also because of the poor ingredients that were used. An old prisoner told Maria recently that he can remember the aluminum bowl that is on display in the kitchen, although there was always a layer of sand in it when he received his food.

Back on the ground floor, Maria explains about the influence of the Soviet regime. She shows us a desk that was found not too long ago in the large Radisson Blu Hotel in Riga. During Soviet times, this was the only hotel for tourists and when it was renovated, they found mirrors that were see-through mirrors, listening devices, and many more things to spy on the tourists. 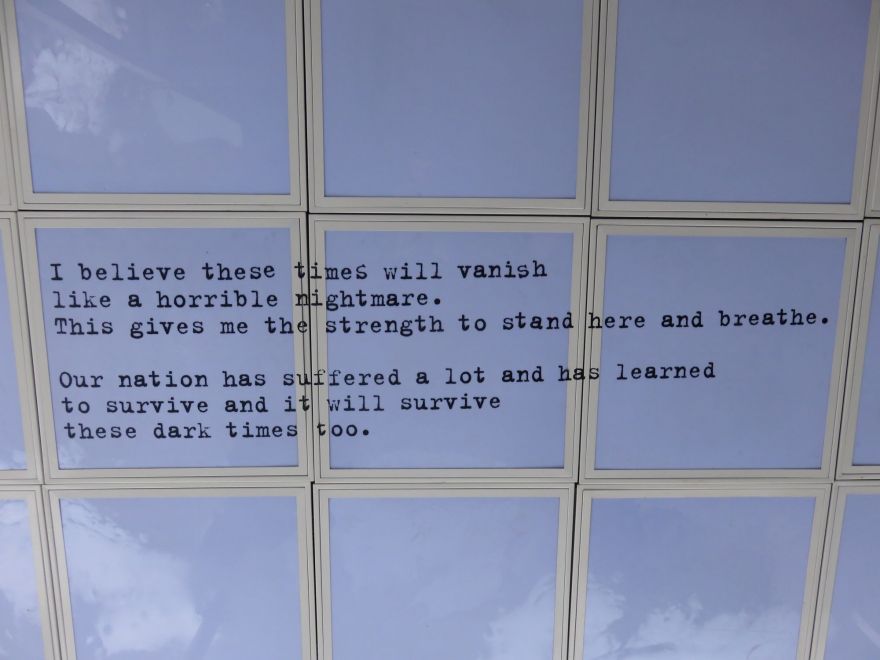 We follow Maria into the large courtyard. 'This is the area where prisoners entered the building. And if you look up, you can see bars at some of the windows: those were the rooms were prisoners were held. Mostly for interrogation. But we have saved the best for the last', Maria says. We walk into a small room, a sort of garage. 'In this room, a truck was parked with its engine running. And there' while Maria points to an adjoining room, 'prisoners were shot to death.'

With these last words resounding in our head, we step onto the busy street. Traffic passes by, people are shopping and we look back to the Corner House. Only 25 years ago, and people were held captive here, were tortured and killed here. Unbelievable.
The Corner House gives you a way better experience about the history of Latvia then whatever museum we have visited. We can therefore highly recommend it if you are interested in the horror stories that have happened during the Soviet times. 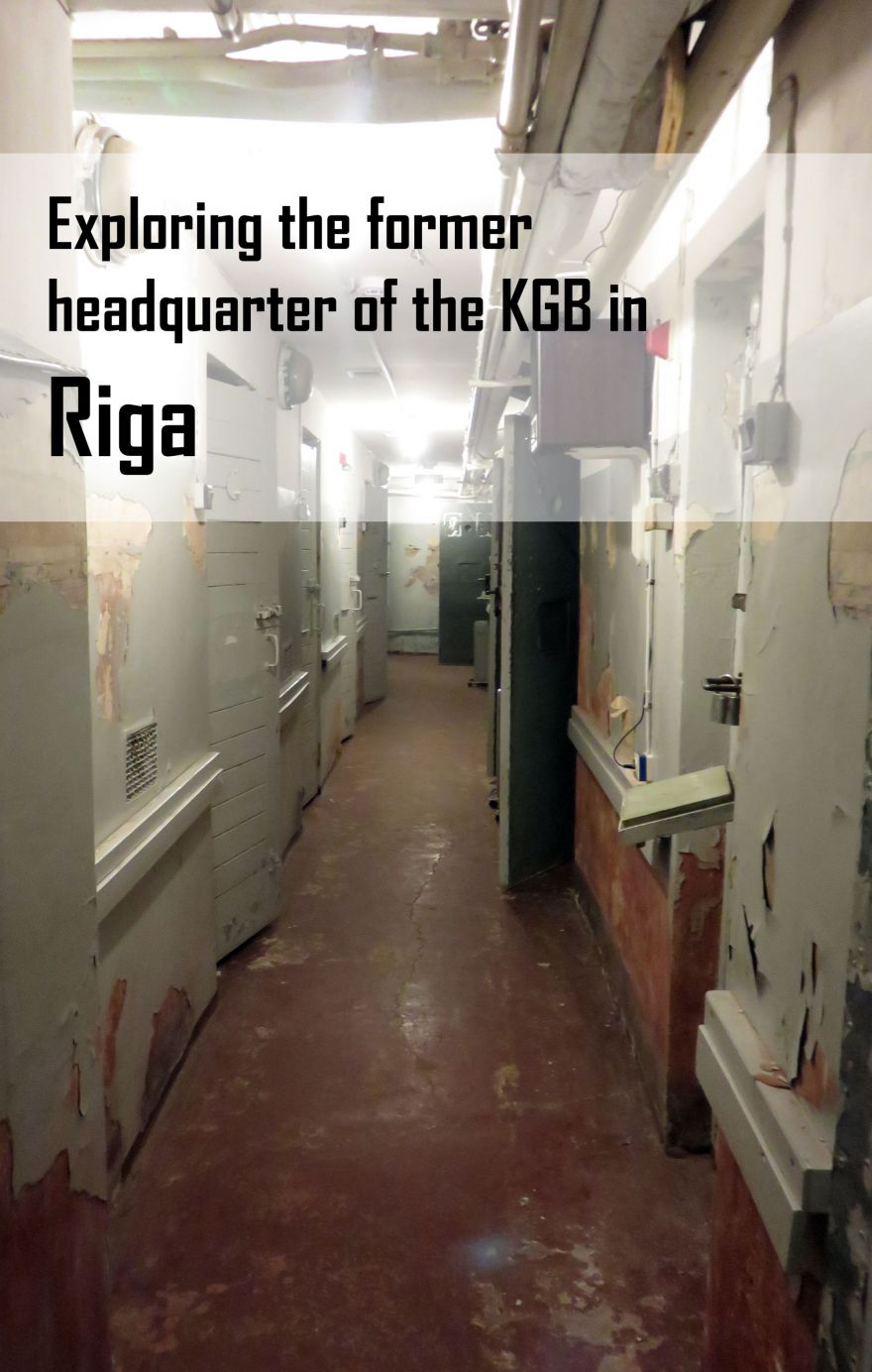