A klettersteig (in German countries Klettersteig, in all other countries: via ferrata) has been on our bucket list for ages. A klettersteig is a protected climbing route that originated in the Italian Alps. During the First World War, soldiers built a route through the mountains to move large numbers of soldiers without notifying the enemy. Nowadays, there are hundreds or 'iron roads' around the world. They are no longer used by the military, but by tourists.

Last summer, we were in Andermatt (Switzerland), where we knew that there were several klettersteigs. Closest to Andermatt is Klettersteig Diavolo. But before being able to climb, we had to get the proper equipment at the local Intersport: climbing harness, lanyard with energy absorber and two carabiners and a helmet. We didn't get any instructions, but it is apparent what to do: always make sure the carabiners are attached to the steel wire of the klettersteig.
In a few minutes, we walked from the center of Andermatt to the Suworow monument. This monument was erected to recall the battle between the army of Napoleon and 21.000 Russian soldiers, lead by general Suworow. At the time we arrived at the Suworow monument, a Belgian bus dropped off some tourists. Although their guide was explaining the historical battle that took place at this spot, some of them had more attention for us. Especially when we stepped over the edge and headed down the ravine. Probably not knowing that the start of the klettersteig was just meters from where they were standing. 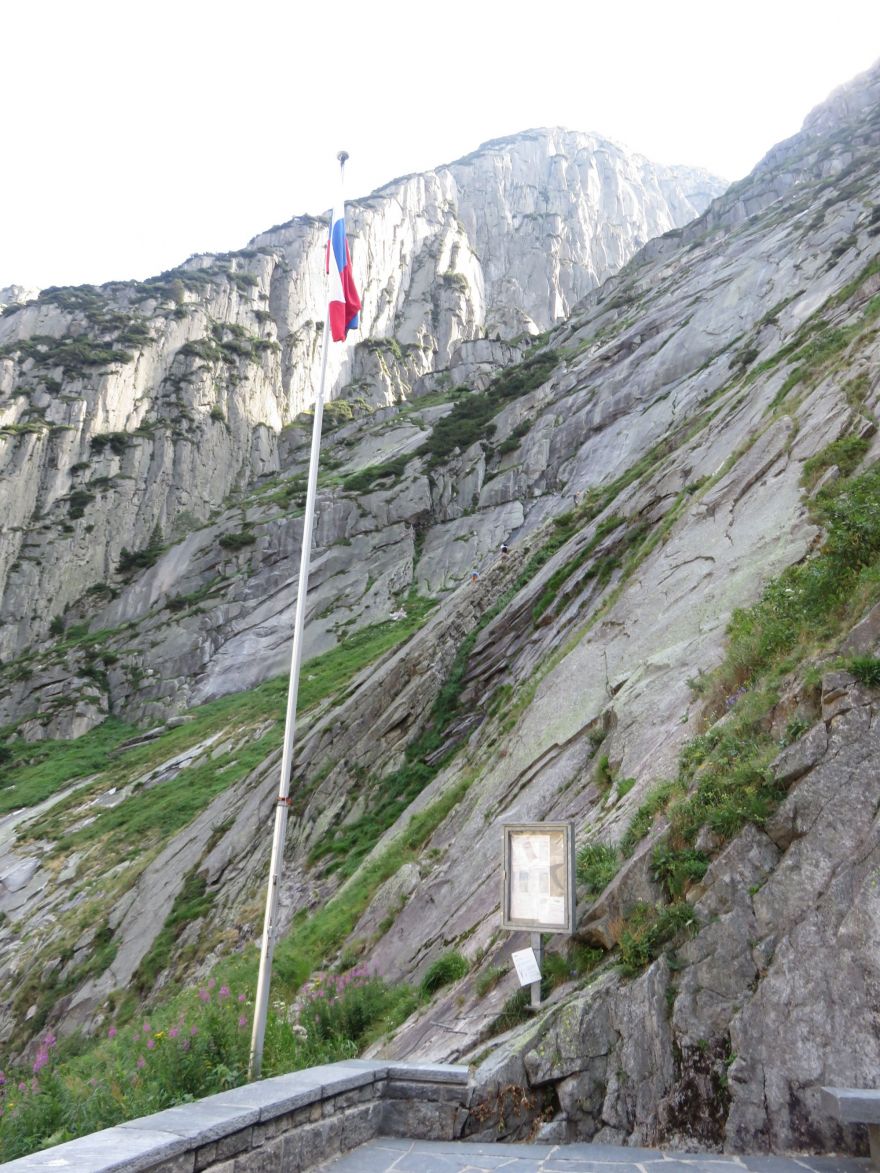 The first few meters went down, towards the actual starting point of the klettersteig. But from there, up it went. 400 meters in total, via a 700 meter long 'iron road' (steel cables). Because the view was getting better by the meter, we didn't make a lot of progress: we just had to suck it all in. What a scenery, very impressive! 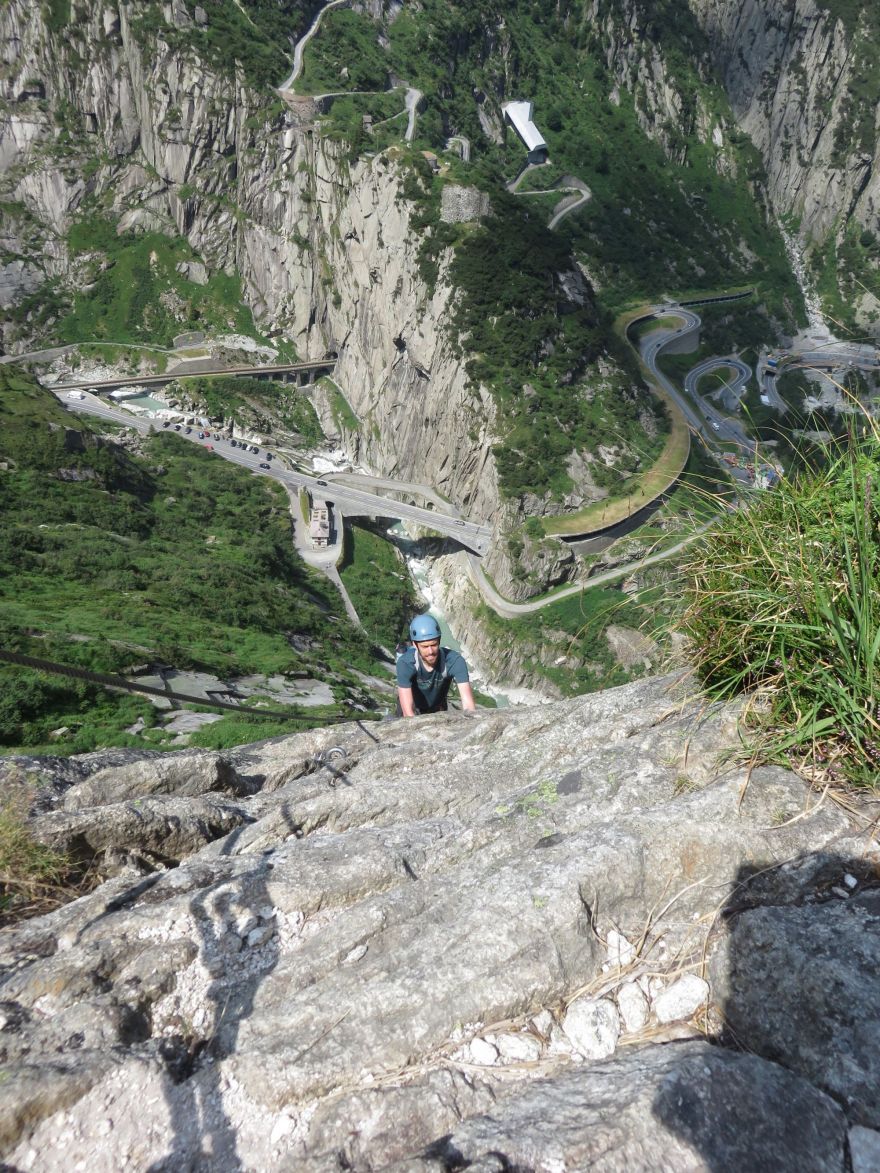 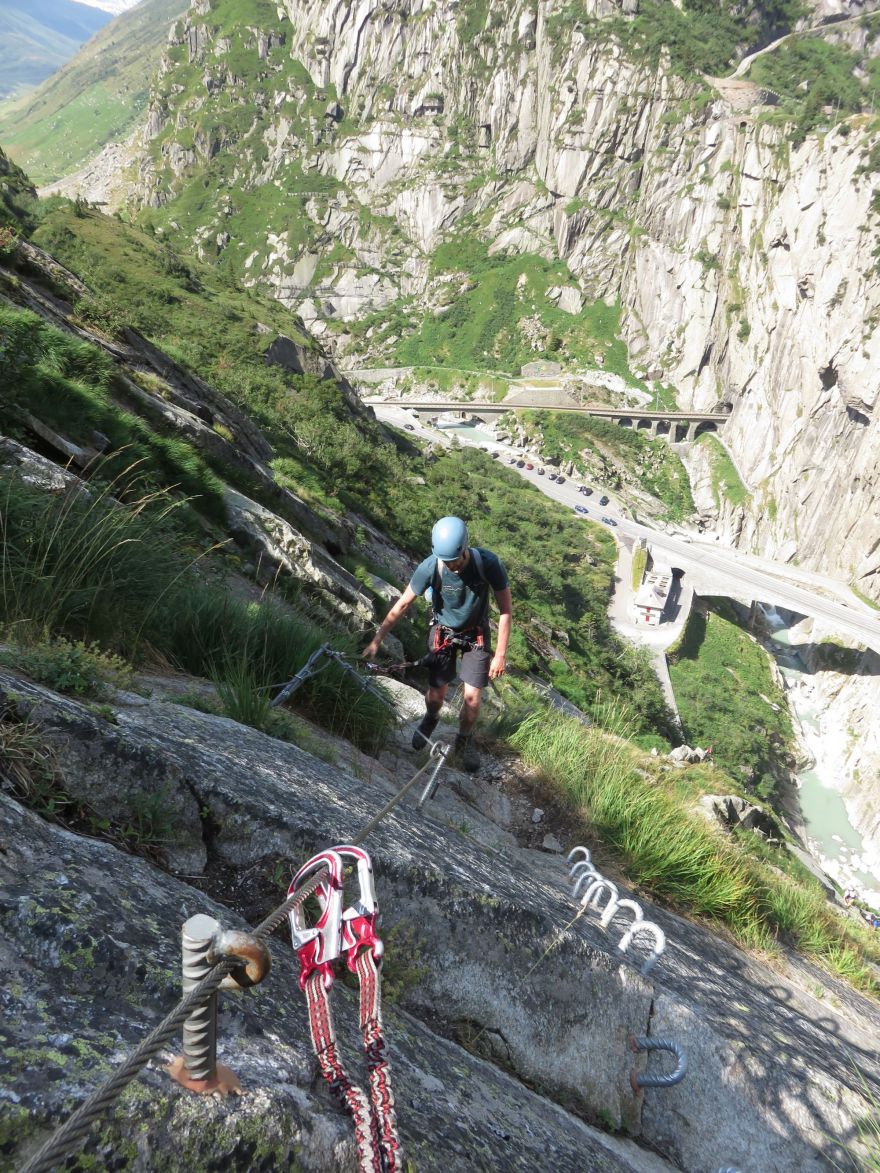 There were a number of sections, where we were able to walk without being attached to the steel cable. At one of these sections, we enjoyed some time sitting at a bench. Just looking. After the last bench, the trail becomes very steep - nearly vertical, but not difficult at all. 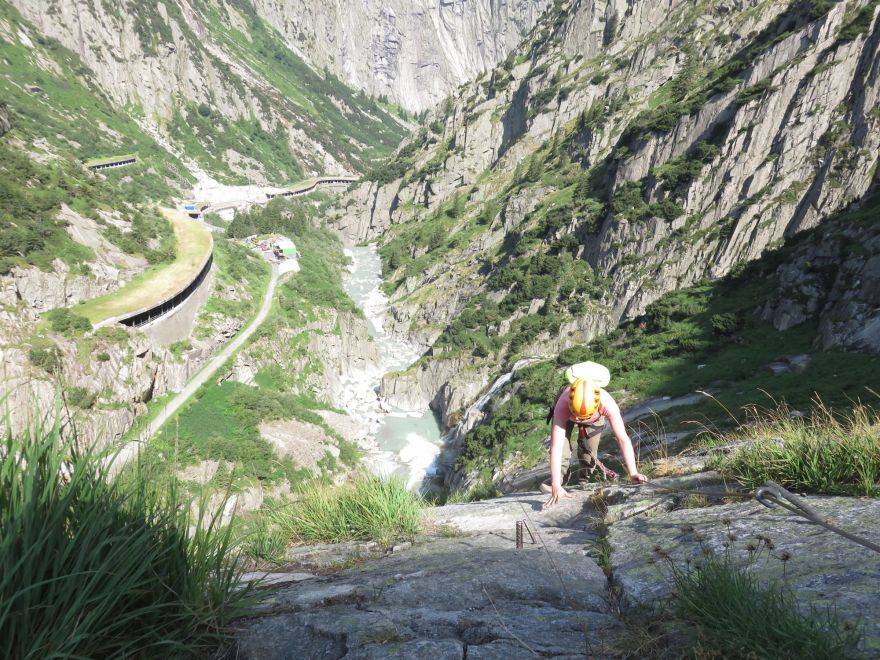 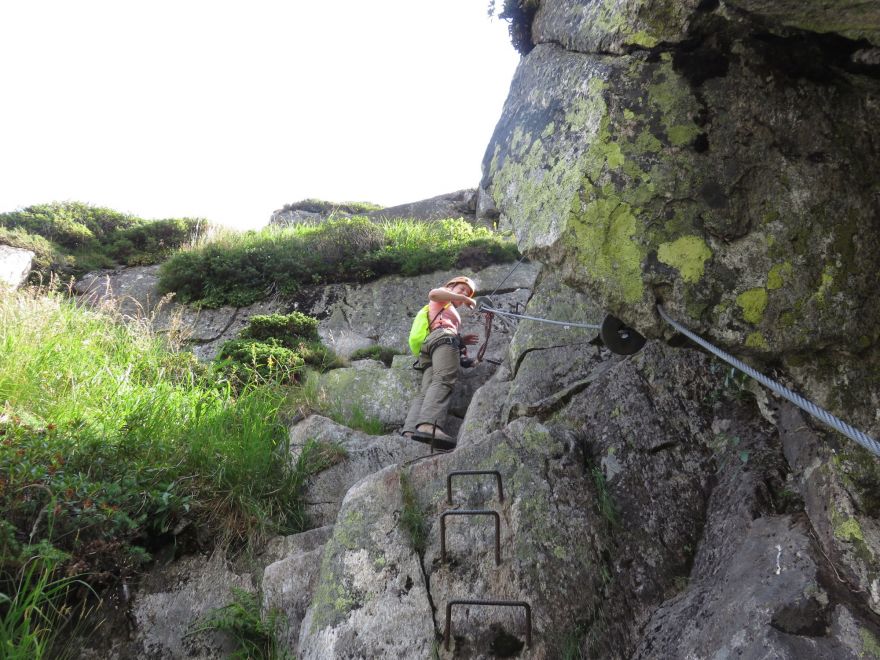 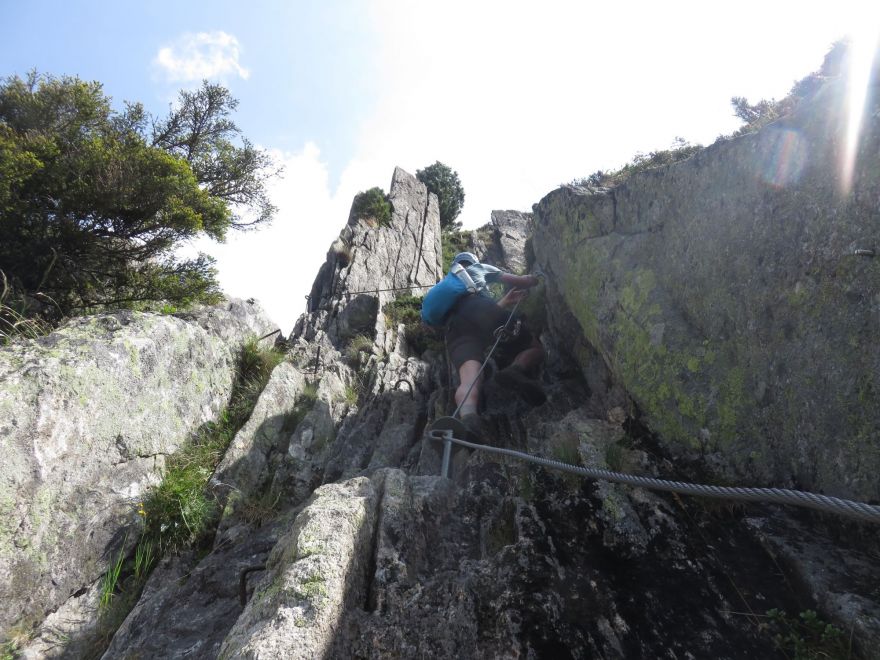 Just below the top of the klettersteig is a small ledge where you will find a beer tap, really! We know that this is the best part of the klettersteig for many climbers. However, in our case: there was no beer. Probably the person ahead of us took the last sip...

The whole climb took us about 2,5 hour and brought us to 1860 meters altitude. From there we had a great view on Andermatt and the mountains on the other side of the valley.

There are two option to get back to Andermatt: hike back via a well marked trail through the forest or take the train back. We didn't want to take the train, so we hiked back. In about one hour we hiked from the top of the klettersteig to the center of Andermatt. Not a very special hike as you don't have great views since you are walking in the forest. 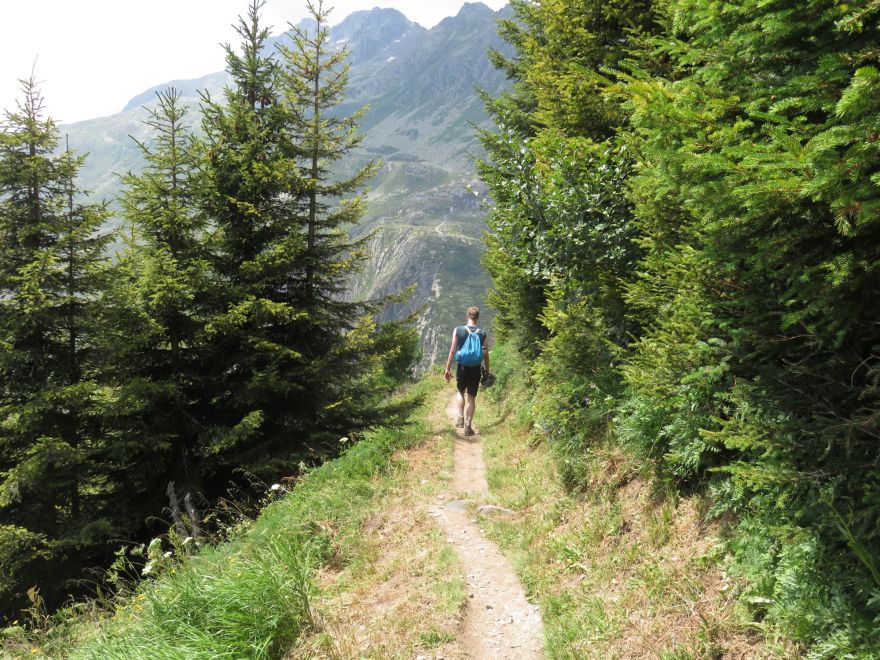 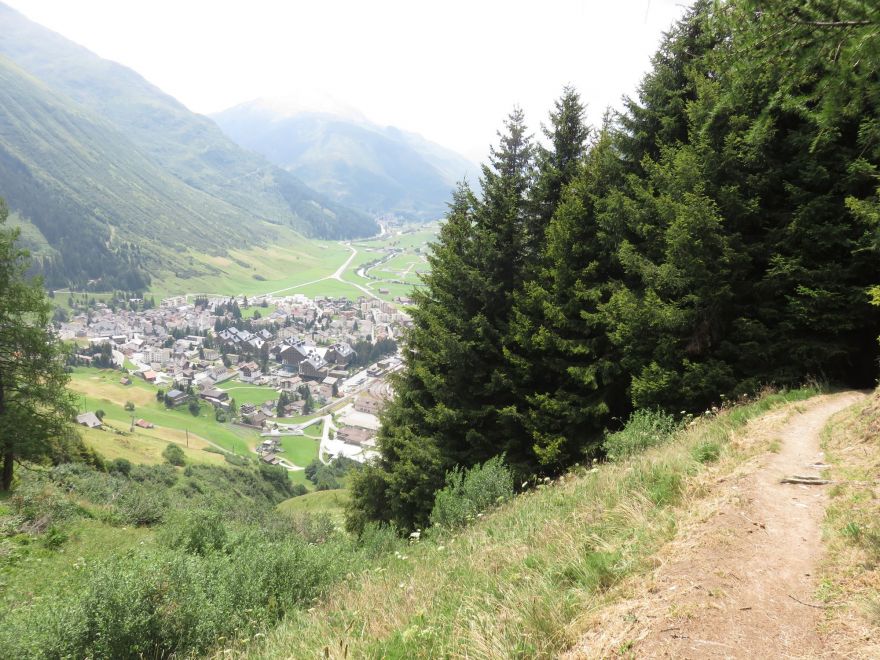 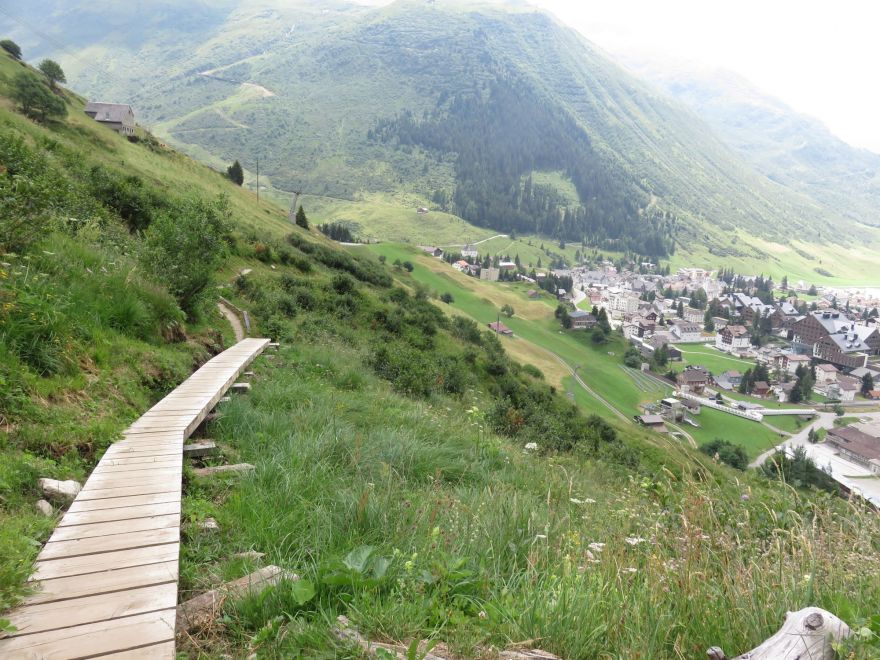 It was a great experience to climb our first klettersteig. Probably we have a new addiction now :) At least we are looking forward to the next possibility to go on another klettersteig.