Te Araroa: Between the rivers (from the Rakaia River to the Rangitata River)

Early in the morning, we walked over to the i-SITE. Not to visit the information center, but to catch the school bus. Although it is a public holiday today, we can still get a ride with the school bus to the start of the Te Araroa trail. Exactly on time, the school bus arrived and picked us up. About an hour later, we were dropped at the start of the Te Araroa trail on the opposite site of the Rakaia River. According to the driver, it was his first time this week he could actually get there. After cyclone Fehi, several washouts had destroyed parts of the road. 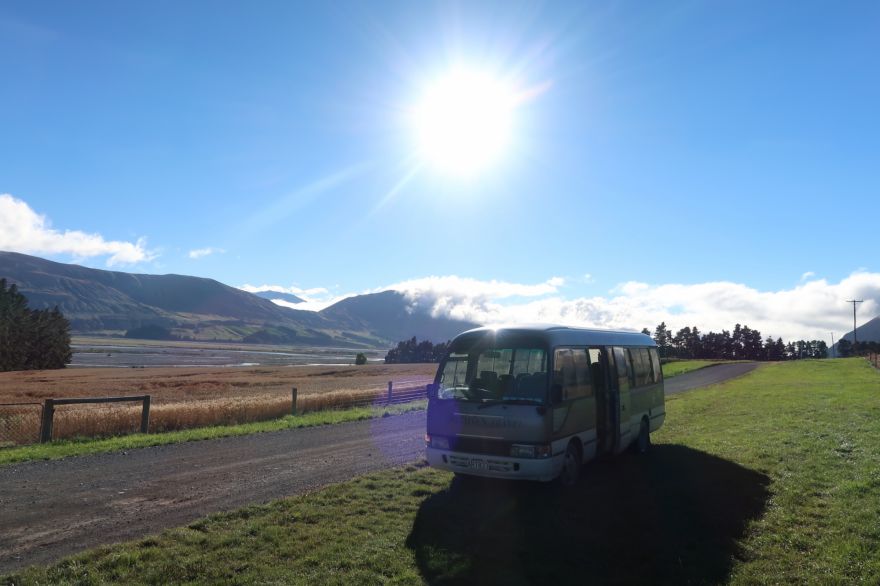 We set off in a stunning scenery. If we looked back, we could see the wide Rakaia River. Ahead, we could see a massive mountain range. We followed a 4wd track that ascended to a height of 1.120 meter. The further we got, the better the views. Once we reached the heighest point, the track leveled. We followed marker poles through a barren landscape. The only vegetation we saw was tussock. Lots of tussock. We stopped for a lunch break at the A Frame Hut. After lunch, we continued along a 4wd track. We crossed several streams and arrived around 2pm at Comyns Hut. Comyns Hut is made out of corrugated irons and allows the wind to blow through the hut. However, the weather was perfect and scenery absolutely stunning. 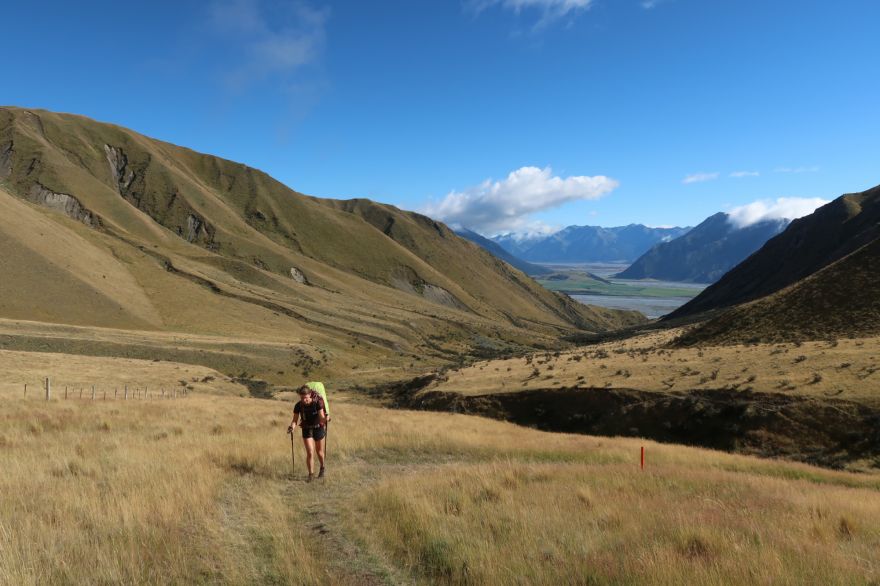 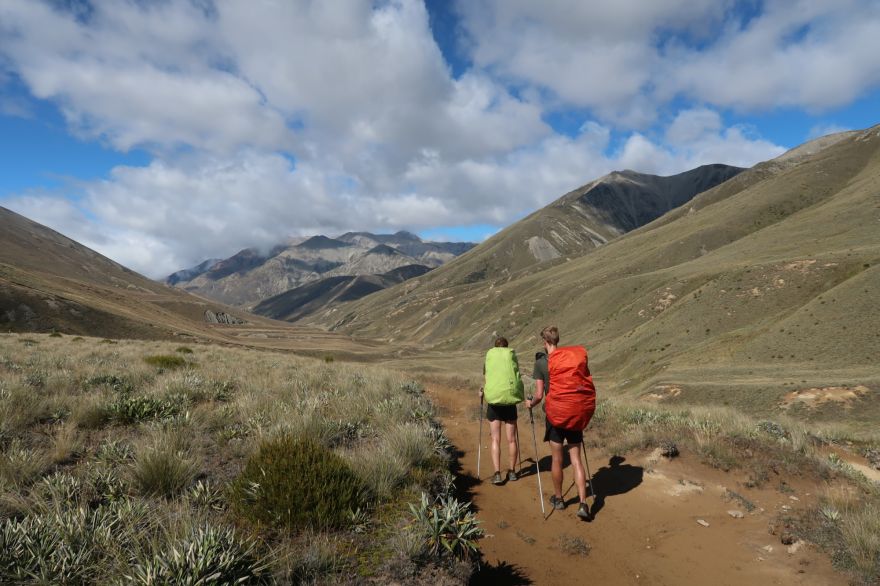 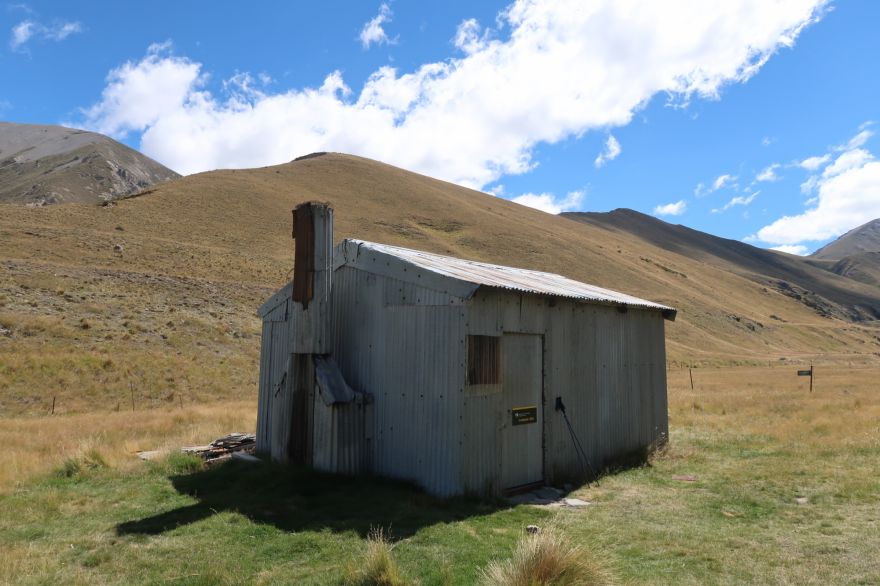 As soon as we left de hut, we to cross a river. Eventually, we crossed this river about 40 times. Sometimes, we walked through low bush on the shore of the river. Usually, however, we had to wade through the river. Eventually, the trail turned away from the river when it started to climb Clent Hill. After an easy hike up Clent Hill, we arrived at the top of the pass. Someone has placed two camping chairs on top of Clent Hill, which we were font of to try them out. Sitting in the chair, we had an amazing view at the valley down below.

The descent from Clent Hill was straightforward. We followed the trail along scree sloped and eventually ended up following a 4wd track. We arrived at the junction to Double Hut. However, we continued and followed the 4wd track all the way to the junction to Manuka Hut. We had walked 22 kilometer and wanted to do some more kilometers. We therefore continued. We followed more 4wd tracks. Had an amazing view of Lake Emily. We planned to set up our tent somewhere around Castleridge Station. However we couldn’t find a suitable location. Therefore, we continued to the Maori Lakes, where we pitched our tent on the shore. 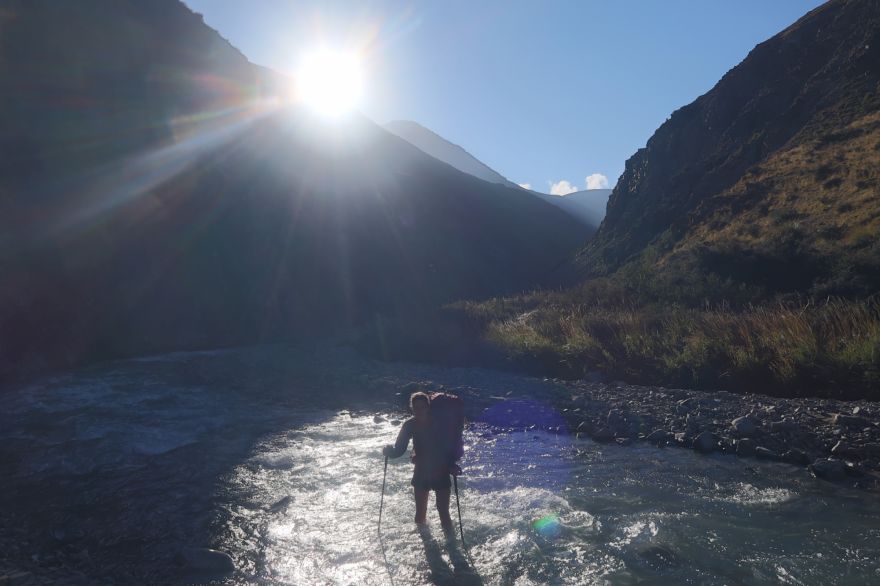 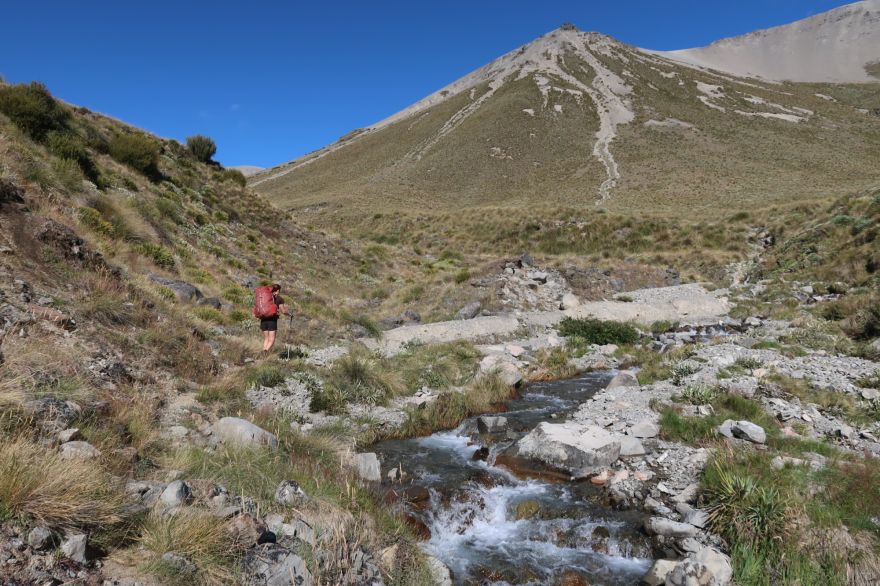 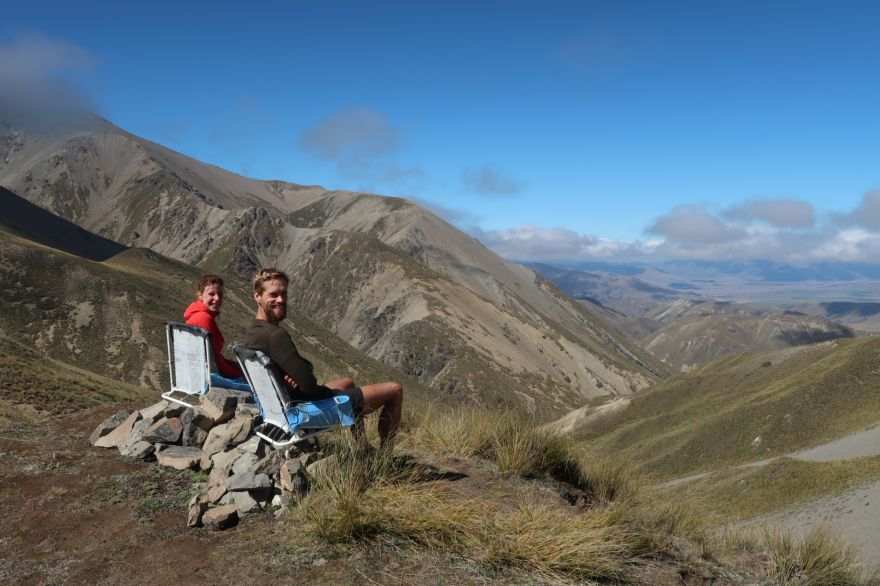 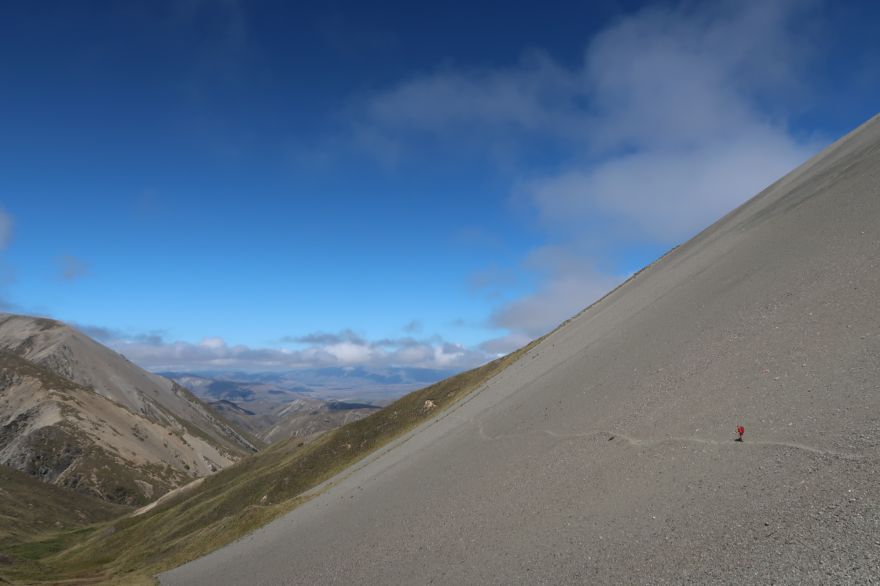 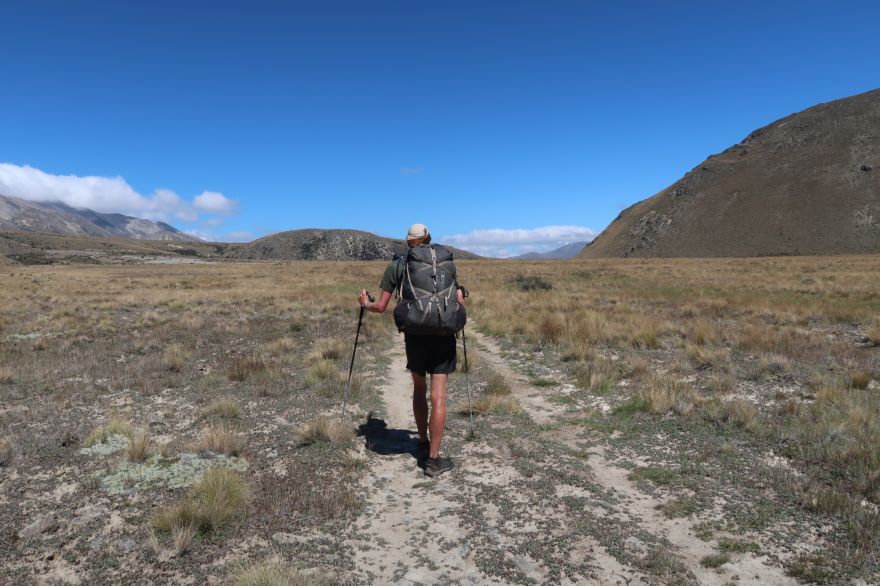 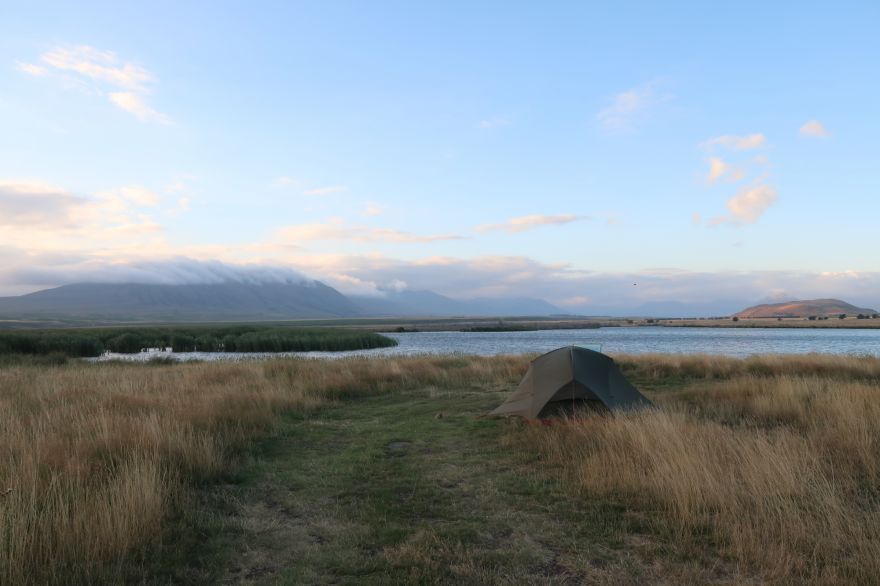 When we got out of our tent, the sky was covered by a dense blanket of clouds. However, when we started walking, the sun came out and it proved to be another beautiful day. We left Maori Lakes behind us and gradually climbed to Mt Guy Saddle. Withouy much effort, we arrived at the saddle. From the saddle, the views of Clearwater, Potts River and even the Rangitata River were amazing. In the distance, we could see snow covered mountains. On a ridge near Potts River, we stopped for a short lunch break. Eventually, we arrived at 1:30pm at the carpark near het Potts River bridge. Because the Rangitata River is not crossable by foot (sometimes it is, but according to the latest info we had, there was still way too much water flowing through the Rangitata River). We had therefore arranged a shuttle to pick us up. However, this shuttle would not arrive before 4:30pm. We therefore did some laundry in Potts River. Typed a blogpost and rest a while. Exactly on time, Wayne (from Aps 2 Ocean) arrived to pick us up. In about 1,5 hours, he drove us to Geraldine. He dropped us at the holiday park and showed us where to get some good quality food. 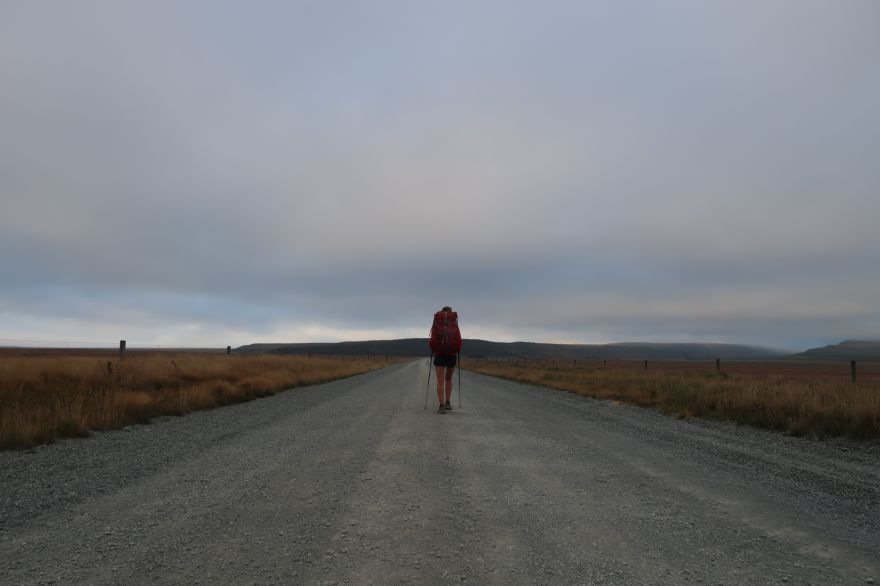 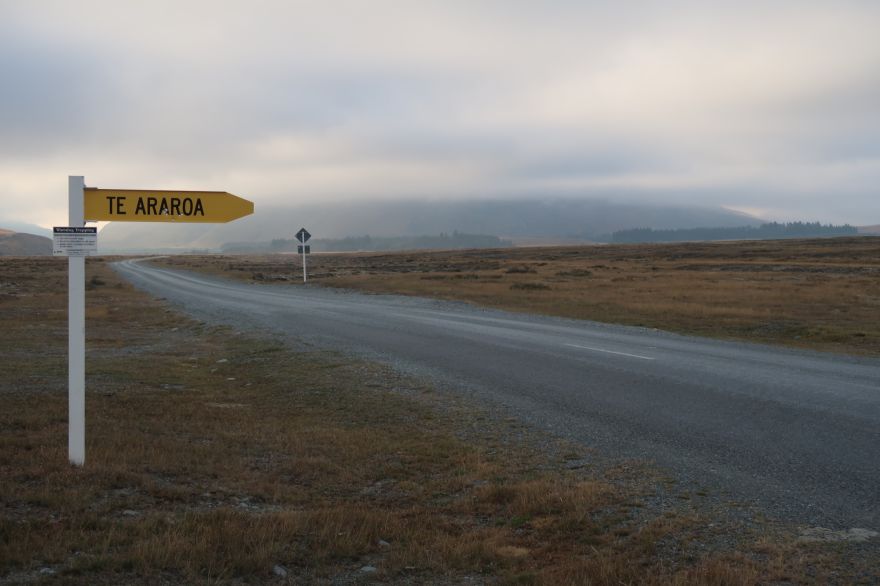 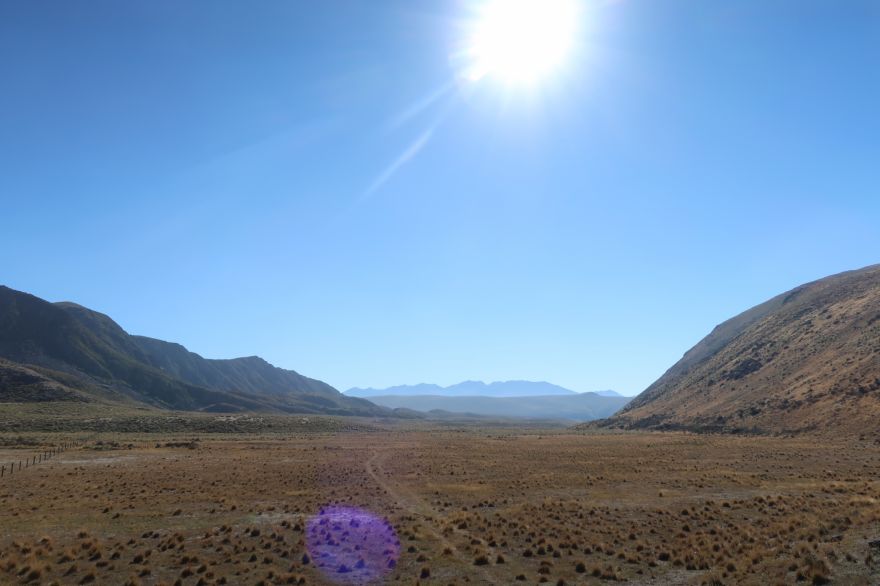 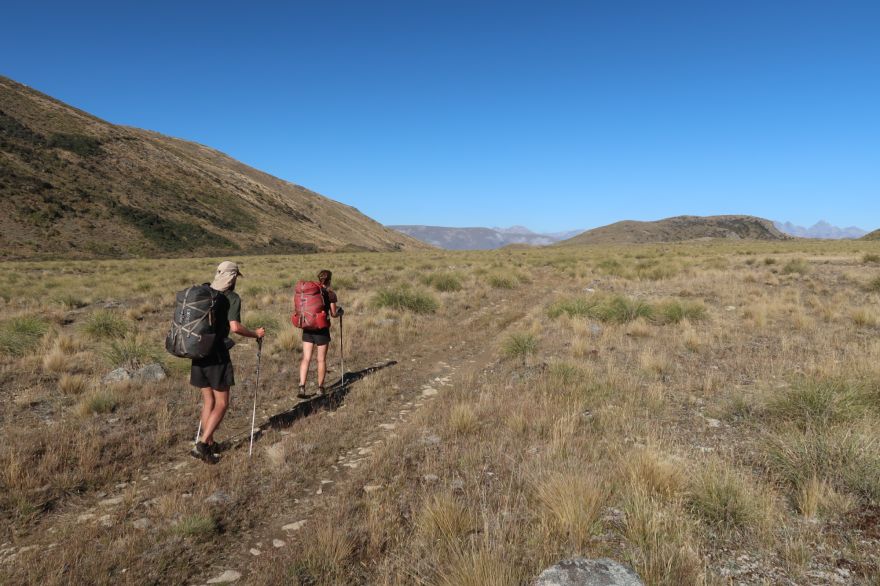 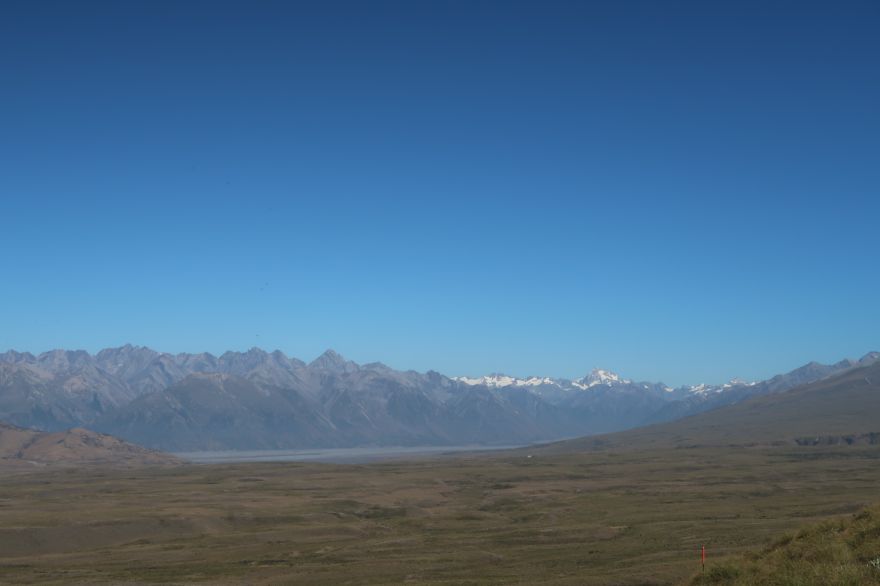 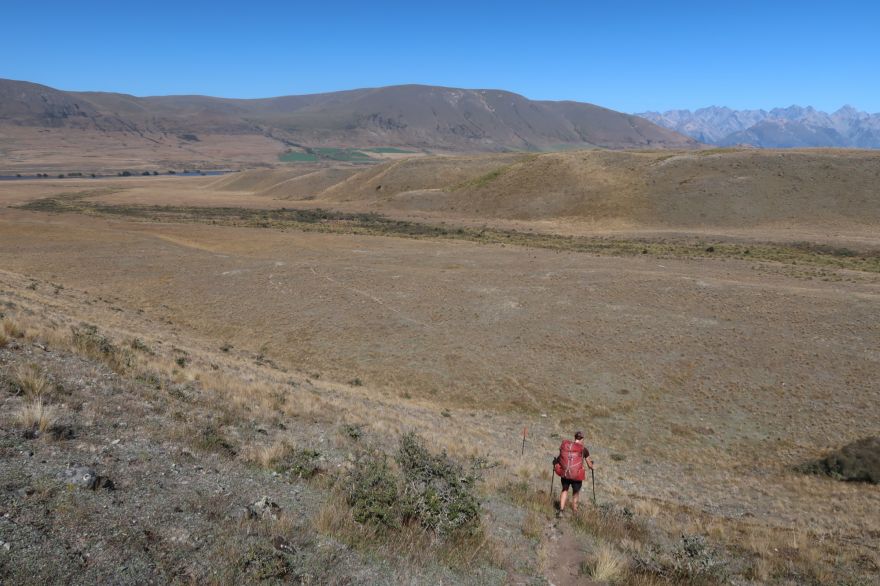