Te Araroa: from Auckland to Hamilton

Auckland, the city that never sleeps. No, that is a different city. However, having walked through such remote places, Auckland feels like a huge city. Like it never sleeps. We took two rest days in Auckland, filled with eating good food and buying new gear.

After two days, it was time to move on. There was only a minor issue we had to negotiate first: the Hunua Ranges (south of Auckland) are closed. The diversion involves quite a bit of road walking. Adding this to the already boring section of road walking in south Auckland, we decided to skip this part and take a bus to Mercer. According to the website of Intercity, the bus makes a stop in Mercer, but we were not able to book a ticket. We could get out of the bus one place before or after Mercer, but not Mercer itself. That is when we decided to take the bus to Rangiriri, the first place after Mercer and directly on the Te Araroa.

After an hour in the bus, we were dropped in Rangiriri. We continued walking and crossed the road bridge over the Waikato River. The Te Araroa turned left, into a paddock. However, on the other side of the stile, there was a bull. An angry bull. This bull was not going to let us enter his field. It was stamping with its leg and making funny noises. We therefore decided to walk the road instead. It took quite a while before we were able to re-enter the paddock. Eventually, we arrived around 6pm at the Motorhome and Caravan Park in Huntly. We were welcomed by the owners, and were given free towels, soap and internet vouchers. They surely know the needs of a hiker! 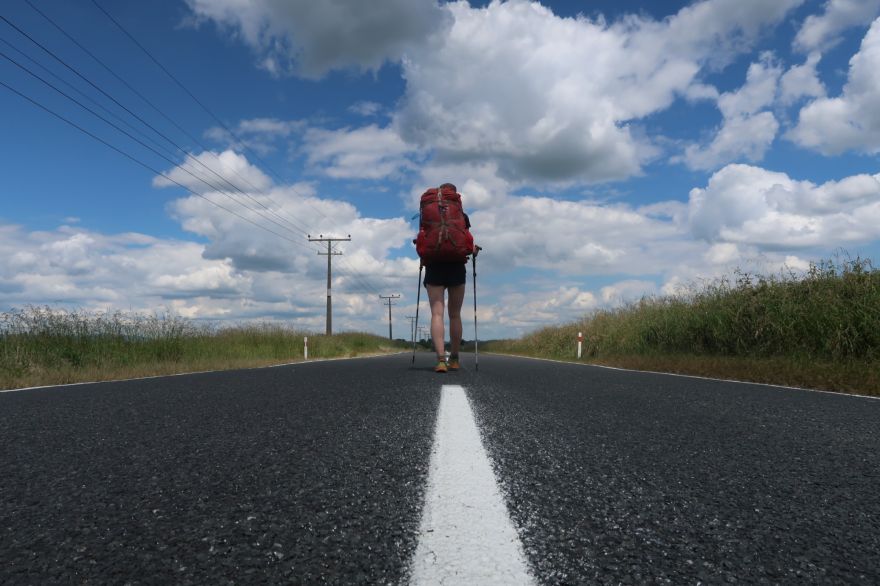 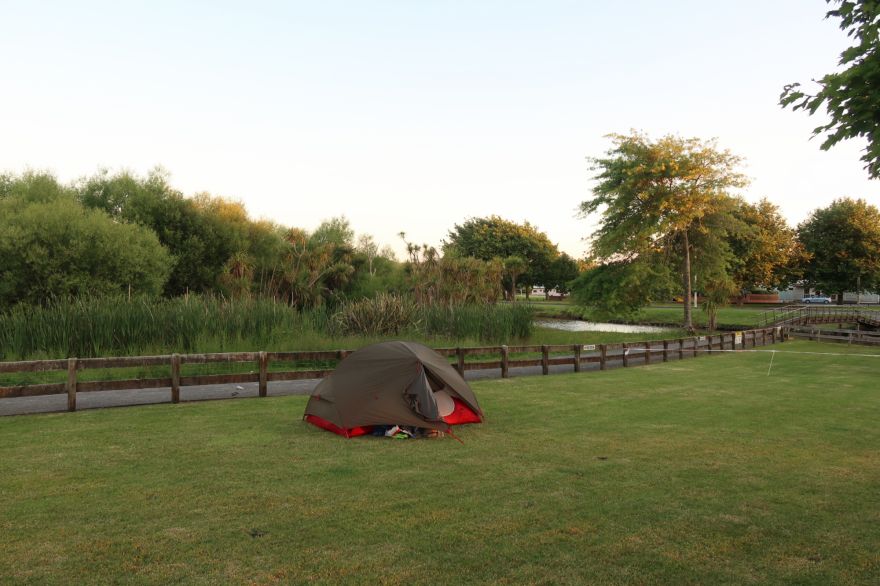 No, we haven’t started learning Japanese, Hakarimata is a forest / mountain range we had to walk through on our way to Hamilton. From Huntly, we first walked about 1.5 hour on the road to get to the start of the Hakarimata forest. According to the trail notes, we had to negotiate a lot of stairs up and down the mountain. But what the trail notes didn’t say, was that in between the stairs lays a long section of bush walking. We entered the forest at 10am and arrived at the look-out (near the exit of the forest) at 3pm. In between, we continuously walked over a blanked of tree roots. When we arrived in Ngaruawahia, we first bought some ice cream at the supermarket before setting up our tent at a motel. 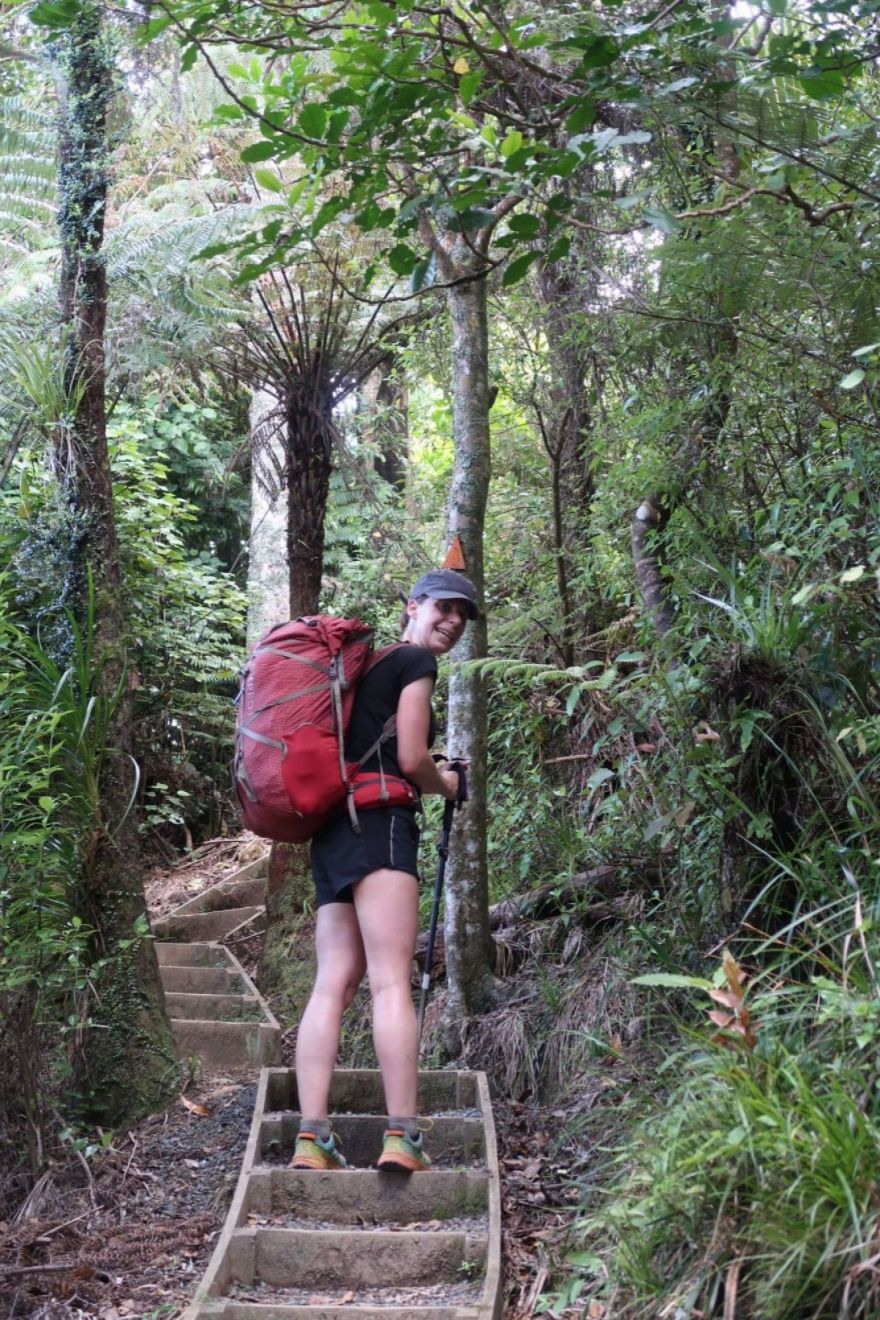 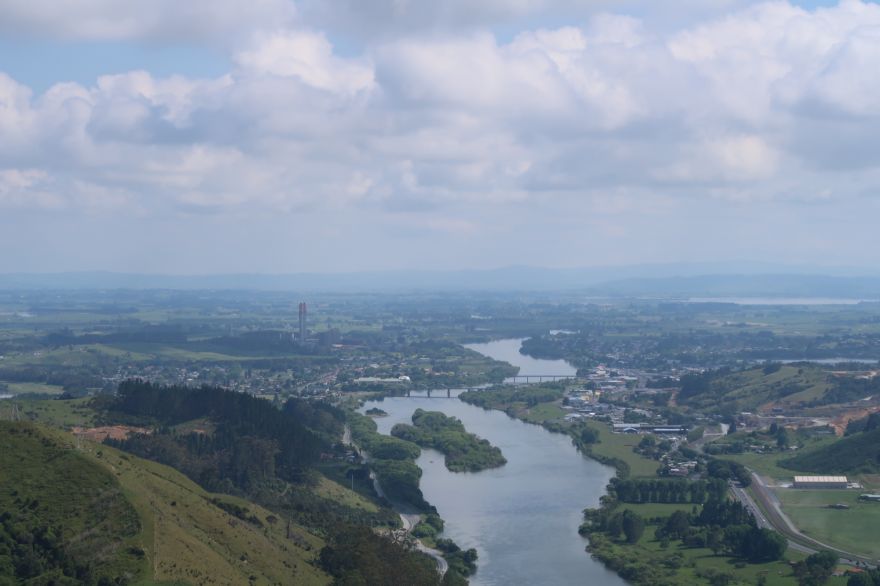 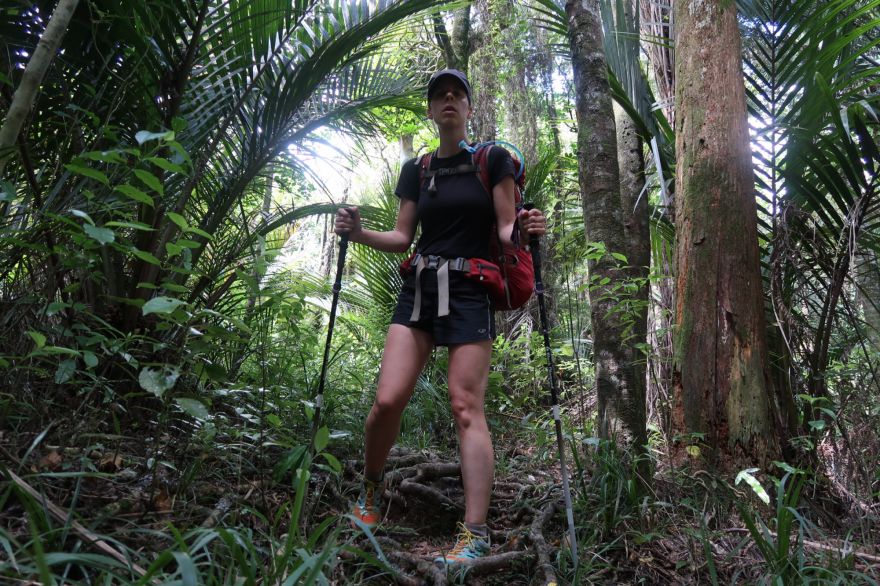 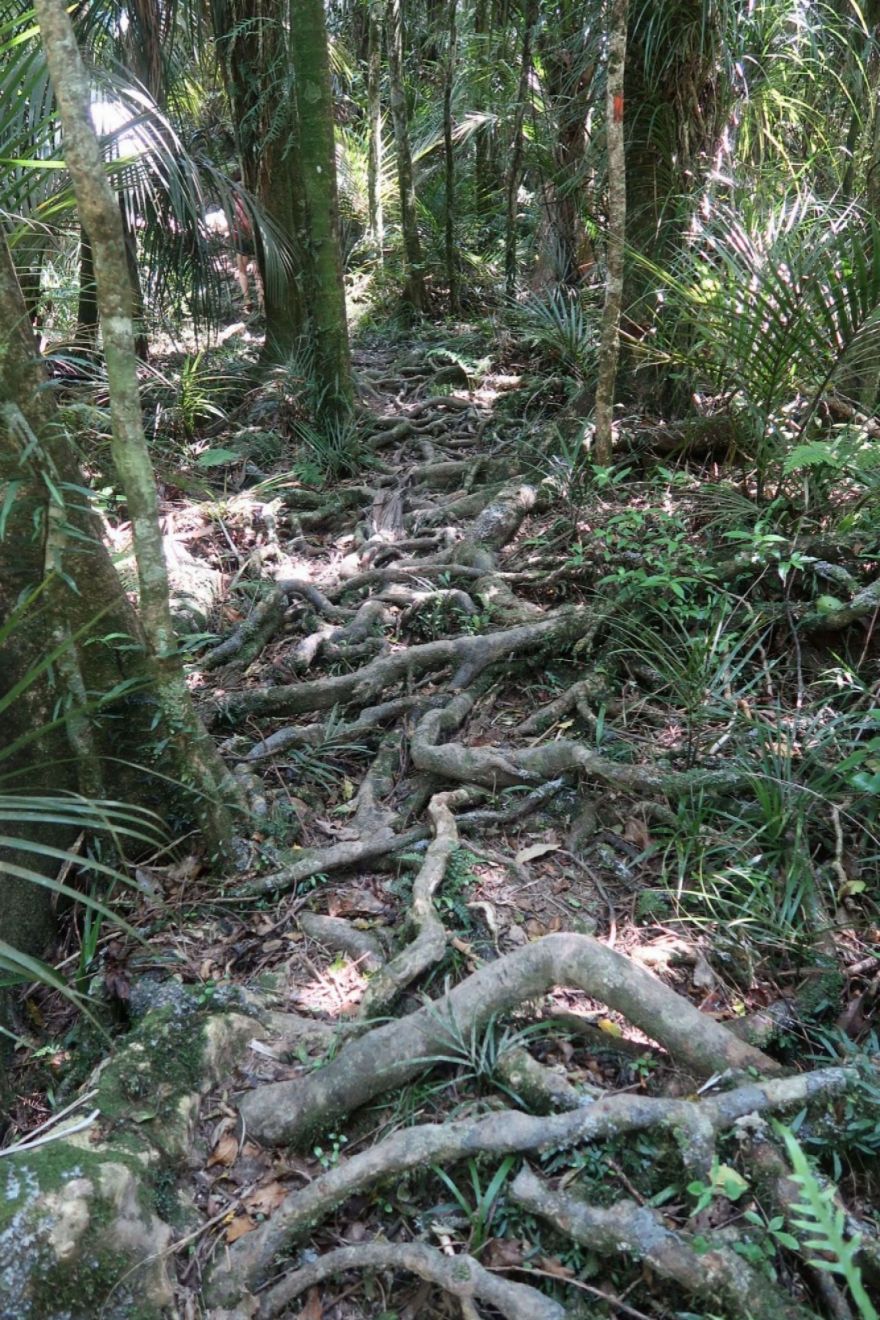 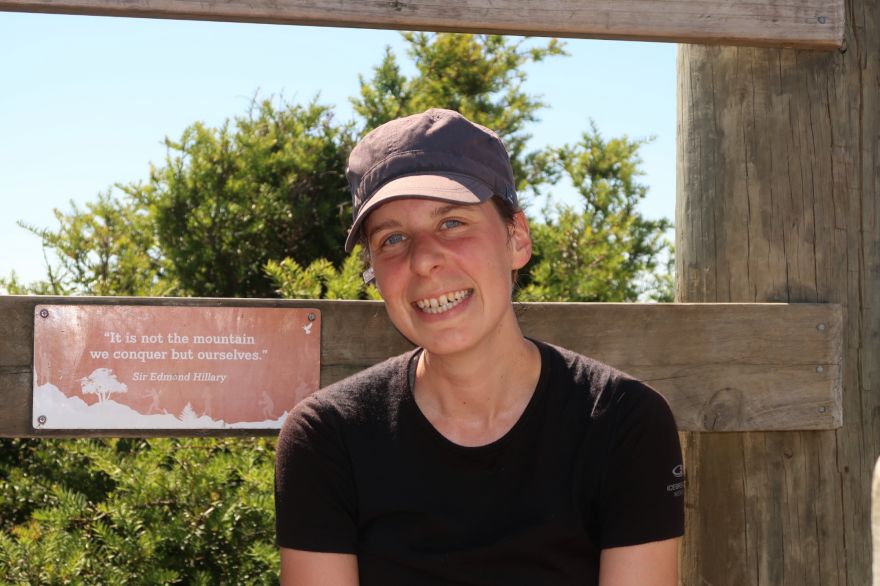 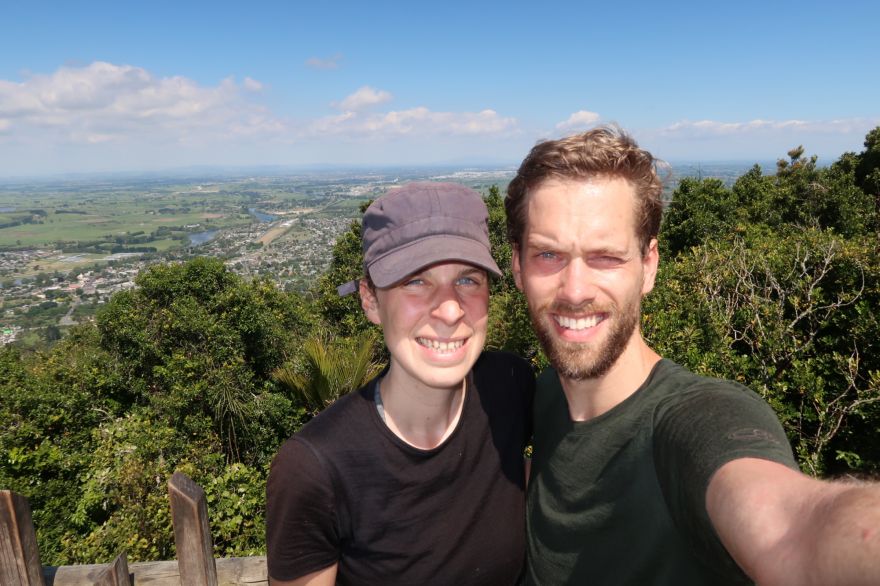 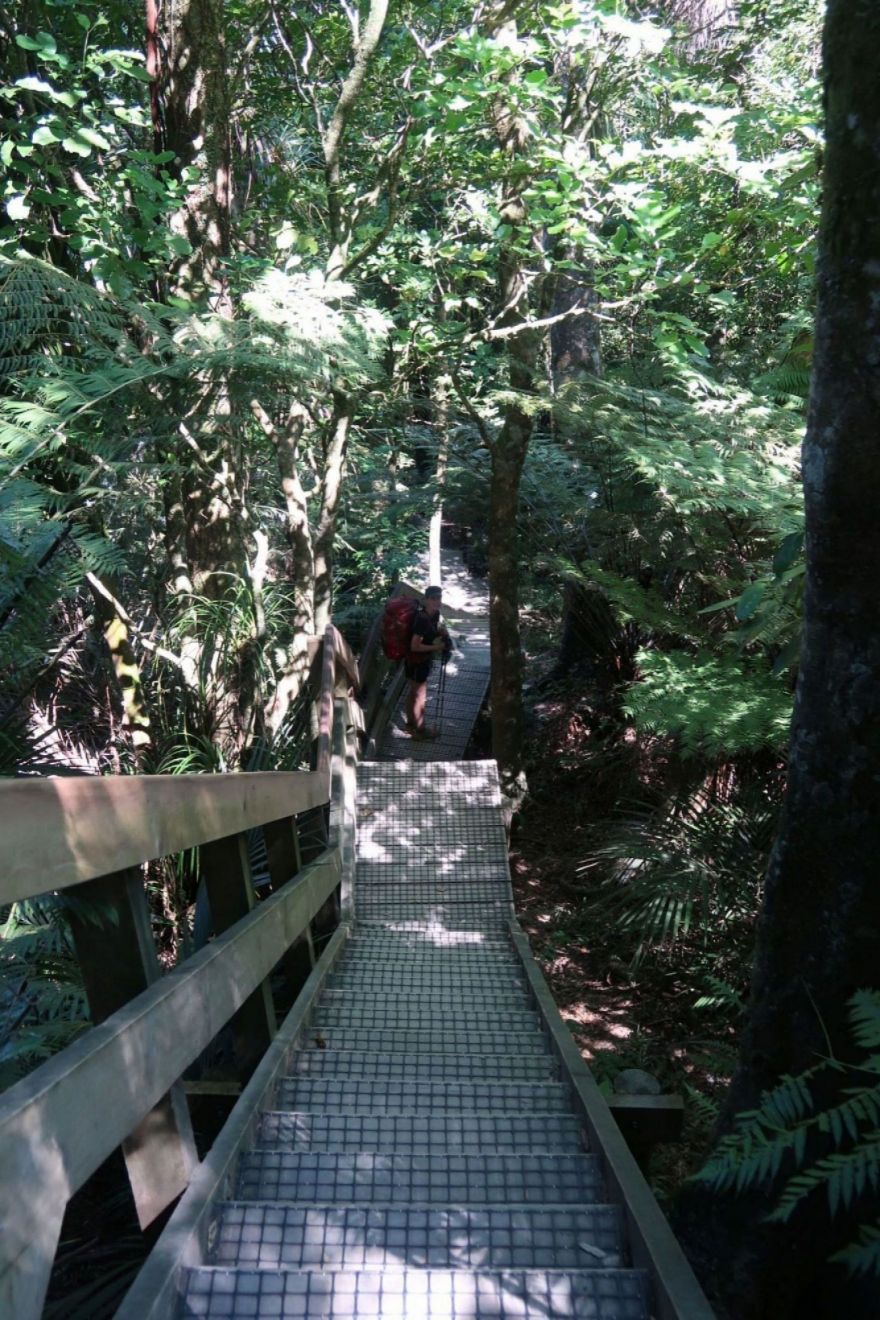 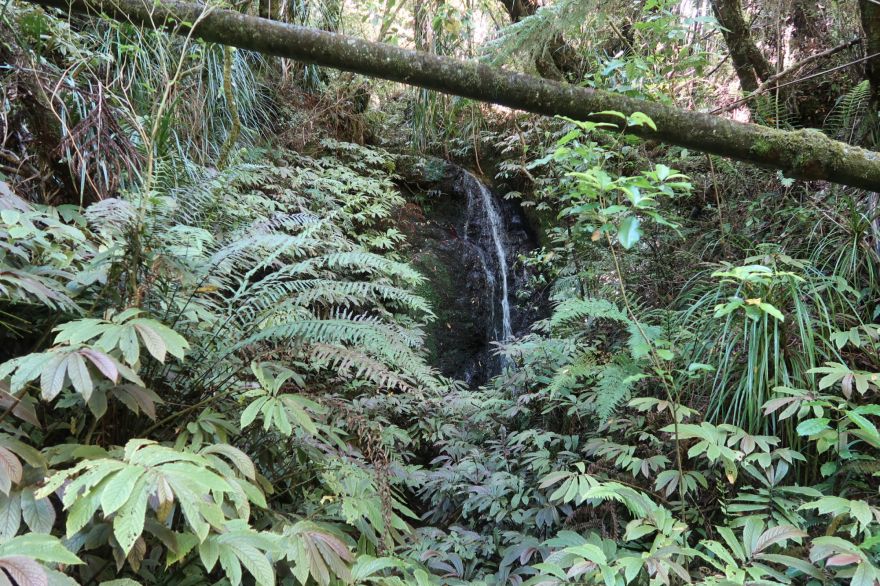 From Ngaruawahia to Hamilton, we followed a cycle and walk way along the Waikato River. Although the scenery was beautiful, 20 kilometers of concrete was a bit too much. After about four hours of walking, we arrived in Hamilton. We made our way to the Trek ‘n Travel store to buy new shoes for Marjon. Subsequently, we went to the post office to send both our new shoes ahead. 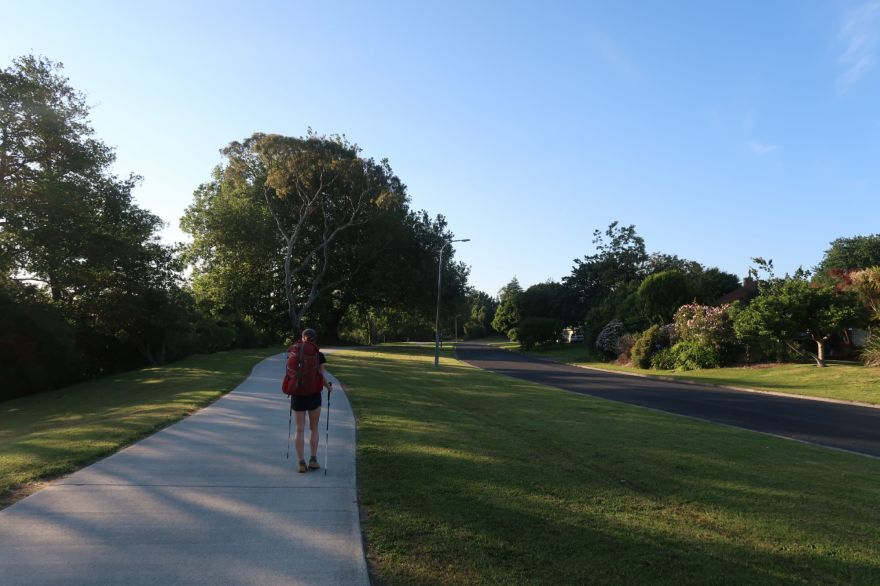 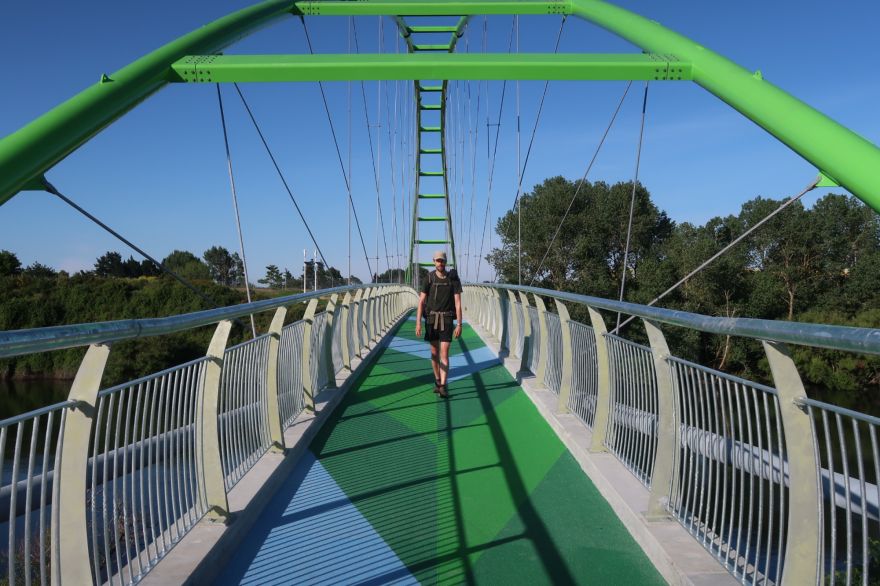 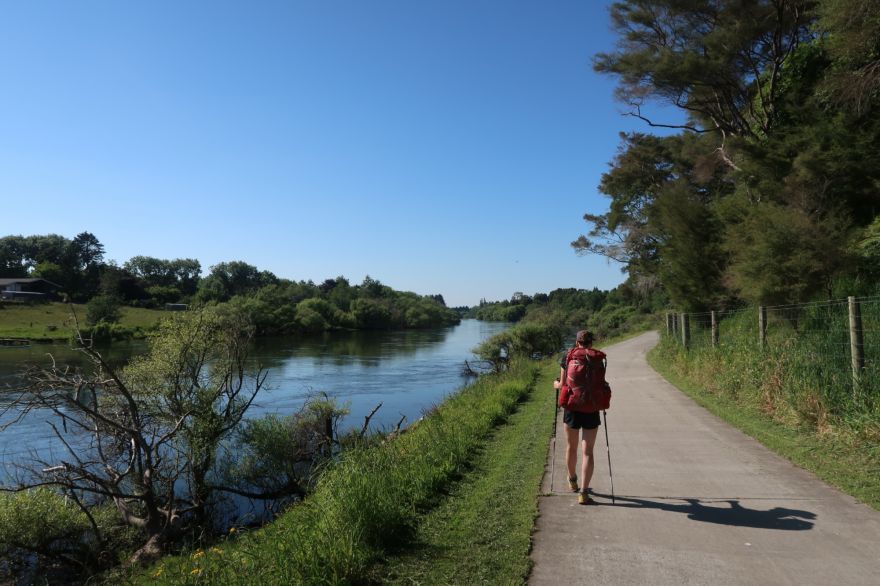