Te Araroa: from Waipu to Pakiri

Our plan was to continue on Sunday and walk from Waipu to Mangawhay Heads. However, we very much enjoyed our accommodation, that we decided to stay another night. On this unplanned rest-day, we visited the supermarket to get some breakfast, the rest of the day, we did absolutely nothing. We both finished a book, that is probably the highlight of the day.

The following day, we left at 7am. We followed the Te Araroa Trail along a long and winding road. First, we followed a sealed road, followed by a gravel road. This gravel road ascended a hill and winded through a recently felled forest. Eventually, we followed the trail onto a small bush track. We exited the forest via a steep road. We made some extra meters by following a new walkway. Although the track was in good conditions, the scenery was not different from what we had seen earlier this day. From there, we followed another gravel road until the trail veered right into a paddock. After a while, we had to climb an insanely steep paddock. Not difficult, just steep. The rewards, however, was worth it. Once we reached the top, we entered the Mangawhai Heads Cliff Walk, which provided beautiful views on the ocean. We followed the walkway until Mangawhai Heads Beach. From there, we walked to the Holiday Park. 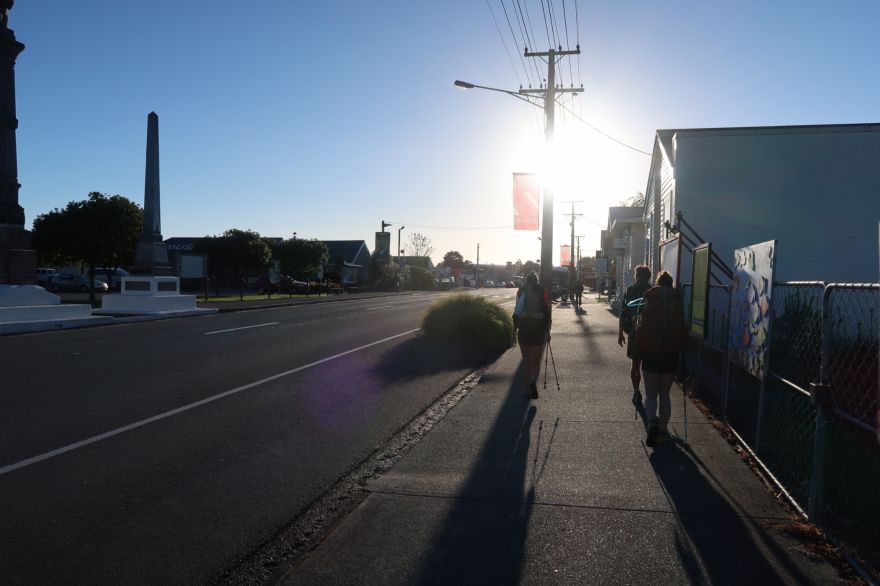 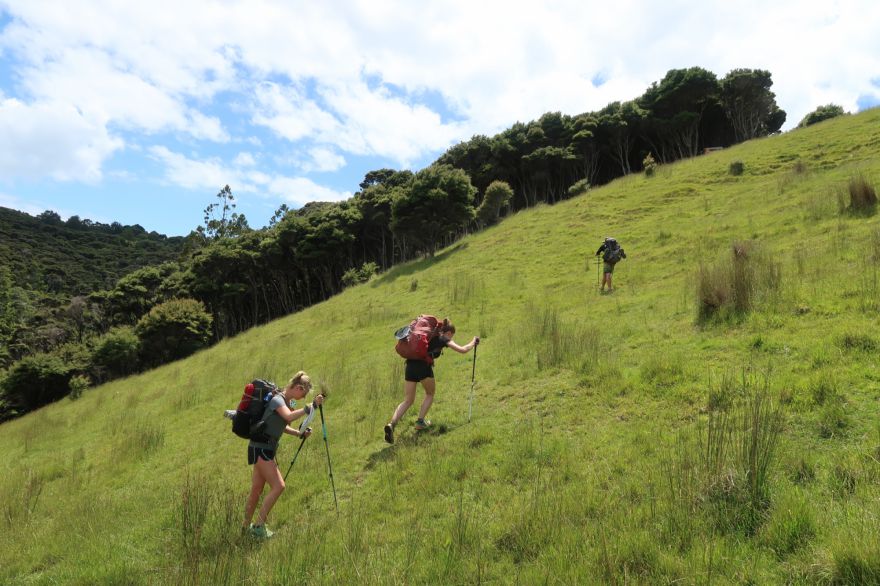 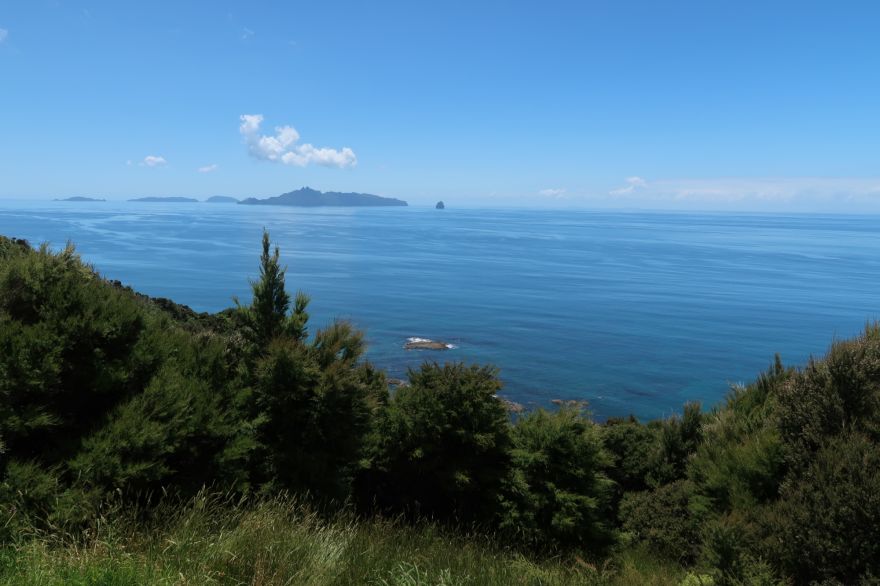 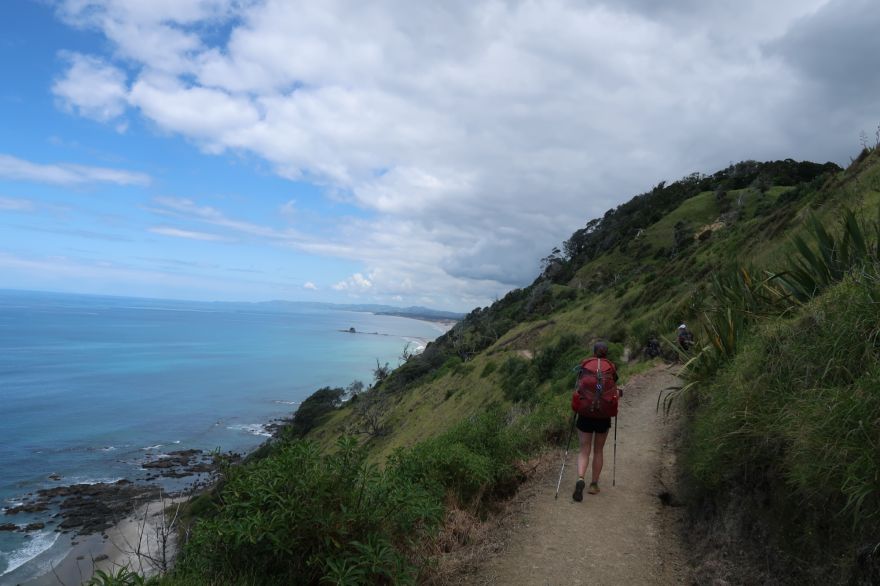 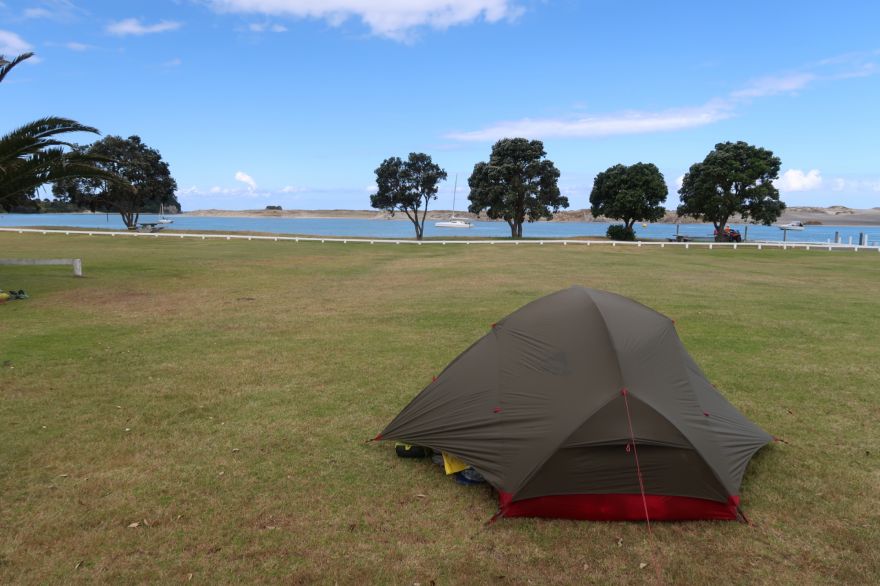 On Tuesday, we left the campsite at 6:50am. Two hours of road walking, eventually brought us to Te Arai Beach. According to the trail notes, we had to cross three rivers. We soon arrived at the first river where we just managed to cross. The water was a mere ankle deep.
We followed the track up to Te Arai Point. As we couldn’t see any markers, we first followed a wrong track that went into a beautifully sheltered bay. As we couldn’t go any further, we retraced our steps and followed the GPS to the correct track: up and over a small hill in order to prevent we had to over some climb boulders. Once on the other side of the hill, we quickly arrived at the beach again. Also the second river was not much of a big deal. Just before reaching the Pakiri Beach Holiday Park, we had to cross the third and final river. This time, with the tide coming in, the water was a bit higher. We think that especially this last river can be tricky when crossing it at high-tide. For us, two hours after low-tide, the water reached just above our ankles. 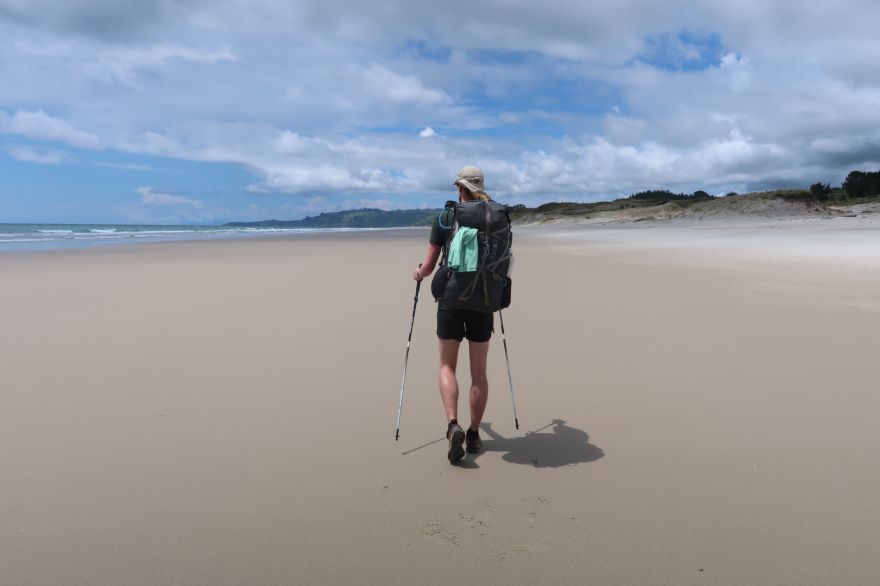 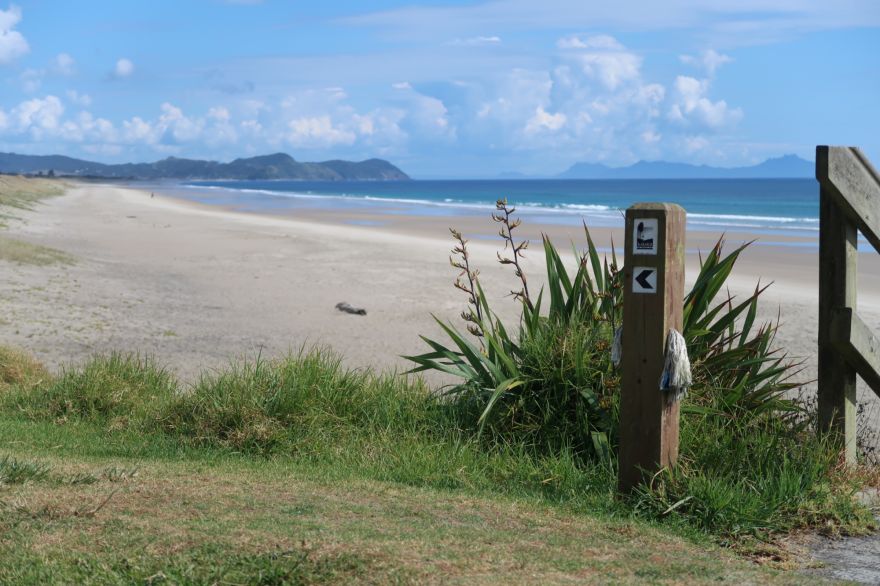 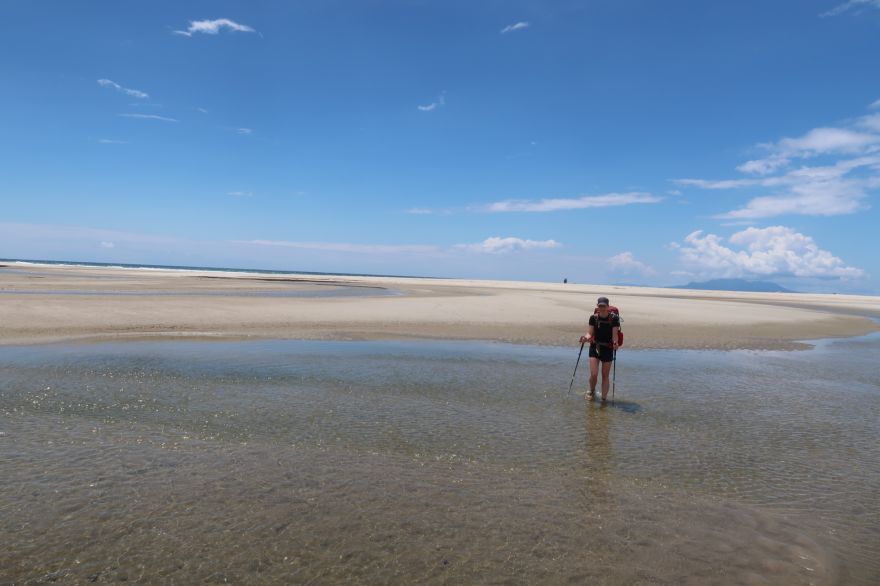 Once we crossed this third river, we arrived at the Pakiri Beach Holiday Park. Right on time, as the reception had closed just 5 minutes before we arrived for a two hour lunch break. Well, we had to lunch as well, which we did in front of the reception. As soon as the reception opened again, we got ourselves a tentsite for the night. 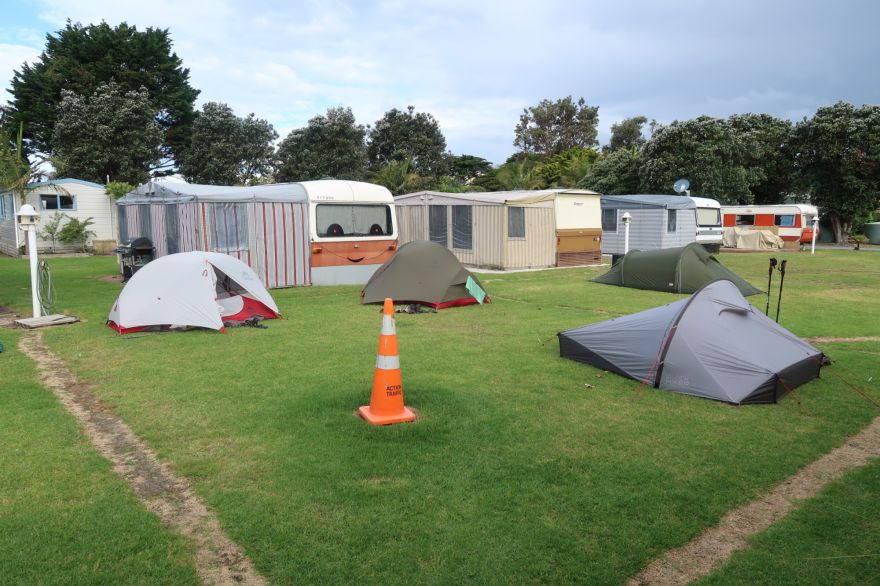