We could have continued right away, however, we thought it would be a good decision to take a rest day to give Marjon her leg as much rest as possible. On our rest day, we organized a shuttle back to the Te Araroa Trail (as Te Anau is not on the trail). Sunday morning, we arrived at 6:50am at the location we were supposed to be picked up. The shuttle didn’t arrive until 7:15am. Half an hour later, we were dropped near Princhester Road. The other people in the bus didn’t understood why we got off here, as it seems to be in the middle of nowhere. Well, it is in the middle of nowhere! From the start of Princhester Road, we walked about 5 kilometer, following a farm road towards Lower Princhester Hut. Just before 9am, we arrived at Lower Princhester Hut. We stepped into the hut to sign the intention book and found out that everyone inside was still asleep. 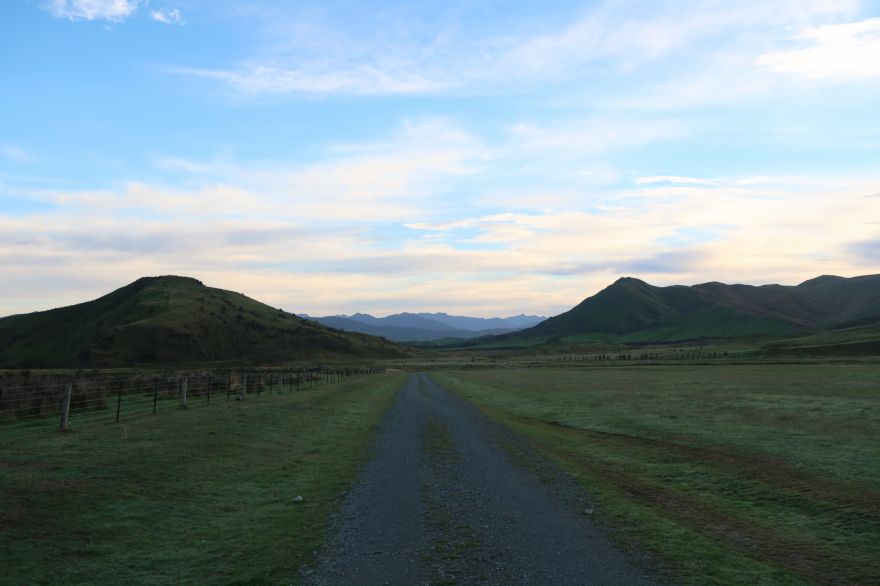 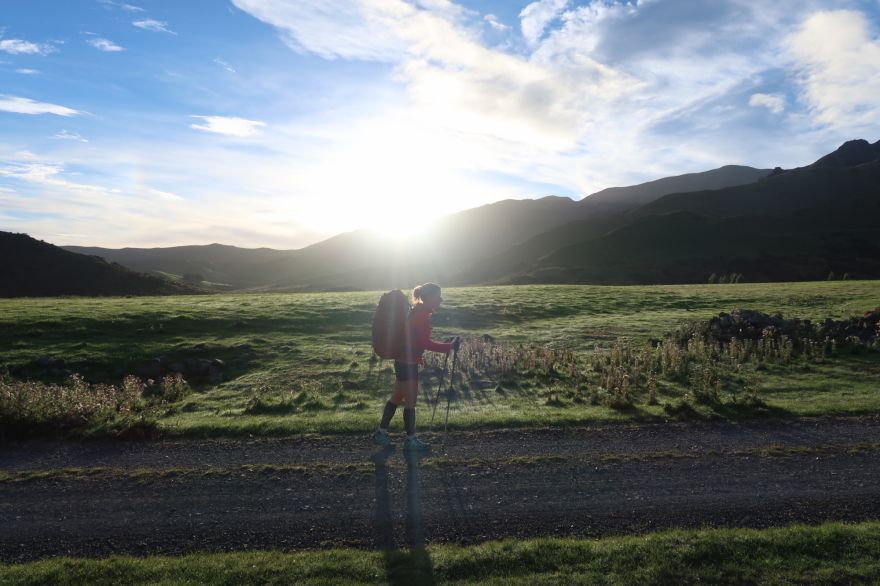 We took a short break and continued south. We walked into the forest and the track quickly turned into a muddy forest track. Tree roots everywhere, fallen trees and mud and other obstacles to make it fun. We are back in the New Zealand bush! After about an hour on a narrow track, we stumbled upon two hunters. They had been hunting the evening before and were now on their way back with backpacks full of meat. We talked with them for about 20 minutes. We were offered a complete shoulder of a deer. But having nowhere to leave it, we declined this generous offer. 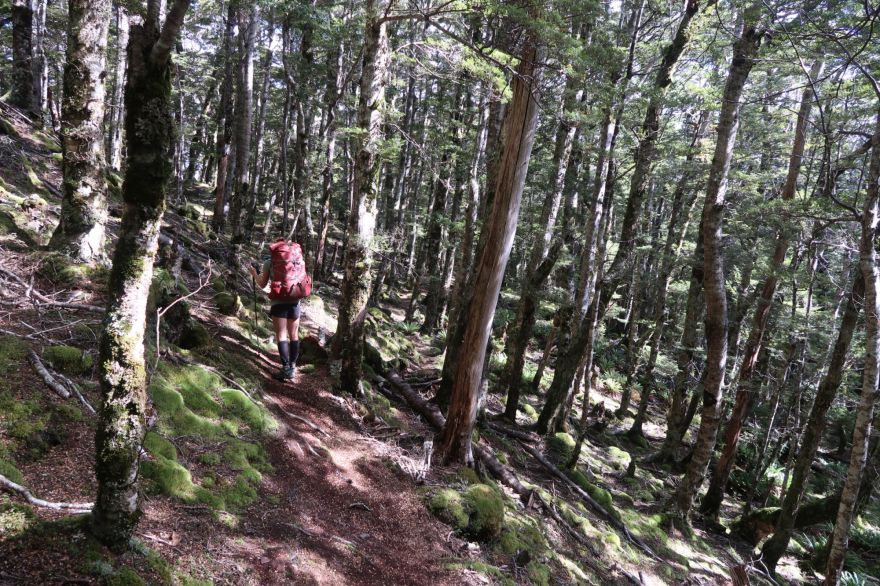 According to the hunters, the track south would become better soon. We don’t know where they walked, because the track didn’t improve at all. There were maybe less fallen trees, but there was way more mud. Suddenly, Marjon slipped and dived head down to the ground. Because we were on a descend, she slid down a bunch of tree roots and ended up on her stomach two meter further. Not sure if she was okay, Jasper jumped down and dropped his pack. We don’t know how, but Marjon only had a few bruises on her legs, but no other injuries. Marjon took her backpack off in order to stand up again. After a second check, she was still fine and we continued our way.
Four-and-a-half kilometer further, we left the bush behind and this is where the real fun started. We followed the trail through short sections of bush, tussock and bogs. Especially on this last terrain, you didn’t know if you were stepping on grass or in a deep pool of mud. Every step was a surprise where your feet would land. More than once, we both stepped into a deep pool of stinky mud. After a few slow going kilometers, we arrived at the Aparima Hut. To our surprise, there was nobody else. However, shortly after we arrived, a solo female lady arrived. She, however, preferred to sleep in the old hunters cabin and left the hut to us. 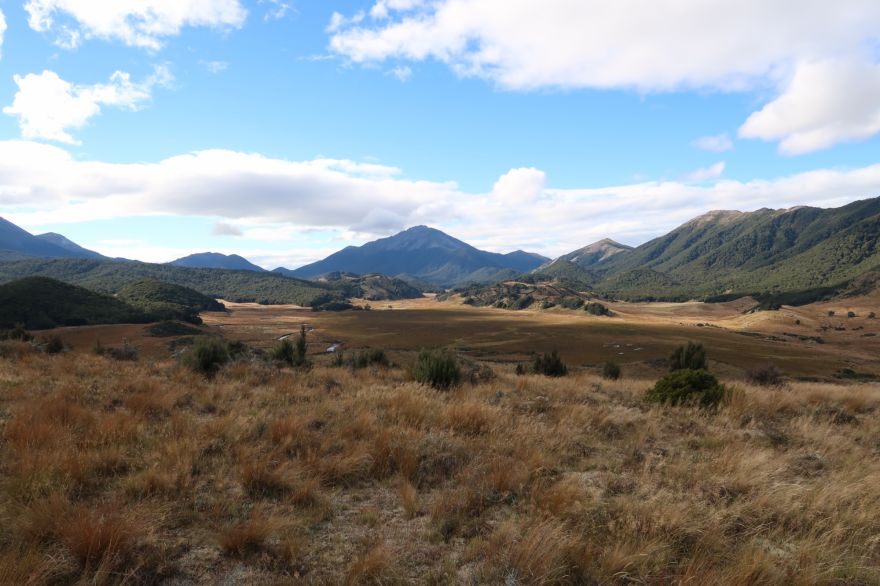 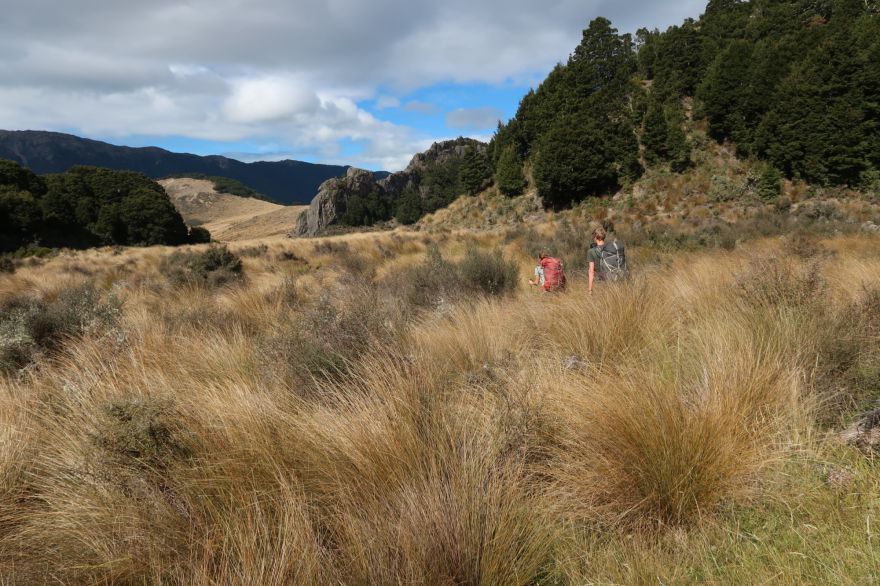 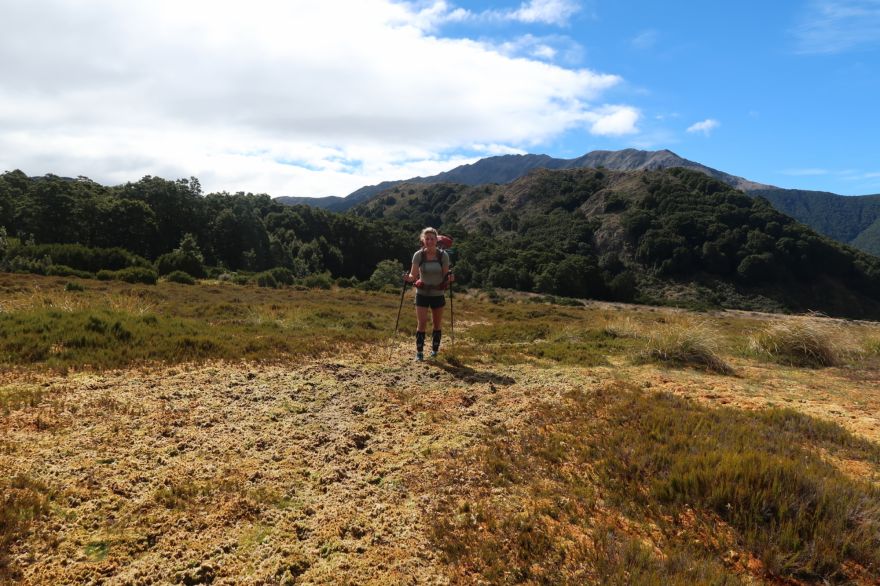 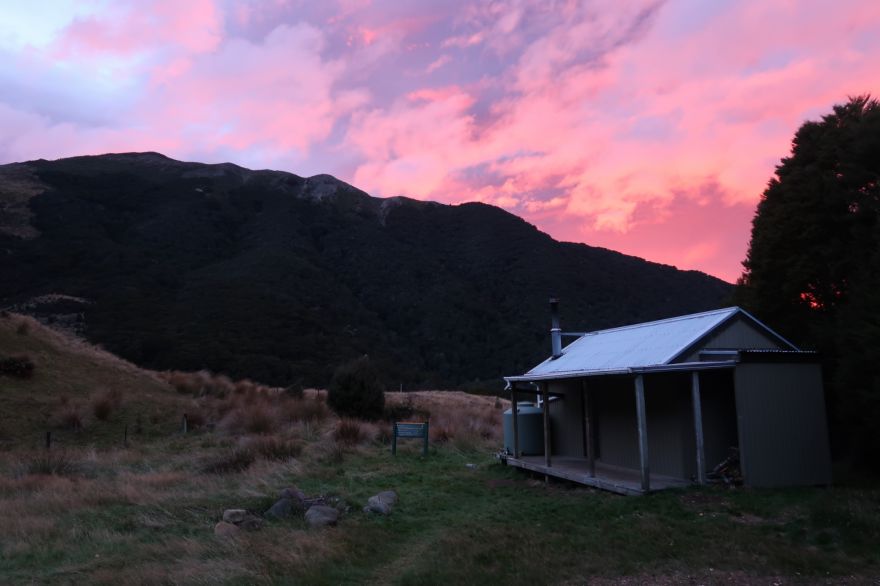 It was almost 8am when we left Aparima Hut. Near the hut, we noticed a DOC sign, saying it would be 8 hours to the next hut. Five minutes later, when we crossed a suspension bridge, we noticed another sign. This sign told us it was 6 hours to the next hut. These two hours went really quick!
We followed the trail back into the bush. According to the trail notes, the trail is poorly marked. However, we found a well-marked trail. Almost every tree had a marker. However, even without any markers, the trail would still be easy to follow. After 4,5 hours of easy hiking, we arrived at the Lower Wairaki Hit. 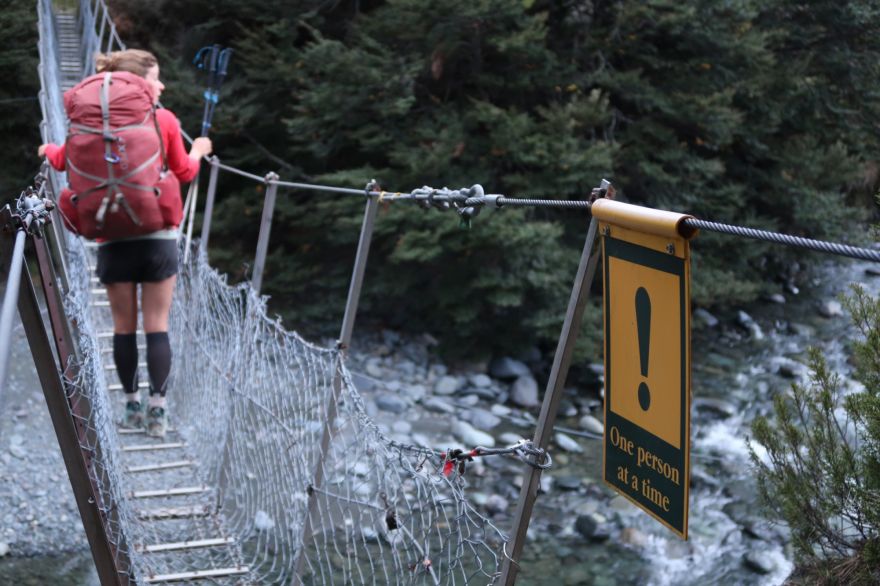 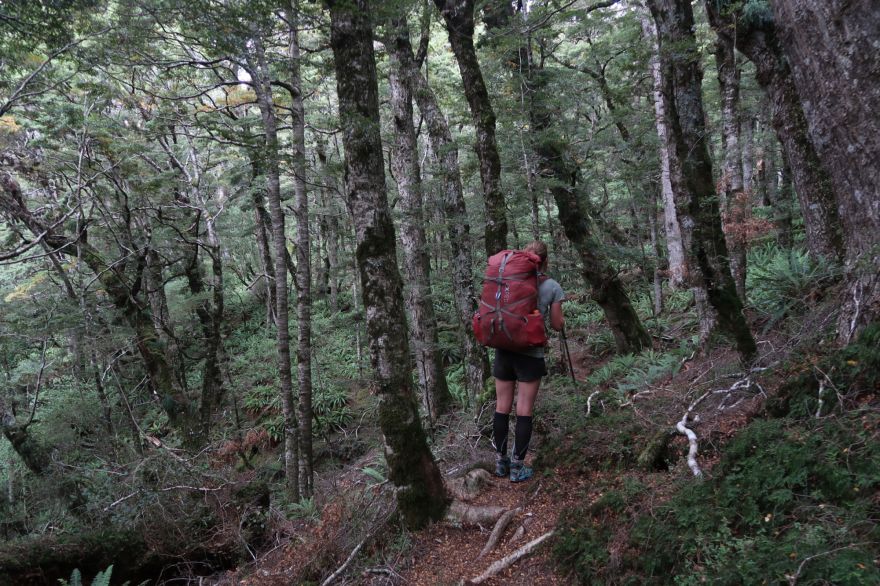 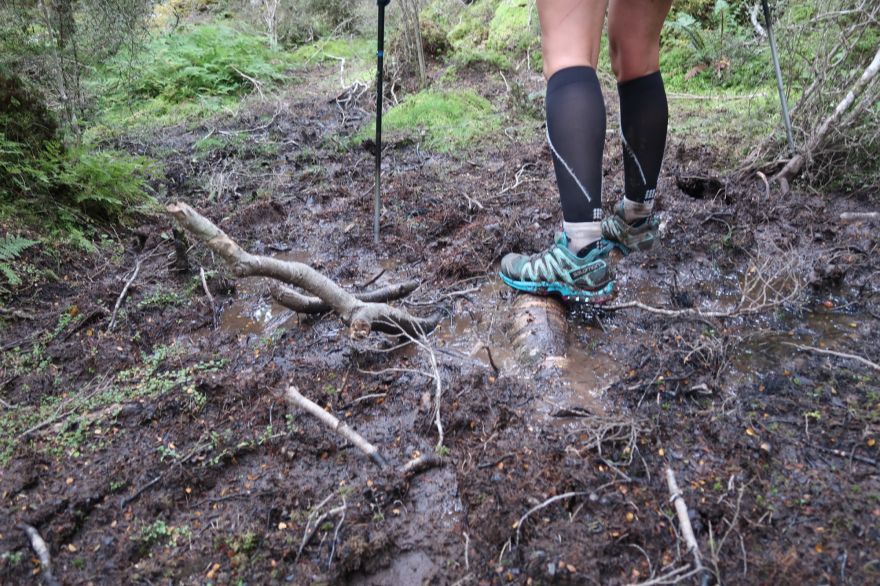 Just when we arrived, it started to rain. We therefore took shelter in the hut. We had good hope that the rain was just temporarily and therefore took a long lunch break. We were right and after an hour, the rain did stop. We continued in a damp forest and steadily made our way to the final climb above 1.000 meter. The further we climbed, the steeper the track became. Because of the high humidity, sweat was dripping down our bodies. Suddenly, we stepped out of the bush and arrived at the open top at 1.024 meter. The wind was fiercely strong and tried to push us off the mountain. We took shelter behind a few large boulders. We had good hope to see the Bluff from this point. However, because of the low clouds, we couldn’t see the coast nor Bluff.
We had cellphone reception from the top and therefore phoned a farmer that has accommodation to ask for availability of tomorrow night. When that was done, we headed down. The descend was at some places a little tricky because of all the wet footing, but we made it to Telford Campsite in 3,5 hours (including our long break at the top). We quickly found out that all the horror stories of Telford Campsite were true: there are literally billions of sandflies waiting for tired hikers to show up. While we were attacked by sandflies, we quickly set-up our tent. Once in the tent, we spend about an hour trying to kill all sandflies in our tent. We didn’t got out of our tent until it was dark. But even then, the sandflies kept attacking. 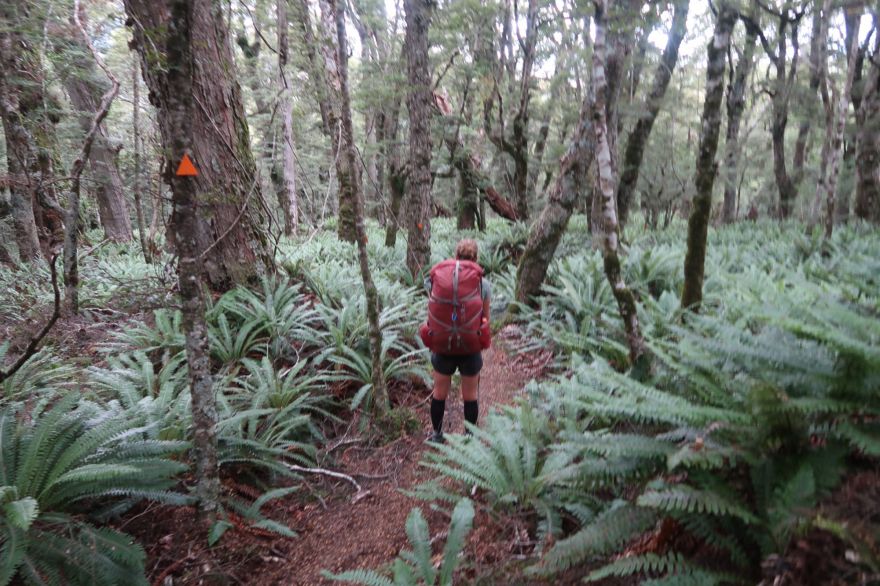 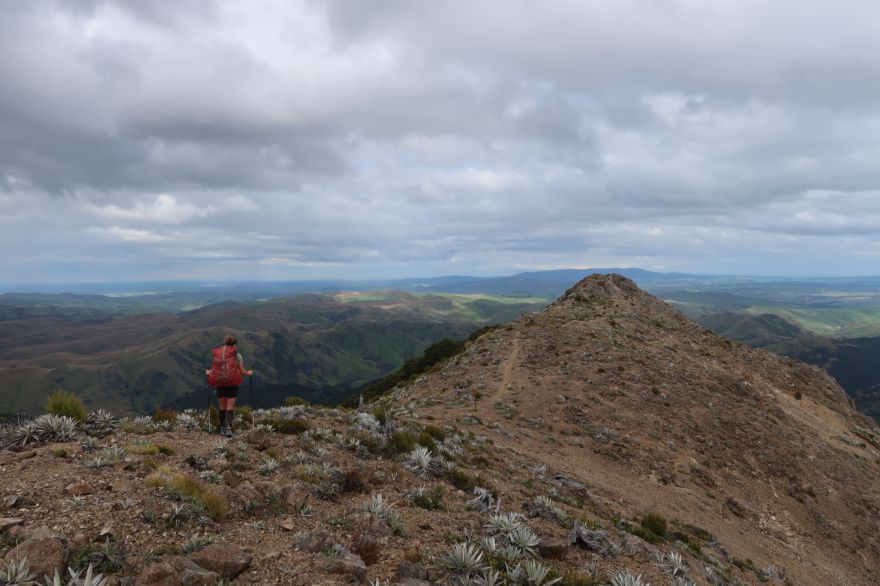 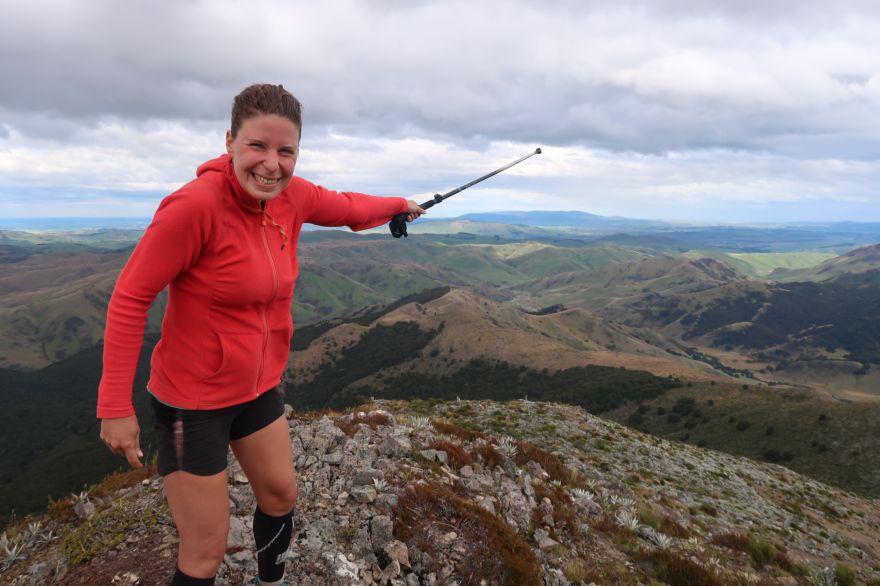 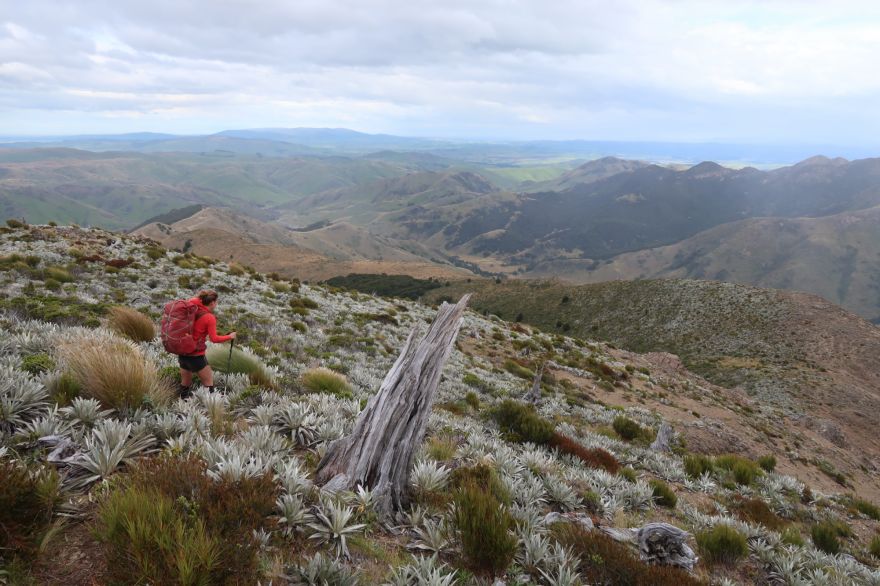 Mt Linton Station is the largest farm in New Zealand. The full 28 kilometers that we will be walking today, will be on the ground of Mt Linton Station. We have heard many horror stories of Mt Linton Station: the route is difficult to find and when you take a wrong turn, the farmer will escort you off his property. This ‘attitude’ is because other hikers have ruined it for us: they left gates open so that stock can wander away and camped on land of Mt Linton Station while it is clearly noted in the trail notes that this is not allowed.

To beat the sandflies, we packed our tent while it was still dark. In the first light of the day, we started hiking. Within five minutes, a loud scream was heard over Mt Linton Station. This time, it wasn’t Marjon who fell, nor was it Jasper who stepped into a bog. It was way worse. While stepping over a stile, the right shoulder strap of Jasper his backpack had broken. Not an ideal timing, because we were literally in the middle of nowhere. With the help of a biner, we were able to make a quick fix. We hope we can still make it to Bluff. 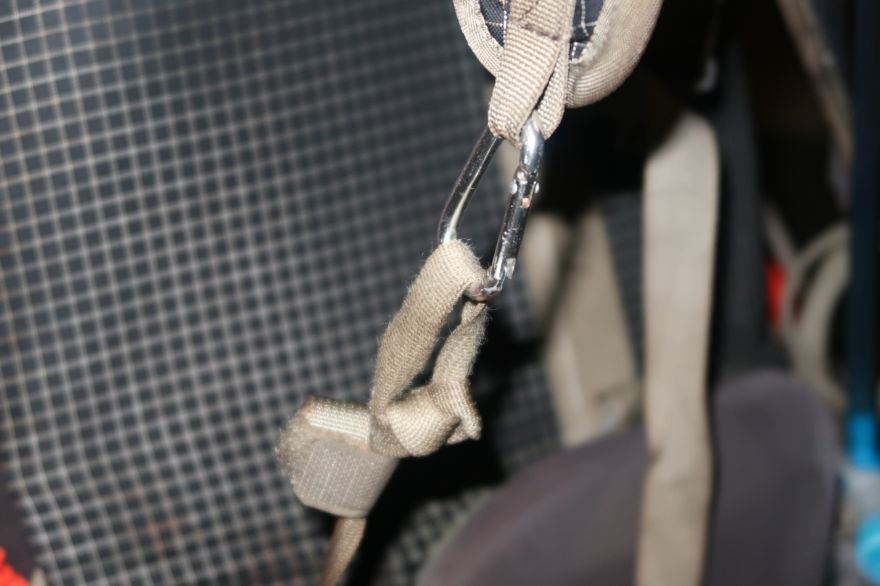 Once on Mt Linton Station, we crossed the river and followed a 4x4 track up a mountain. On the other side, we descended and climbed and descended for the remainder of the day. Almost entirely on 4x4 tracks. The track was well-marked. At some points, you had to look for the next marker, but is was never difficult to navigate. Only once did we take a wrong turn, but when we back traced our steps, we had clearly missed a marked. That was our mistake and not because of a poor marked track. We therefore do not understand why there are so many horror stories of Mt Linton Station. We certainly enjoyed walking there. At 3pm, we left Mt Linton Station and continued to a nearby private cabin that we had booked. 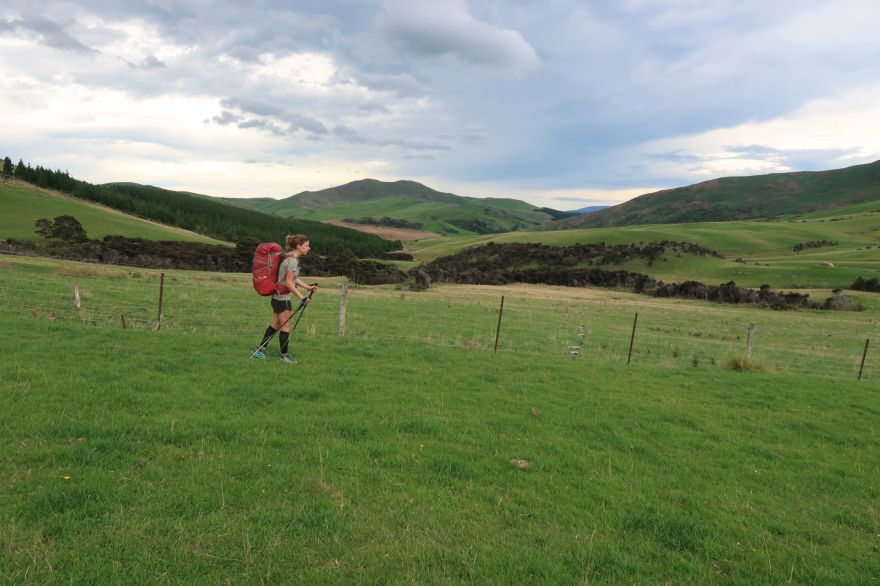 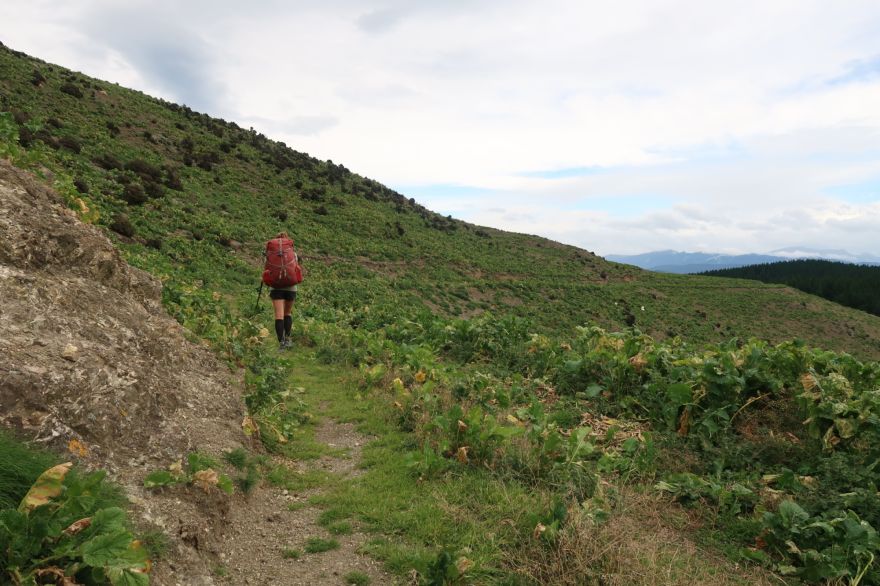 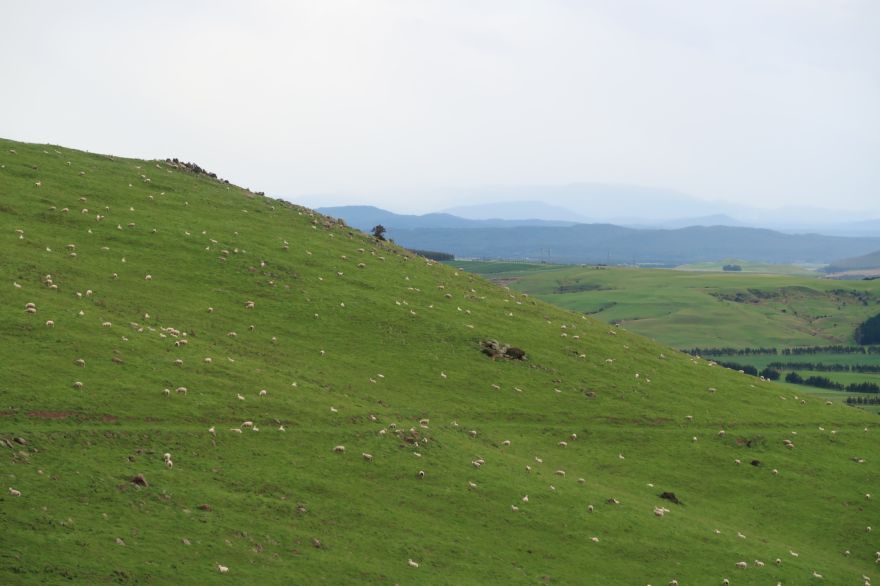