We enjoyed our first rest day in Ahipara: after sleeping in, we did some groceries. We walked to the only shop of Ahipara. Although they had everything we needed, we would have gone bankrupt if we bought our groceries there. Overly expensive. Therefore, we hitched to Kataia. The Maori guy who gave us a ride had a Dutch friend in Kataia. Before we realized, he dropped us at her store. Right. An awkward moment later, we left her store and headed for the supermarket. In this huge supermarket, it was a challenge not to buy to much for our next 5 days on the trail. With bags full of supplies, we took a taxi back to Ahipara with a fellow hiker (we fancied that hitching with all these shopping bags would not be that easy, that is why we opted for the taxi instead).
Back at the campsite in Ahipara, we re-packed all our supplies and played some table tennis with fellow hikers. Right before we were about to settle for the night, another hiker approached our tent and asked if she (Nadja, from Germany) could walk with us through the Northlands Forests. Of course we said yes.

On Saturday, it was finally time to head into Herekino Forest. The first of three Northland Forests. At exactly 7am, we left the campsite in Ahipara. From there, we had to walk about 7 kilometer to the start of the trail through Herekino Forest. 7 kilometers of tarmac. And also almost the entire 7 kilometers up hill. After 1.44 hour, we arrived at the trail head. While we were catching our breath, other hikers arrived. Including a local guy who had a backpack of 21kg. OMG! After eating lots of energy bars, we finally set of at around 9:15am. 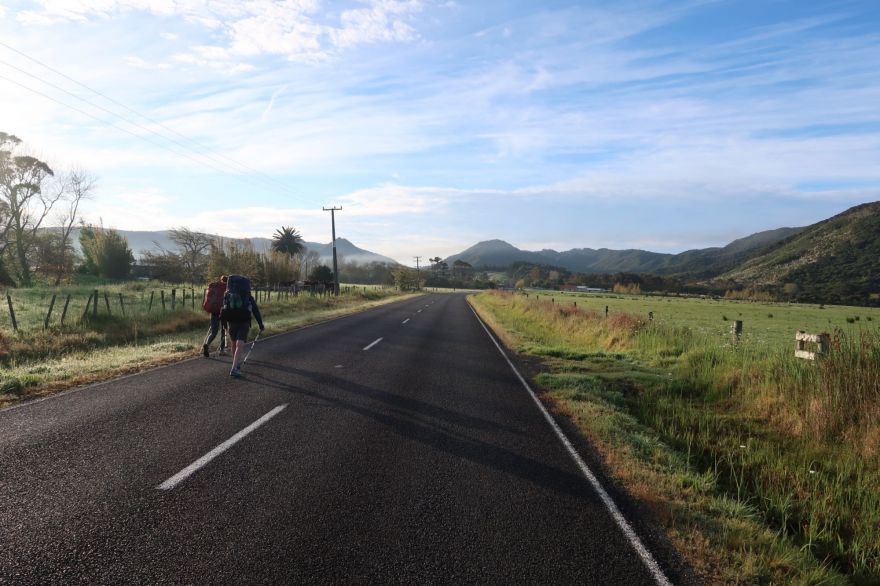 It took only 5 or so meters, before the forest engulfed us: we were literally walking through a dark green tunnel. Although there was a lot of mud, you could walk around most of it. However, this required to pay attention constantly. When Jasper, for example, fell back because he was taking some photographs and tried to catch up again, he missed one tree root, slipped and launched himself in to the mud. Not the best way to start a hike through Herekino. Luckily he was uninjured, which was not entirely the case for his walking pole, which now had a nice S-curve. 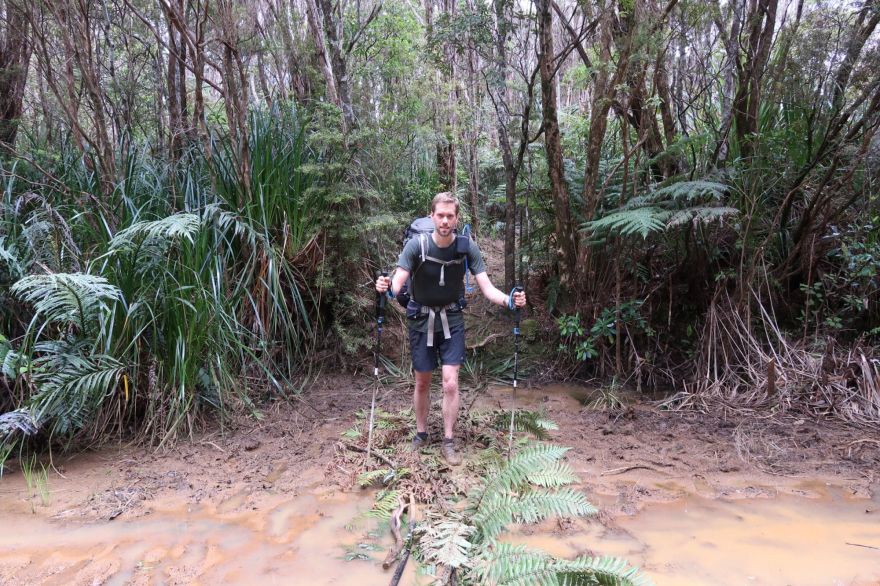 The track was at points pretty difficult to negotiate. Especially when we had to cross two small streams. The streams themselves were not difficult, but the ascend and descent were! Read: very steep and even more slippery clay made it difficult to first get down to the stream and subsequently get up the bank on the other side of the stream. When crossing the second stream, Marjon decided to take a little mud bath: because of the slippery clay, she first fell face-forward in to the mud. But when trying to stand upright again, she fell backwards in to the mud. Normally, you have to pay big time to get a mud treatment like this, but here she was able to get herself covered in mud in just seconds. 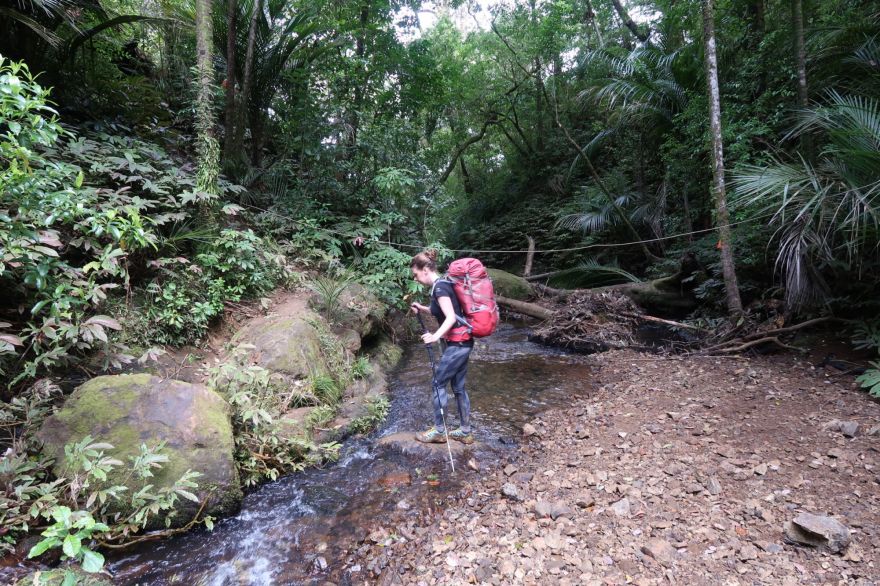 Walking in the mud was pretty exhausting. However, after everything we read and heard about Herekino, we expected it to be far worse (although we probably have been lucky with the weather; it hasn’t rained for a few days now). The length of the track, however, was much longer than we expected; it was never ending! We finally emerged from the forest at 18pm. Meaning it took the entire day to walk just 15 kilometers. Luckily, we soon found the Tramp’in Lodge, built by a local farmer at the end of Herekino Forest. A bit sketchy, but a perfect place to spend the night after an exhausting day in the forest. 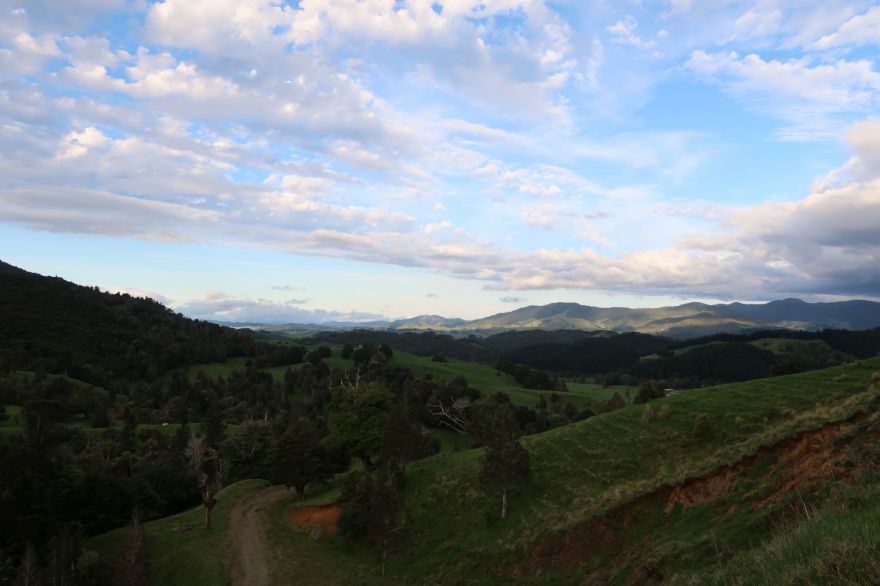 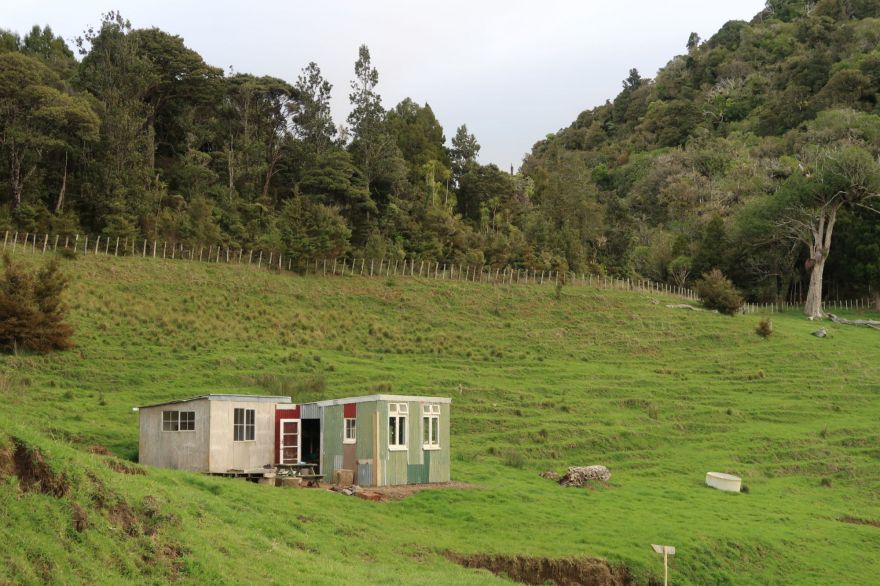 On Sunday, we walked from the Tramp’inn Lodge to the start of the Raetea Forest. The track towards Raetea Forest, primarily followed gravel roads. Although the views were nice, they was nothing specifically to write about. However, because the old foresty roads constantly went up and down, the 14 kilometer to the start of Raetea Forest took longer than expected. Especially the last 2,5 kilometer (Takahoe Saddle Road) was steep up hill. However, at exactly 12 o’clock, we arrived at the entrance to Raetea Forest. Although there was plenty of time to proceed, we also knew we would not be able to get out of the forest today (and the number of potential camping spots in the forest is limited, while there was plenty of space here). We therefore opted to take some rest, spend the night just before the entrance to Reatea and try to complete Raetea Forest tomorrow. Just after we pitched our tents, we heard a car approaching. No way that there are cars using this (Takahoe Saddle Road) road. But yes, in fact 5 cars turned up: all 4x4’s, that were just able to pass our tents. 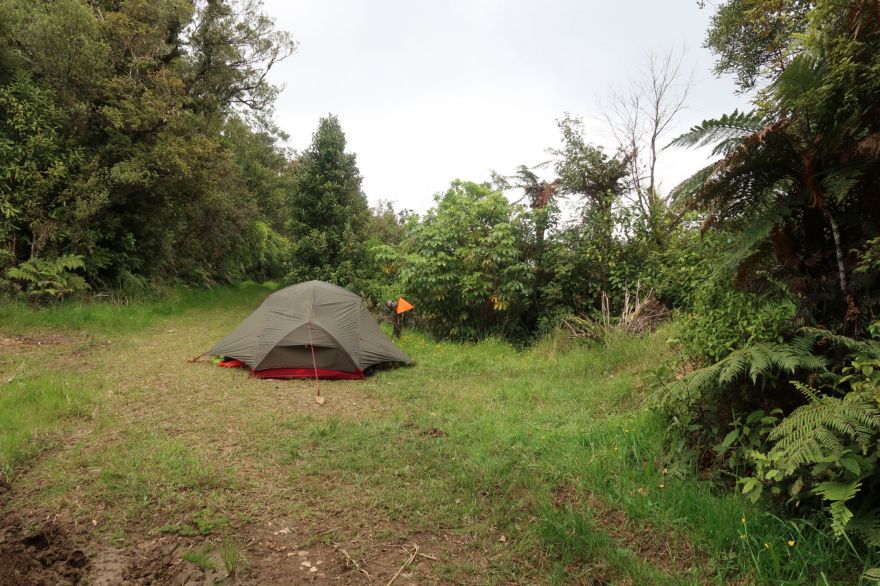 On Monday, we had set our alarm extra early. Our plan was to leave our campsite around 6:30am. We actually were ready a little early, meaning we left at 6:20am. Earlier would not have been possible, as soon as we entered the forest, we realized how dark it still was. With just enough light, we started our 15,5 kilometer walk through Raetea Forest. It all started with a long and steep climb towards the highest point of the day: 744 meter high Raetea Summit. Subsequently the track went down and up, down and up and down and up for the remainder of the day. We negotiated ‘summits’ of 727 meter, 638 meter and 445 meter high. Luckily, the track was not as muddy and/or slippery as the track in Herekino. However, because of all the fallen trees, the track itself was much more difficult to see. At some points, we actually needed to turn our GPS on to find our way back to the trail. Eventually, we escaped Raetea at around 4pm, followed by a long descend over a grassy hillside. Because of a total lack of marker poles, it was rather hard to find our way down. Once again, the GPS had to point us in the right direction. And when you finally think you have reached the road, there is courtyard of a farm we have to cross where we were being awaited by a large group of loudly barking dogs. It took some time before we realized that all dogs were chained up. But with all dogs jumping and barking, we made sure to walk through with a steady pace. Moments later, we met a farmer who was working on a fence. He told us that the field behind the fence would be turned into a campsite for hikers and that if we wanted we could stay there for free. Hmmm, we were planning to walk a bit further, but with such an offer… Half an hour later, our tents were up and we were cleaning our feet in the stream. Not a bad ending of another exhausting day. 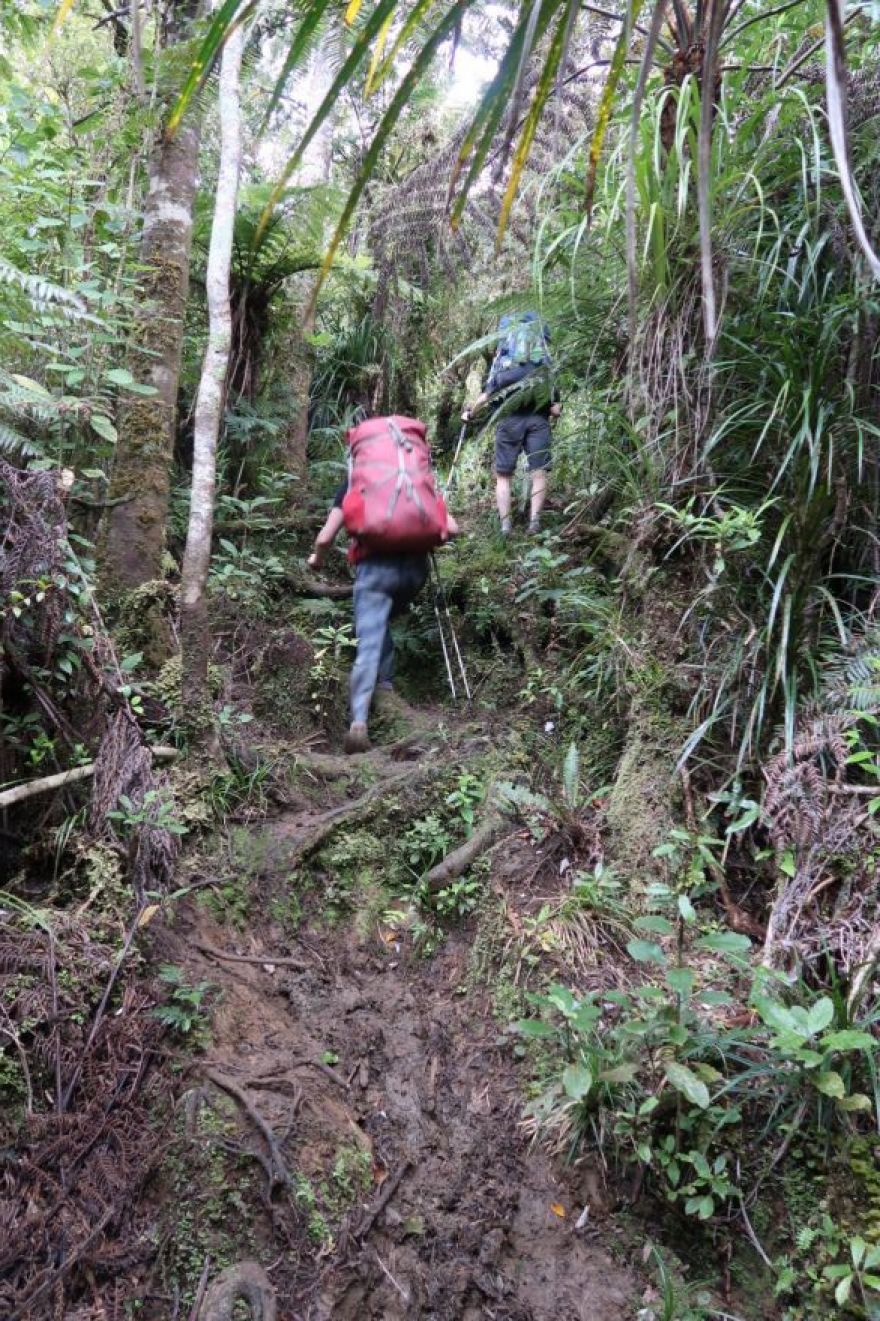 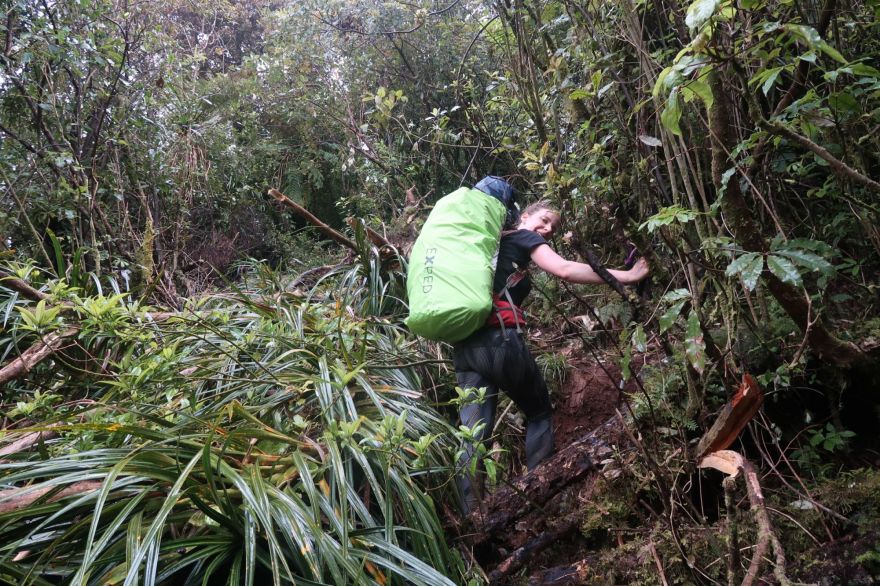 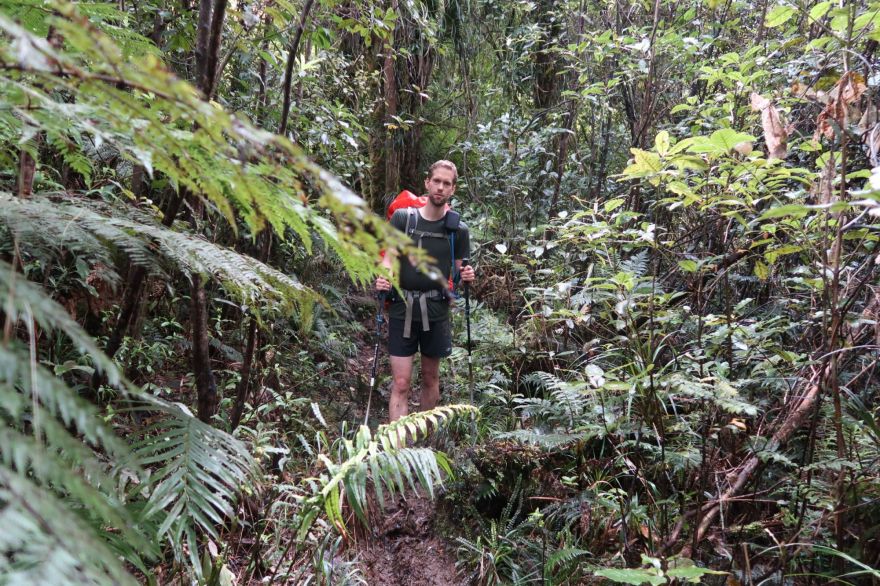 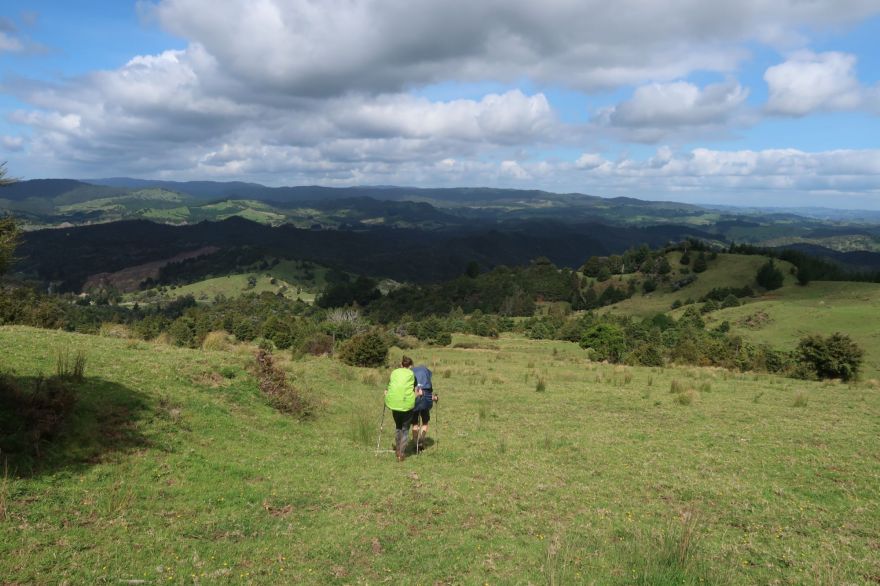 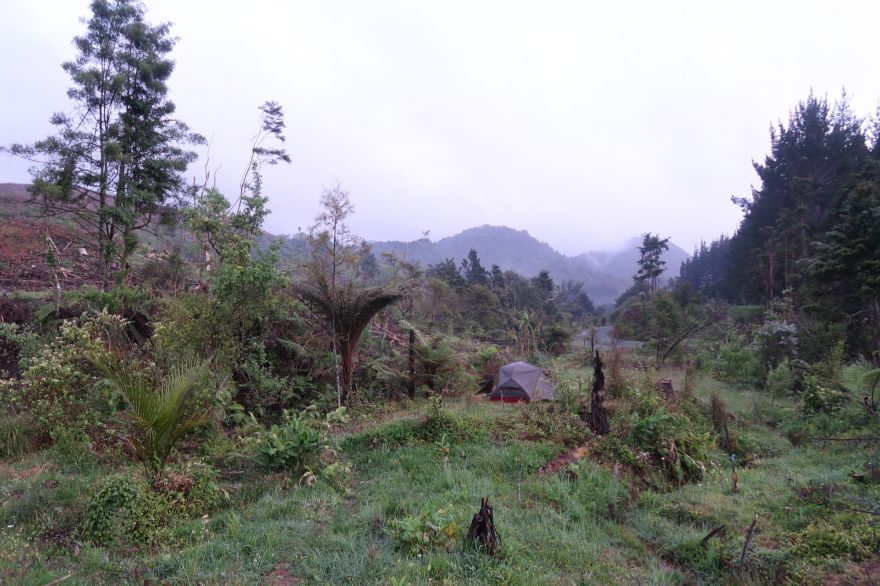 The following day (Tuesday), was another day between two forests: it started with an hour of road walking to a very small supermarket. We all enjoyed a second breakfast here. After taking way to much time for our second breakfast, we continued our way down south again. Via several gravel roads (including a 5 kilometer long climb), we finally arrived at Apple Tree Campsite (or Apple Dam Campsite, as it is also called). We arrived just after noon, but just as we did with Raetea Forest, we set up camp and took some rest. 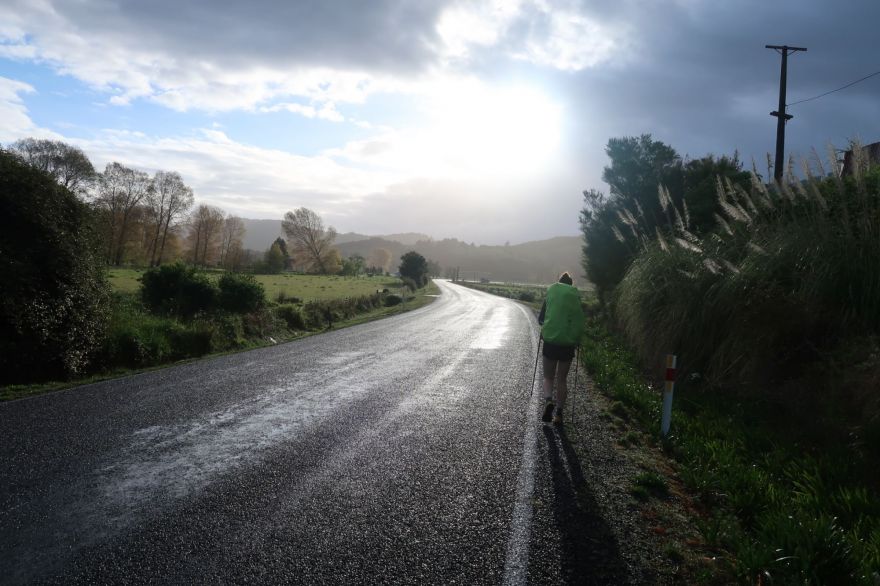 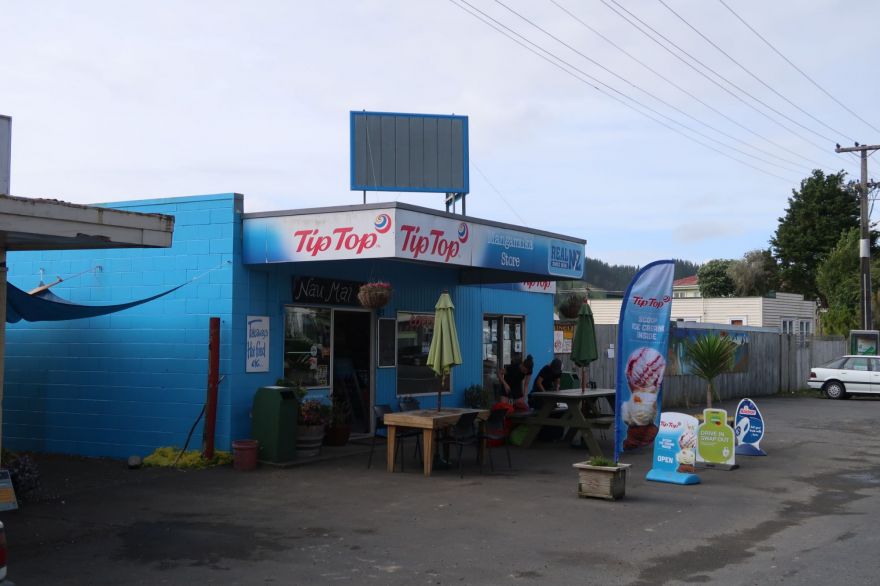 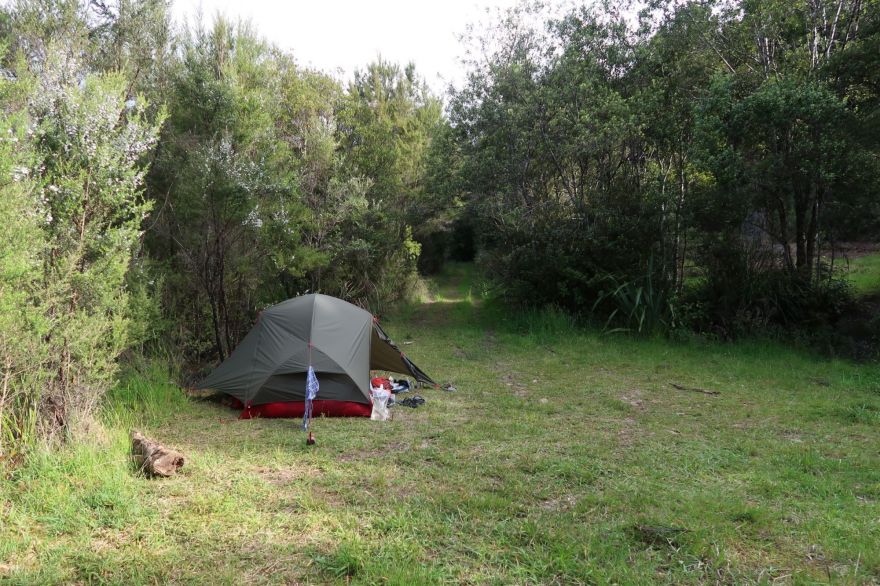 On Wednesday, we left our campsite at 6:30am. The first kilometers were easy: a gravel road and an easy track towards the Mangapukahukahu River. Because the Mangapukahukahu River runs through steep mountains on both sides of the river, the track through the river can only be done in good weather conditions. Luckily, the weather was good. We therefore followed the river for about 2,5 kilometer. And with following we really mean following: we literally walked through the river for 2,5 kilometer. In general, the water was just ankle deep, but at some points we had to wade through knee deep water. This entire river section was very spectacular, especially caused by the dramatic scenery. We crossed the Waipapa River after the Mangapukahukahu River merged with Waipapa River. Because the Waipapa River is larger, it is more difficult to follow the river bed. Instead, we followed a demanding track along the river. Steep, slippery and with lots and lots of obstacles, this track was exhausting and time consuming. After 3,5 kilometer, we had to cross the Waipapa River one more time before starting our ascend along the 3,5 kilometer long Pukatea Ridge Track. At some points, the track was pretty steep but no-way as difficult as the river track. The resulting 9 kilometer was a bit boring: a long and winding gravel road brought us to Puketi. As soon as we arrived at the campsite, it started raining. What you call luck. 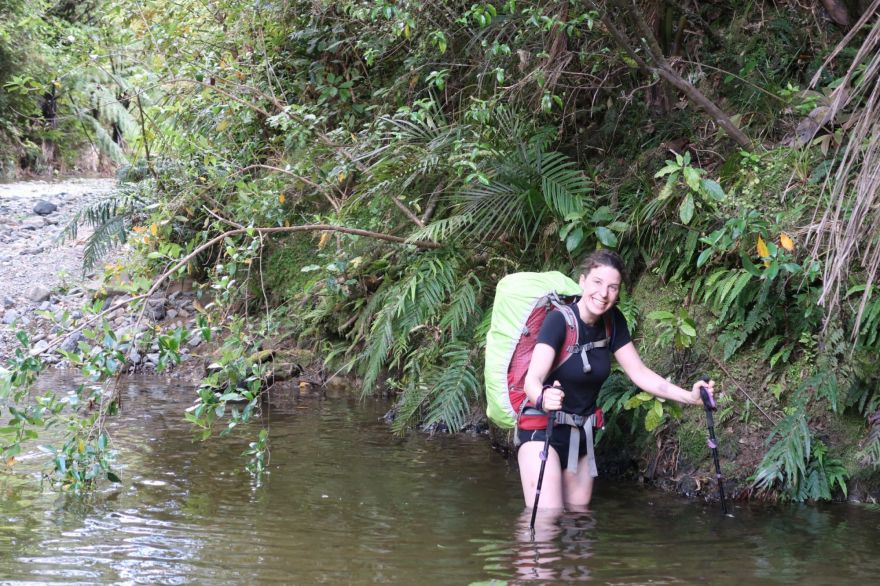 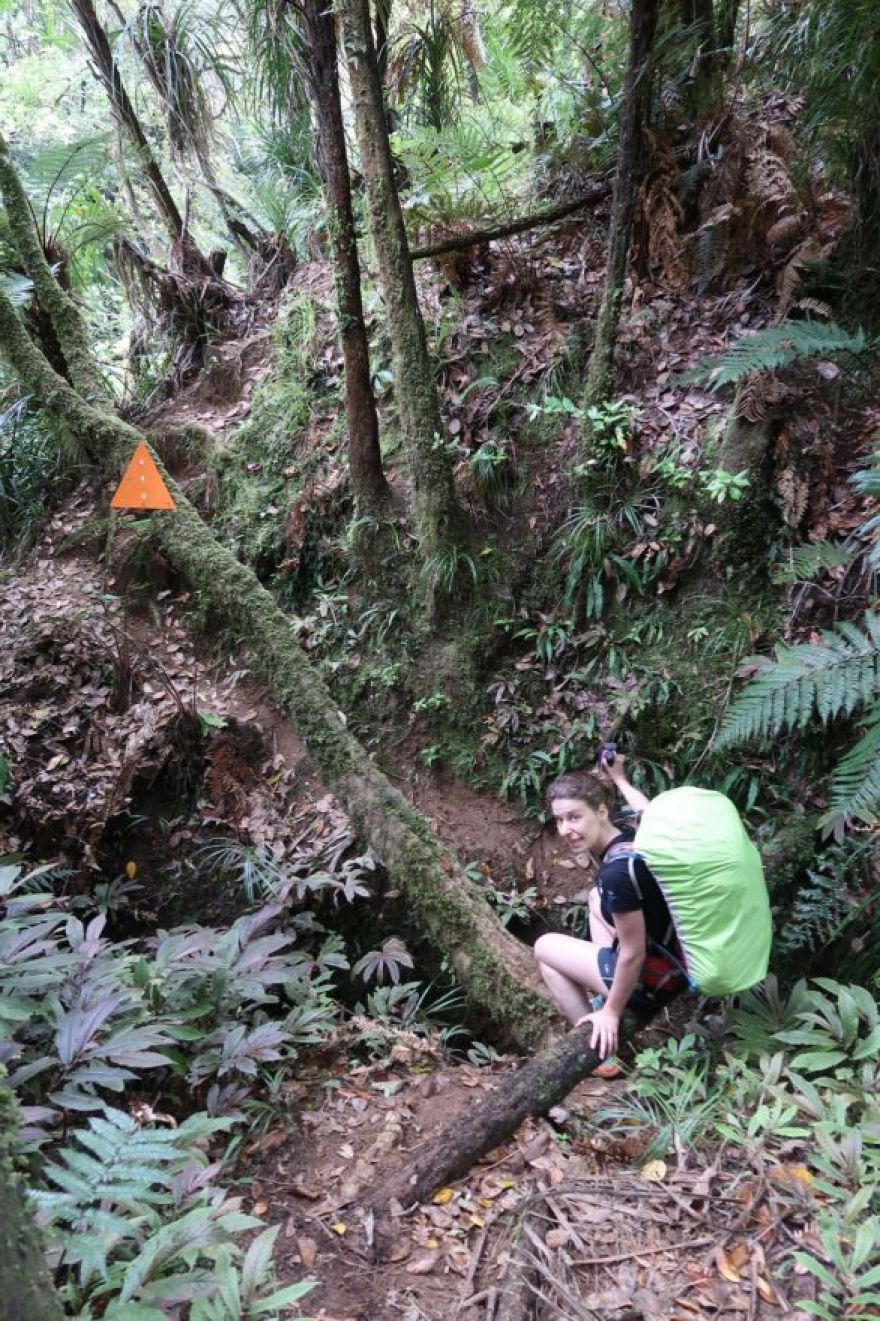 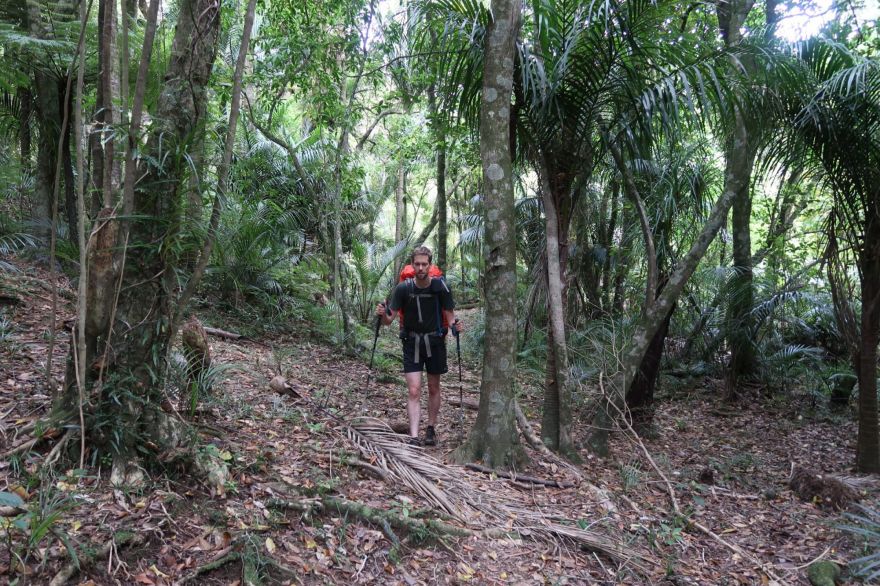 In conclusion, we can say that we prepared for the worsted. Because of that, the Northland Forests were not that difficult as we expected them to be. But still, the forests are slippery, steep, muddy (and if possible all of these at the same time) and very, very time consuming. We only experienced that the tracks lasted much longer than we expected, but that is something we just have to deal with.