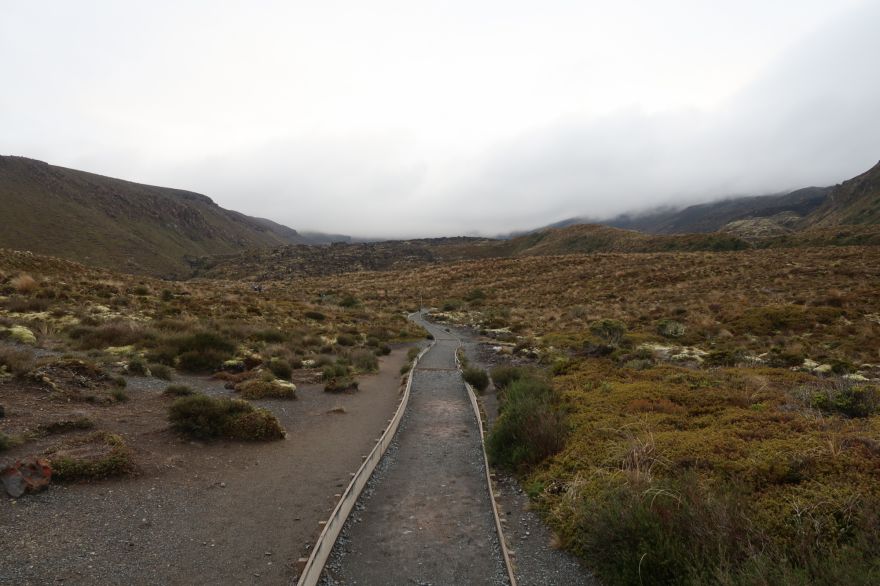 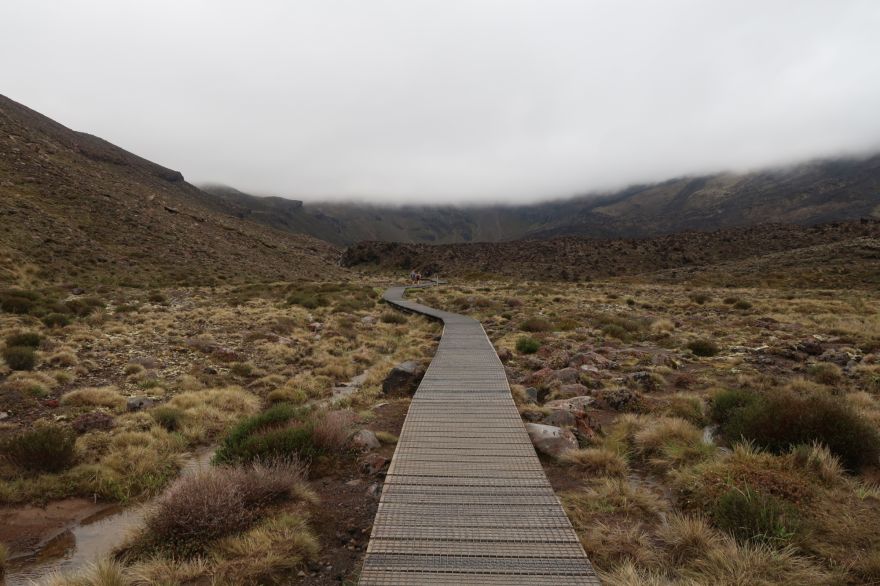 The start of the track was very easy. We followed the gravel path and board walk through the Mangatepopo Valley. Devil’s Staircase led us to Mangatepopo Saddle. Right in between Mount Ngauruhoe and Mount Tongariro, we were rewarded with a dramatic view of the valley below. We continued our climb to the top of the Tongariro Alpine Crossing: Red Crater at 1.889 meter. Because of the fierce wind, it was pretty cold. Thereby, low clouds caused we did not have a lot of visibility. However, once we started our descend from Red Crater, the clouds opened up for a while, giving us an amazing view at Emerald Lakes. 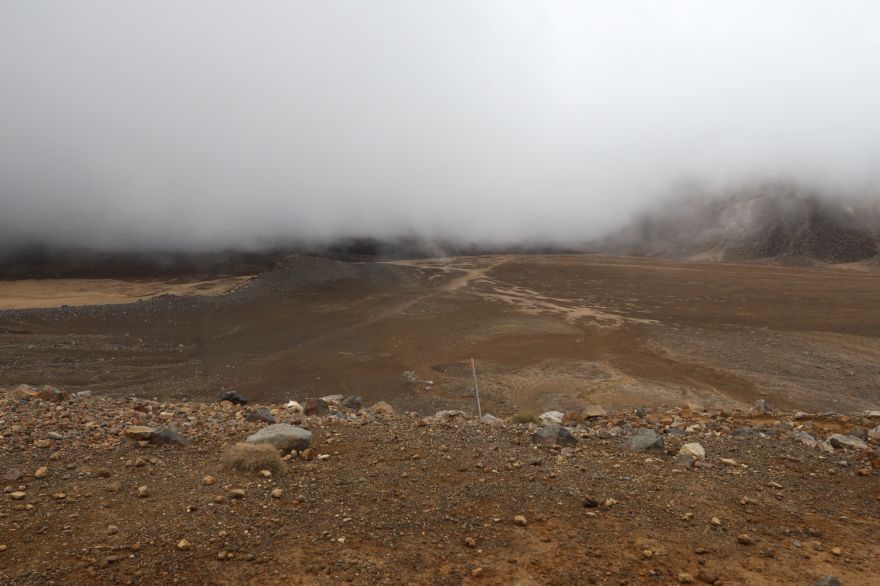 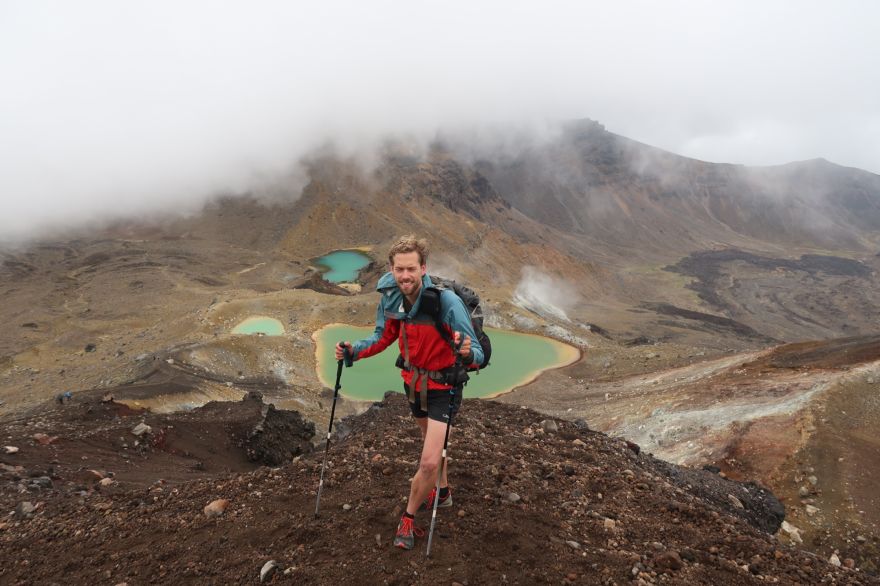 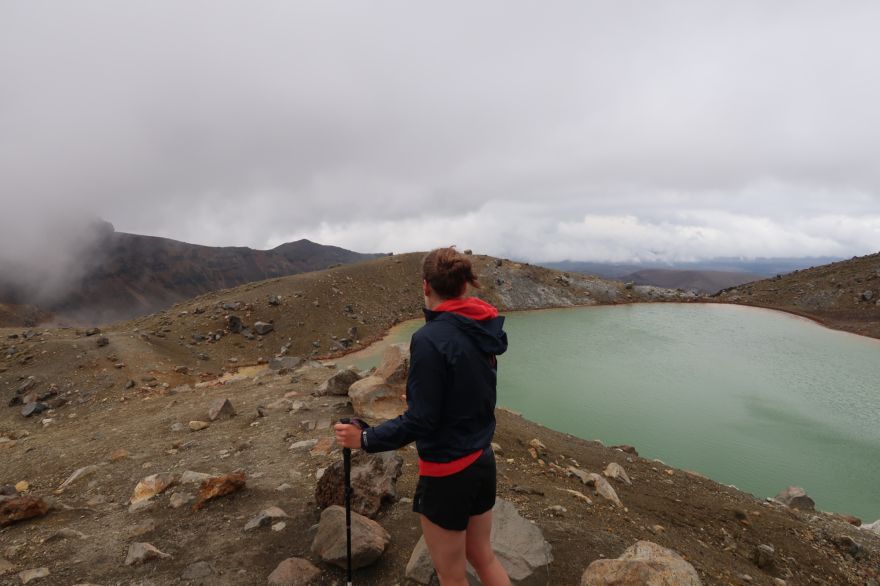 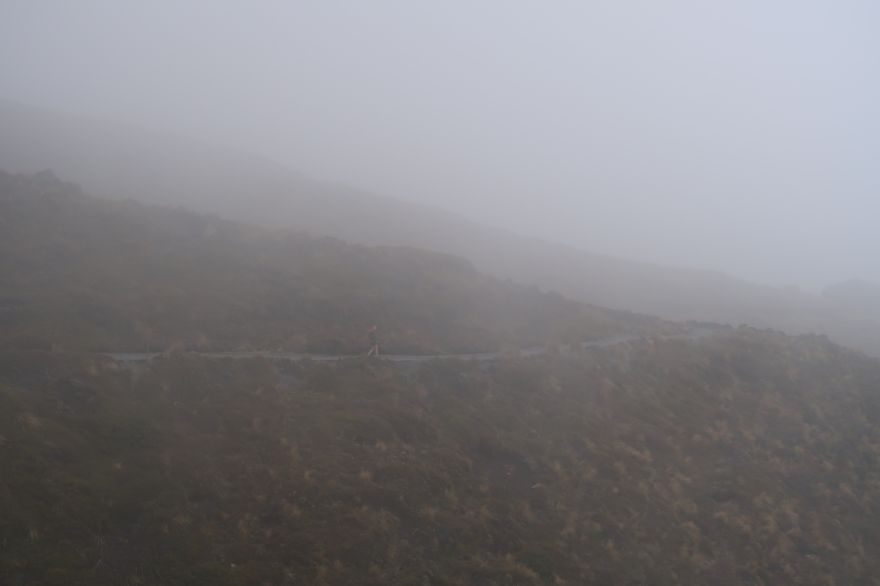 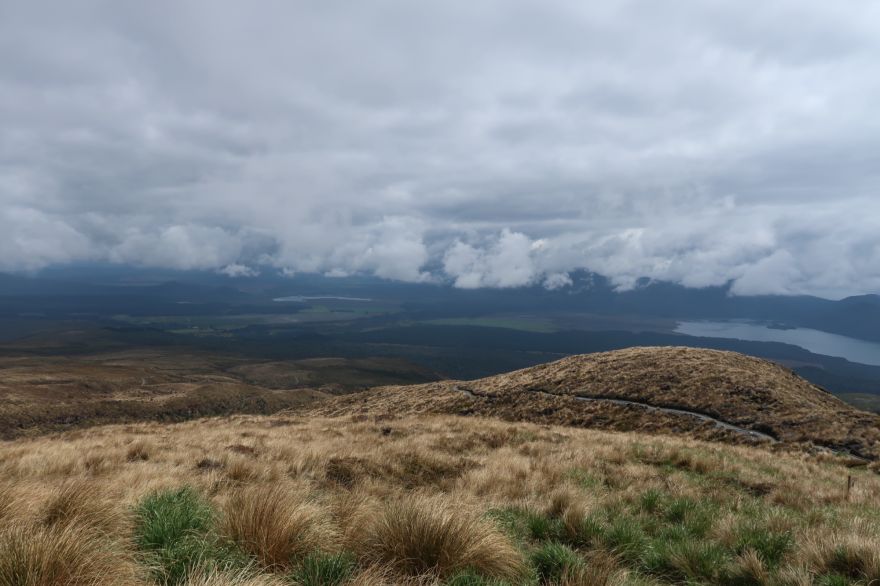 When we passed Blue Lake, clouds rolled back in and the visibility disappeared again. We took a short break at the deck of the Ketetahi Hut (the hut itself is closed). While we were chatting with other hikers, the sun came out. We hesitated to go back up the mountain, but when another cloud rolled in, we figured it wasn’t worth the risk.
From the Ketetahi Hut, the descend was easy but long. After 5 hours, we arrived at the parking. Just in time, as minutes after we arrived it started raining. We had to wait quite a while before our shuttle bus arrived and we were able to get back to National Park. 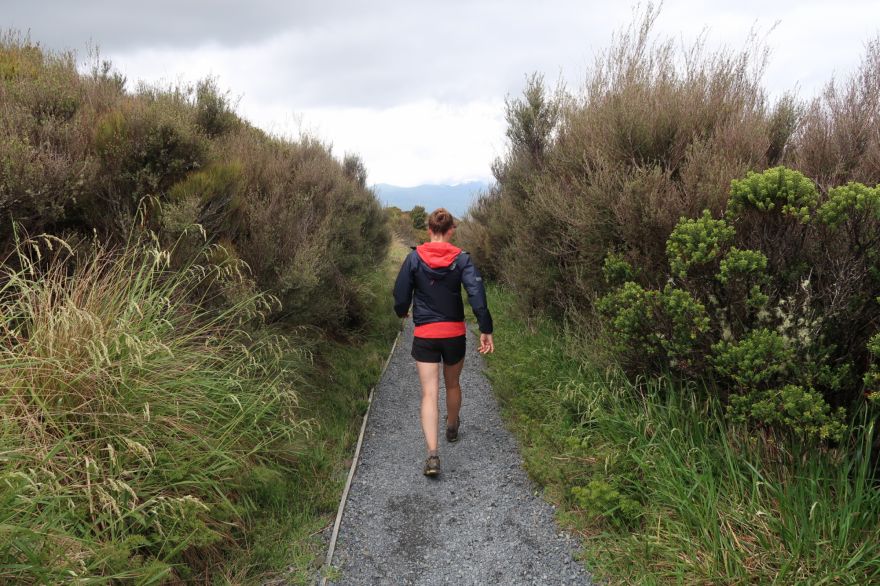