It is always spectacular to see a waterfall. We loved to see the Victoria Falls at the border of Zimbabwe and Zambia, and we enjoyed seeing the water tumbling down from the 141 meter high Helmcken Falls in Canada. When we were in near one of the larger waterfalls of Europe, it was clear that we would make a detour to actually see the Rhine Falls.

The Rhine Falls is located in the river Rhine near Schaffhausen, Switzerland. Before we could see the waterfall itself, we were able to hear it: the roaring thunder of falling water. And that for a relatively small waterfall, as the Rhine Falls is 'only' 150 meters wide and 23 meters high. Nothing comparable to, for example, the Victoria Falls. 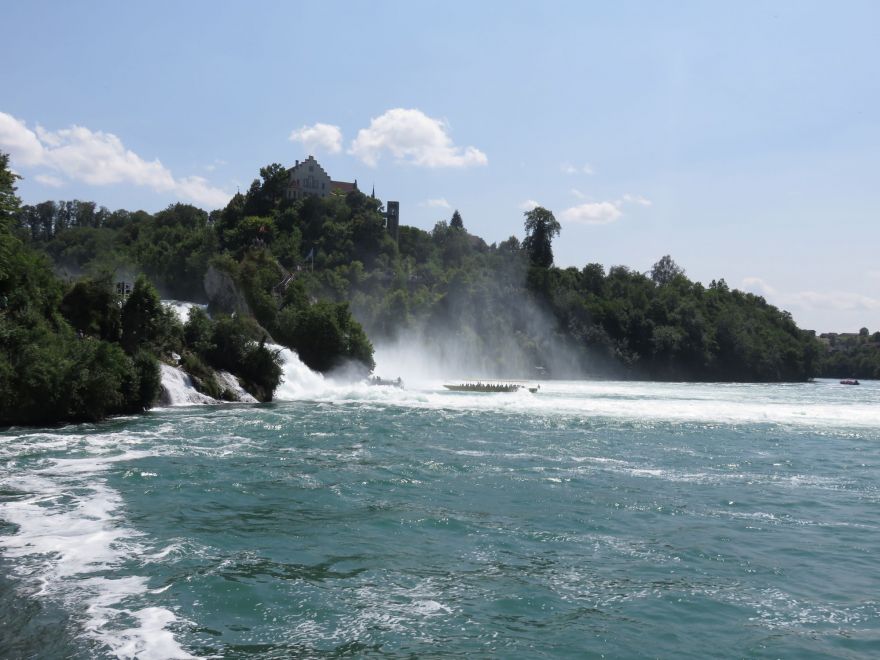 Although the road was deserted a few miles back, at the Rhine Falls, it was rather crowded. We were definitely not the only tourists that came to see the Rhine Falls. A lot of people also queued for one of the boat tours on the Rhine, especially for the boat that shuttled people to the rock in the middle of the Rhine. But as there was a queue from the bottom of the stairs to the viewpoint on top of the rock, we thought we were better off from where we were. 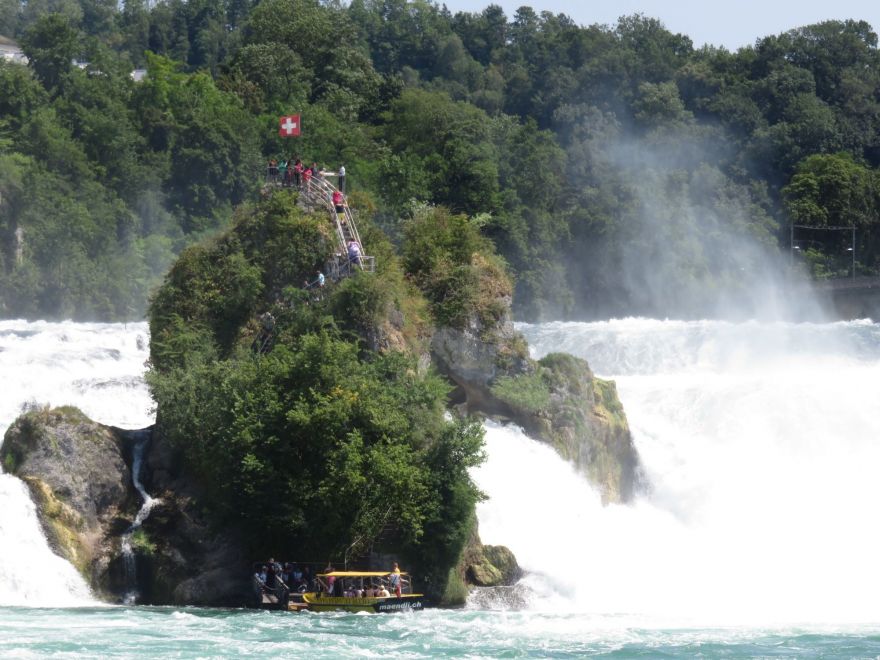 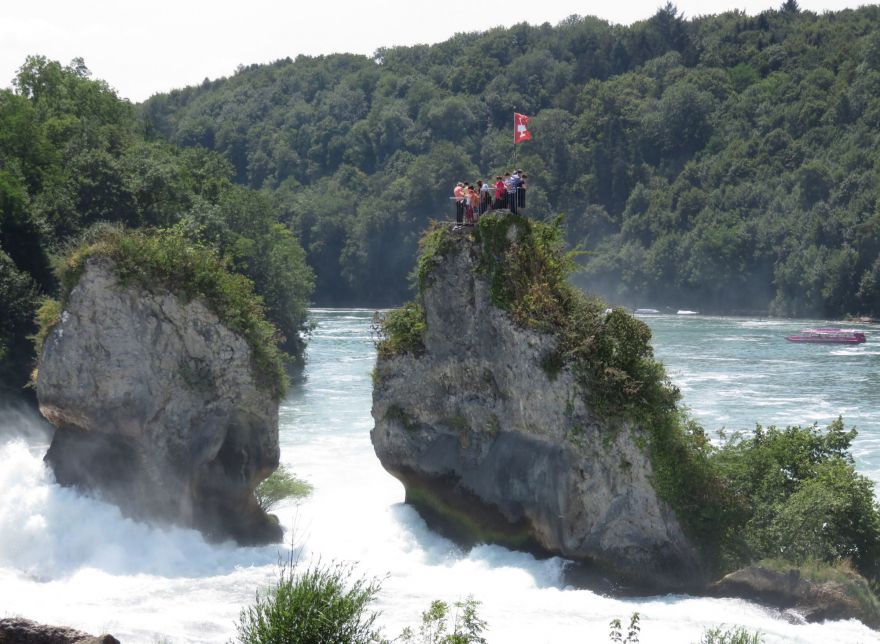 Instead, we walked along the river all the way to the watermill. Here, you stand at the same level as the viewpoint on top of the rock in the middle of Rhine. The only difference is that we can make a photograph with that iconic rock.