Walking tour in a Favela in Rio de Janeiro

Rio de Janeiro is known for its favelas (urban slums). When we visited Rio de Janeiro, we wanted to visit one of these favelas. However, it is not advised to visited a favela on your own. For that reason, we booked a favela tour at Rio by Bike.

At half past two in the afternoon, we were waiting at the meeting point. We were definitely at the right location, only nobody was showing up. After a few minutes, luckily a tall guy that didn't look like a Brazilian approached us. It appeared that this was Jaïr, a Dutch bloke that worked in the favelas of Rio de Janeiro. The right person to guide us through one of the favelas.

Jaïr explained the tour will bring us to two favelas: Chapeau Mangueira and Babilônia. Two neighboring favelas on Morro da Babilônia. To get to the favelas, there are two option: the main road or the alley. Both entrances to the favelas are controlled by a police checkpoint. The UPP (Unidade de Polícia Pacificadora) has control over the favelas since 2009. Before, the Terceiro Comando (a Brazilian criminal organisation) ruled the favelas. We decide to enter the favela via the alley, sounds a little better than 'main road'. 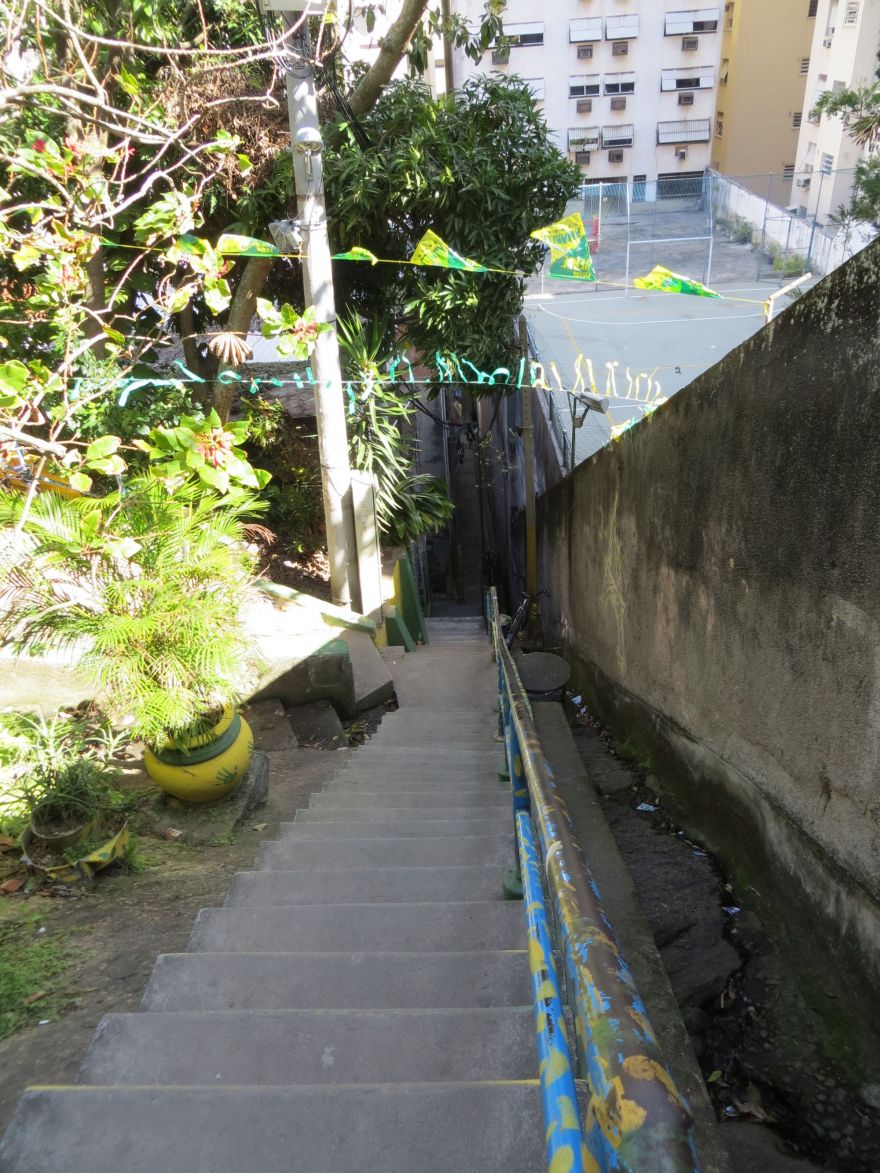 From Rua Gustavo Sampaio, you can't barely see an alley. We only knew it was there because a police car was parked on the opposite side of the road. Only when we arrived at the police car, we were able to see the alley itself: a narrow path of just one meter wide. Via a set of stairs, we started a steady climb. The stairs followed an open sewage, which was not very pleasant. 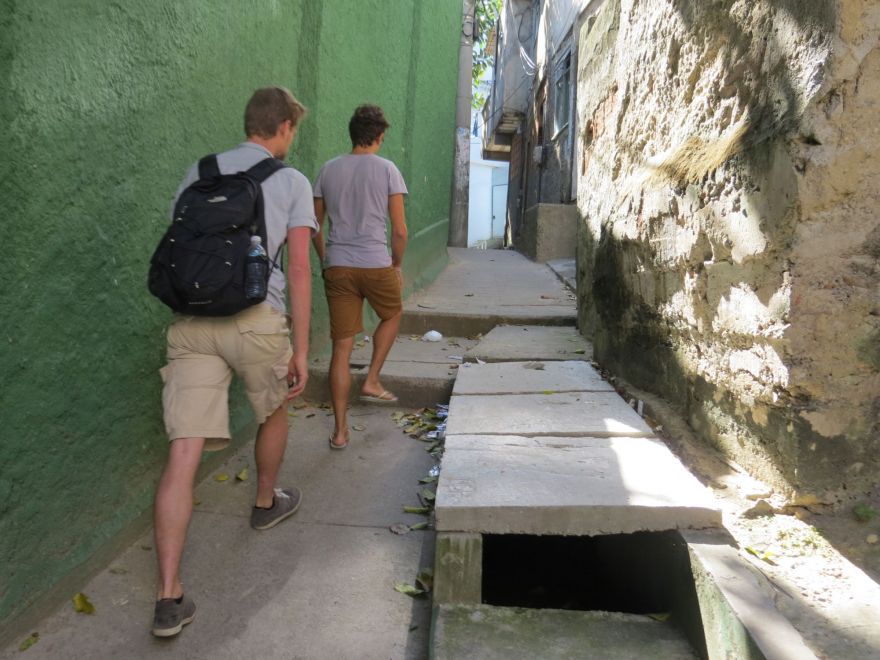 However, it was not just the smell that made us think we arrived in a favela. Everything looked different. An old man was welding at his store at the side of the road and children were playing with their home made toys. 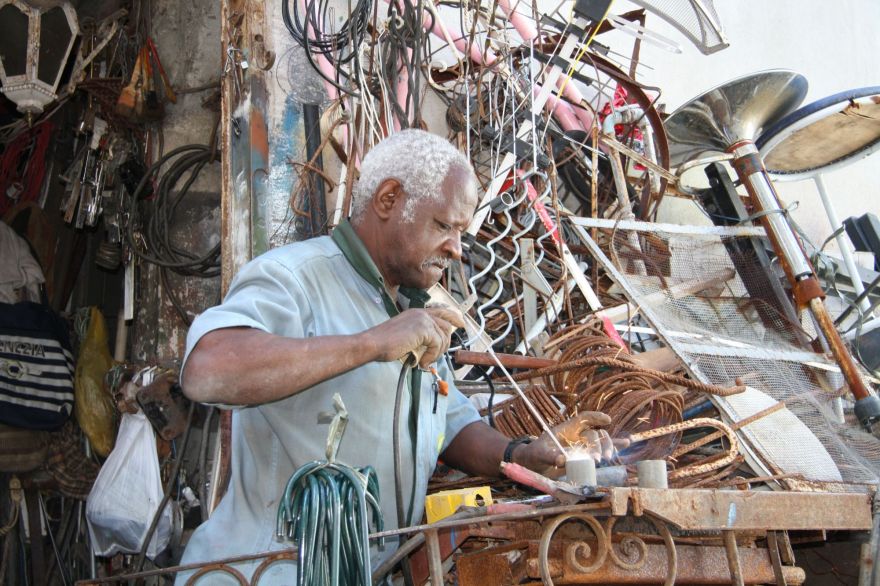 When we felt we were getting out of breath because of the climb, we arrived at a open space. 'Bar do David is the best restaurant of Rio de Janeiro', explains Jaïr. But we won't be eating there today, as Jaïr already walked into another alley. Jaïr asked us if we have already tried some açaí pulp. 'Uhh, no...' Well, it appears that this is one of the musts while in Rio. And to be honest, it was quite nice. Because açaí is very bitter of itself, a lot of sugar is added to make it more sweet. Together with some ice, it is a delicious afternoon refresher (and energizer because of the sugar). 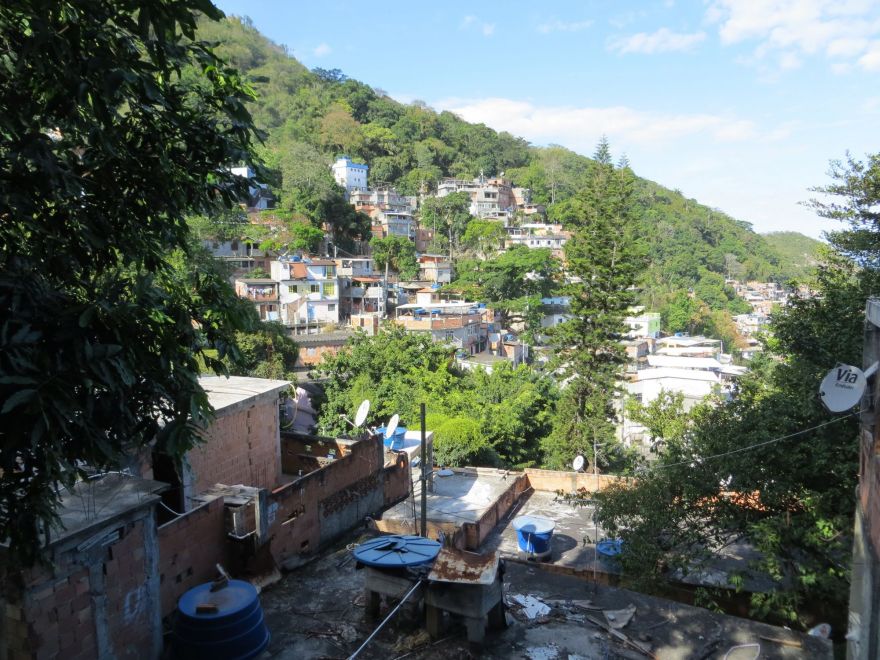 While eating, we continued our tour through the favela. Some dogs really ddin't like us. From behind fences and even from some rooftops, they were barking at us. We quickly continued in to the rainforest at the top of Morro da Babilônia. When we saw an old military fortification, Jaïr explained that this was one of the most important places in Babilônia. Babilônia was founded after a military fortification was built at the end of the 19th century. Later, however, this fortification was used by the Terceiro Comando to store their narcotics. As the fortification overlooked the entire favela, it was merely impossible to attack it from down below. That is why the Terceiro Comando was able to rule the favelas for so long. 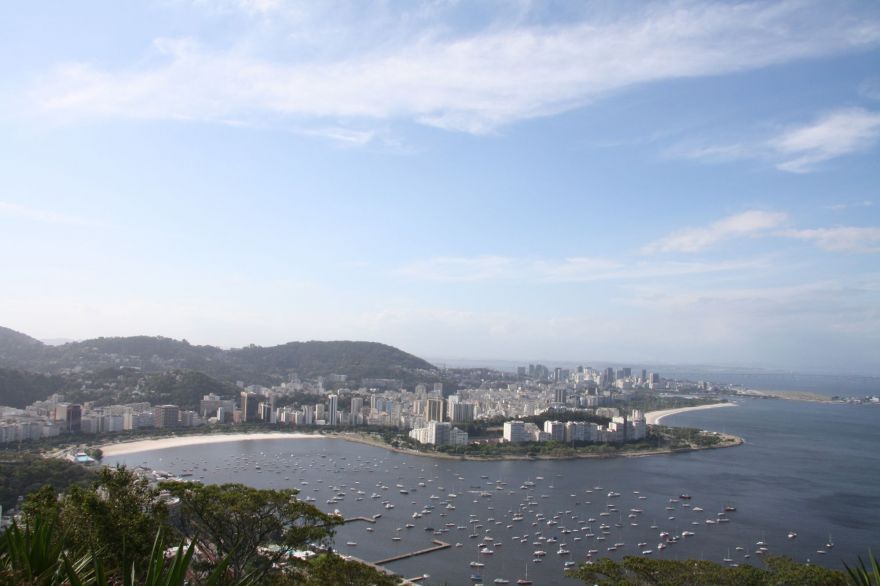 We climbed on the fortification, but besides it is overgrown by the jungle, no traces of it past are left. After climbing a bit further, we reached the top of Morro da Babilônia, where you have a superb view over Rio de Janeiro. If you look to the left, you see Copacabana and Botafogo. On the other side, you see downtown Rio de Janeiro and the planes one their final approach at the domestic airport. A beautiful spot to sit for some time, as we did. After some time, Jaïr suggest we headed back down. 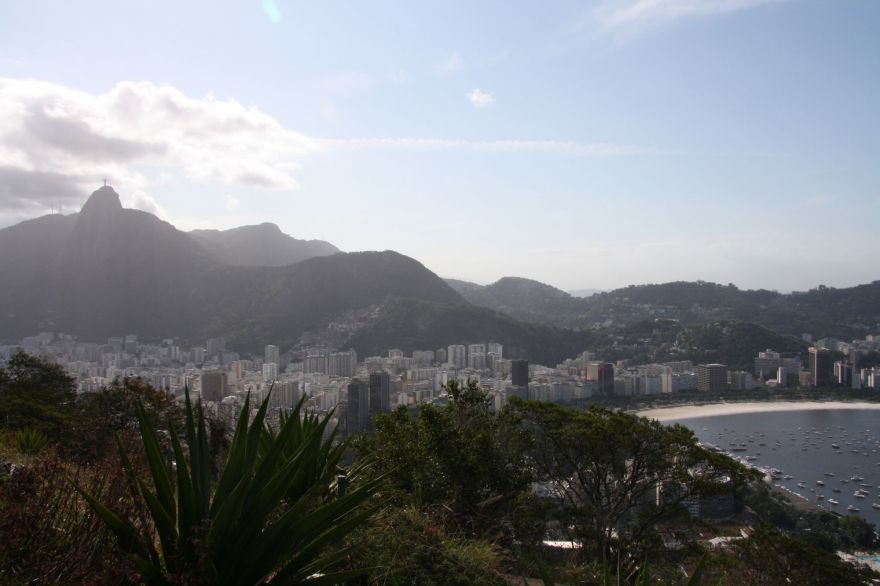 While walking, Jaïr explains that the pacification of the favelas resulted in new buildings being built. When we were walking on the main road, we definitely saw what he meant: several new apartment buildings have been built. Despite the pacification, Jaïr explains that violence is still common in the favelas. Last week, there was a shooting and if you want to get some drugs it is not that difficult. People, however, are afraid what will happen after the Olympic Games of 2016: will the police stay or will they leave? 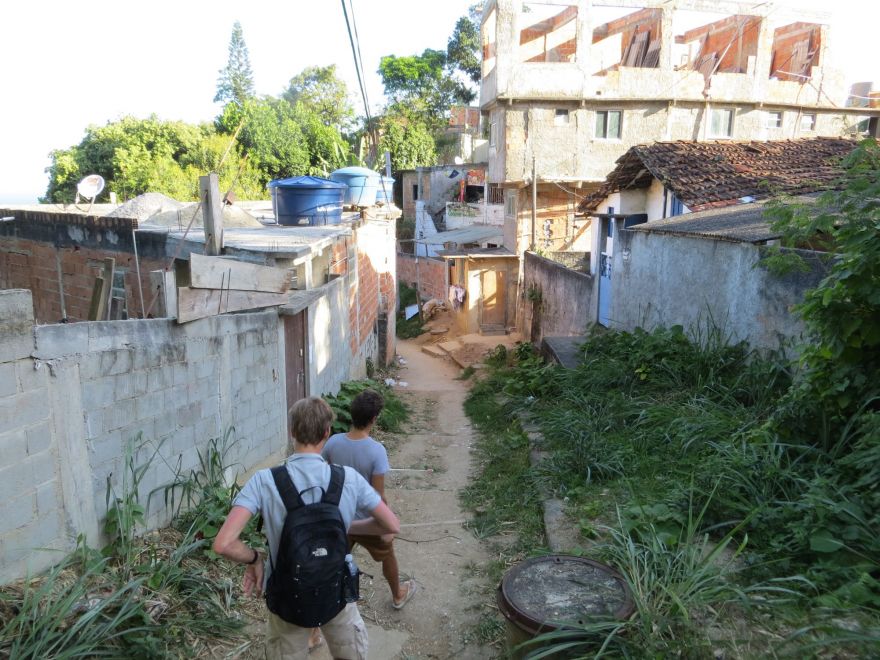 After a while, Jaïr asks if we want to see his house. While we haven't really answered his question, he disappears through one of the doors to ask his landlord if we can come in. Luckily, we are allowed to come in and have a drink in the hostel where he is staying. Just minutes later, we are sitting at his balcony with a cold drink. We overlooking the rooftops in Babilônia with the Copacana and the ocean beyond. And that is what you call living in a favela...