With a bagpipe through Glasgow

Scotland is known for its bagpipes. When we visited the second largest city in the UK (Glasgow), we heard them everywhere. When we left our hostel, we saw a small bagpipe band at the side of the river. Although this was great to watch, we headed off to the Gallery of Modern Art. As this is one of the most visited museums in the UK, our expectations were high. But we didn't find the exhibition taking place really interesting, unfortunately. Every six month, they change their exhibition, so maybe next time will be better. What we did enjoy, was the statue of the Duke of Wellington right outside the museum. 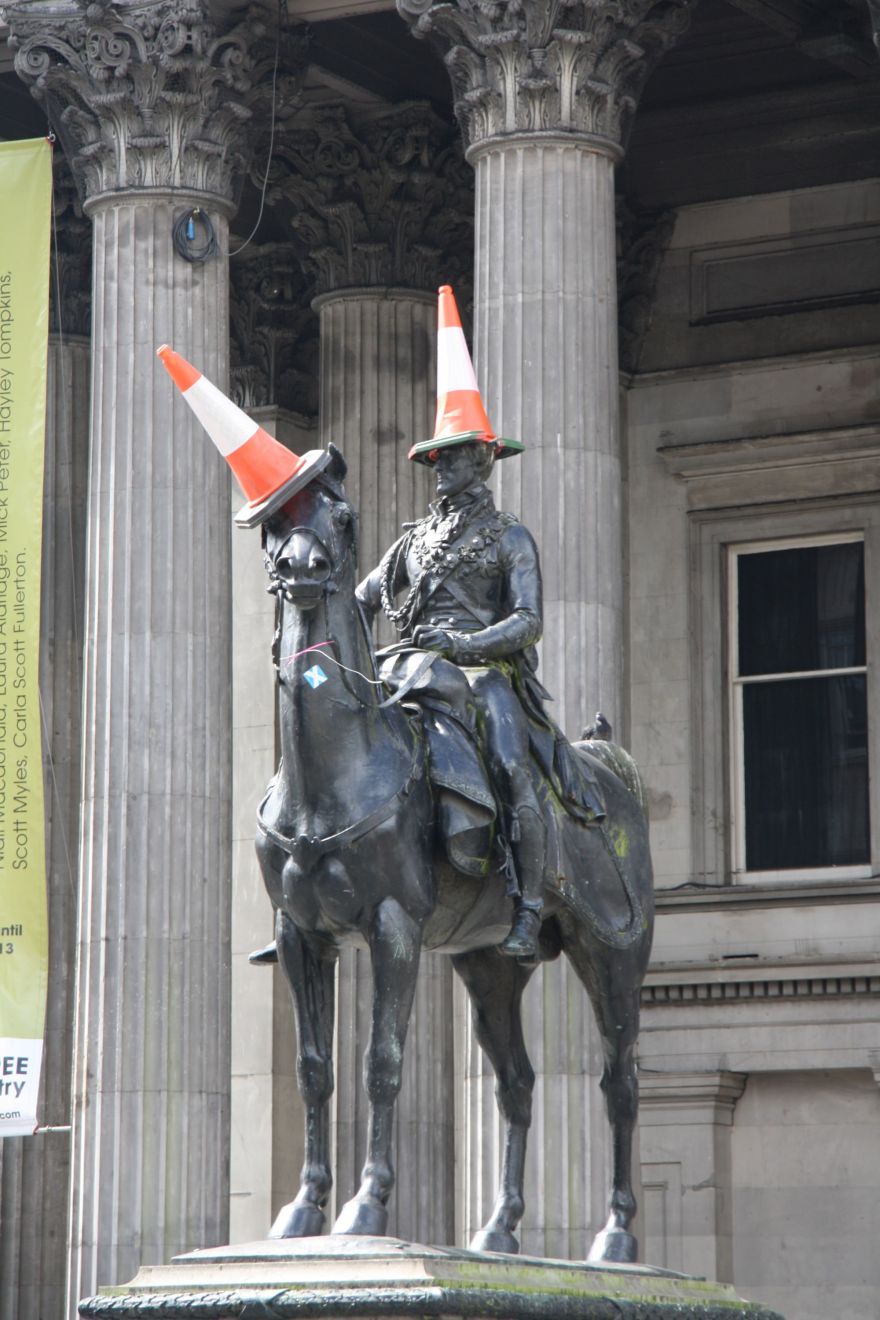 After the Gallery of Modern Art, we went to Buchanan Street: the shopping street of Glasgow. 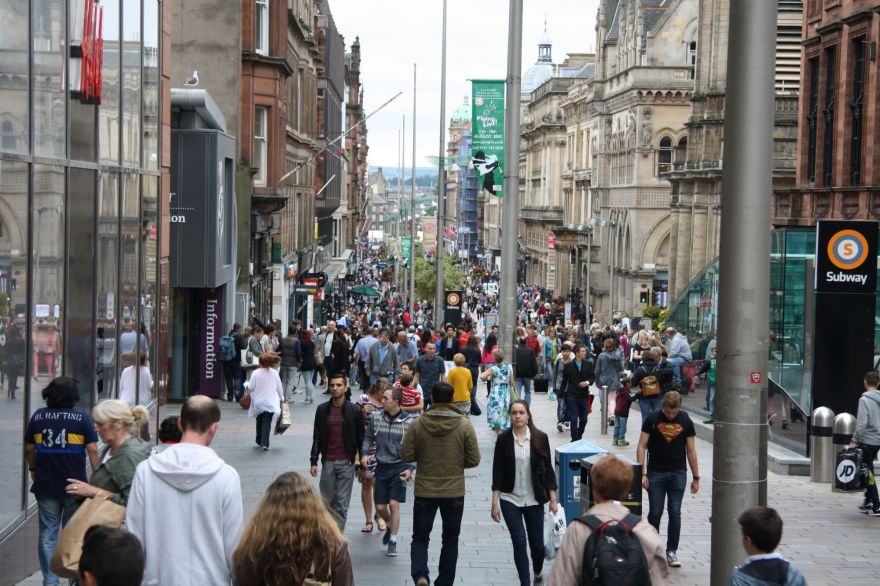 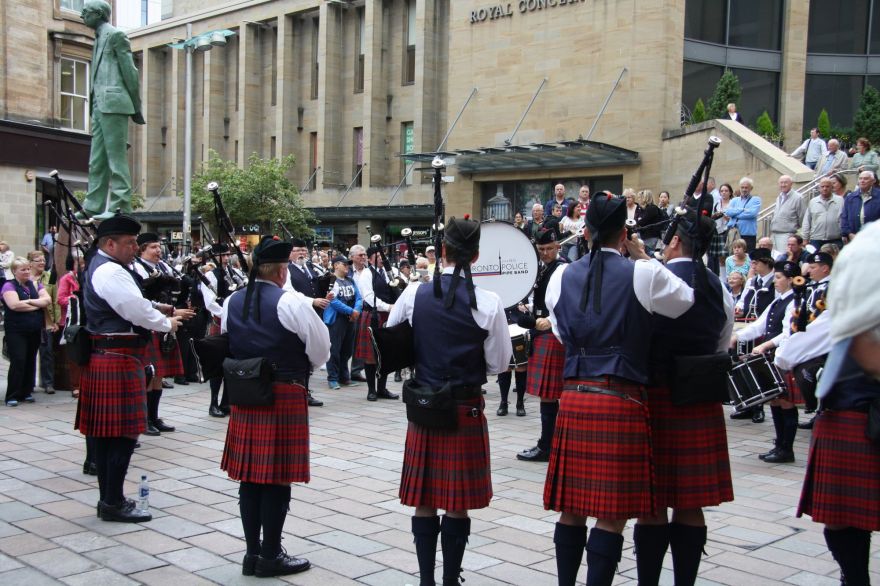 On the square in front of the Glasgow Royal Concert Hall, another bagpipe band was playing. A large crowd had gathered to watch them play. 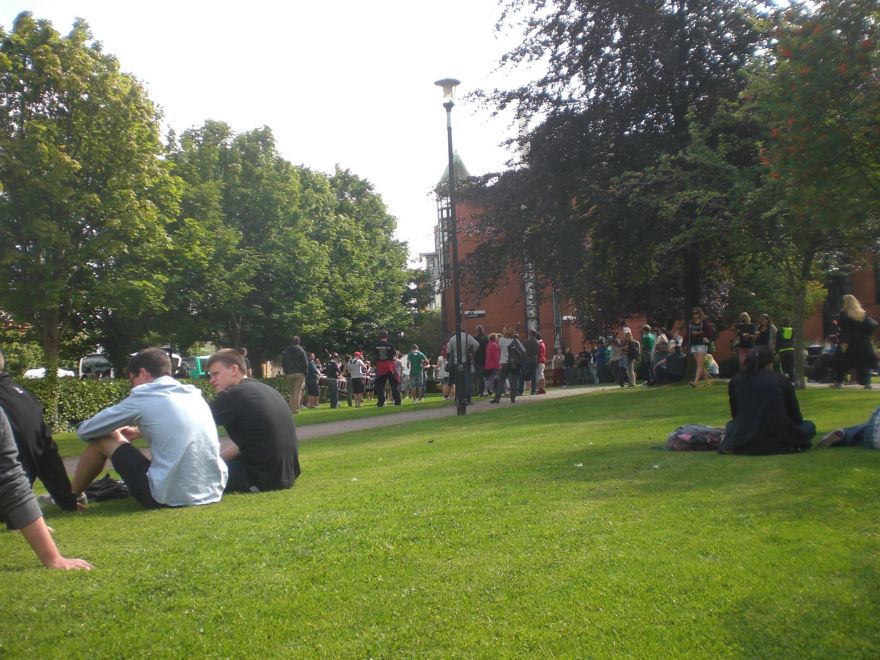 After a while, we continued wandering the city. While walking towards St Mungo's Cathedral, we walked passed a small park where another bagpipe band was practicing. Really, they are everywhere! Although St Mungo's Cathedral is called a cathedral, it hasn't been the seat of a bishop for about 400 years. It appears that buildings that were called cathedral before the Scottish Reformation may still be called cathedral. 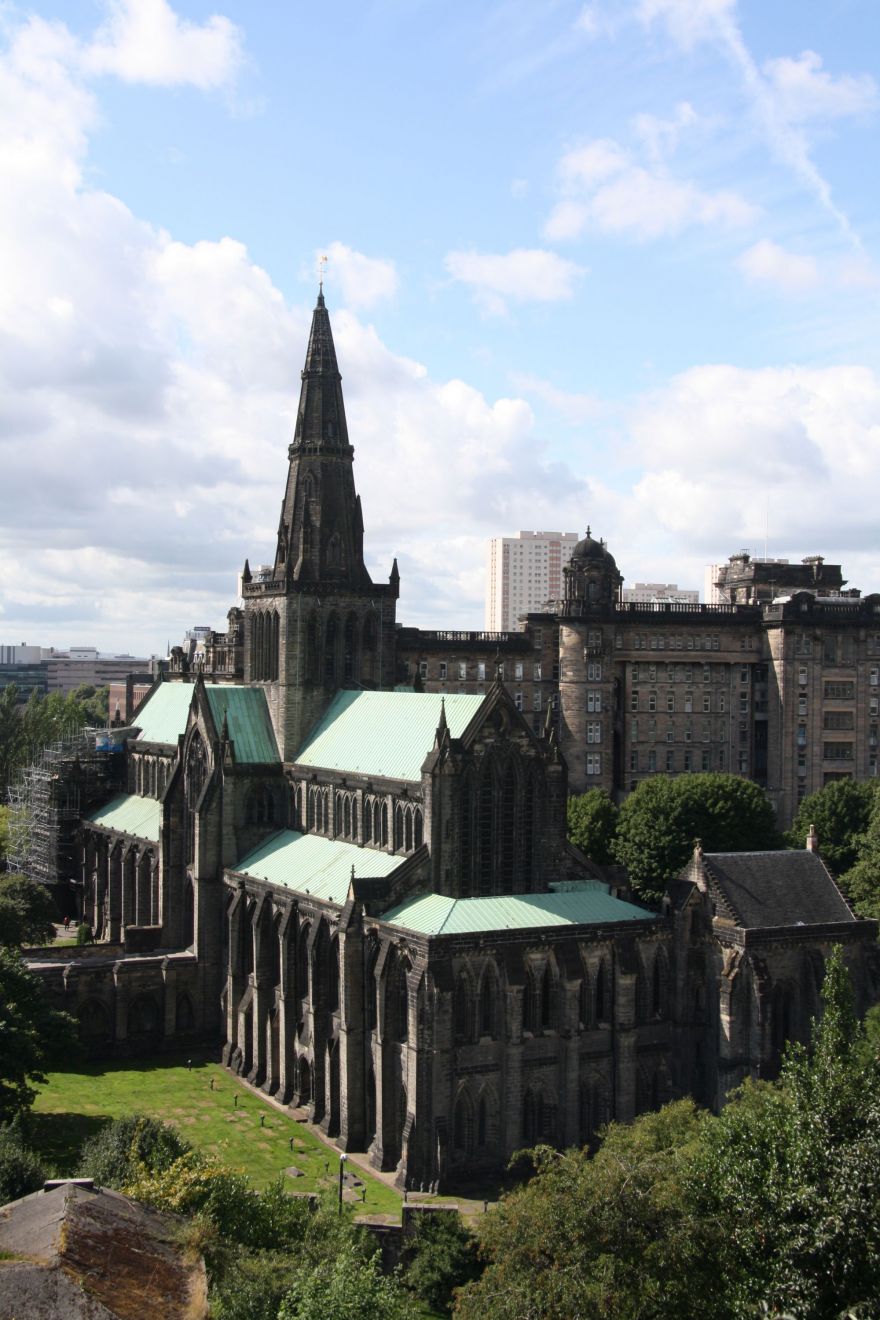 Next to the cathedral is the Necropolis, a huge cemetery. From the highest point, next to the statue of John Knox, you have a great view over Glasgow. Despite we enjoyed the view, the sound of bagpipe s got our attention. You heard them from every direction. 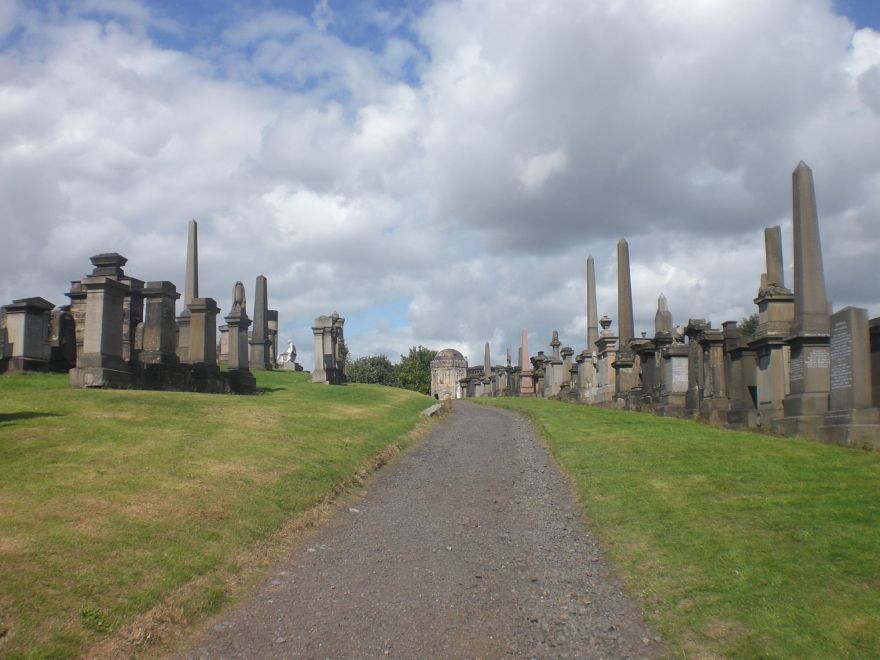 We walked past the Provand's Lordship (built in 1471 and therefore the oldest remaining building in Glasgow) towards the river. 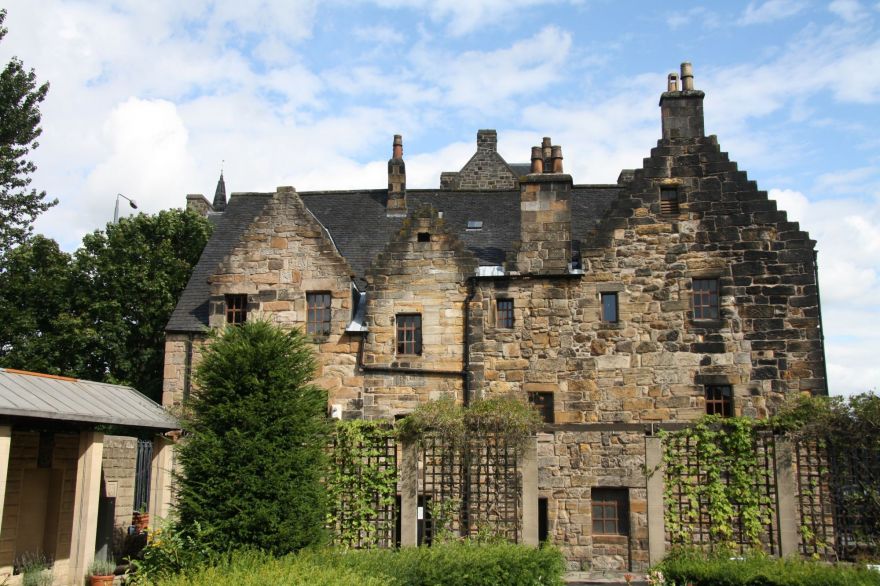 Via the People's Palace we walked into Glasgow Green, a large city park. 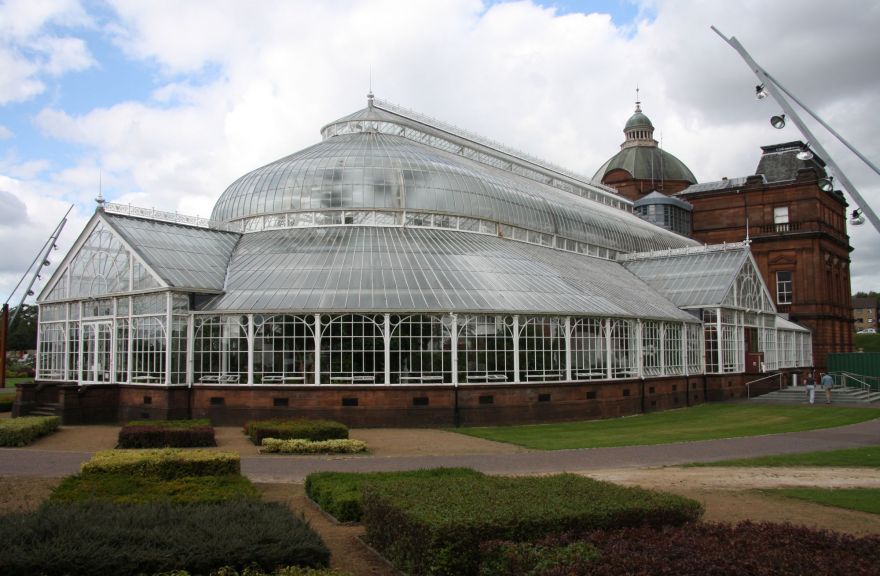