After a few days in San Francisco, we were told to pick-up our rental car at ten o'clock in the morning from San Francisco Airport. We completed all the paperwork and then were told: 'you can pick any car you want...' Ok, that is something we are not used to, but we kind of liked it!

Leaving the Airport wasn't too difficult. But once you are on the highway, oh my... We had planned the route van San Francisco to Yosemite in advance, but when there are no traffic signs, it is still difficult to find your way. But as soon we left the San Francisco Bay Area behind, traffic eased and we were able to drive more relaxed. Our first stop was in Oakdale, as we had to do some groceries. Once our car was loaded with all the necessities (food for a number of days), we continued our way to Yosemite National Park. We had to cross a beautiful mountain pass just before we entered Yosemite. Before this mountain pass, the landscape was pretty dry. But after the pass, everything was green.

Before we left, we read that it can get really busy at the entrance gates of Yosemite National Park. We were prepared for the worst, but to our surprise, there was not one single car waiting at the gate. We bought the Annual Pass, that grants you access to all national parks in de States. And without any delay we were given permission to drive into Yosemite National Park. Another 30 minutes further, we arrived at the Crane Flats Campground, which we had booked via the internet. When we checked-in, we were told that there was bear activity on the campground. How cool is that! However, in the three days we camped at Crane Flats, we didn't see any bears. 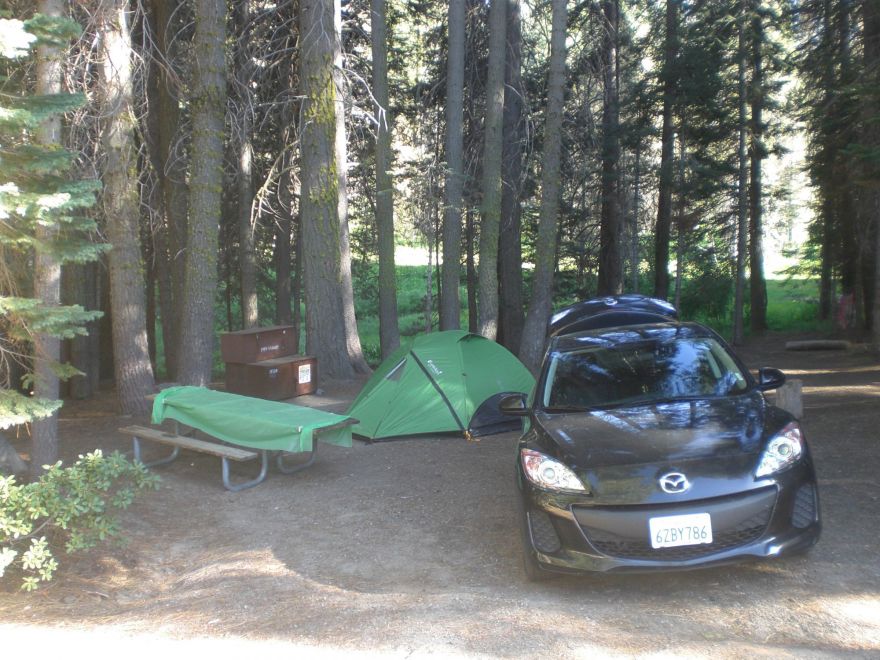 After setting up camp, we headed down into Yosemite Valley. From Crane Flats, this takes about 30 minutes, along a steep descending road. At some points, you can even release your throttle while the car will just continue to accelerate. While driving, you really have to look around: the scenery becomes more spectacular the closer you get to Yosemite Valley. 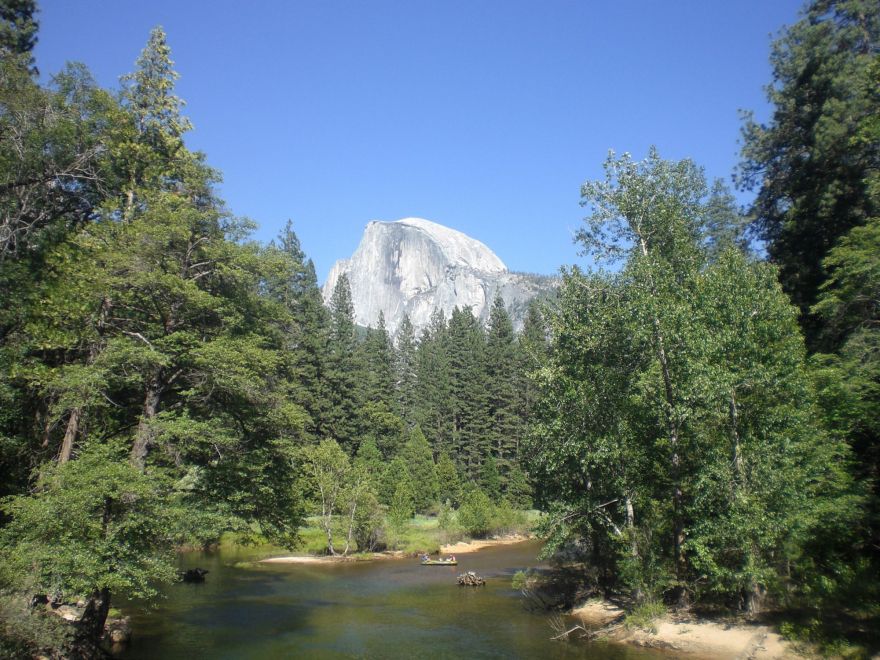 Especially when you drive to the Tunnel Viewpoint, from where you have a gorgeous view on El Capitan and Half Dome. 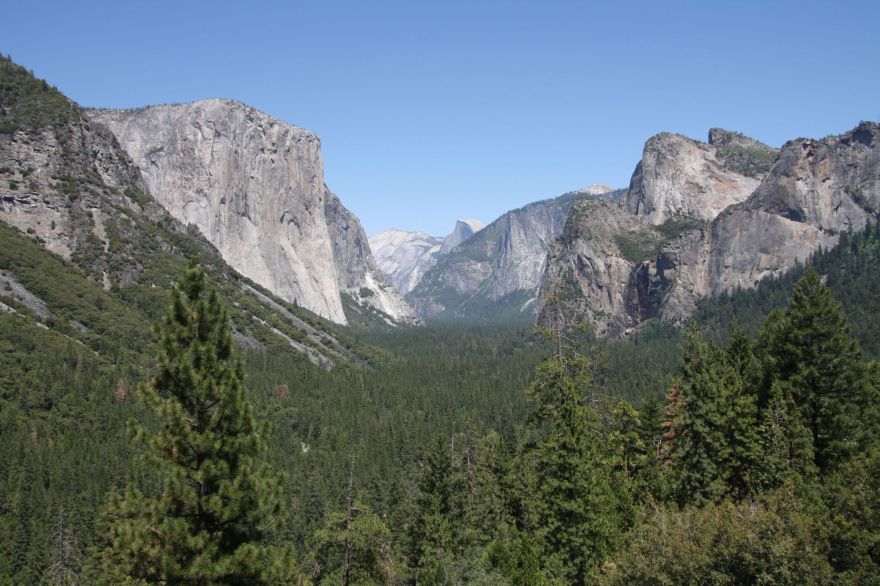 What a giants! We really felt humble standing there. At the same time, we couldn't wait to get out there. Unfortunately, we had to wait one more day as it was too late to do a hike today. Instead, we drove to the visitor center to get the latest trail reports. We also asked if there was a tiny chance for us to go to Half Dome, but there wasn't :( But hey, there must be a reason to come back.

The lady in the visitor center advised us to hike the 'Mist Trail', even though we had planned to hike 'Yosemite Falls Trail'. But apparently, Yosemite Falls ran out of water early this year, making it not really worthwhile to go there.
The next day, we left our campsite early to get an early start on the Mist Trail. It took us three hours to hike to the upper falls and back again. Not really what you call a day-hike, but it was nice. As we returned to our car just before lunchtime, we couldn't resist the tempting hot-dog that was sold right at the bus stop. 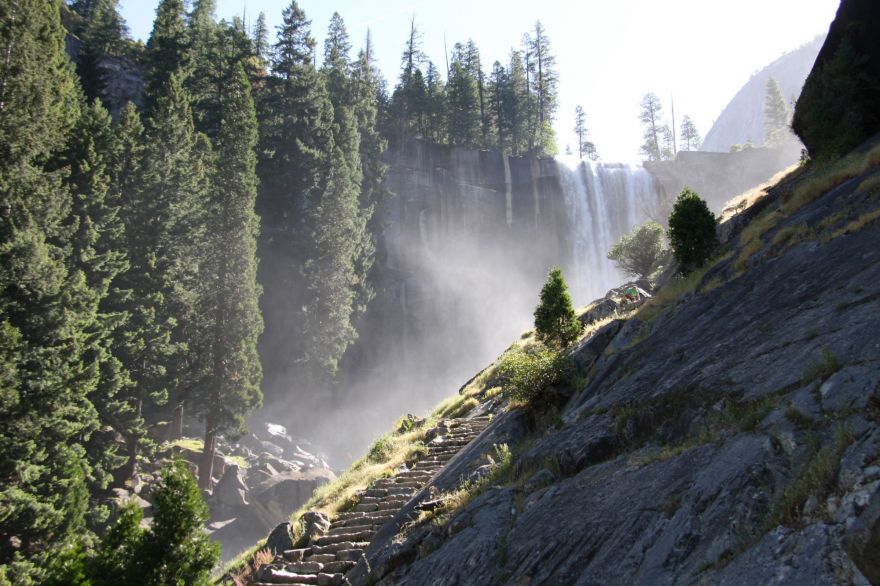 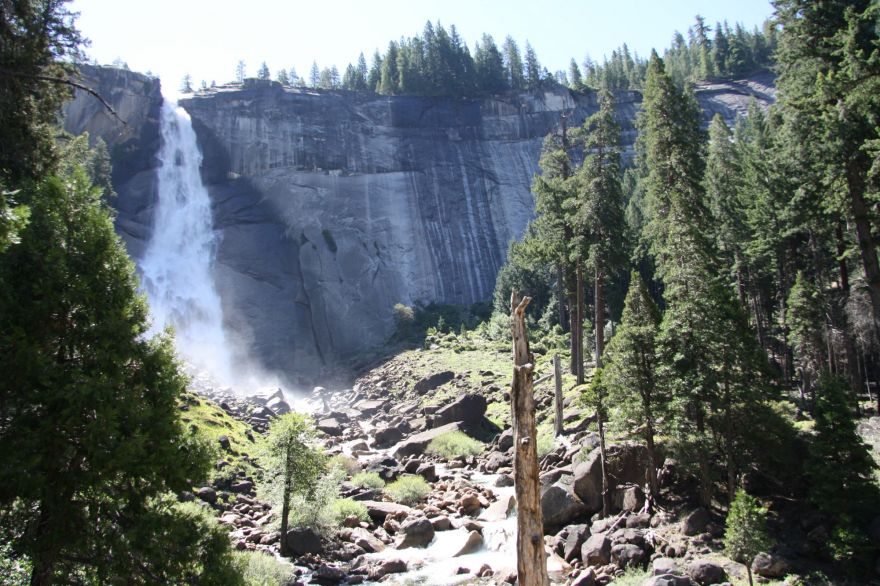 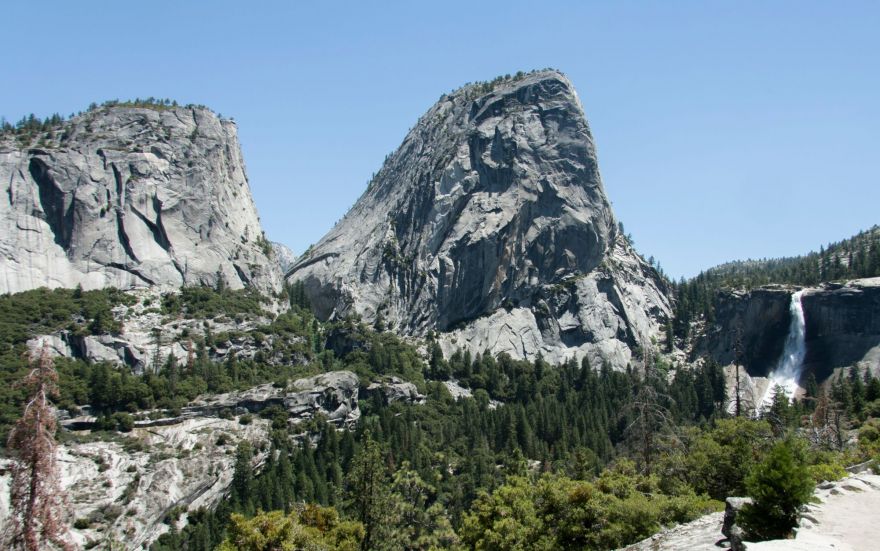 Because we had planned to do a full day-hike, we suddenly had nothing to do in the afternoon. We decided to drive Tioga Road. This northern highway through Yosemite National Park is about 60 miles long. We didn't want to drive the full length (as we also had to return to Crane Flats Campground). Instead, we drove to Olmsted Point Overlook. According to the 'experts', one of the best viewpoints in Yosemite. We don't know if this is true, but we can tell it is indeed an amazing view. 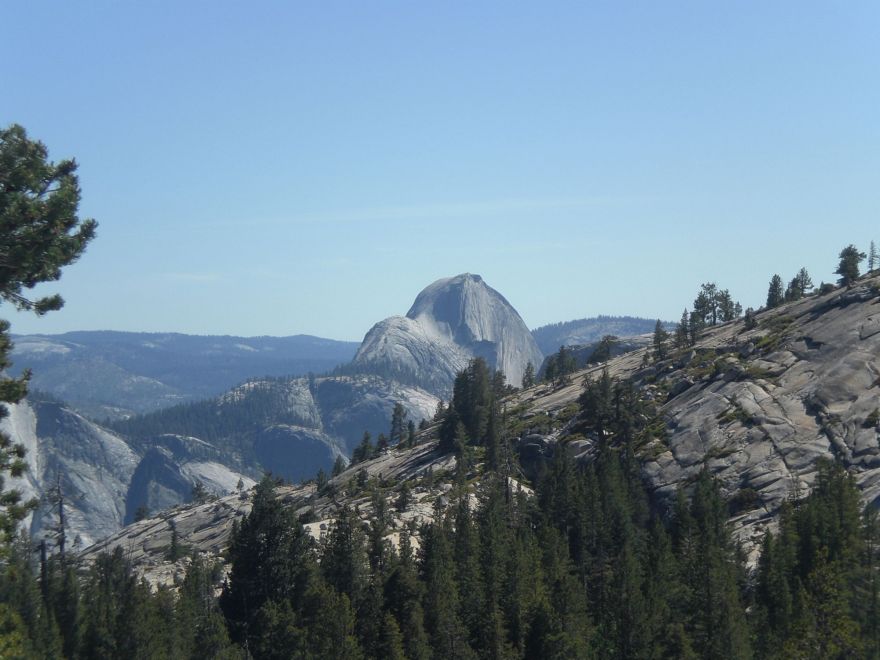 After taking a dozen photographs, we drove back to our campsite. The next morning, we headed off to Sequoia National Park, but before we did, we made a stop at Glacier Point. This really is a lazy-men's viewpoint, but it is spectacular. 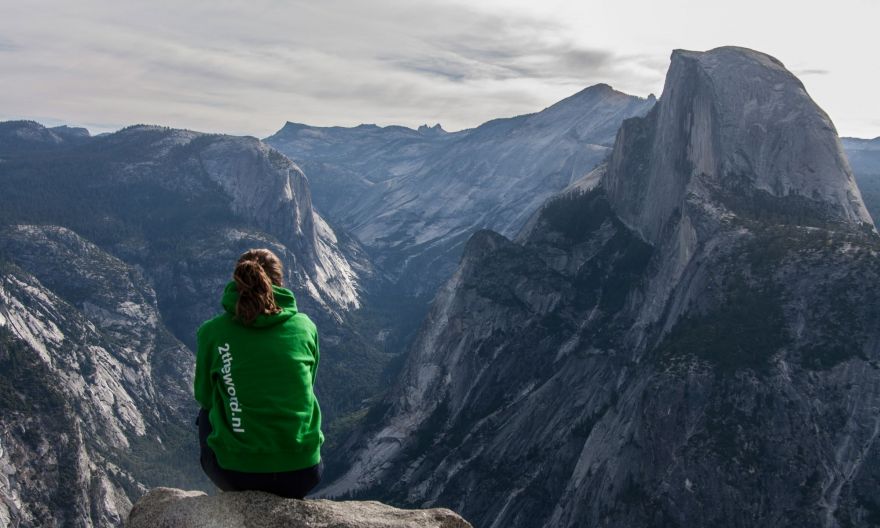