Self-drive in the Okavango Delta

After two earlier tours in Namibia and Botswana, the Okavango Delta was high on our bucket list. The Okavango Delta is the largest inland delta in the world. It features about 400 different types of birds and all animals you would associate with Africa.

There are two options to visit the Okavango Delta: fly-in safari's: your private plane will bring you to a lodge deep inside the Delta. Even though this might be a great experience, it is also a very expensive one. The second option is a self-drive. A lot of people think that this is very pricey as well, but that depends on what you want. Yes, the car makes it pricey. But once you have a car, you can make it as costly as you want it to be. 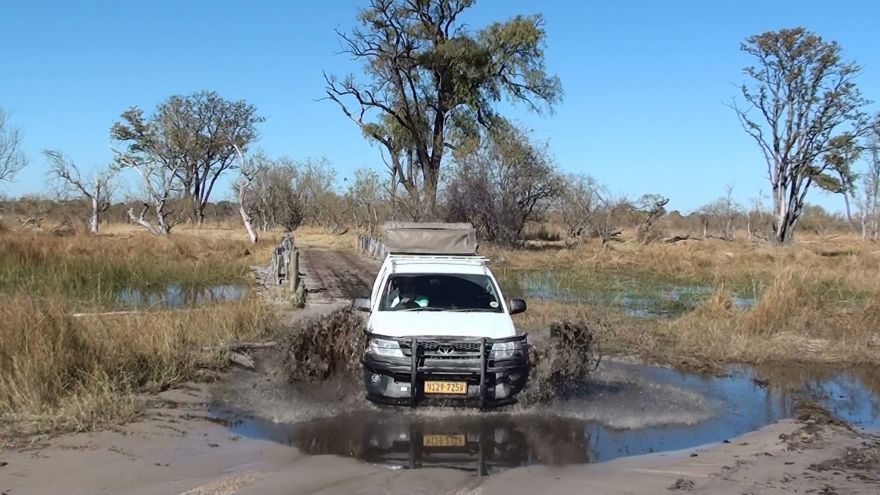 When making a self-drive in the Okavango Delta you can pick-up your rental car in Johannesburg (South Africa), Maun (rather expensive) or Windhoek (Namibia). We choose to rent our 4x4 in Windhoek, just because we could also visit some friends. So when we picked-up our Toyota Hilux, we did the necessary groceries and drove off to Botswana. Just before the border between Namibia en Botswana, we decided to call it a day. There was this perfect Kalahari campsite, where we were the only guests. We still don't know how that was possible, because it was a great campsite, with a gorgeous sunset. 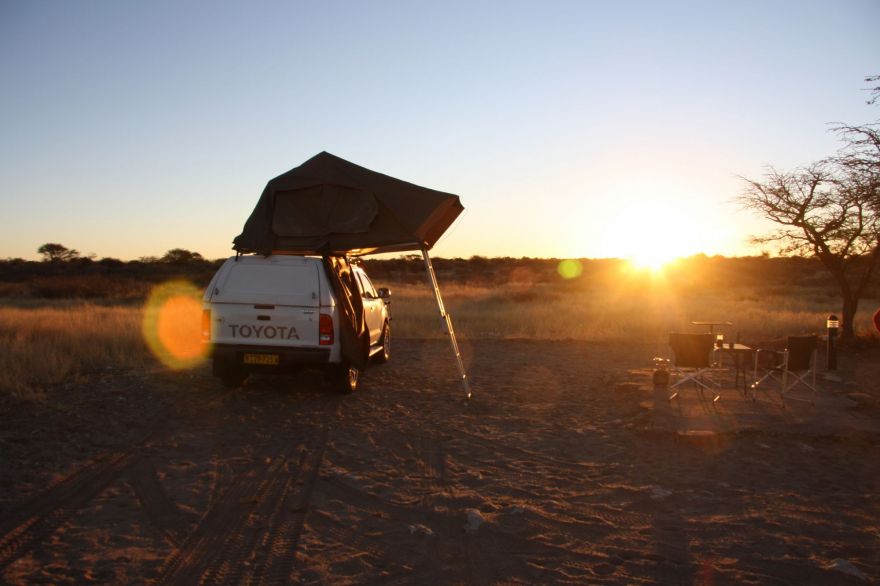 The next day, we had a long day ahead. Our plan was to drive all the way to Maun. You could argue that there is plenty to see along the way, which is in fact true. But we just wanted to see the Okavango Delta. 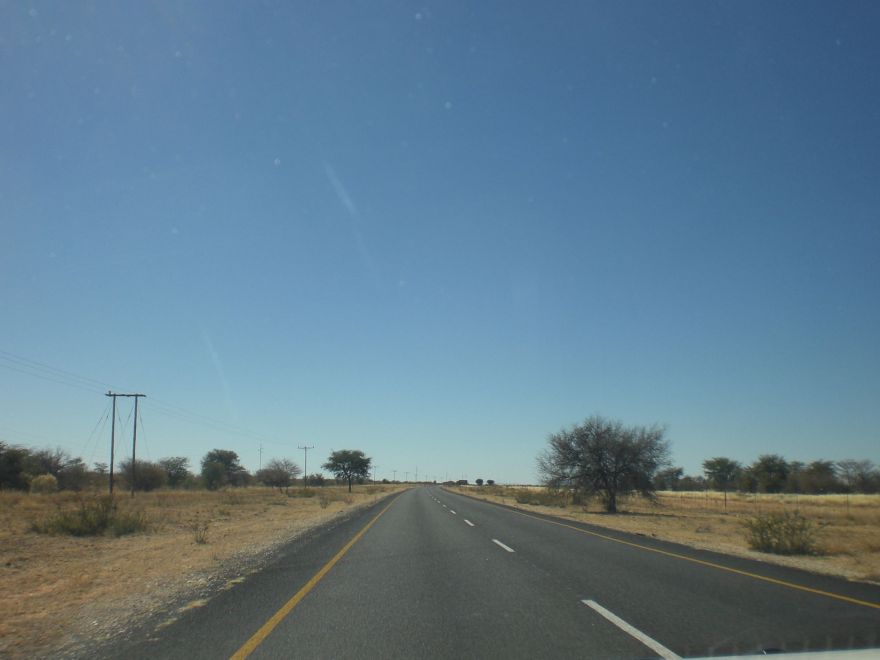 At the end of the afternoon, after a long day, we made it to Maun. Luckily the shops were still open, so we could do groceries for a week and get enough petrol and water. In the Okavango Delta, there are no shops, so you have to bring everything you want to eat or drink. With our truck loaded with all the necessities, we headed to a campsite just outside Maun.

In the early morning, we drove the last 1,5 hour to the south gate of Moremi National Park, the area of the Okavango Delta that is accessible for four wheel drives. And that you need a four wheel drive became clear as soon as we entered Moremi. The officers at the south gate pointed us in the right direction by saying: "take that road", but in fact there is nothing more than an old and overgrown trail.
There are four campsites in Moremi National Park. We would spend our first night at Third Bridge. We were able to drive to this campsite fairly quickly. There wasn't a lot of water, so we didn't had to do any real river crossings. When we arrived at Third Bridge Campsite, we could choose any campsite. But don't imagine that this is a campsite with a fence around. Wildlife just wanders around the campsite. At night, there were hyena's around us, we saw elephants (lots of them). In fact, we saw so many elephants, that we didn't found them special anymore. Strange, isn't? 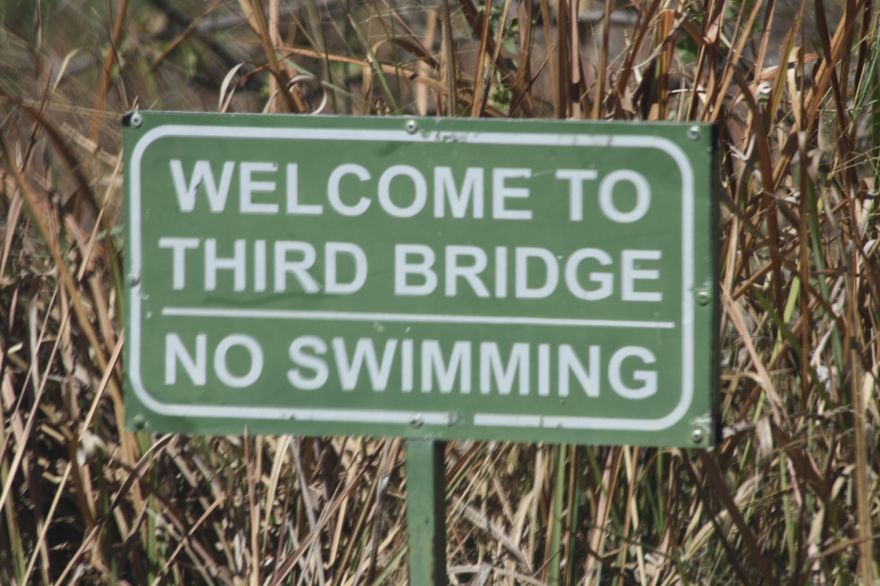 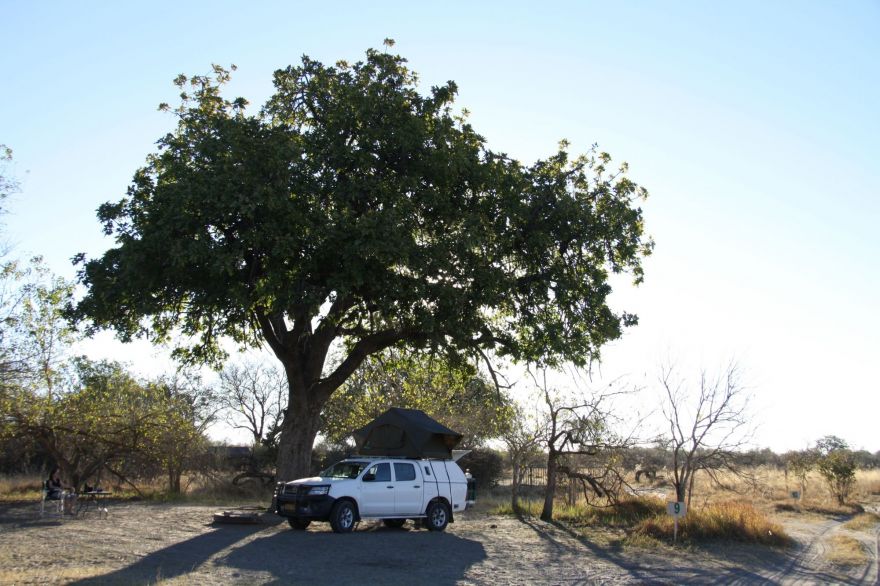 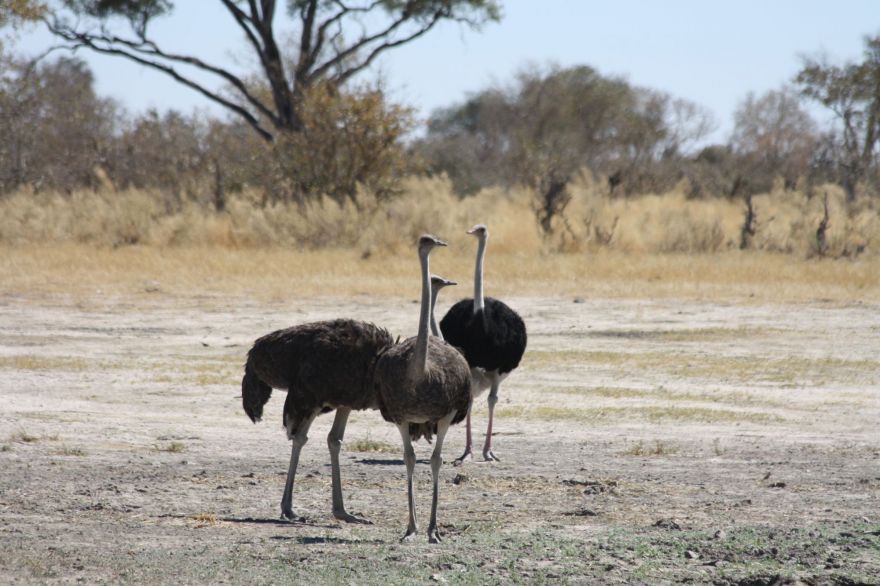 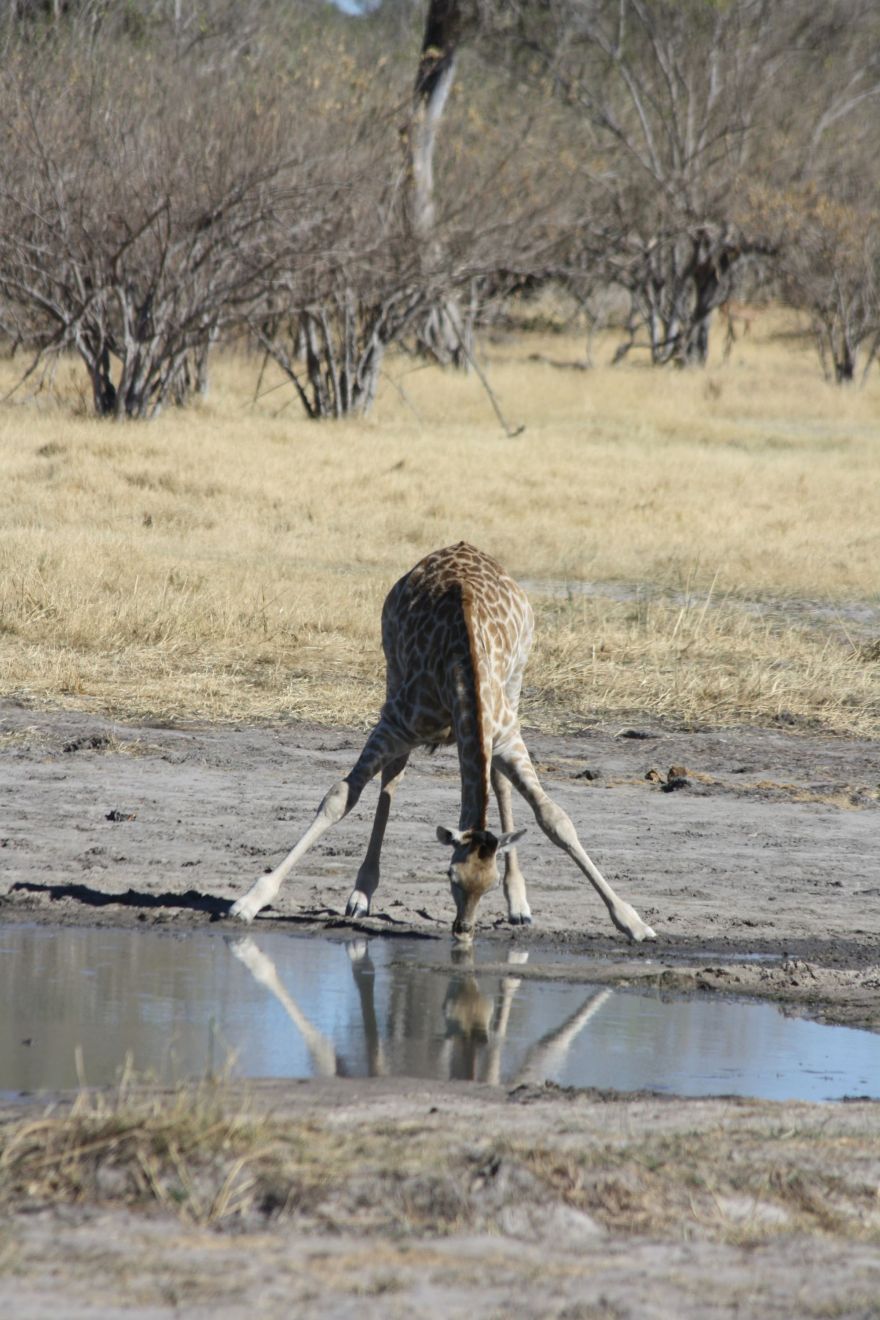 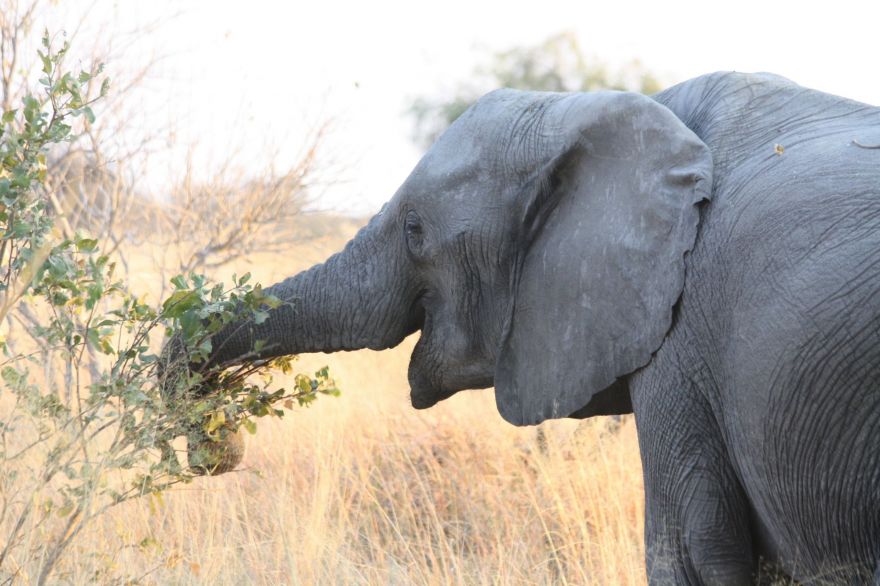 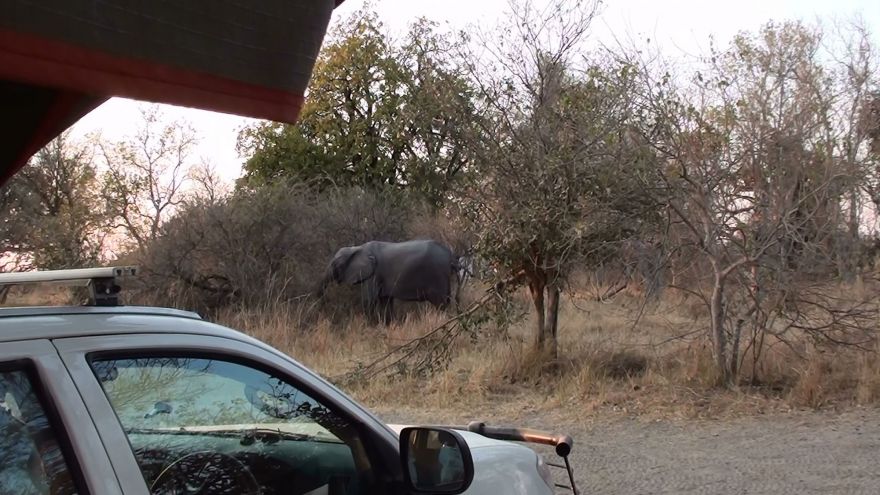 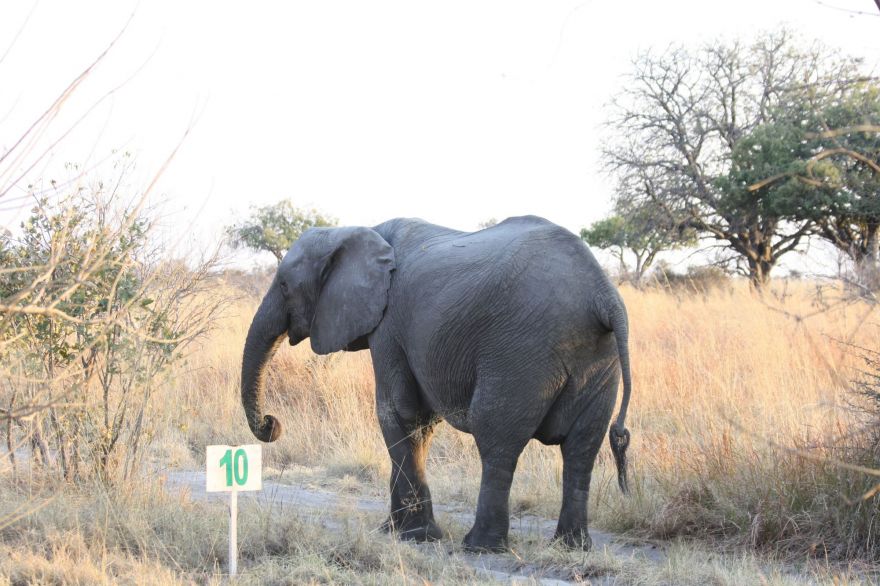 The Okavango Delta is known for its large amount of birds. Therefore, we made a boat tour the next morning. This is also the perfect way to experience the enormous size of the delta. Incredible! If you are lucky, you will be able to see birds, crocodiles, hippo's and other wildlife during a boat tour. We only saw a kingfisher and a little crocodile. But on the other side, we paid for an hour but were given a tour of more than two hours. 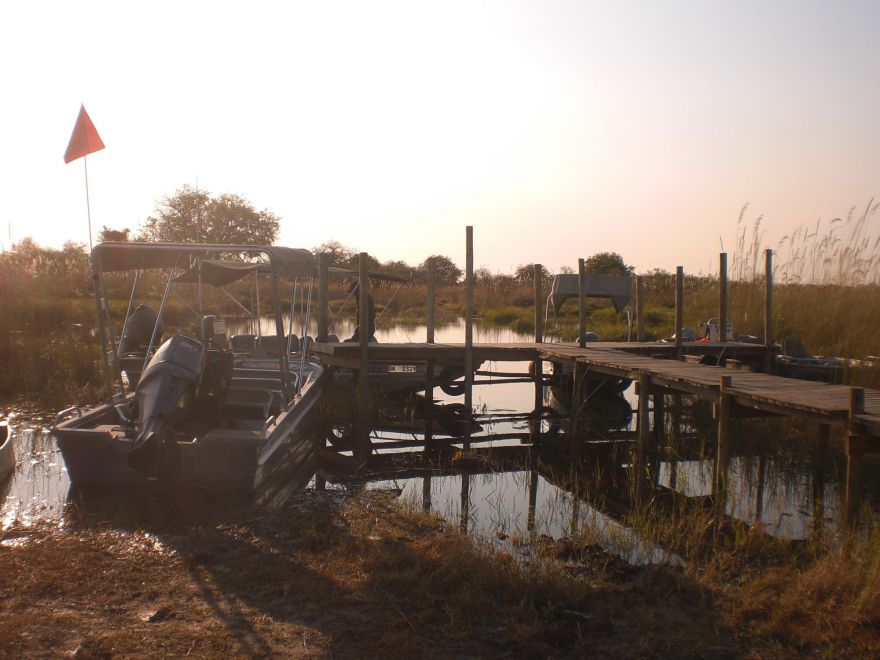 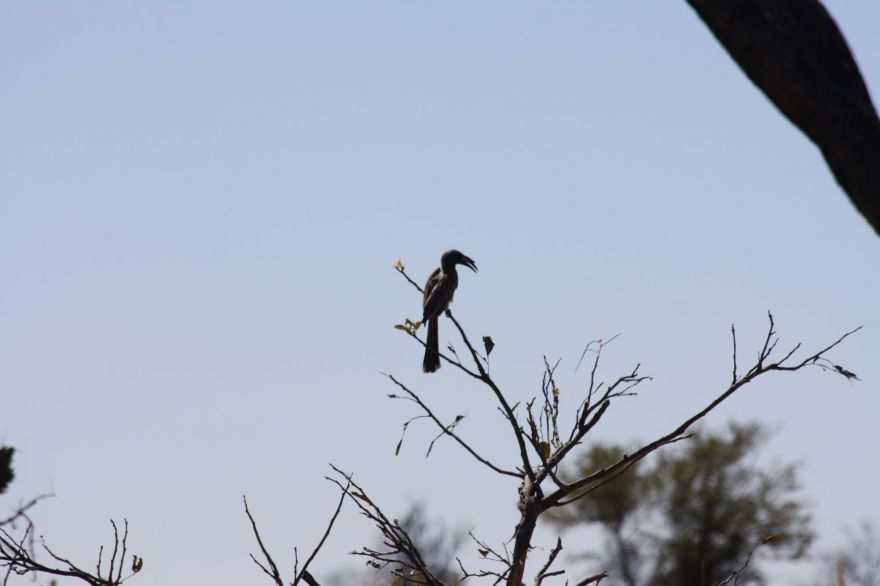 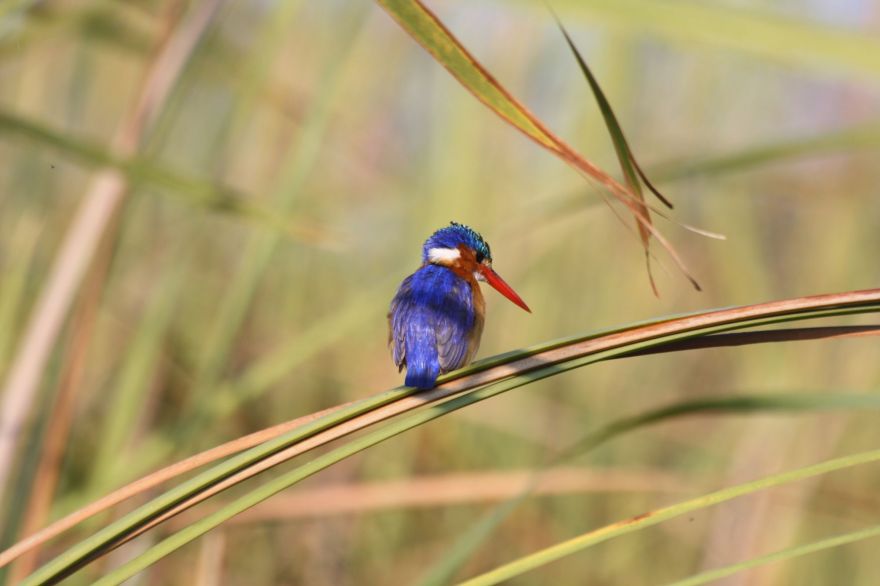 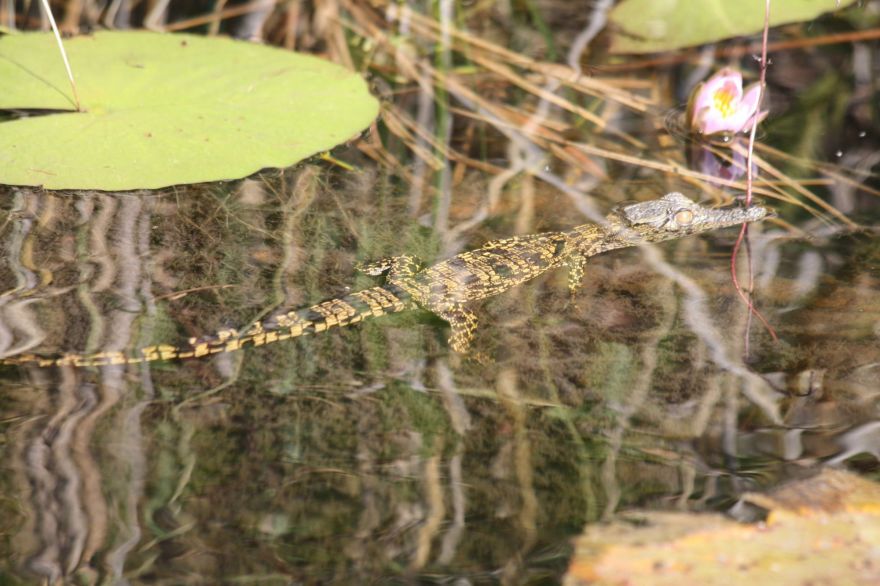 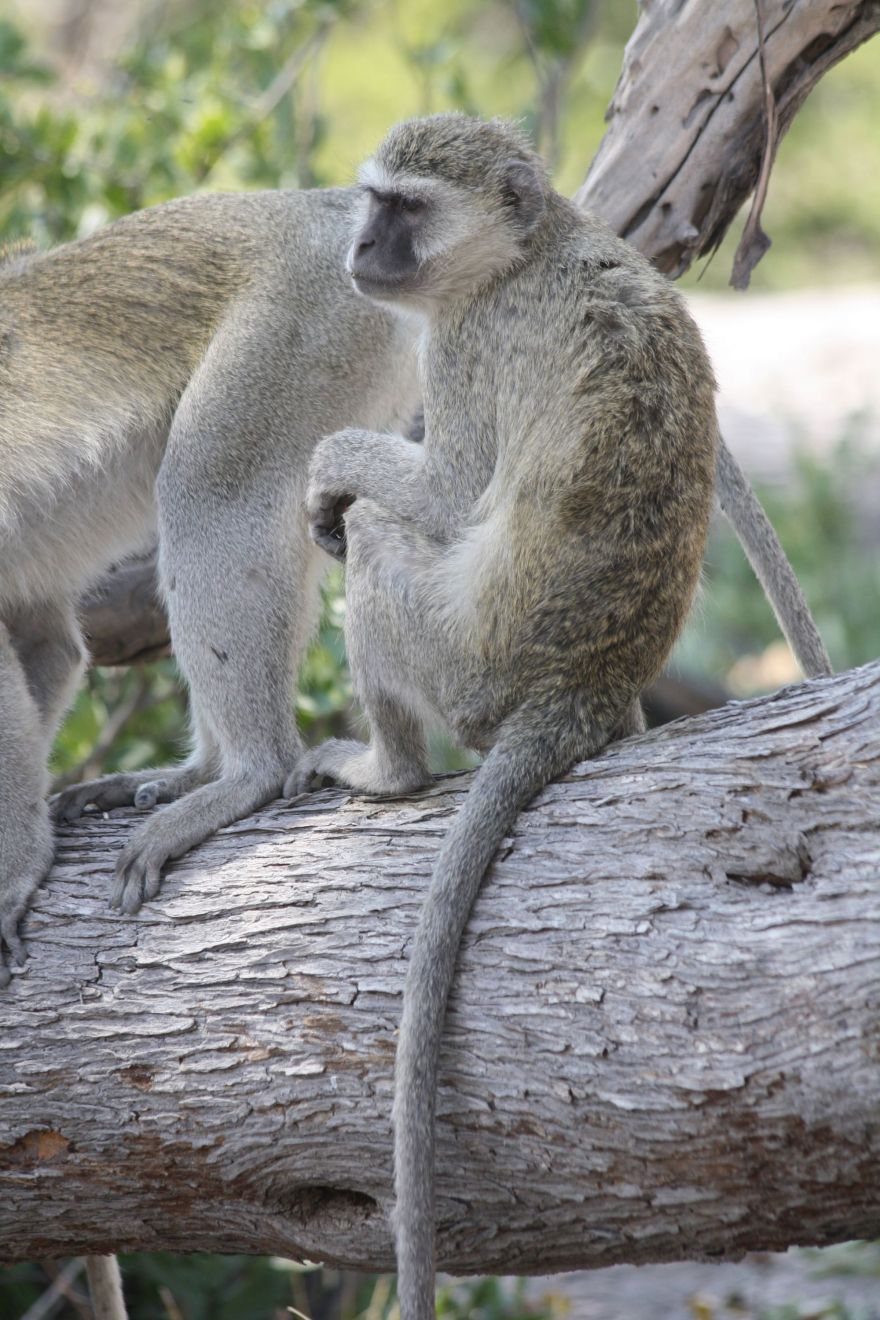 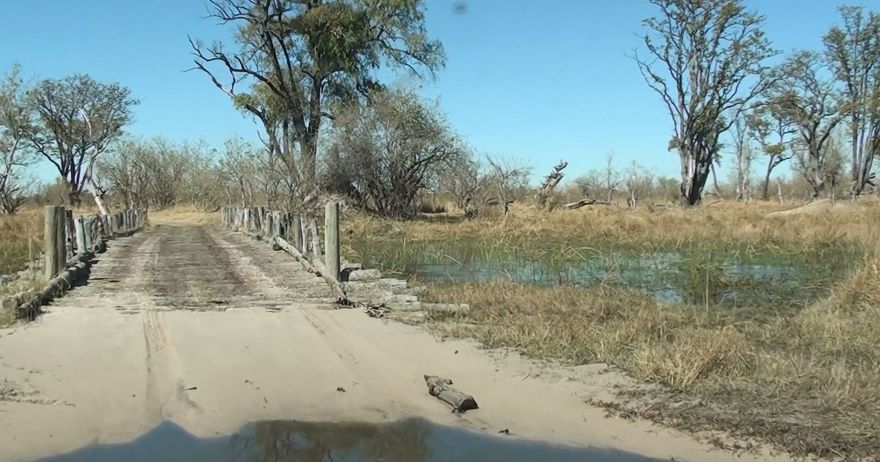 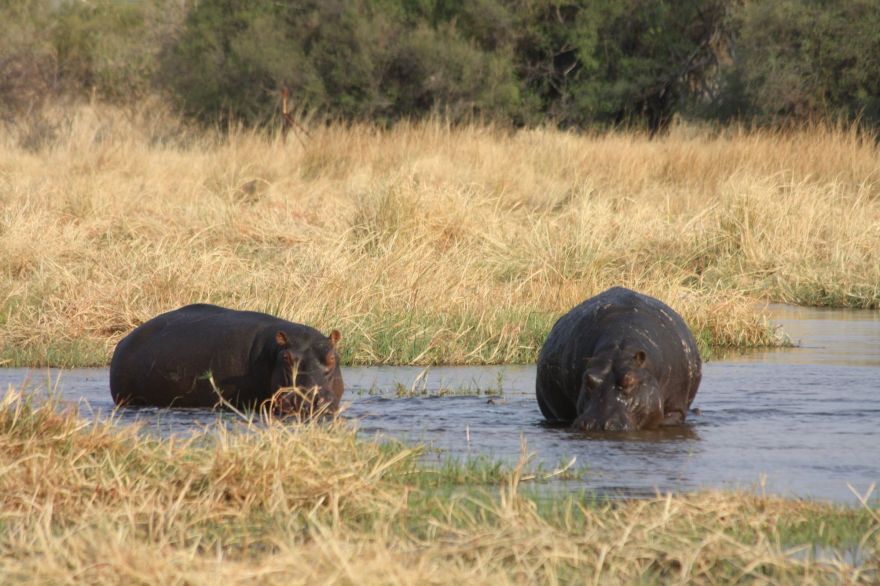 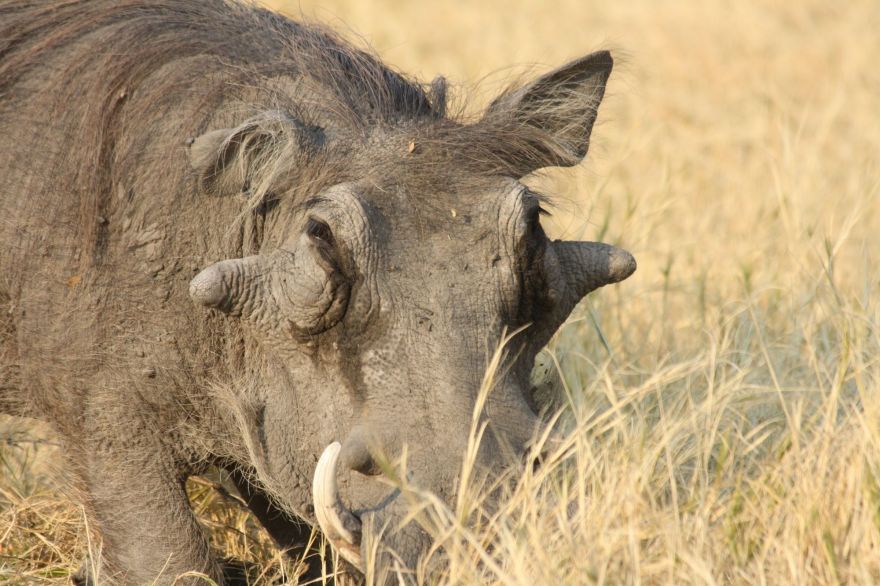 If you have enough food and water, you can spend days if not weeks in Moremi National Park. There is so much to see! But when it is time to move on, you have several options: continue up north (towards Chobe National Park, which we did) or back to Maun. When we left the North Gate, the officers told us that we had to cross a small stream. In their eyes, this might have been a small stream. We prefer to call it an actual river. It appeared to be about 30 meter wide and 1,5 meter deep (yes, we measured that by walking into the water!). It was actually quite funny to drive through this deep water. Next time we, however, have to remind to close the windows... But more about that in a later post :) 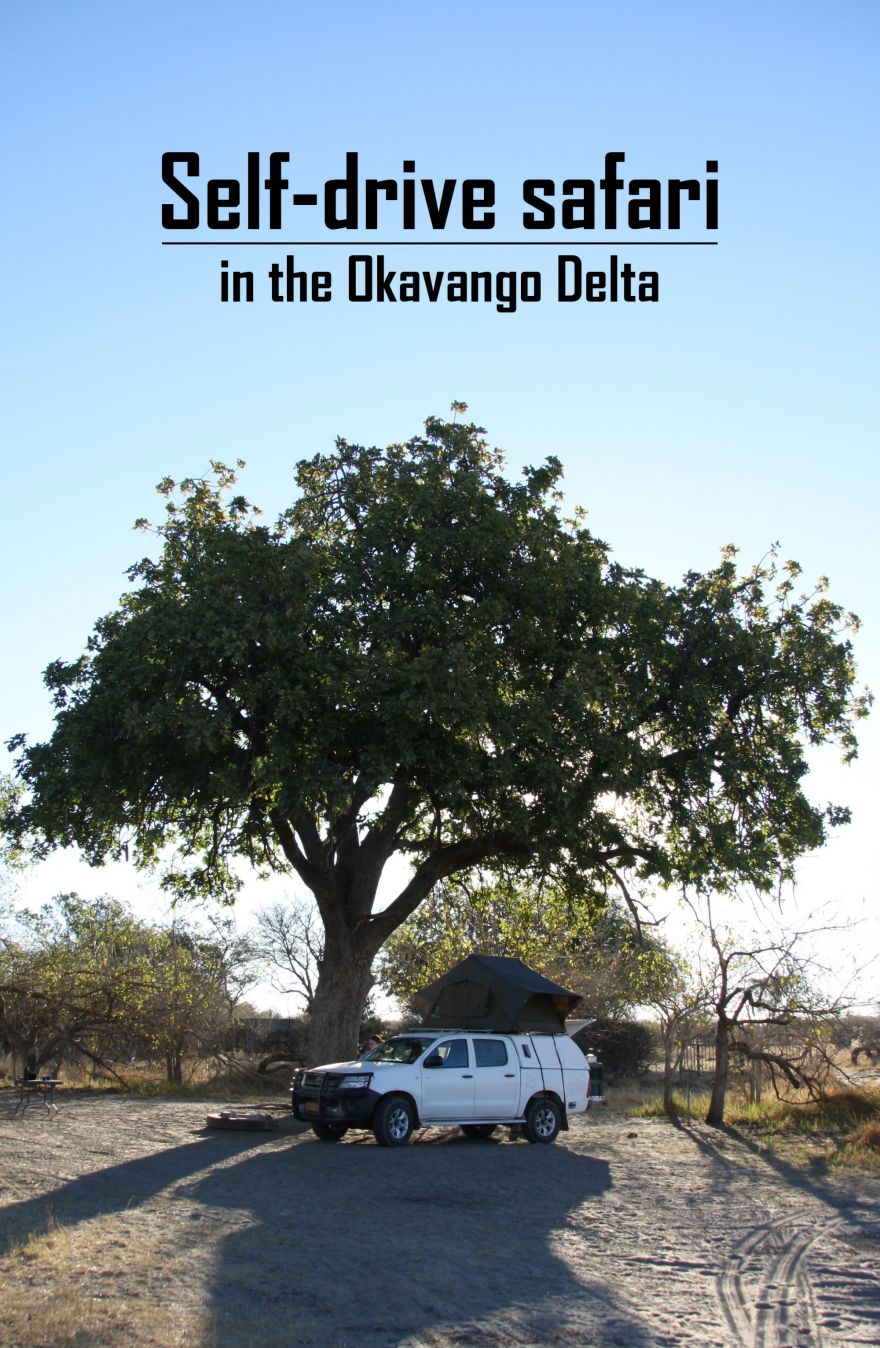