The highlights of Ghent

Ghent, located in the Flemish Region of Belgium, was once one of the largest and richest cities of northern Europe. Many historical sites can still be see today. Which of these sites you definitely have to see, you will read in this blog post.

Ghent's city centre is characterized by three towers: Saint Nicholas' Church, St Bavo's Cathedral and the Belfry of Ghent. The Belfry is the center one of the three. The 95 meter high tower was built in the 14th century. However, the exact date when the tower was built is unknown, but people belief it was in 1314. During the following centuries, many reconstructions have been taking place. In the 19th century, a large iron spire was placed on top of the tower. But the spire was of such poor quality, that it was replaced with the current stone spire. Nowadays, the Belfry is open for public (8 euro entrance fee) and provides stunning views of the center of Ghent. 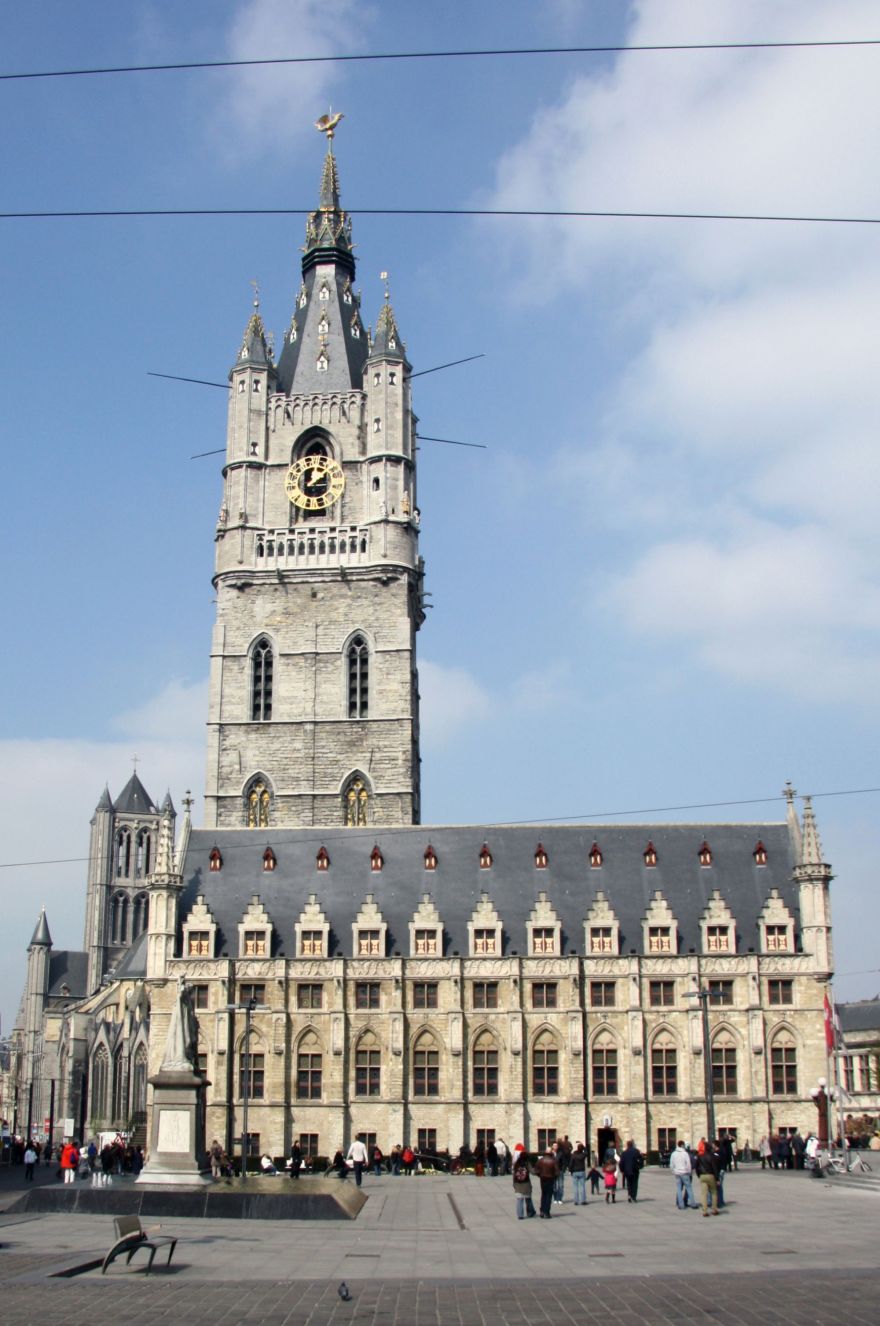 During the middle ages, the population of Ghent frequently revolted against the city rulers. To punish the revolting population, the Holy Roman Emperor Charles V decided to demolish the St Bavo's Abbey and replace it for the Spaniards' Castle. People therefore had to go to a different church: the Saint John's Church, which became known as the St Bavo's Church and later, when the Diocese of Ghent was founded, the church became cathedral. Although the exterior of St Bavo's Church is spectacular already, the interior is even better. It, for example, includes the work known as 'The Adoration of the Mystic Lamb' made in 1432 by Hubert and Jan van Eyck. However, don't expect you will be the only one to view this masterpiece, when we visited the cathedral there were tens of people trying to make a photo of Ghent Altarpiece 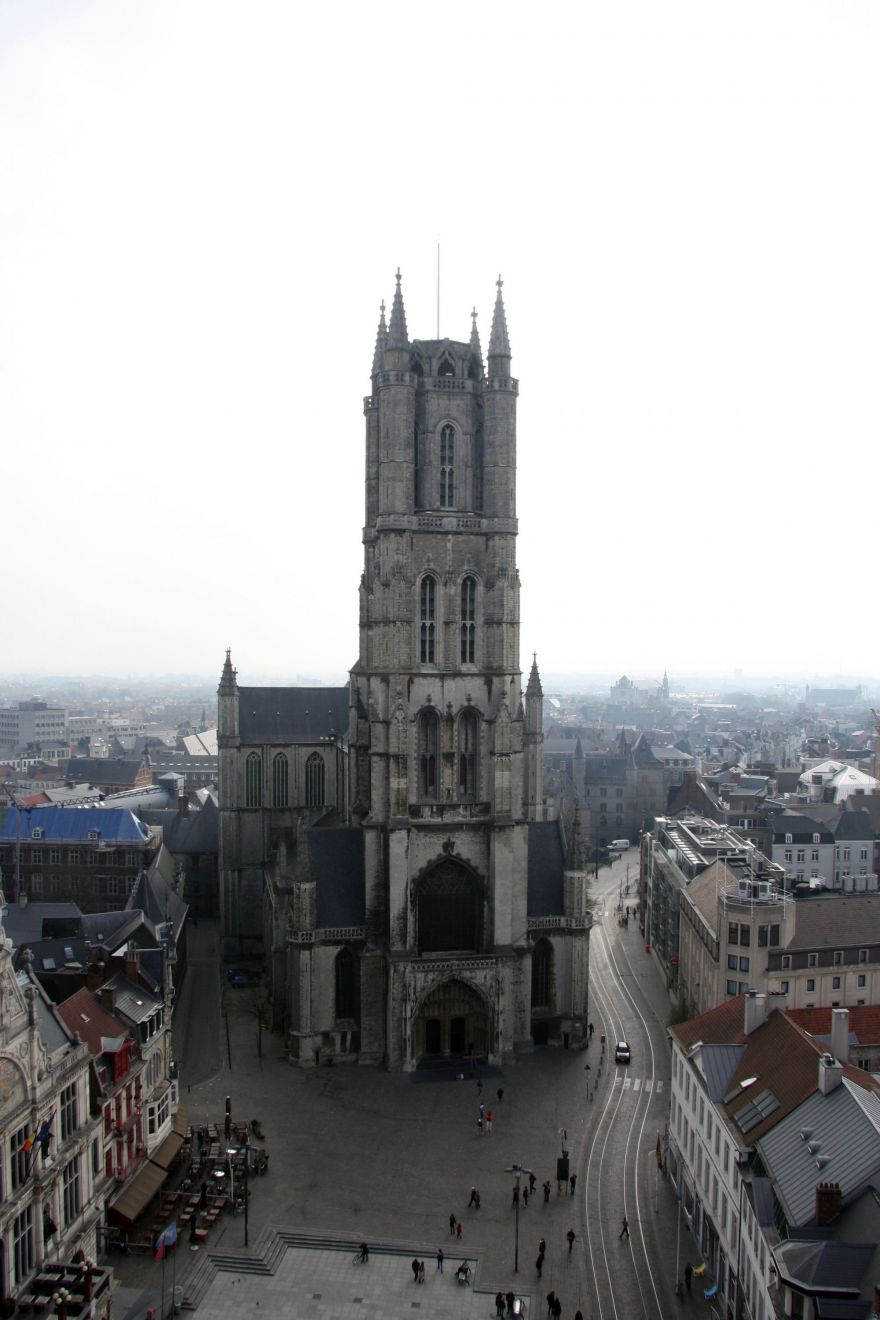 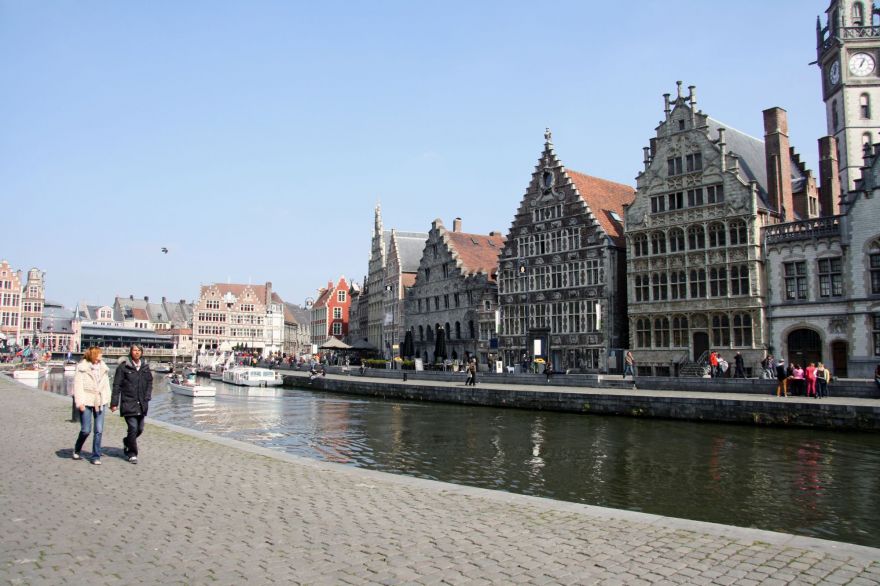 Gravensteen is a castle in the city centre of Ghent. The castle was built in 1180. However, in the 19th century, the building was in such a poor shape that it was almost demolished. Luckily, the city of Ghent decided otherwise, they bought the castle in 1885 started major renovation works. Nowadays, it is the most visited tourist attraction in Ghent. For 10 euro entrance fee, you can visit the castle, learn more about its history and enjoy the views of the city from the castle walls.

The City Museum for Contemporary Art (in Dutch: Stedelijk Museum voor Actuele Kunst) primarily exhibits European arts made after the Second World War. Why we loved this museum is the fact that the security personnel is not only there for security reasons, but actually know a lot about the art being exhibited. One of them told use the entire history of one of the artists. Something we have not experienced before in another museum.