Hiking in the Cairngorms

You can undertake plenty of activities in the Cairngorms, both in winter and summer. It is one of the most popular ski-areas in the UK. And in summer, there are plenty of hiking trails waiting to be explored. As we were visiting the Cairngorms during summer, we decided to head out to Ben Macdui. With 1.309 meter high, the second highest mountain in the UK. 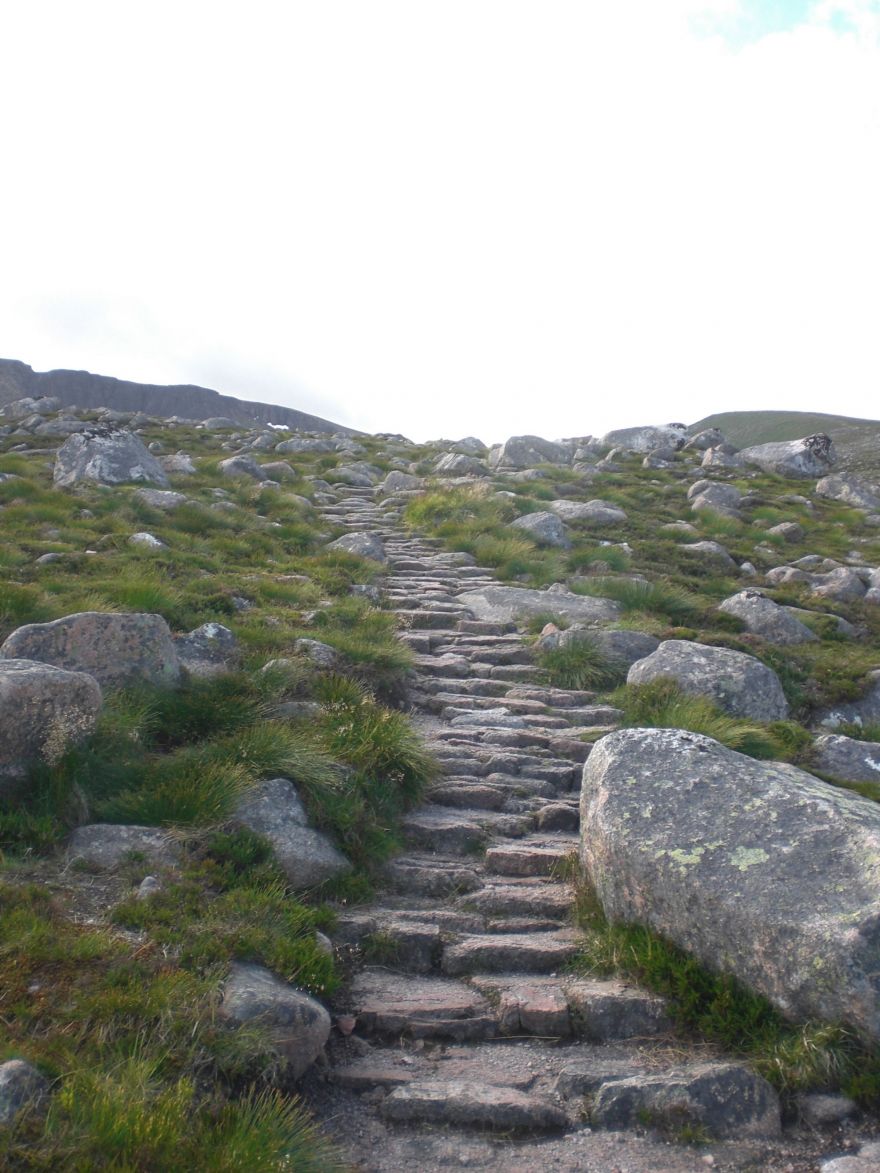 When we parked our car near the Cairngorm Funicular Railway, the sky turned dark. However according to the local rangers, no rain was predicted. They advised us not to start our hike by climbing Cairngorm Mountain, but first head out to Ben Macdui. And so we did. The trail started not too bad. Via a slowly climbing path, we climbed until we were walking in the clouds. As the day progressed, weather became better and better, and the clouds slowly disappeared. 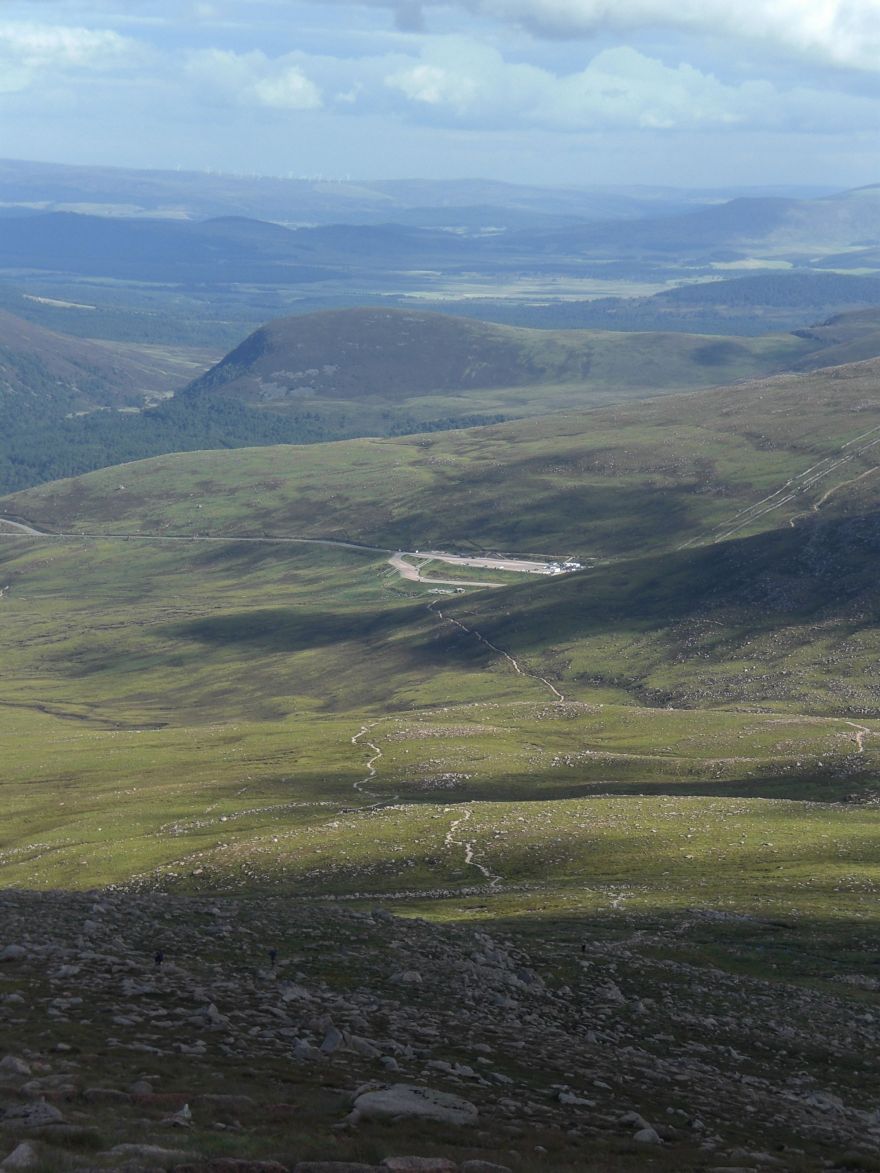 After about six kilometer, there no longer was a path. A large boulder field separated us and Ben Macdui. The route was well marked by a large number of cairns. After a steady climb, we arrived at the windy top of Ben Macdui. And by saying windy, we really mean windy. Taking shelter behind some rocks, gave us just enough protection from the wind to be able to talk to each other. 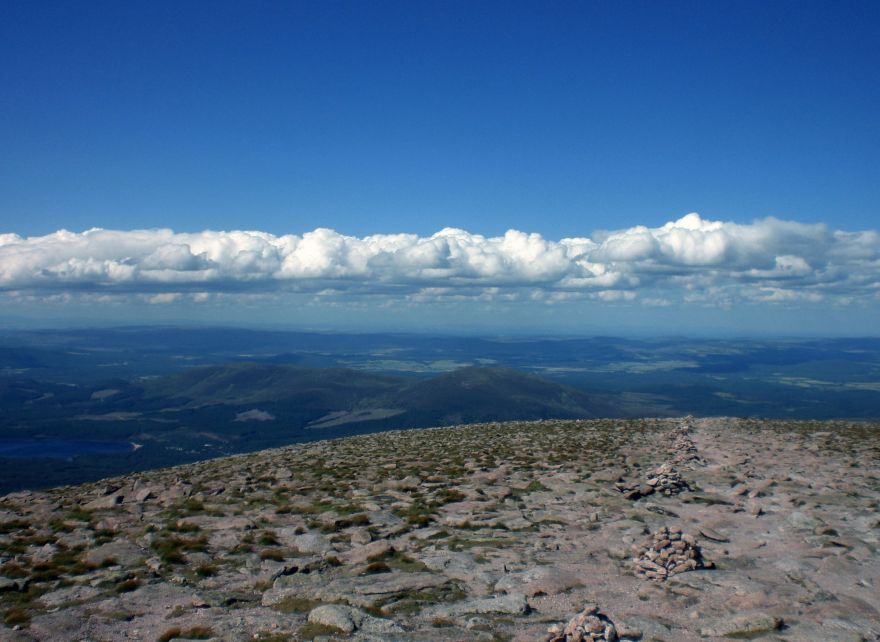 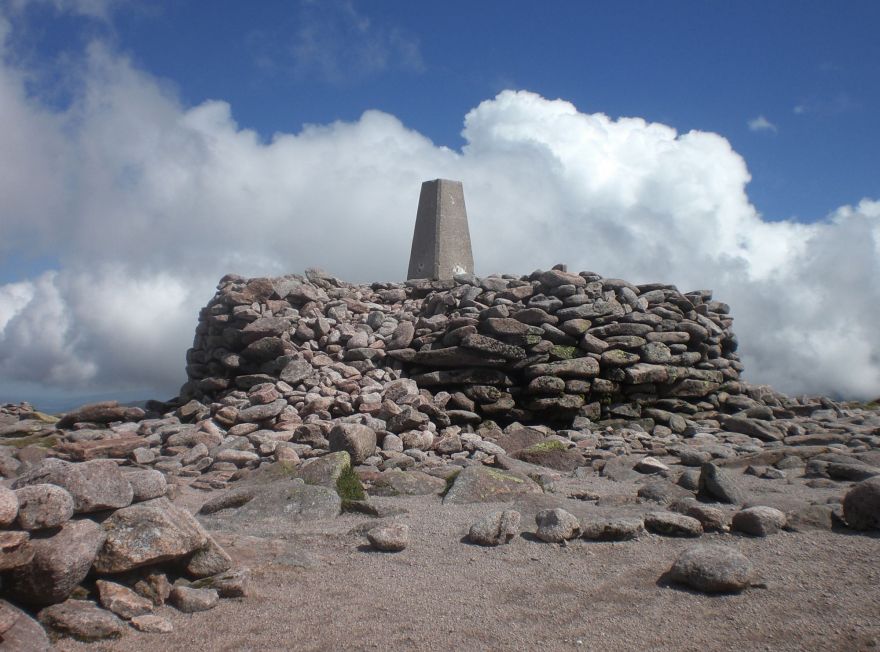 It was difficult to stand upright, but we had to as there was another mountain top waiting for us: Cairngorm Mountain. We initially thought it was just a short hike to get from Ben Macdui to Cairngorm Mountain. But in fact, it was about 10 kilometer. Ten kilometers with a very strong side wind, whereby we sometimes had to walk just meters from a deep drop. And guess what direction the wind was blowing...

You can image that this wasn't the most pleasant part of the hike. Luckily, however, we were never alone. It appeared that this hike is rather popular, especially because you can get to the top of Cairngorm Mountain with the Funicular Railway. But we managed to make it to the top of Cairngorm Mountain, where the wind was even worse. We were able to shelter behind the weather station that is situated at the summit. How ironic... 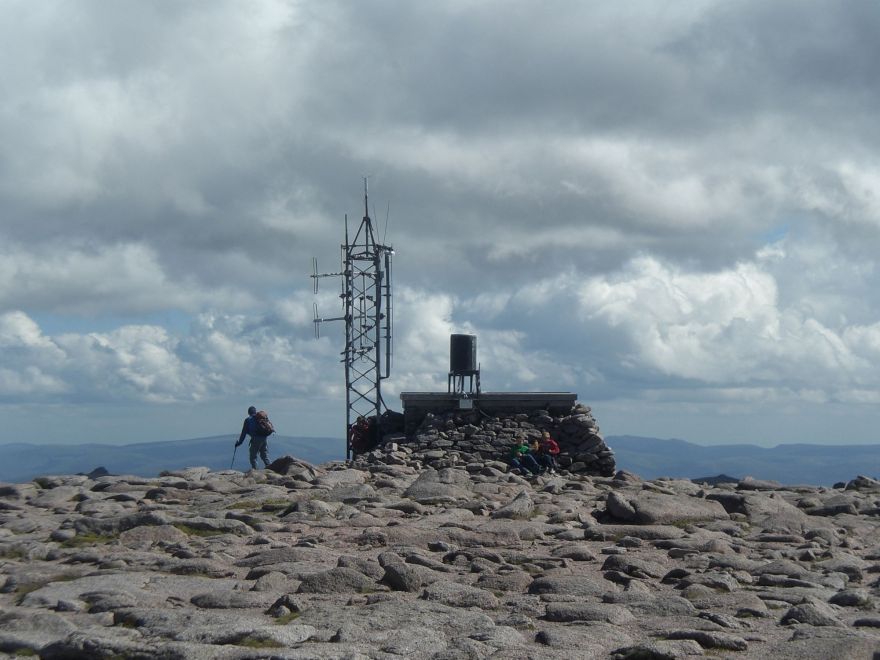 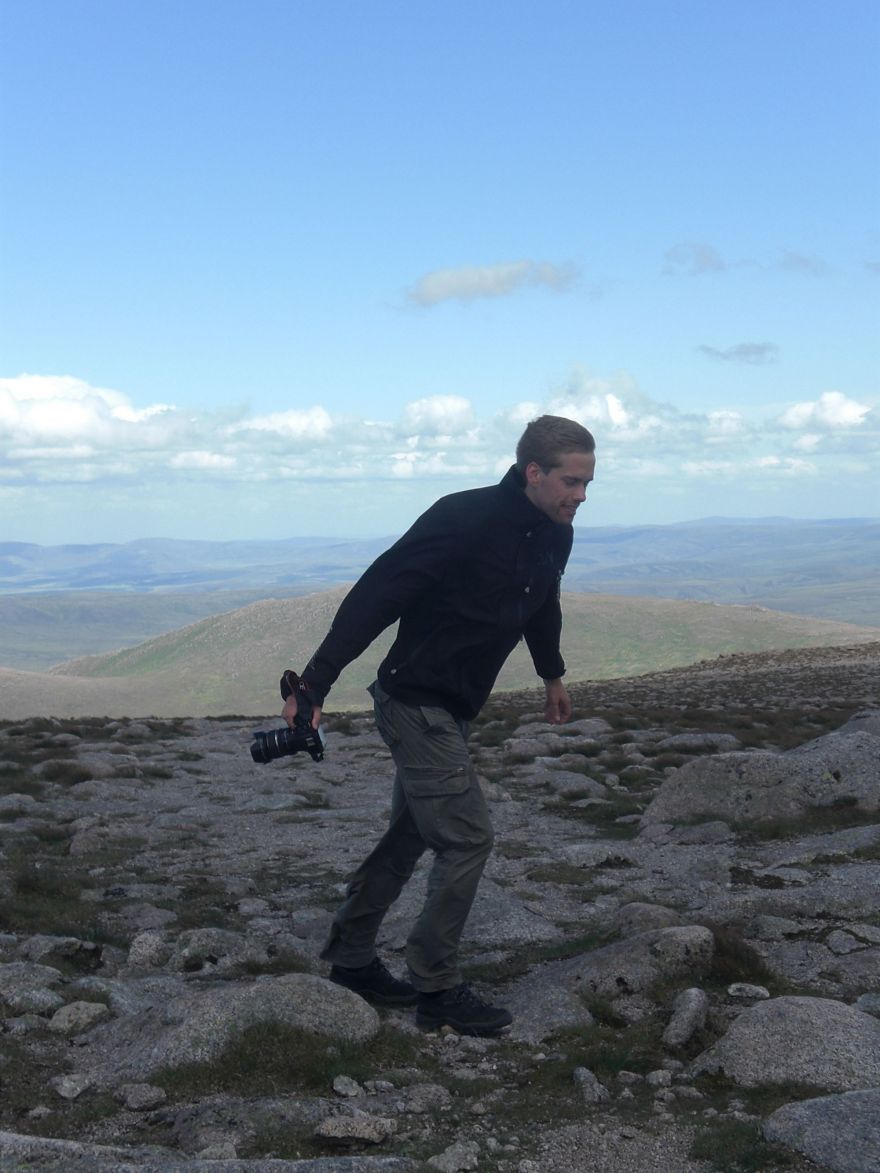 However, we knew we still had to get off the mountain. Taking the Funicular Railway was tempting. Yet, we couldn't. We just had to walk the whole 19 kilometers of the this circuit. Although it was tiring (mostly because of the gale force wind), it was worth it. What a beautiful mountain range!