Te Araroa: From Puhoi to Auckland

What a night was that! We had read in the Te Araroa app, that several hikers had set up their tent in Puhoi Domain. So did we. But what the app didn’t tell, is that the Domain comes alive during the night. We heard all kind of noises. But what freaked us out most, was the possum sleeping on a tree branch above our tent. We quickly learned that possums can snore.

We were one of the first customers of the General Store in Puhoi when we ordered a coffee at 7am. At 8am sharp, we made our way over to the canoe rental company. We were instructed how to operate our single person kayaks and left their premises at 8:30am. Because it was outgoing tide, we didn’t have to paddle very hard. The further we paddled, the wider the river became and the more mangrove we saw. The last stretch, we had quite a bit of head wind resulting in some choppy waves. After about 2 hours, we arrived in Wenderholm, where we were meted with the owner of the rental company. 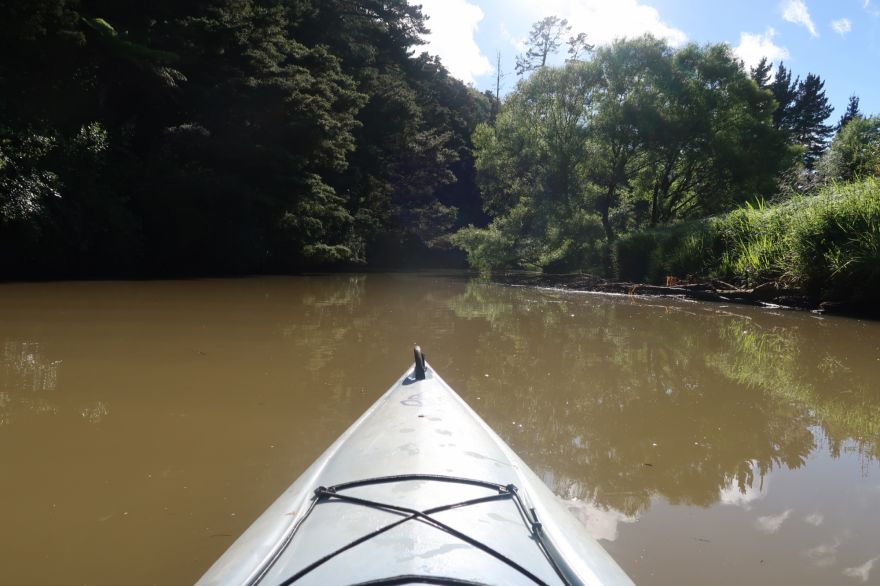 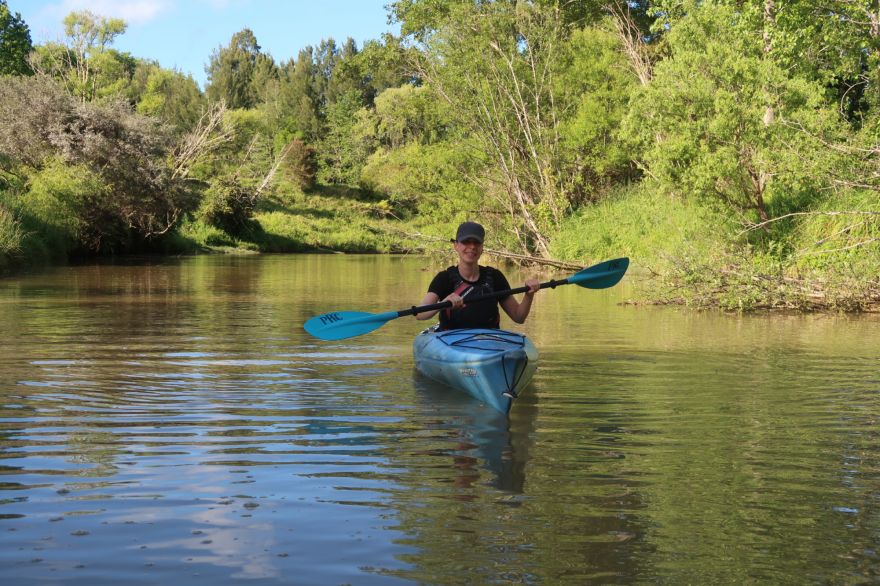 We changes our kayaks for our backpacks and continued walking. We explored Wenderholm Regional Park, from which we had an amazing view along the coast. Because it was low tide, we were able to walk the coastal track from Waiwera to Hatfields Beach. Where we expected a nice beach, the track actually took us over rocks. A lot of rocks. This was pretty slow-going, but we made it to Hatfields Beach. We followed the beach to Orewa Beach and in Orewa, the Te Araroa turned away from the see. After walking along a lot of sidewalks, we ended up in Silverdale. At a local shopping center, we took a short break and order some refreshing smoothies. This was particularly nice as it was an insanely warm day today. From Siverdale, we continued by walking a very busy road. One guy even came back to ask if we wanted a ride. Because we had almost reached Stillwater by that time, we declined. Just after 6pm, we arrived in Stillwater. We soon learned that the generosity of the Kiwi’s is endless as Te Araroa hikers do not have to pay at the campsite in Stillwater. 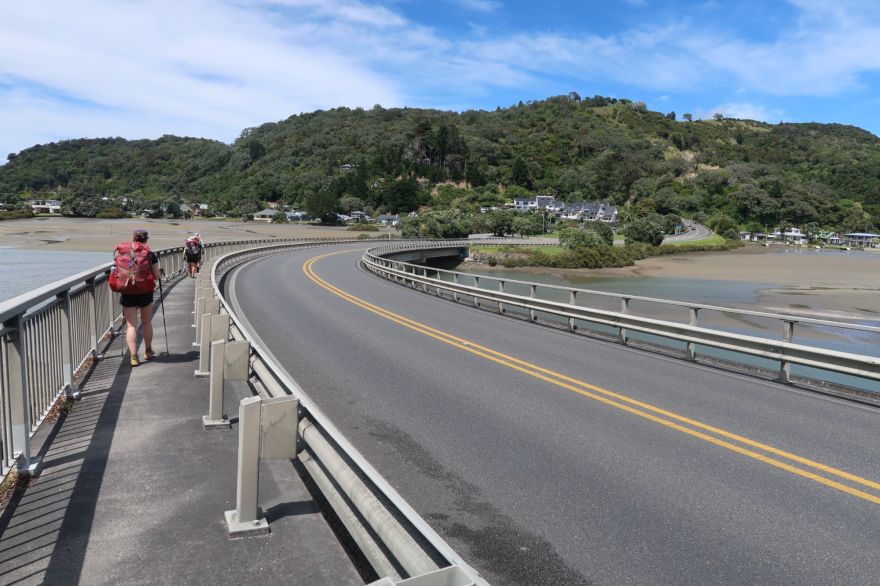 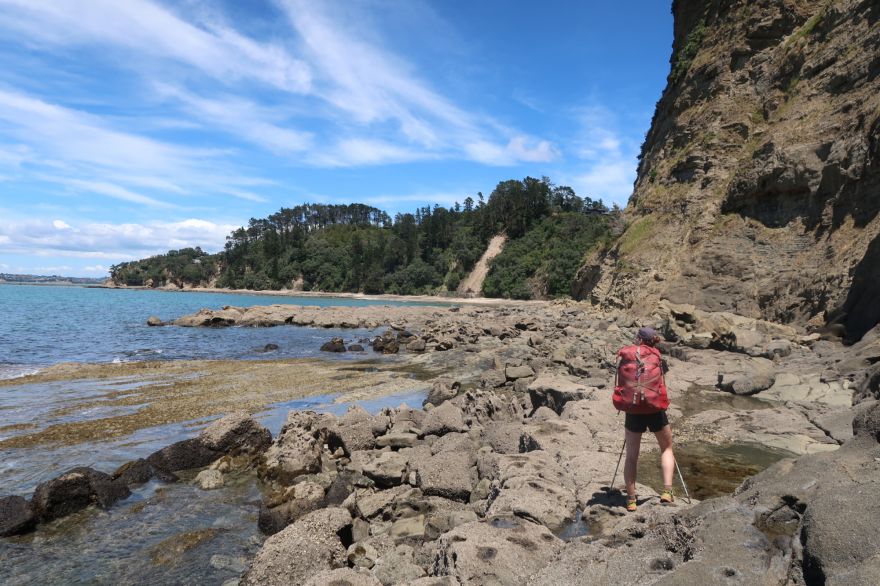 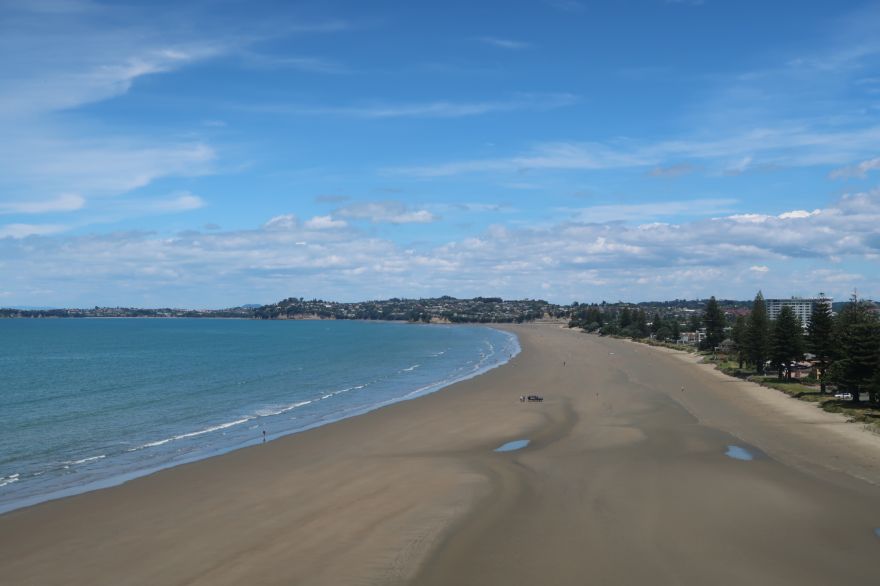 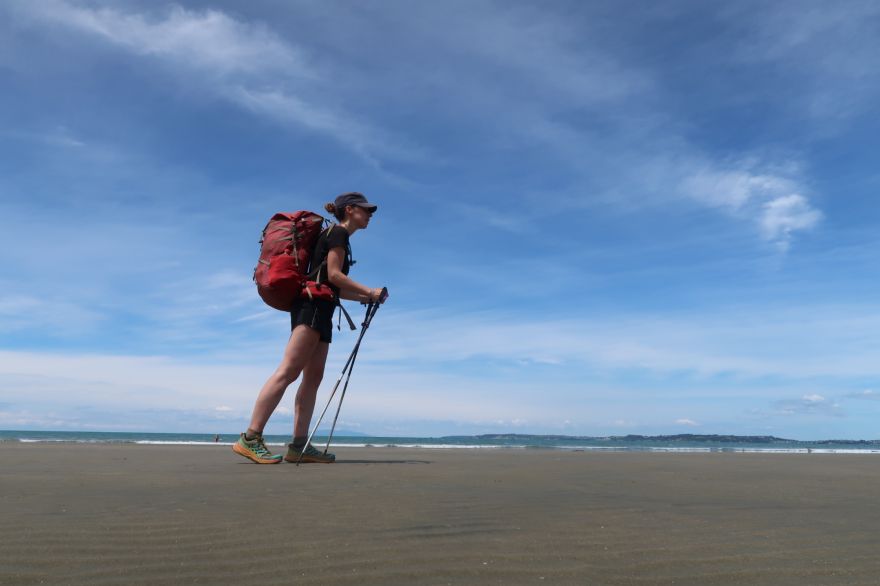 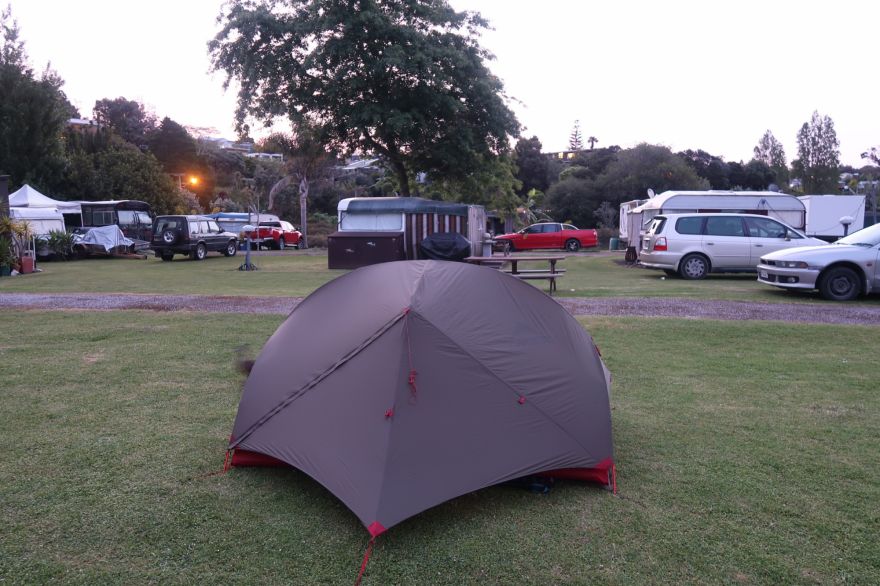 On Saterday, we had to cross a river (the Okura Estuary) that can only be crossed at low-tide. However, the problem was low-tide was at 2pm. The campsite owner offered us to drive us to the other side. This would mean we would have to skip some of the route. Although this sounded (very) tempting, we stuck to the plan and crossed the Okura Estuary by foot.

We left the campsite around 11:30am. We followed the coastal track until we arrived at the Okura Estuary. Because it was still way to early, we took a long break. Luckily, we found ourselves a dry spot as it had started to rain. We started our estuary crossing at 1:45pm. From shore to shore, it is about 700 meter. We followed a sandbank out into the see. This felt strange, however, we knew that the shortest option is also the deepest part of the river. We therefore had to walk a few more meter to be able to safely cross the river. The river itself is about 80 meter wide. At first, the water was not very deep, about knee deep. When we were almost on the other side, it became waist deep for a few meter.

We quickly changed our wet clothes for dry clothes and continued walking. We followed a beautiful track along cliffs. In the distance, we could see the Sky Tower, our first major milestone of the Te Araroa. We contined through different suburbs. In good weather, this will probably be a beautiful route, but in the rainy weather we had it was not very spectacular. We eventually reached Takapuna Beach Holiday Park at 6:50pm.

We had to walk another 9,5 kilometer, before making our way into downtown Auckland. We crossed a few more bays until arriving at the North Head Historic Reserve. This is a formed military defense post, where we wandered in the unlit tunnels. We took the ferry from Devonport to Auckland and reached our first Milestone: Auckland. 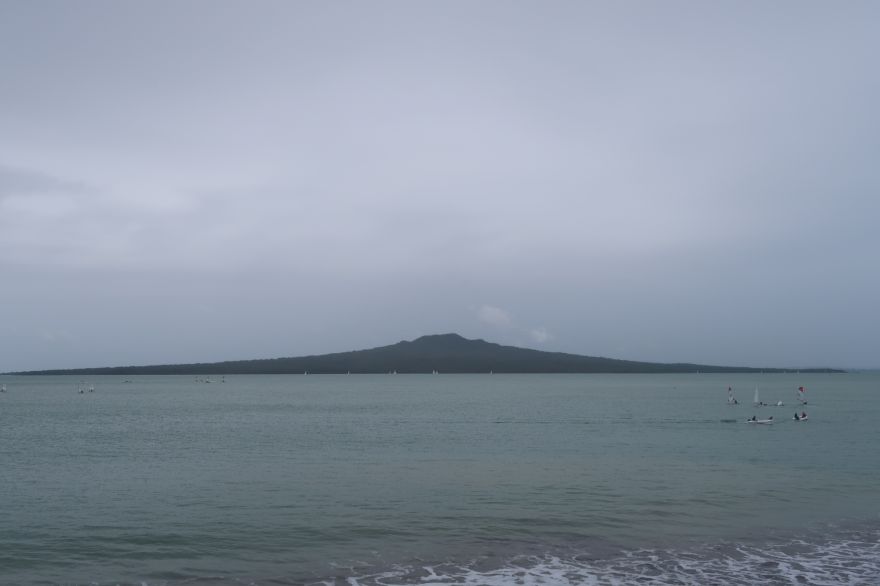 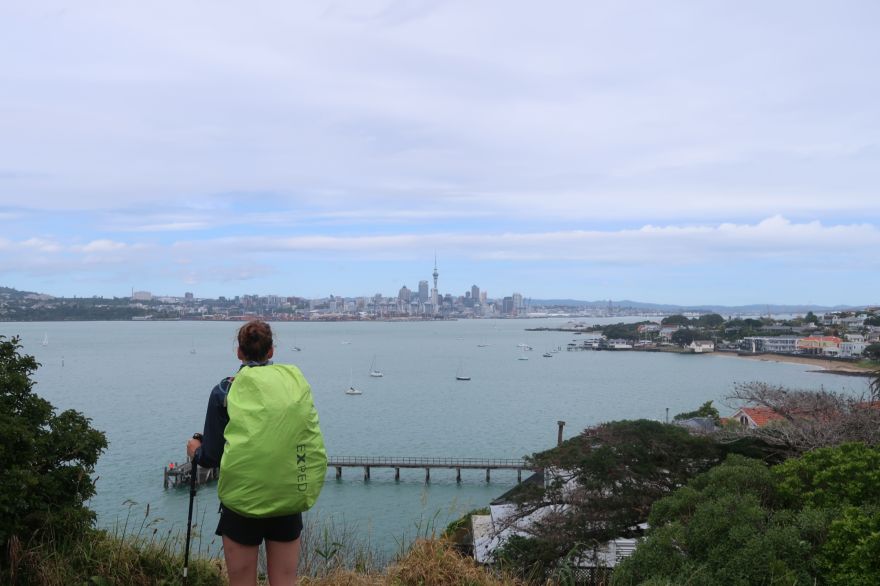 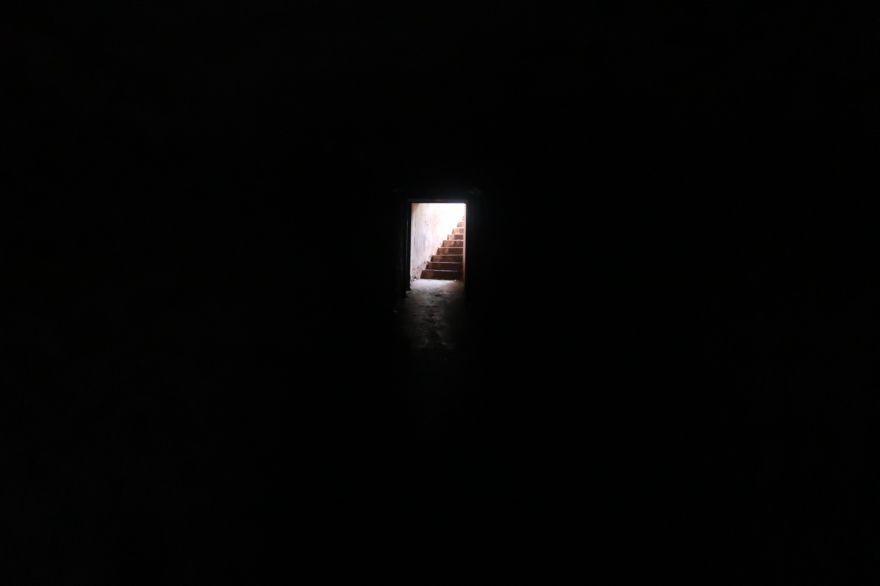