Te Araroa: from Whanganui to the Makahika Outdoor Pursuit Center

After paddling down the Whanganui River for 7 days, our legs were desperate to start walking again However, we gave them one more day of rest. Monday, we explored the Whanganui. We took the Durie Hill Tunnel and Elevator to the top of Durie Hill. We visited the War Memorial Tower and were rewarded with a splendid view of Whanganui. 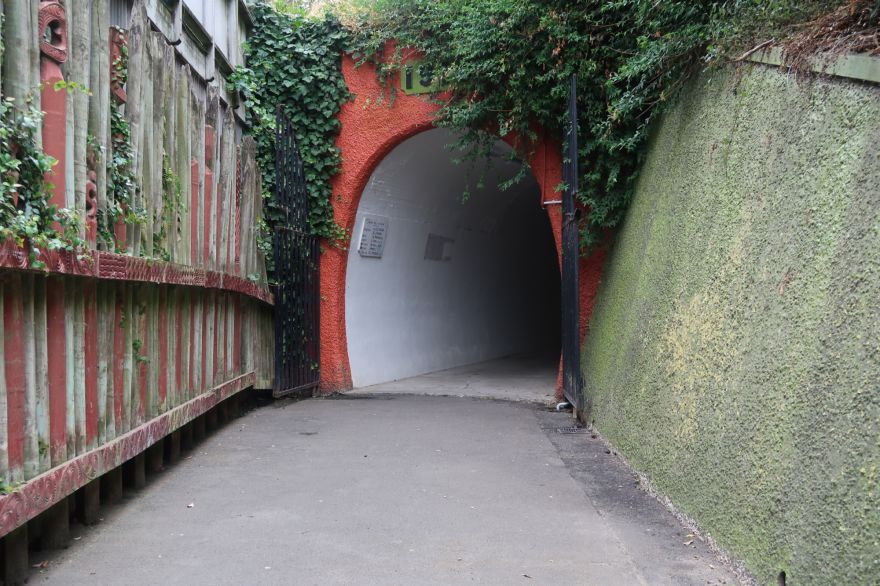 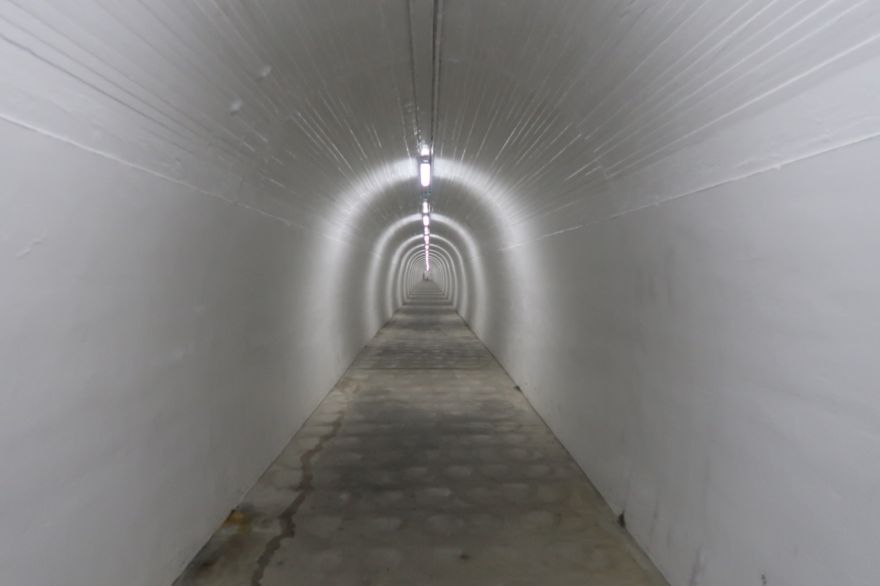 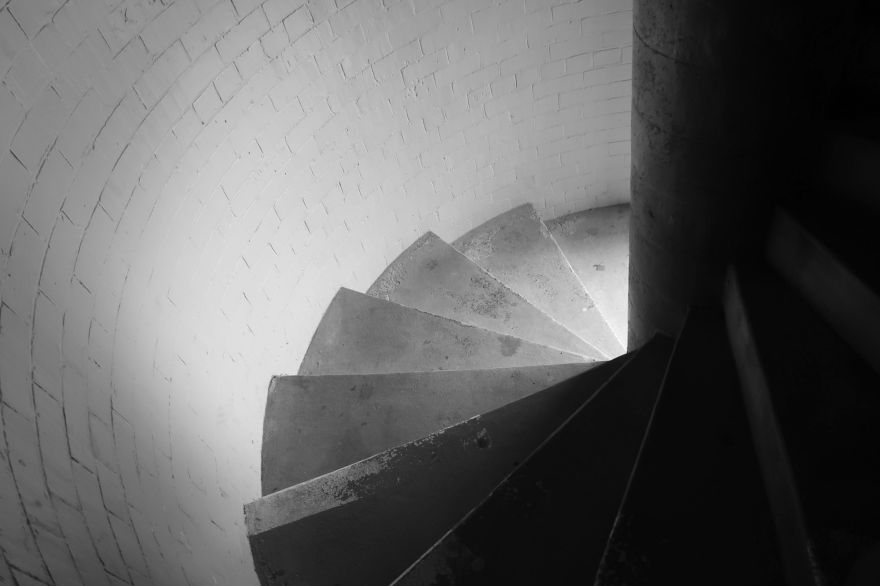 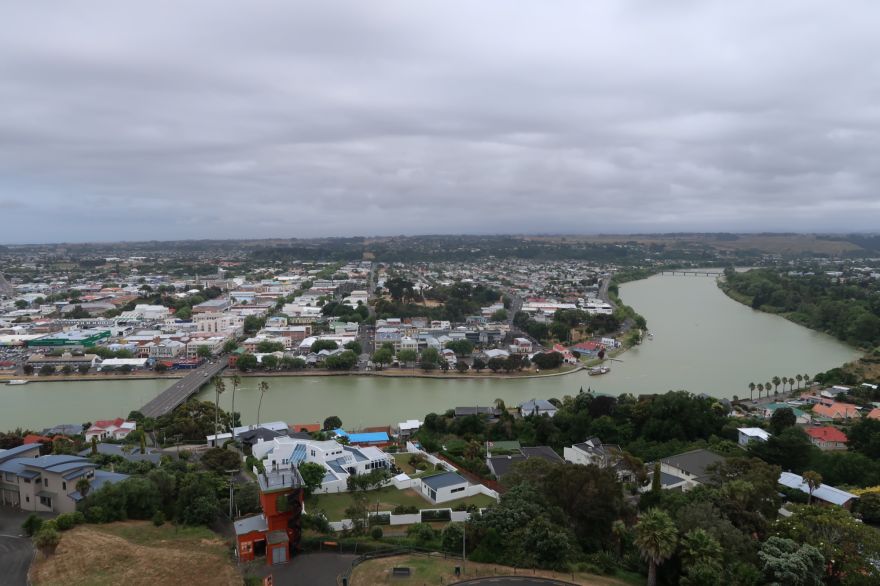 Tuesday, it was time to hit the road again. Literally. From Whanganui, the Te Araroa continues down south to Palmerston North. About 90 kilometer of this section involves road walking. As we didn’t come to New Zealand to walk on tarmac, we figured we could better spend our time elsewhere. That is why we took the bus from Whanganui to Palmerston North. Once we arrived in Palmerston North, we made our way to the home of Anthony and Fiona. They have built a copy of a DOC hut in their backyard. It is a bright orange, three person hut. Amazing what they have created. There even was an intention book. Together with two fellow Te Araroa hikers (Sabine from Germany and Geatan from France), we had dinner with Anthony and Fiona. 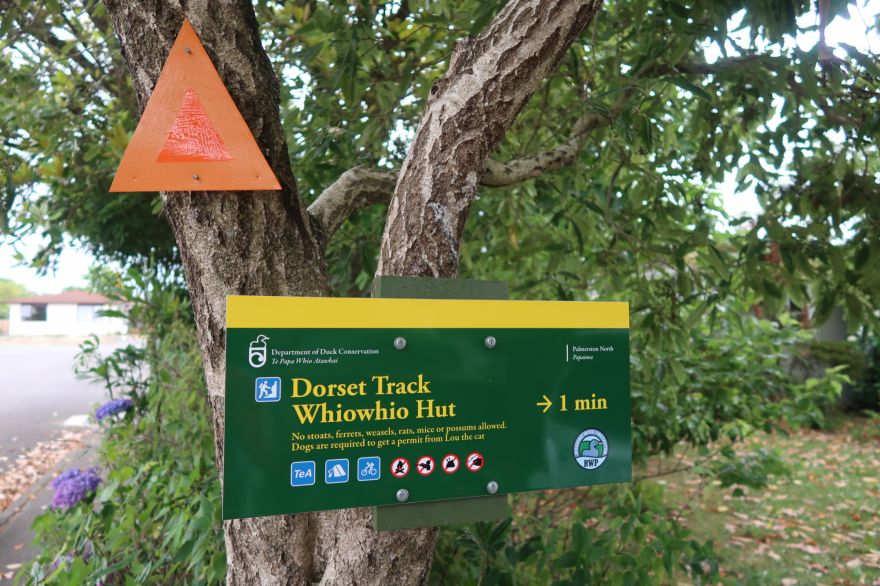 The following morning, it appeared that my hiking poles couldn’t slide out anymore. Coincidentally, Sabine also had issues with her hiking poles. Anthony therefore offered to drive us to the outdoor store to get some new poles. Minutes after the shop opened, we found ourselves a new set of poles. Subsequently, Anthony offered to drive us out of Palmerston North. What a service!

From where Anthony dropped us, we continued down a gravel road before finally heading into bush again. Just before we started the Back Track, we enjoyed our lunch. The Back Track was an easy track, suitable for mountain bikers. Not that we have seen any. After the Back Track, we followed a long gravel track again towards the Burton Track. We noticed a nice and level ground at the first stream we crossed and decided that this was a perfect camping spot for the night. 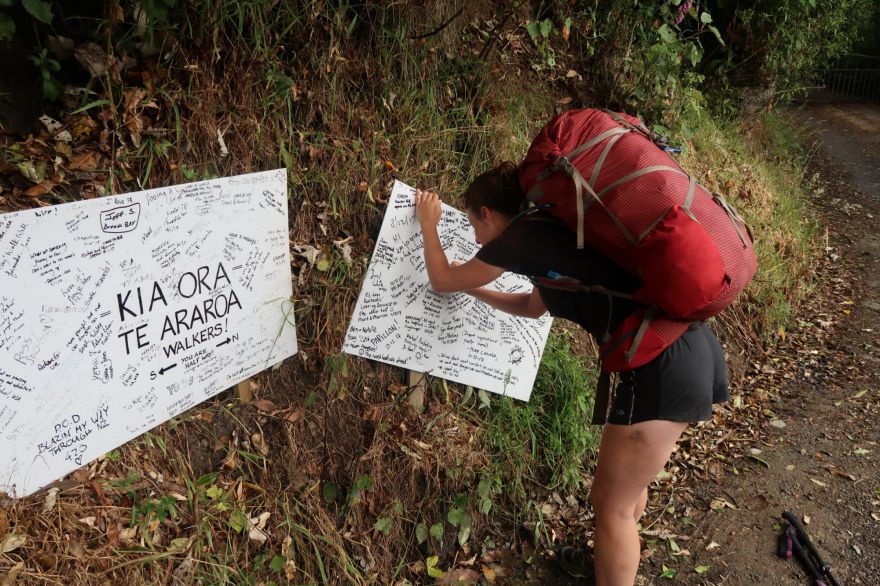 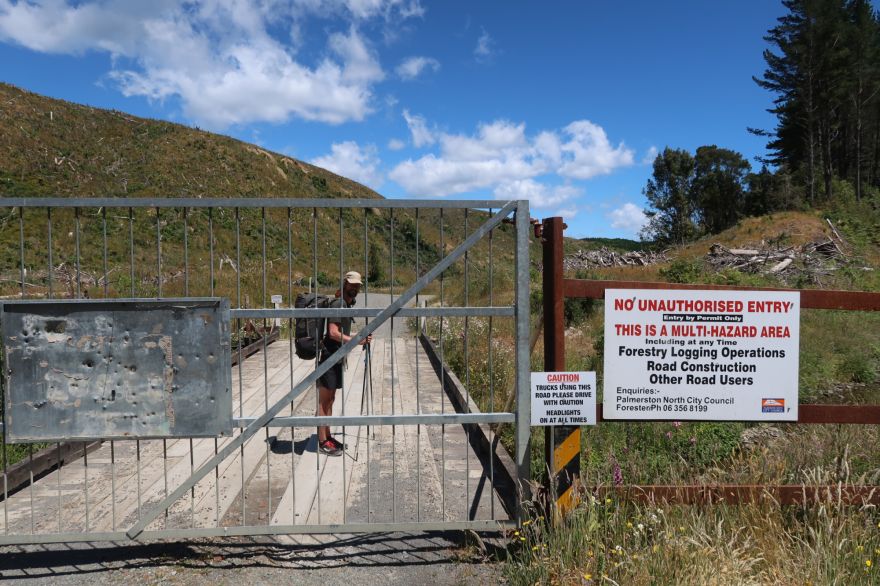 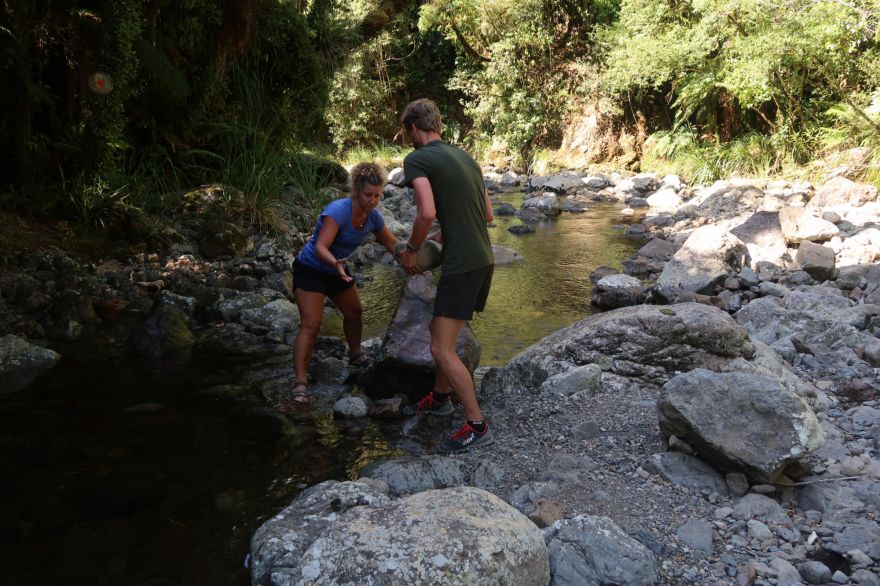 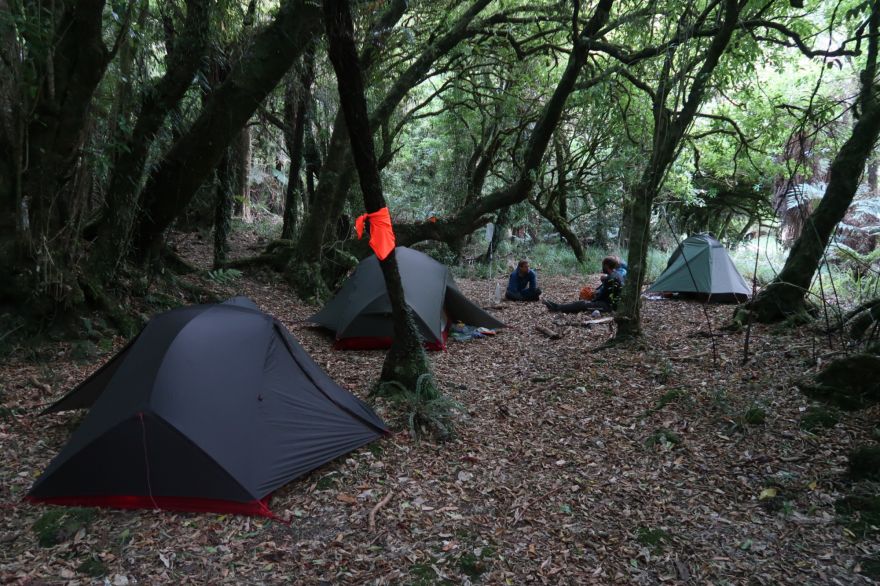 Thursday, we continued down Burtons Track. This track was developed many years ago by James Burton. A farmer living in this area. This unfortunate man died after his diy suspension bridge collapsed. Not because of the fall itself, as he survived the fall. He crawled back to his house, fed his dogs and crawled to his neighbor. He arrived 12 hours later and was rushed to the hospital. Having survived all of this, he unfortunately died a few days later.
The Te Ararao follows the same track as James Burton walked to get to and from his farm. The track was not difficult, just a lot of short but sometimes steeps hills. When we finished Burton Track, we followed yet another gravel road before re-entering the bush. Because it hasn’t rained for quite some time in this area, all the mud had dried, which made walking very easy. We followed the track to an altitude of 680 meter. We had an amazing view on the western coast line of New Zealand.
We followed a great track down. The grade downhill was very easy and we decided to run downhill. Suddenly Marjon stopped running. She had probably twisted her knee. We learned our lesson and continued on a normal pace. We crossed multiple small streams before arriving at a farm. The track was not really well marked, which made us having to follow our GPS for a while. When we reached the final gravel road of the day, we knew it was only a few more kilometers to the Makahika Outdoor Pursuit Center. Sabine, Gaetan had arrived just before us. We were also reunited with Tim, Yvonne and Nadja. In the evening, the people of the Makahika Outdoor Pursuit Center brought us to Levin to do some shopping. Again, the hospitality is so great. Amazing to experience the warmth and generosity of the Kiwi’s. 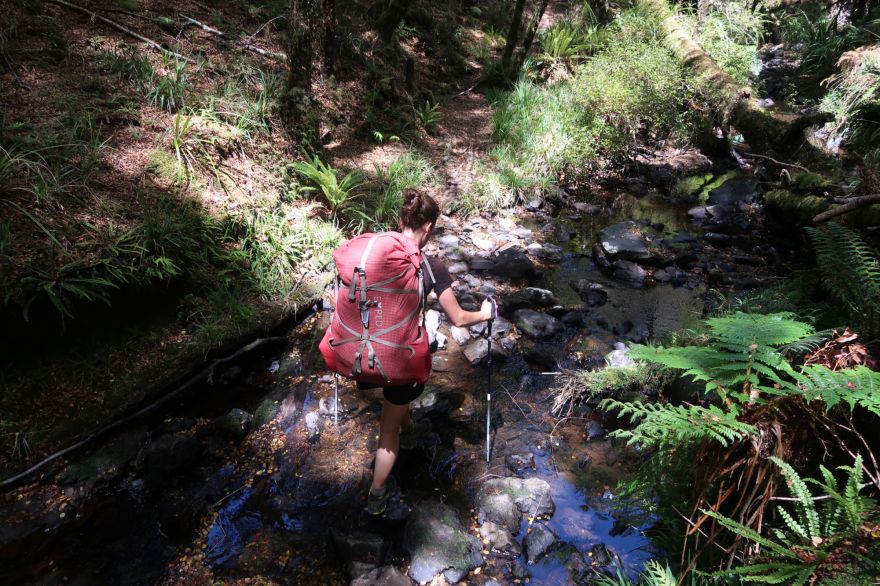 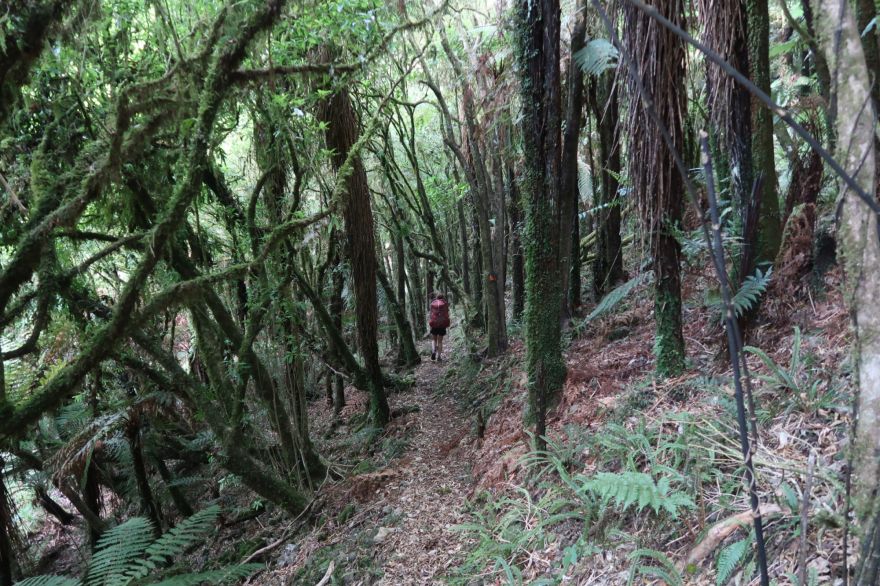 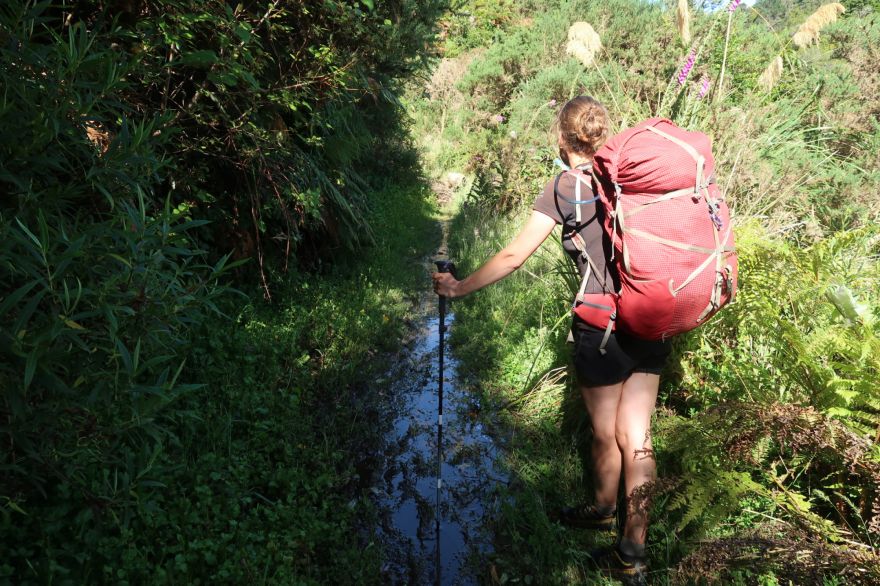 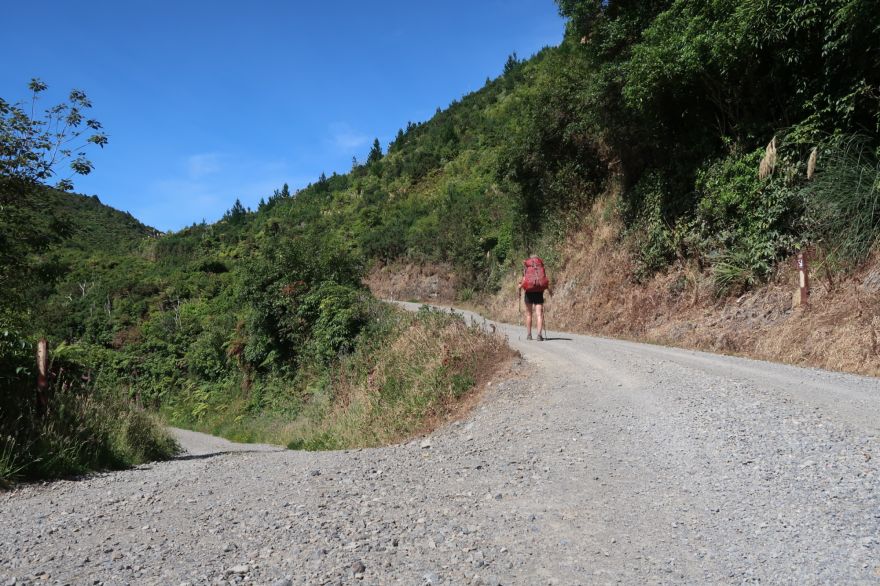 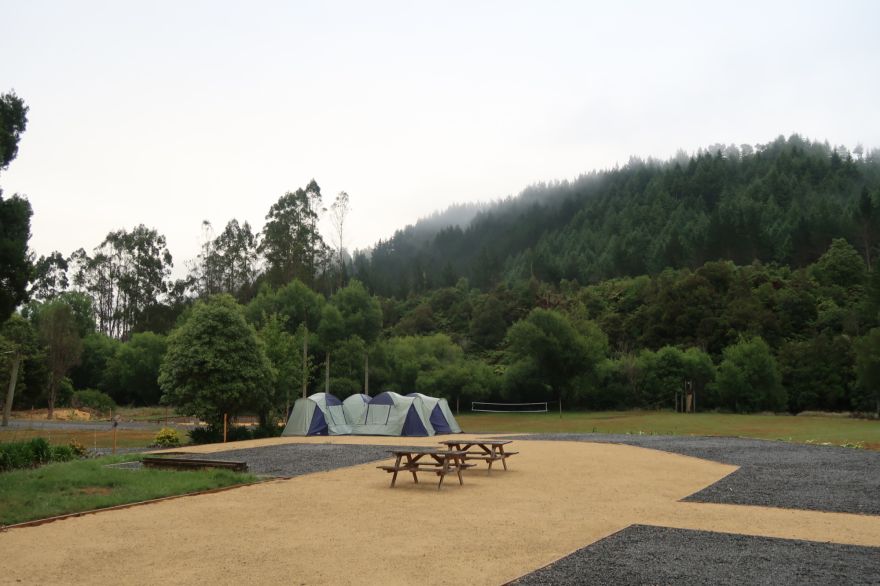