Te Araroa: Game over? (from Queenstown to Queenstown)

After completing the Routeburn Track, we arrived at the Greenstone Hut. There, we chatted the entire evening with a Dutch couple that are traveling through New Zealand. Before we realized, it was way beyond our usual bedtime. We therefore got up a little later than usual. However, by the time we got up, most people were still in their bed. We finally left the hut at 10am. Almost directly after leaving the hut, Marjon complained about a sore leg. Her leg was a little swollen and red. Every step proved to be painful. With some painkillers, it was just doable to walk to the next hut. However, we did walk rather slowly today. We followed the Greenstone Track through forest, open grassland and rivers. Having hiked for a few hours, we noticed a hut on the horizon. We knew that we had to cross a suspension bridge just before arriving at the hut. When we arrived at a suspension bridge, we thought we were done for the day. However, apparently, the hut we saw was a private hut and we had to walk a few more kilometers to get to the Greenstone Hut. When we finally did arrive at the Greenstone Hut, several people that were already there tried to diagnose the cause of the painful leg of Marjon. None of them was, however, able to pinpoint the exact cause. 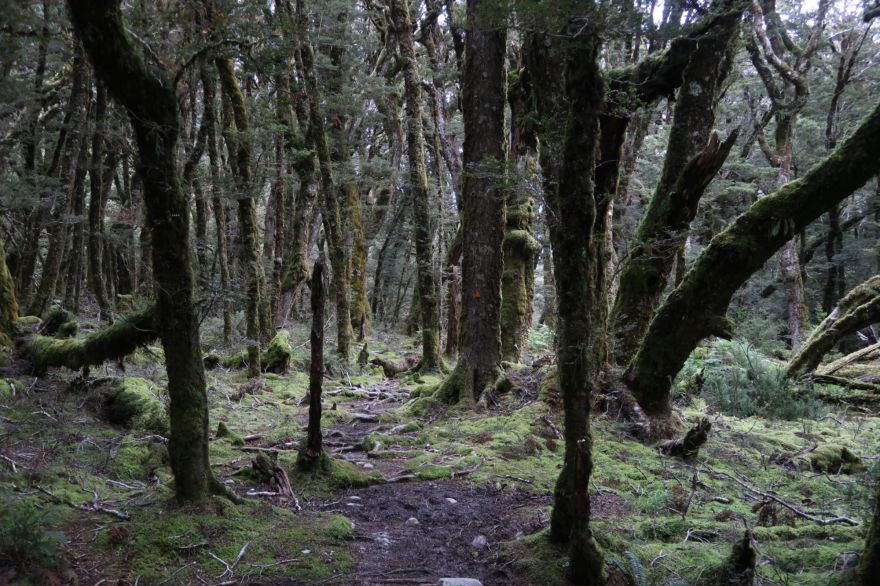 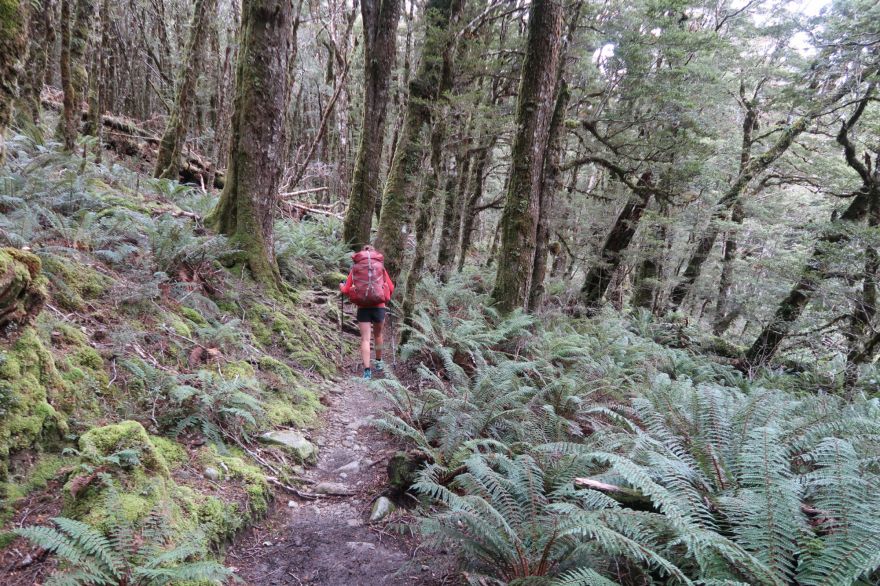 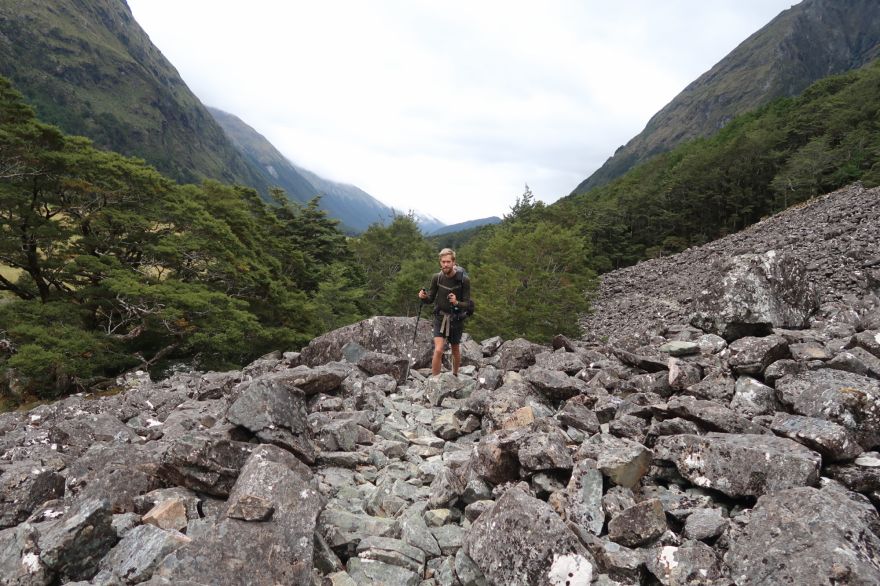 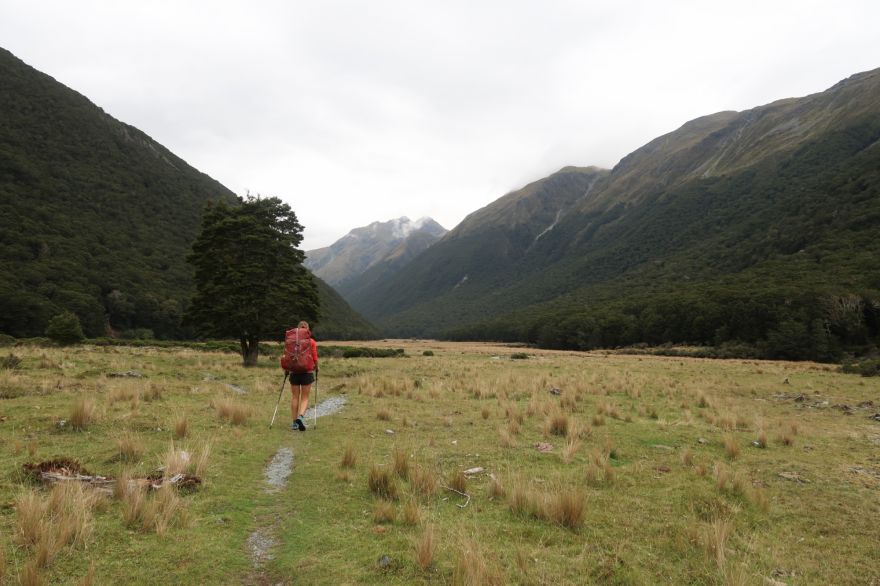 Because of Marjon her leg, we decided not to continue and take at least one day of rest. While we enjoying our day in and around the Greenstone Hut, hikers started to arrive. Everybody wanted to look at Marjon her leg. Again, nobody was able to diagnose the cause. Until a man arrived that introduced himself as a local GP with a degree in sports medicine. He carefully examined Marjon her leg and was quite worried about the look of the leg. He even just a piece of rope to measure both legs. Without proper medical equipment, he couldn’t give a clear diagnosis. However, he thought it was either a tendinitis or deep vein thrombosis, which can be life threatening. He advised to seek medical treatment as soon as possible. Because there was nothing else he could do, he left and continued his hike out.

The rest of the day, we enjoyed the beautiful weather and gave Marjon her leg as much rest as possible. We were surprised to see Ben, Ben and Natalie arriving at the hut. We chatted about the Te Araroa and shared stories about our experiences so far. It was great to meet the three of them again. Unfortunately, however, this also meant we had been overtaken on the Te Araroa by the slowest people on the Te Araroa, as Ben and Natalie like to call themselves.

In the afternoon, four men from Israel arrived at the hut and immediately asked who ‘Marjon from the Netherlands’ was. They had met a GP on their way to the hut and he asked them to forward a message: If Marjon her leg would not show any signs of improvement by tomorrow morning, we should call a helicopter. A helicopter we asked? 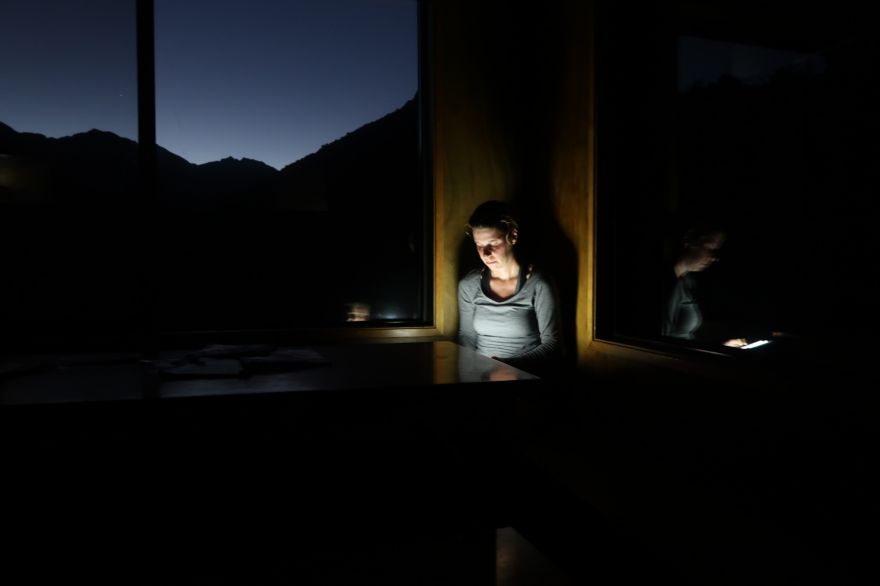 Because Marjon her leg was still painful the next morning, we didn’t want to walk 12 kilometer to the parking lot of the Greenstone Track. However, neither of us wanted to call a helicopter. Because there is not telephone reception at Greenstone Hut, this would mean we have to use our PLB. Besides the local authorities, also our family back home would receive this distress call. Knowing what this would do to them, we decided to only use the PLB in case of a real emergency, and as we have plenty of food and a roof to sleep under, the whole situation we were in didn’t feel as a real emergency, despite what the GP had told us. We therefore decided to stay another day at the hut.

Light at the end of the tunnel

Friday morning, Marjon her leg was not as red as it had been before. Marjon carefully considered the options, but finally decided she can walk the 12km to the end of the Greenstone Track. We therefore packed everything and left the hut. It felt strange to be walking into the wrong direction. And even though we walked very slowly, we still managed to cover the 12km in 3 hours. While we enjoyed our lunch, a Czech couple arrived. We asked if we could get a ride. They could bring us to Kinloch, they said. However, during the ride, they mentioned they had to go to Glenorchy anyway, so they eventually dropped us in Glenorchy. While Marjon tried to hitch, Jasper called a shuttle company and arranged for a direct shuttle from Glenorchy to Queenstown that would leave in 15 minutes from Glenorchy. We walked as fast as we could to the rendezvous point, where the shuttle was already waiting for us. Forty minutes later, we were dropped in Queenstown. 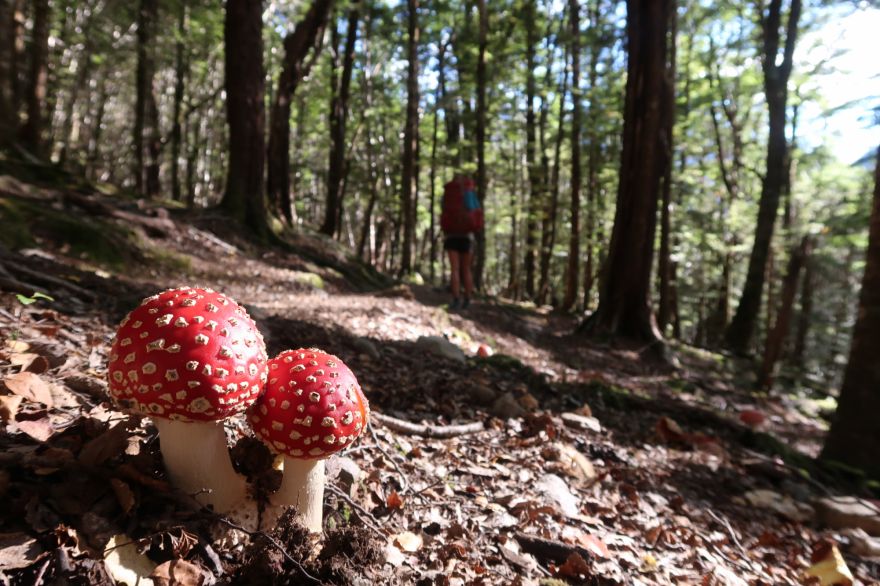 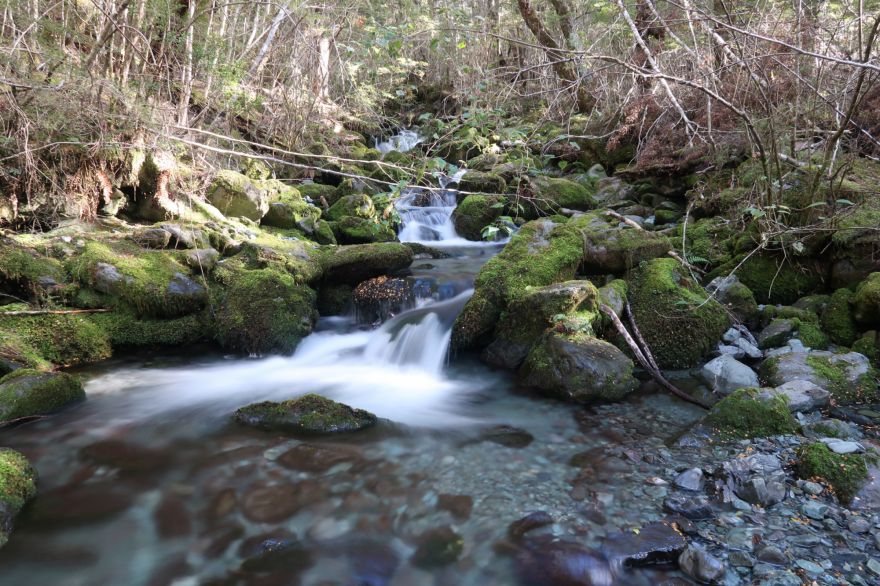 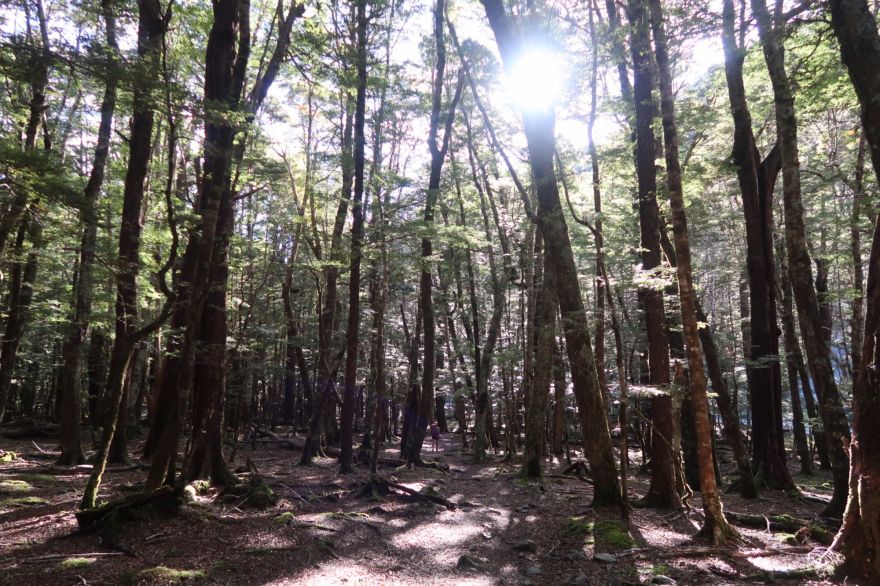 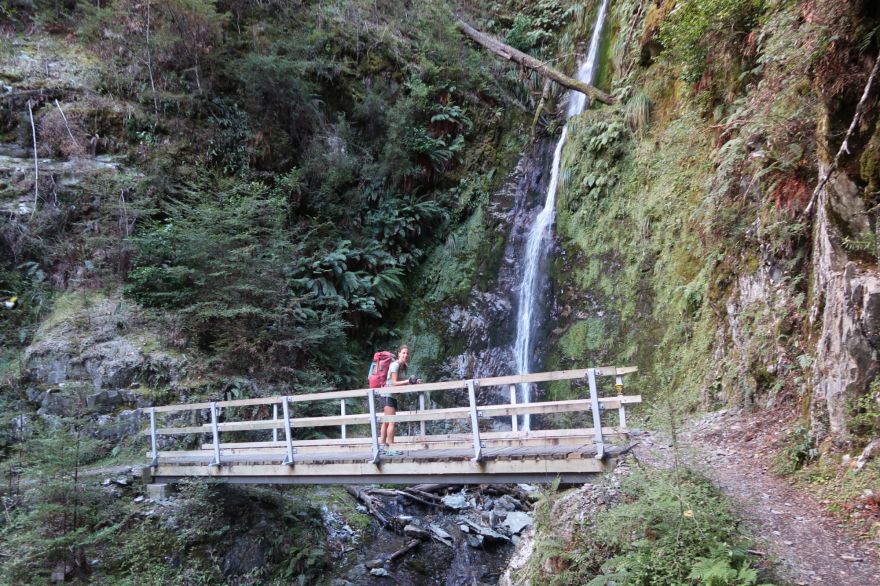 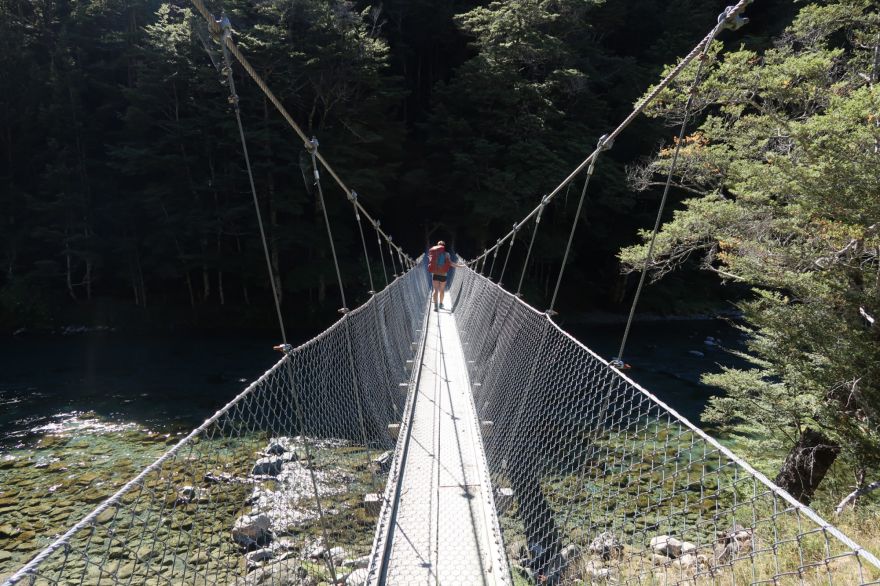 We walked straight to the medical center. While Marjon completed all the paperwork, Jasper called our insurance company. They immediately said to cover all expenses. However, the lady at the desk didn’t want to hear any of this. She just mentioned that if we wanted to see a doctor today, we should pay the fees now or it would take another day. This felt like blackmailing, but we paid and made sure to get a receipt to get the money back from our insurance company.
After half an hour, Marjon was seen by a nurse. Her blood pressure, heart rate and saturation were measured. As all these measures were fine, the nurse concluded that Marjon had to see a doctor (really?). After another half an hour, Marjon was finally seen by a GP. She examined the leg and diagnosed it as a tendinitis. She understood that we were walking the Te Araroa. She therefore prescribed enough medication to continue walking to Bluff. 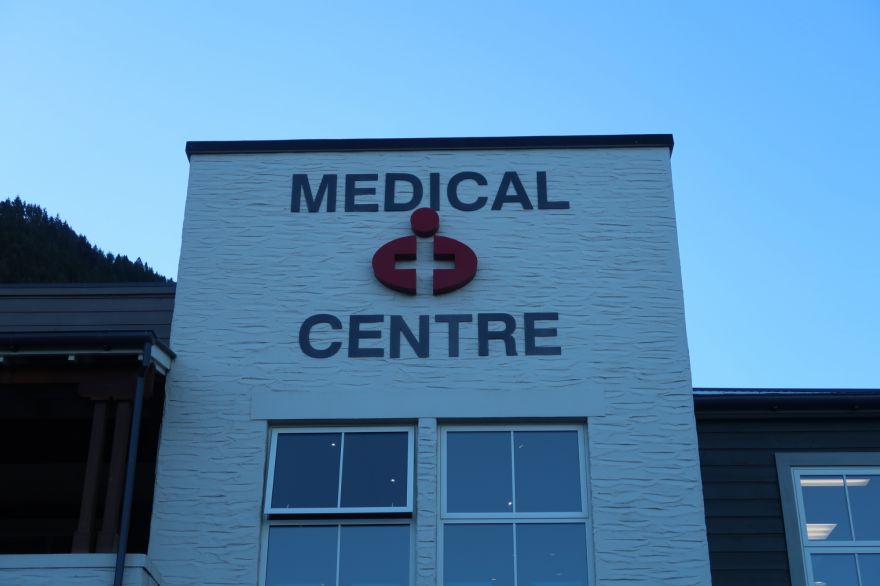 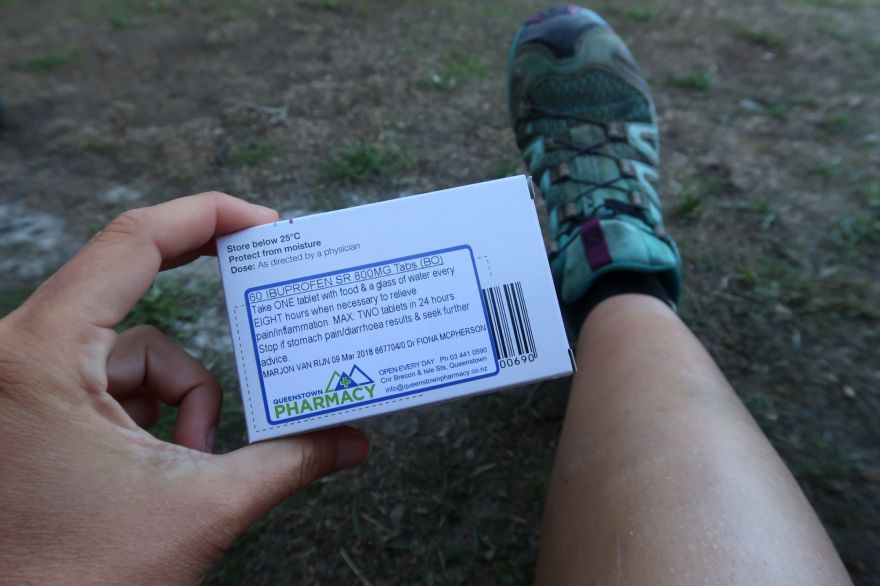