We took one rest day in Wanaka. During our rest day, Marjon bought new shoes and we enjoyed some delicious food. In the morning, we had breakfast at the Dripping Bowl (a food truck). As this smoothie bowl was a little too healthy for our hiker hunger, we ordered a fat burger at Red Star Burger for lunch. For dinner, we had pizza to complement this with another crêpe at Charlie Brown (another food truck). 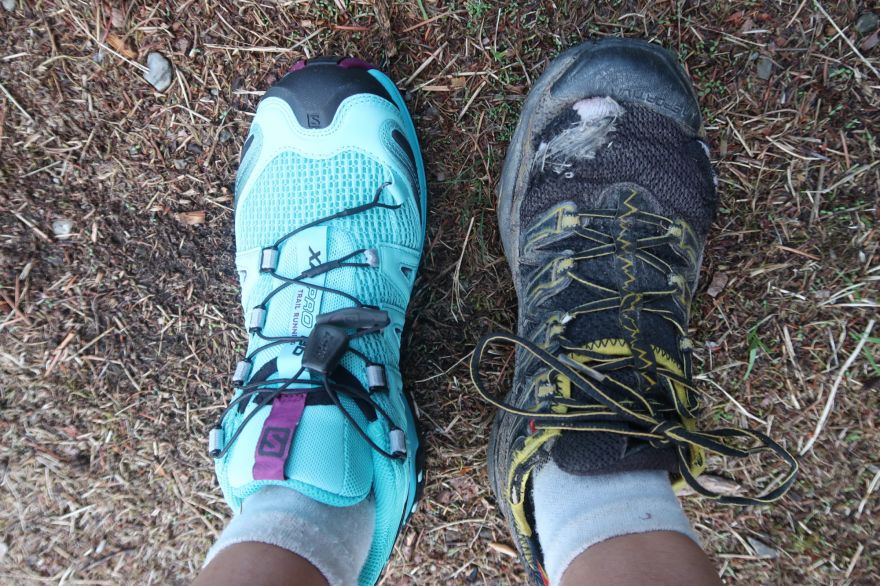 With our stomachs well filled, we continued on Monday with the Te Araroa. From Wanaka, the Te Araroa follows the southern shore of Lake Wanaka. Just outside of Wanaka, we past ‘That Wanaka Tree’, a well photographed tree that stands in the lake. The 15 kilometer long bike and walking track provided beautiful vistas of Lake Wanaka. In Glendhu Bay, we turned left and left Lake Wanaka Behind. We followed Motatapu Road for about 2,5 kilometer to the start of the Motatapo Alpine Track. We took a long lunch break in the shade of a tall tree before continuing south on the Motatapu Alpine Track. The climb to Fern Burn Hut started very easy as the track crossed farm land. After half an hour, we entered the Stack Conservation Area. The track narrowed and started to climb. We passed the tree line and arrived at the Fern Burn Hut (741 meter, whereas Wanaka is located at 248 meter). Although it was just 3pm, we decided to stay at Fern Burn Hut. 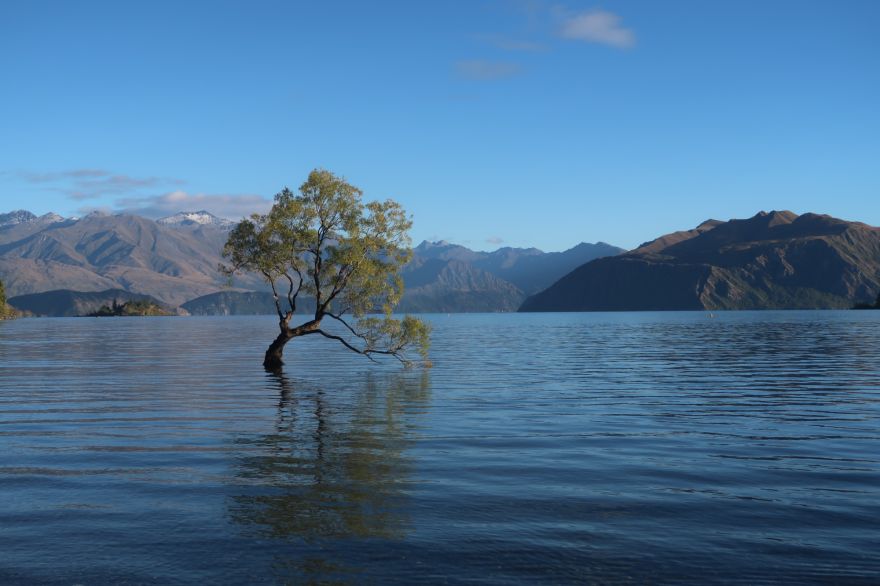 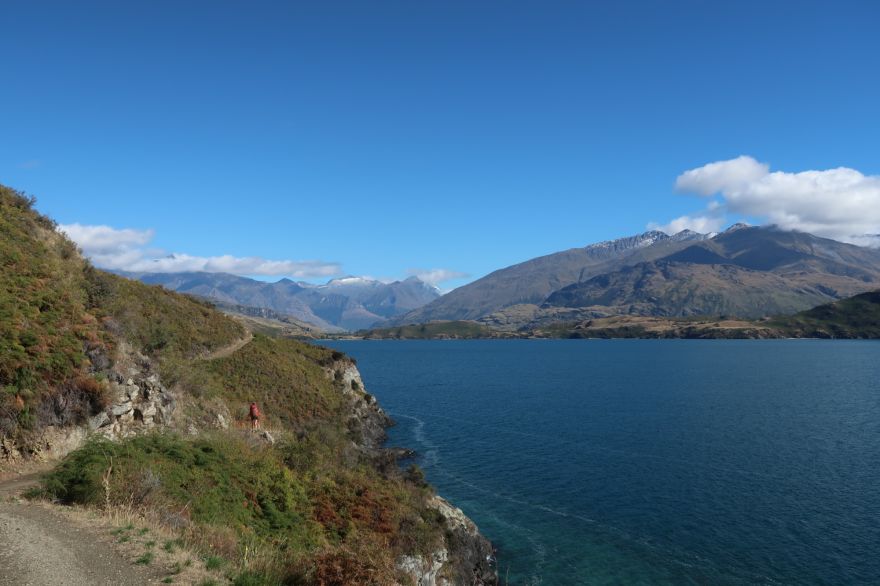 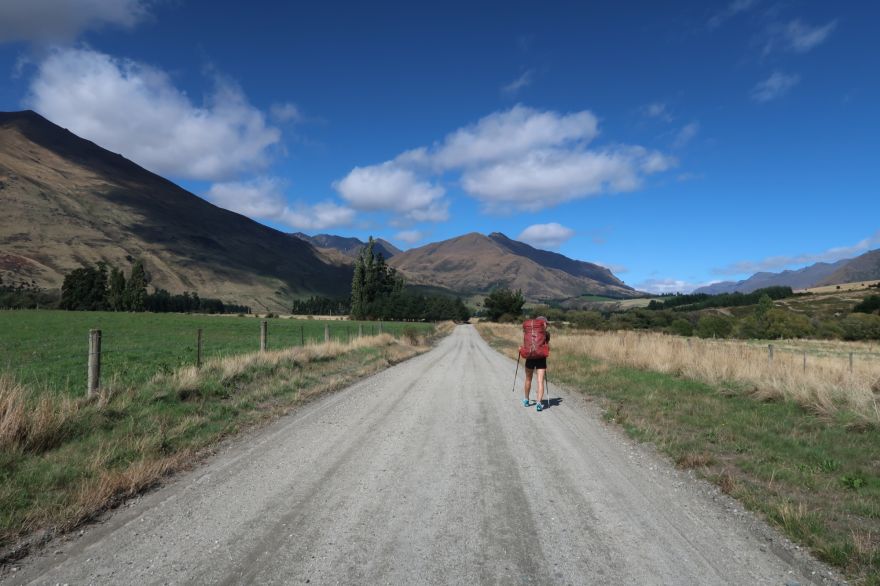 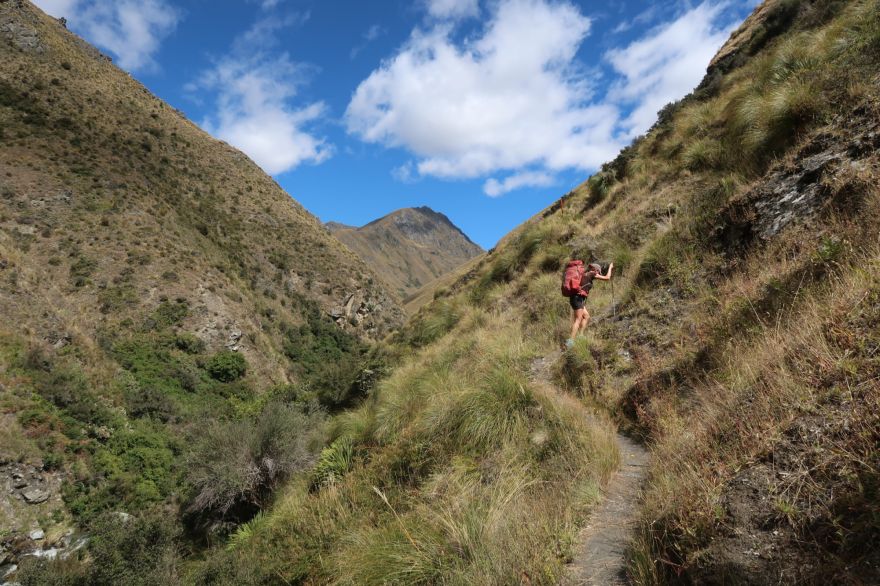 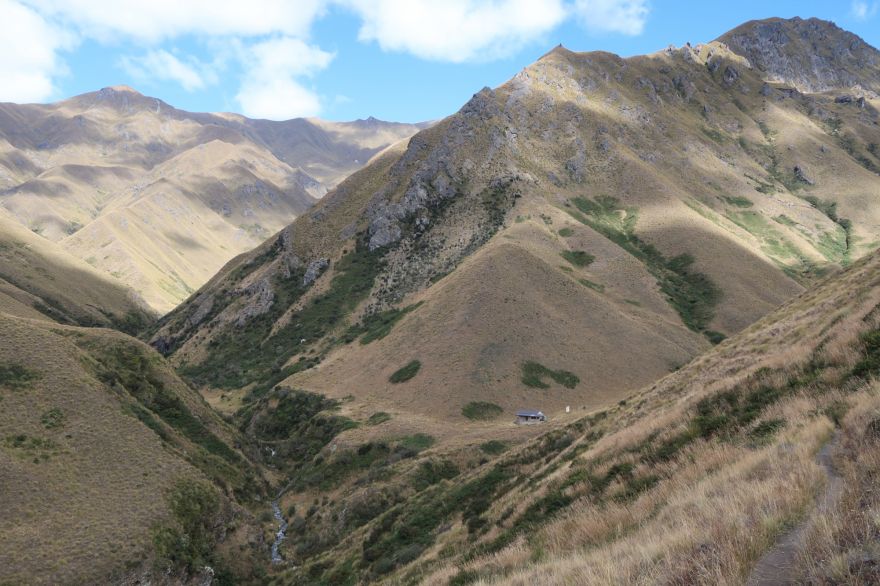 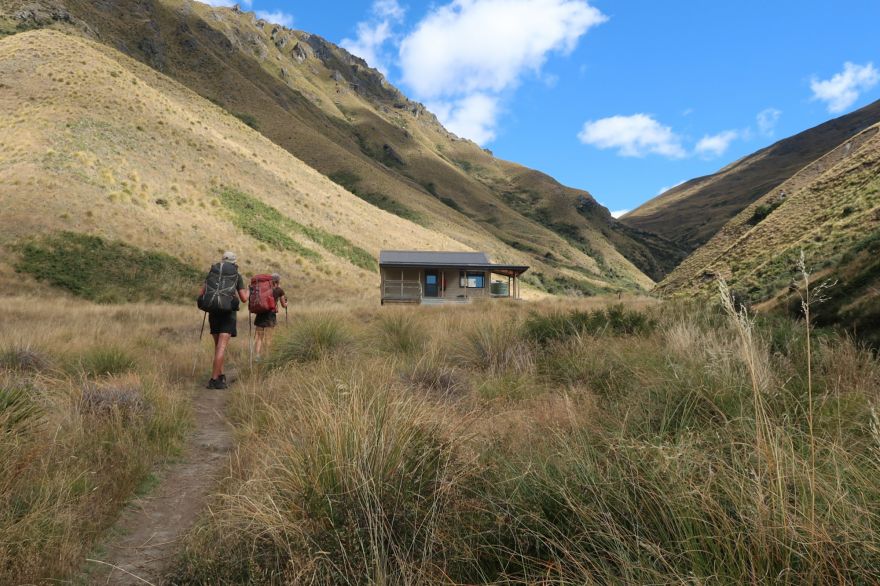 During the night, the possums had their own Olympic Games. They were running like crazy on the roof of the hut. What a noise.
According to the information in the hut, we had a long day ahead. Therefore, the alarm went off early the next morning. We left the hut in the first light of the day. From leaving the hut, the track climbed steadily to Jack Hall’s Saddle (1.275 meter). From the saddle, we descended back to 889 meter. We thought we would arrive at the next hut, but it appeared we first had to climb over another hill. We climbed back to 980 meter and descended to 848 meter. Just after three hours since we left Fern Burn Hut, we arrived at Highland Creek Hut.

We took a short break and continued around 10:30am. The rest of the day saw a similar pattern as this morning: steep ascends to around 1.200 meter and steep descends to around 800 meter. Once we were done with the final descend, our knees were shaking from all the pounding. Shortly after, we arrived at Roses Hut (724 meter). Based on the number of people that had filled in the intention book, we had good hope that we would have another quite night. However, more and more people arrived and before we realized, the hut was completely full. 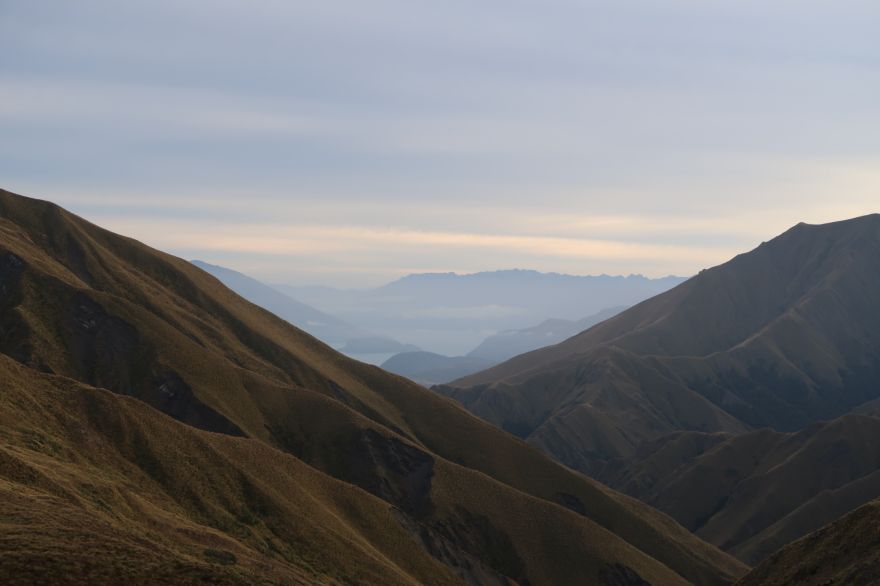 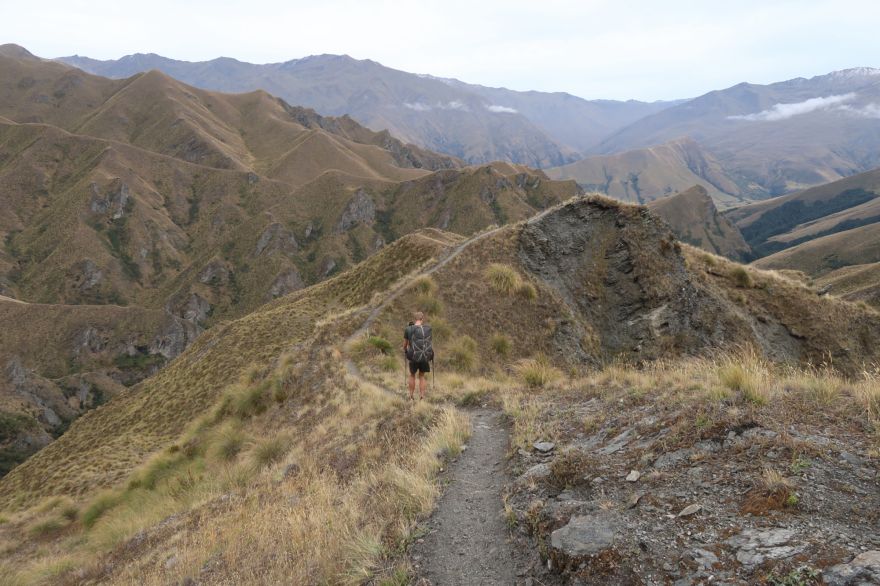 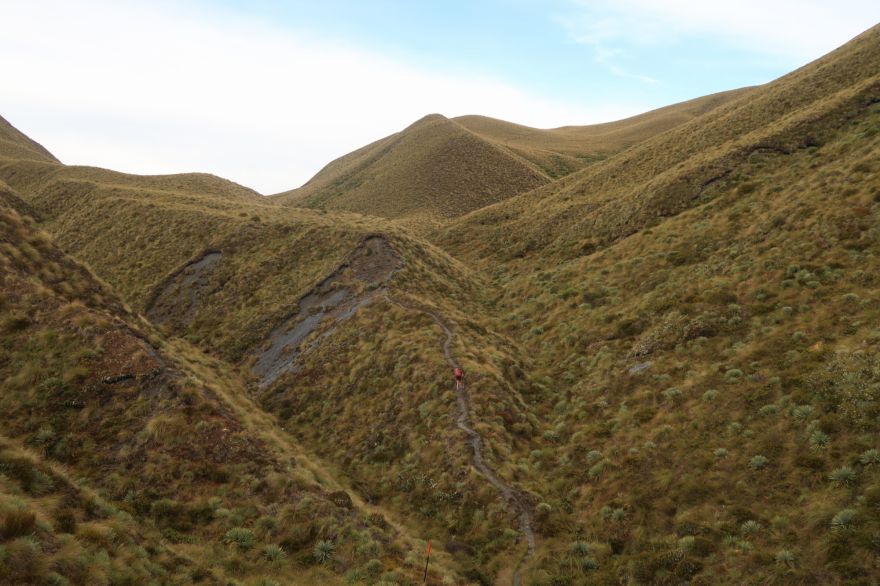 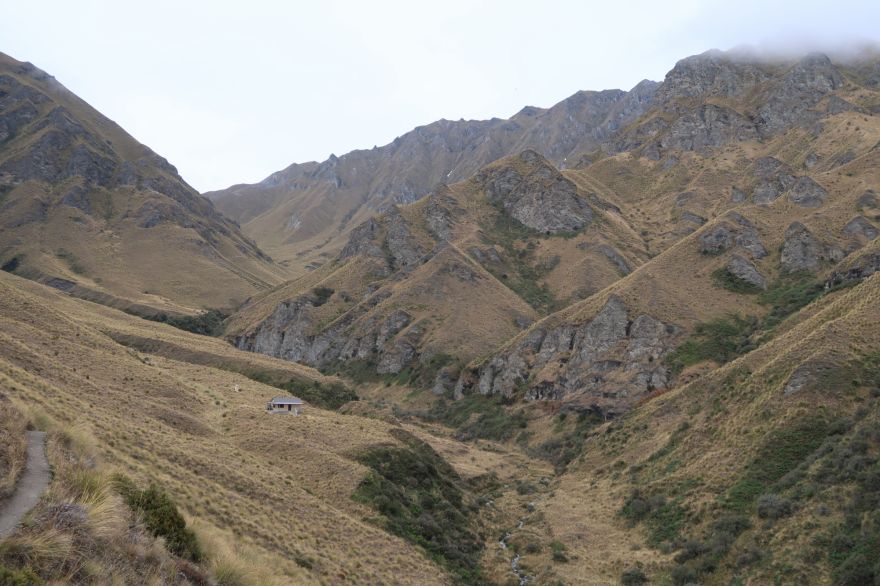 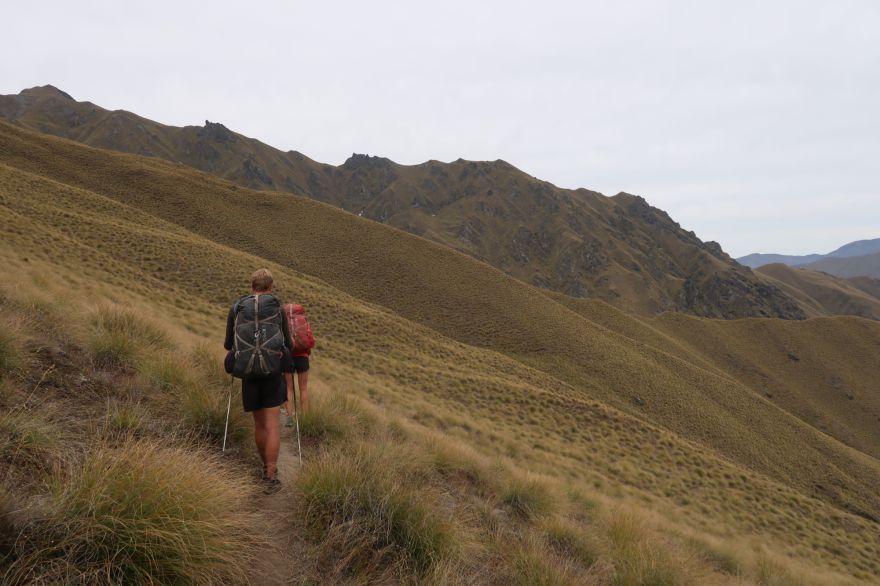 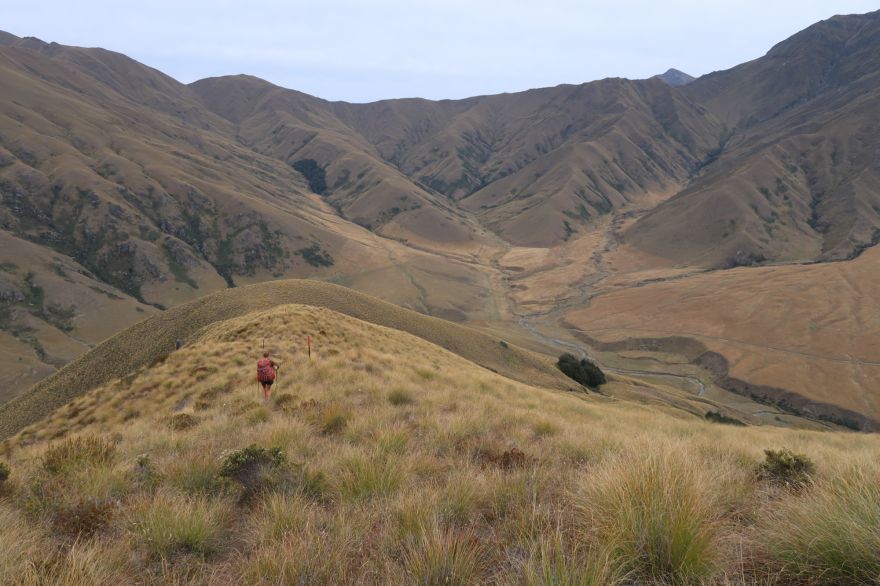 With a dead bird in the water tank and mice running around the hut at night, we didn’t get a lot of sleep during the night.
From Roses Hut, the track climbed to Roses Saddle. We followed a good but steep track to 1.270 meter. This time, the descend was not very steep. We followed the ridge line towards the Arrow River (at 746 meter). From there, we had the option to enter the Arrow River and follow the river or to follow the track along the river. Other hikers had warned that the track along the river was not in a very good shape. We therefore waded through the river. For four kilometers, we literally walked through the Arrow River. At some locations, we were able to take a short cut on land, but most of the time we just waded through the water. After a few slow going kilometers, we arrived in Macetown, an old gold mining town. Once, 200 people lived in Macetown. Nowadays, only two restored buildings remind on better times. We stopped for lunch at the former bakery. However, because of the enormous amount sandflies, we quickly fled into the bakery, where we had a little bit of protection from the sandflies. 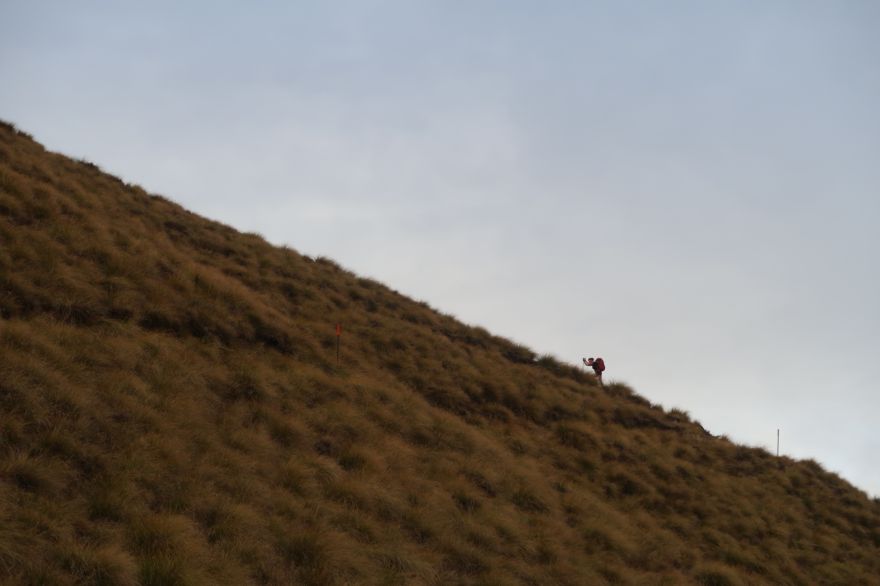 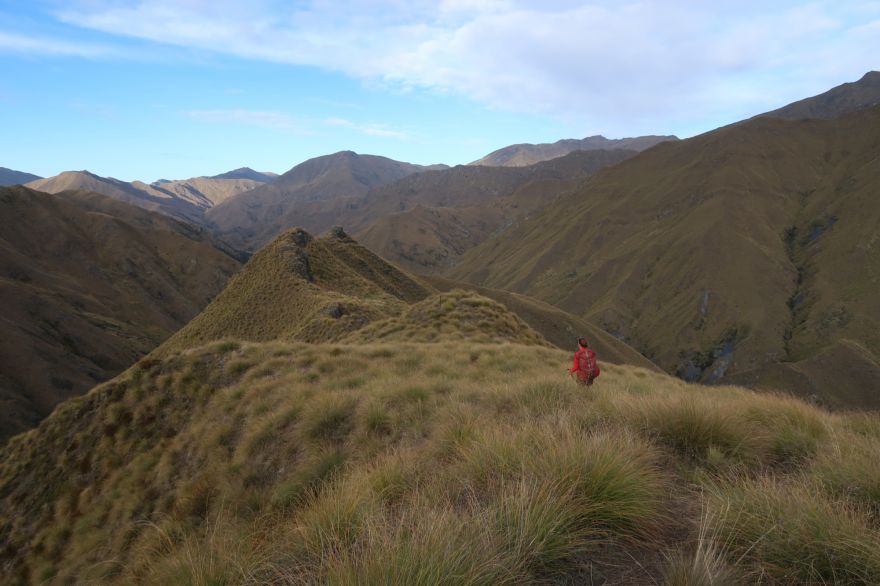 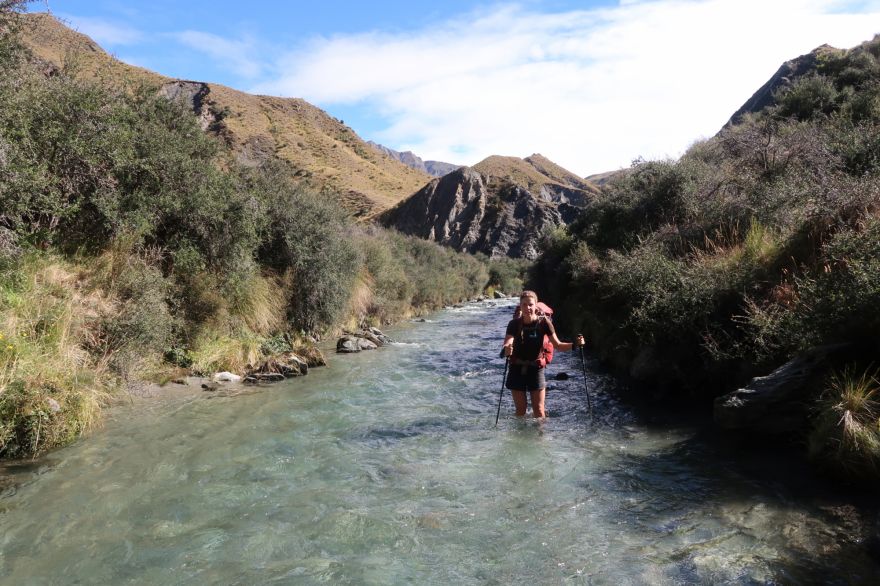 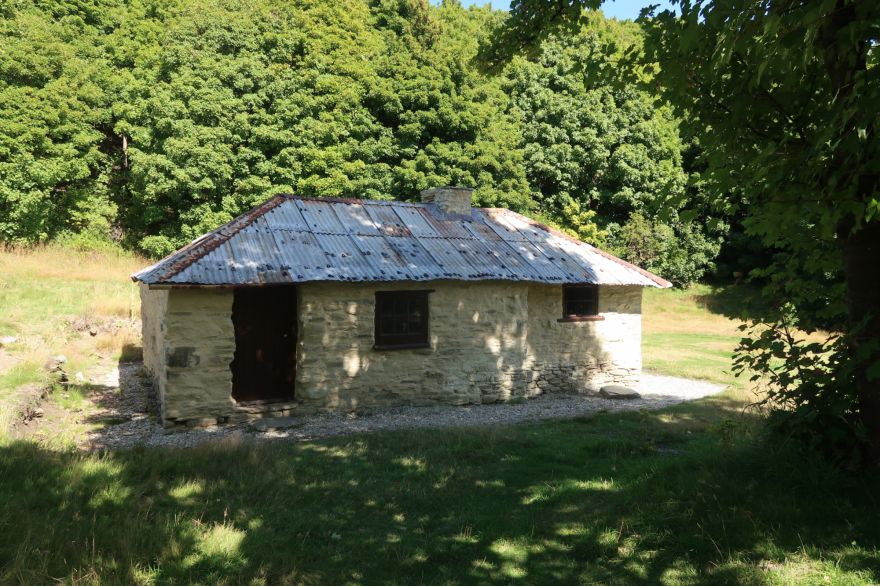 From Macetown, we continued towards Big Hill. The climb towards Big Hill was easy going. After about an hour, we arrived at the top from where we could already see Arrowtown in the distance. However, it took quite a long time before we actually arrived in Arrowtown. The descend from Big Hill was very easy and therefore took ages. When we finally arrived in Arrowtown, we walked over to the Holiday Park, where we pitched our tent. 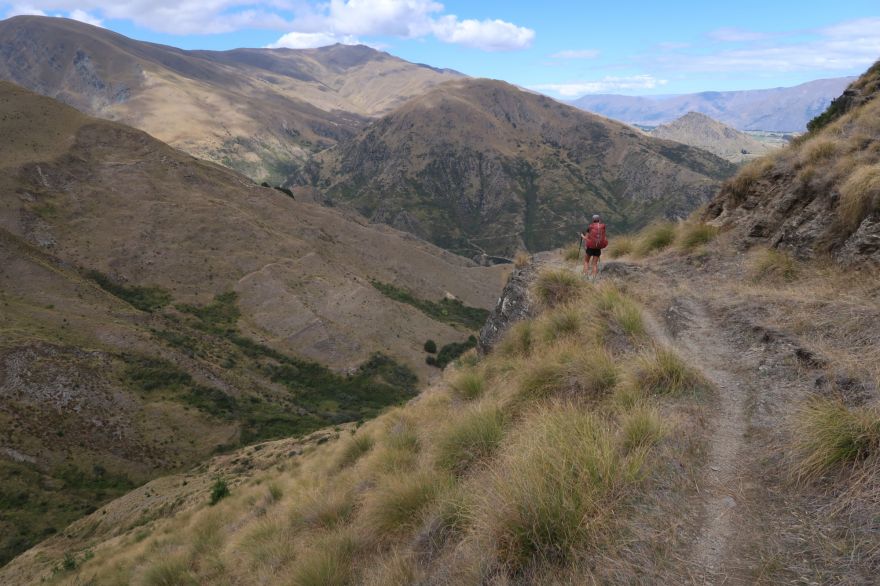 When we started the Te Araroa, we set certain milestones: first reaching Auckland, than Wellington. Now, we were almost at another milestone: Queenstown. Reaching Queenstown, we leave the high mountains behind and enter a new part of the Te Araroa trail. However, we are still in Arrowtown and have yet to walk another 30 kilometer before we are in Queenstown.
From Arrowtown, we followed the Queenstown Trail: a bike and walking trail to Queenstown. We passed a large golf course, walked along the shore of Lake Hayes (that is too polluted to swim), crossed a beautiful industrial area in Frankton and walked along the shore of Lake Wakatipu (one of the largest lakes in New Zealand). Because we continuously walked in a light drizzle, the views were not very spectacular. We just continued walking and after shewing away 30 kilometers of mostly tarmac, we finally arrived in Queenstown. There were lots of tourists walking around in Queenstown. We made our way through the busy center and walked straight over to the Holiday Park. After dinner, we went to Patagonia for an ice cream. Just this ice cream should be a reason to visit Queenstown. It was good! 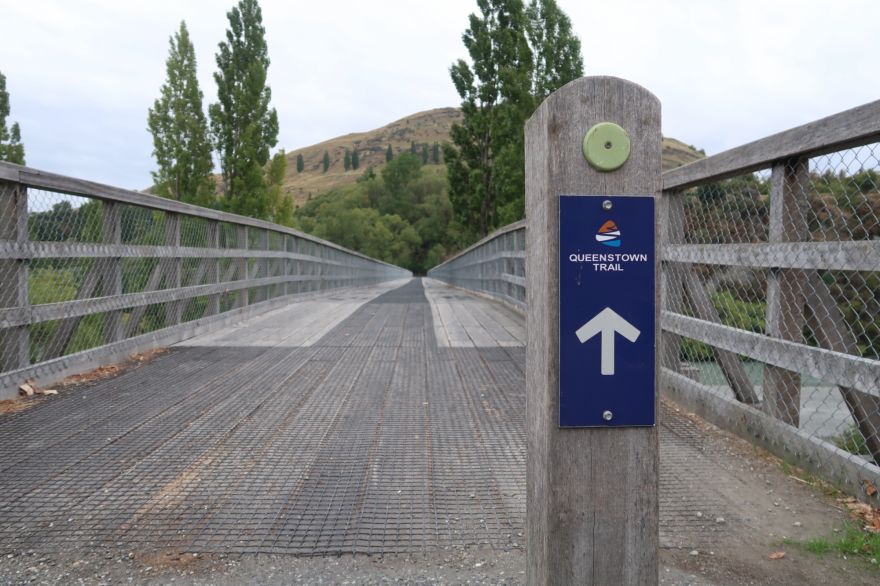 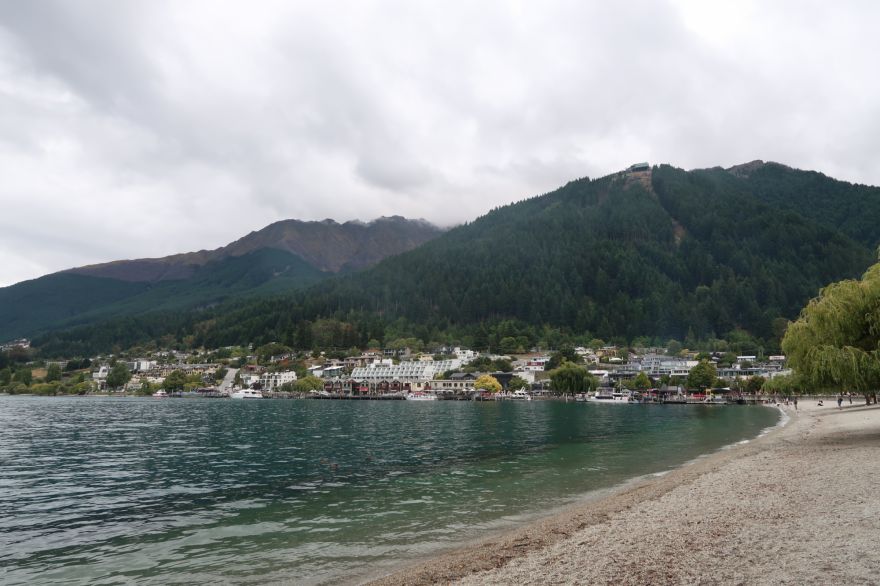