Before we were able to leave Wellington, we had to send our food parcels. We send 58 kilogram of food, packed into five boxes, to four locations at the South Island. This cost us 180 dollar (and that is excluding the costs of the food itself). When everything was send and away, we returned to the hotel, packed our bags and headed towards the ferry terminal. In all the stress and chaos of sending our food, we arrived one hour early for the free shuttle from Wellington Central Station to the ferry terminal. But maybe it was not just us, as there were heaps of other people an hour early. Maybe a miscommunication at the i-SITE? The ferry eventually also left 15 minutes early. We sea was really calm today, allowing for an easy stroll around the deck. We really enjoyed the scenery, especially the entrance of the Marlborough Sound was spectacular. 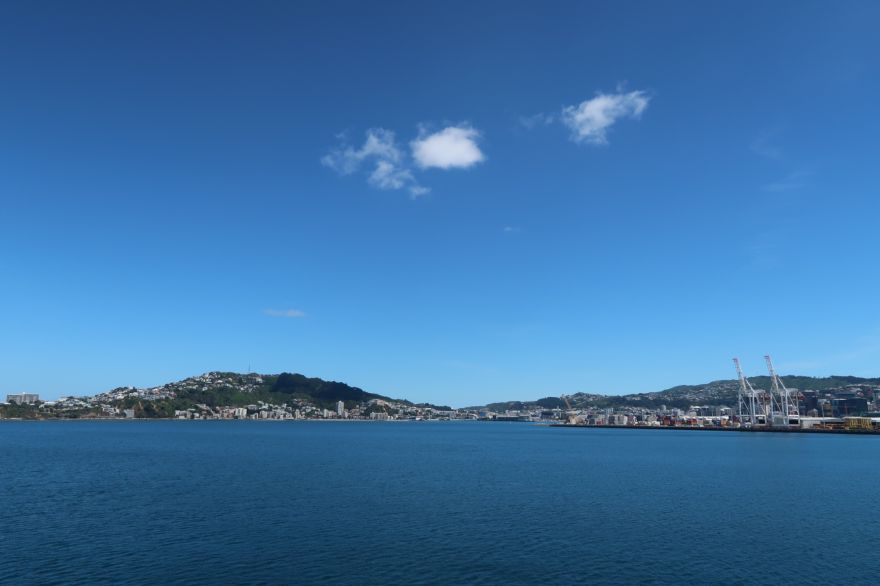 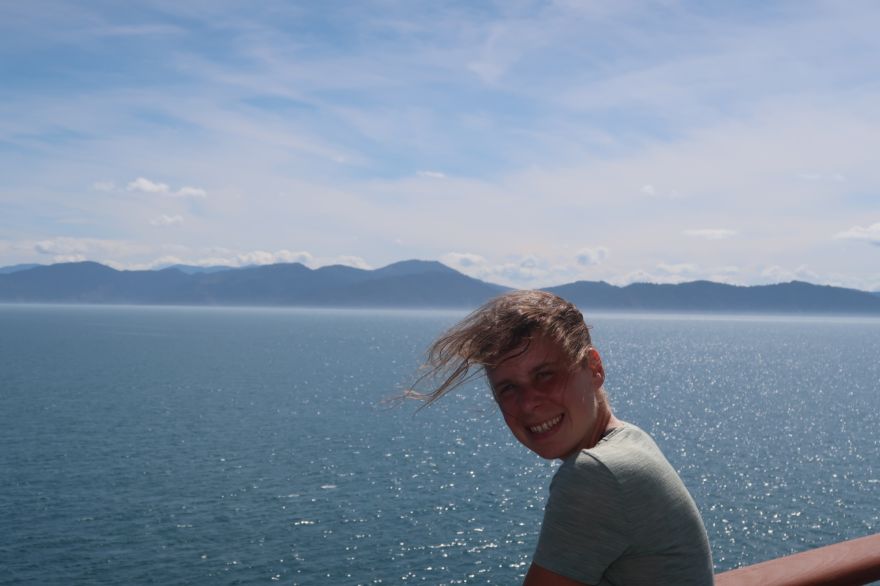 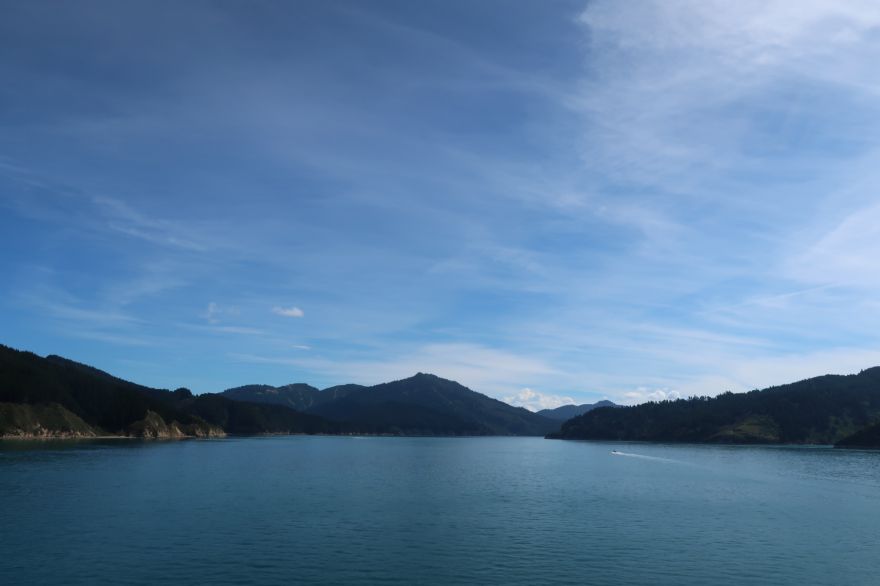 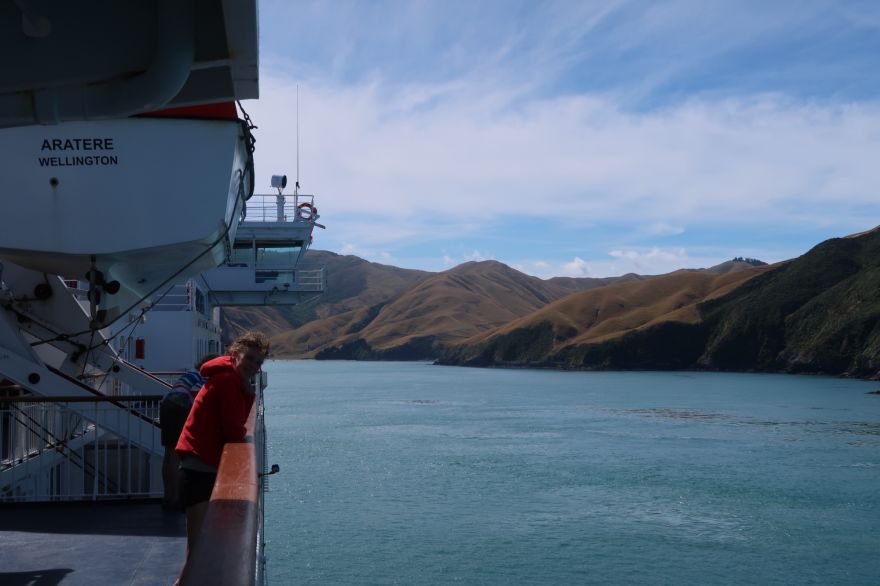 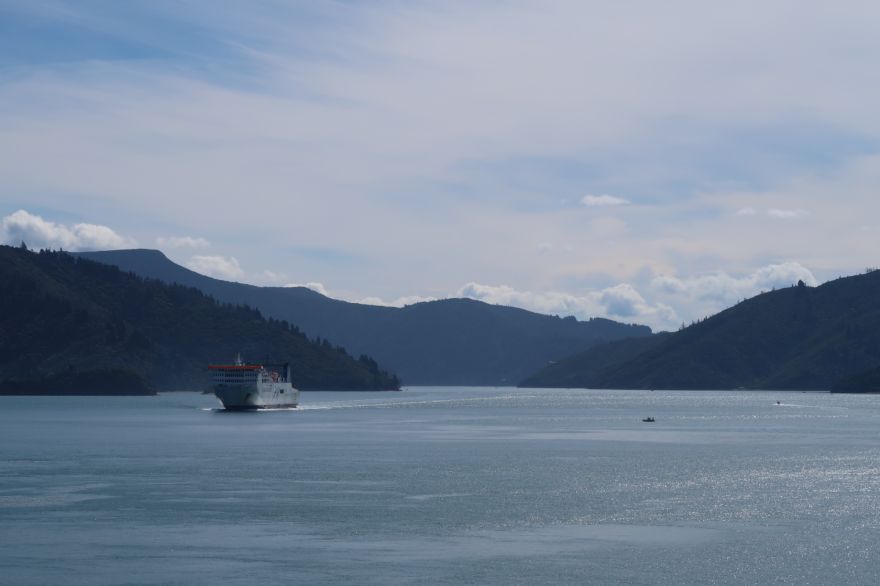 Once we arrived in Picton, we made our way to the Holiday Park. According to the lady at the reception, the campsite was full. They referred us to a campsite in Blenheim. ‘Pardon me, Blenheim is a 30 minute drive away. We don’t have a car as we are hiking the Te Araroa.’ As we could see plenty of grass, we asked if we could set up our tent on one of those grassy areas. But Blenheim was the only option… Together with other Te Araroa hikers we called every single accommodation in Picton. Whether is was a cheap hostel or an expensive hotel, they were all fully booked. We asked locals if we could camp on their construction site, but they preferred not. Together with two other Te Araroa hikers, we walked back to the center of Picton, unsure what to do next. We sat down at the waterfront, when Jasper noticed that a member of staff of Beachcomber Cruises had arrived. Jasper went over to ask if they could come up with a solution. After a short while, he offered us to sleep on one of their boats. We almost lost faith in humanity, but this guy made our day. Kiwi hospitality to the max! 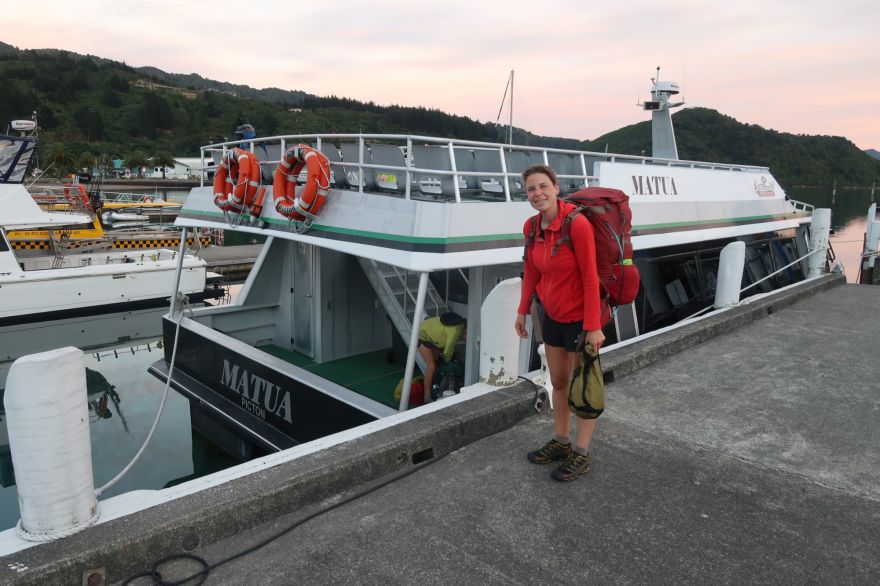 The following morning, we were awake pretty early. We were asked to leave the boat before the cleaners would arrive. Meaning, we were already up and running before 6am. We got ourselves some coffee while we waited for the 8am boat to leave. There were quite a few fellow Te Araroa hikers who were also waiting for the same boat. While sharing experiences, time flew by and before we realized, we were able to board our boat. We went gave ourselves a seat on the top deck, where we were rewarded with spectacular views of the Queen Charlotte Sound. On our way to Ship Cove, we dropped other passengers at a various locations. The captain also stopped the boat to give us an opportunity to take some photo’s of wildlife we encountered enroute. Eventually, we arrived at 9:20am at Ship Cove. We walked to the Monument of James Cook, as it was James Cook who was the first European to come ashore. 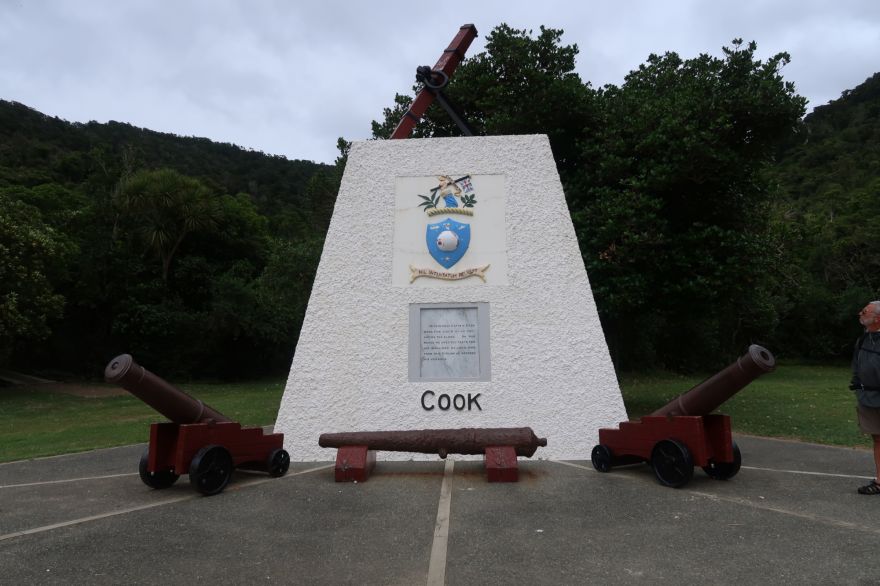 The Queen Charlotte Track started with a nice and steep climb. Under normal conditions, this would not be a very difficult climb. However, today, the humidity was extremely high, making us sweat like hell even before we started walking. We therefore deliberately took a long lunch break of almost 1,5 hour. After our lunch break, we continued south. The track descended to Endeaver Inlet. We passed several luxurious lodges. We hesitated whether we should go for a drink in one of these lodges, but were able to resist the urge for a cold drink. We continued to Miners Camp, where we were allowed to our tent in the orchard. 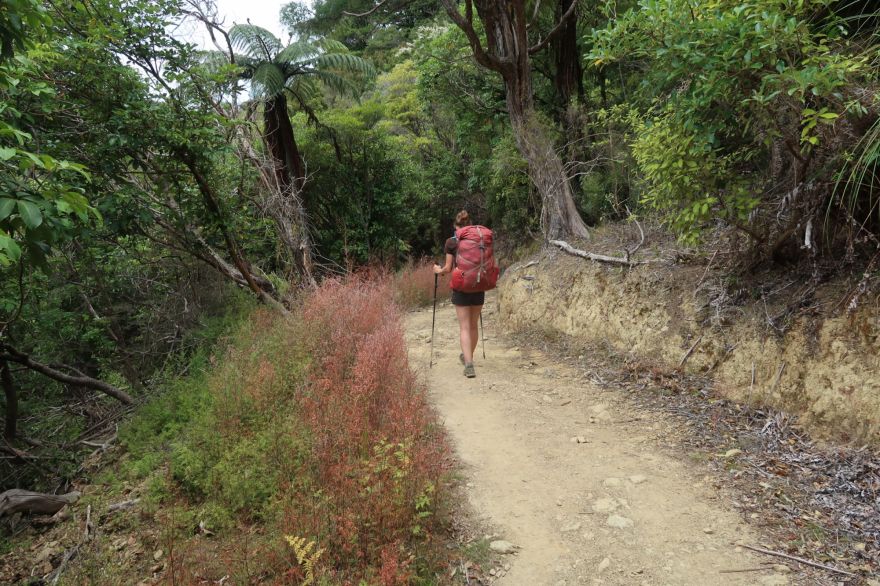 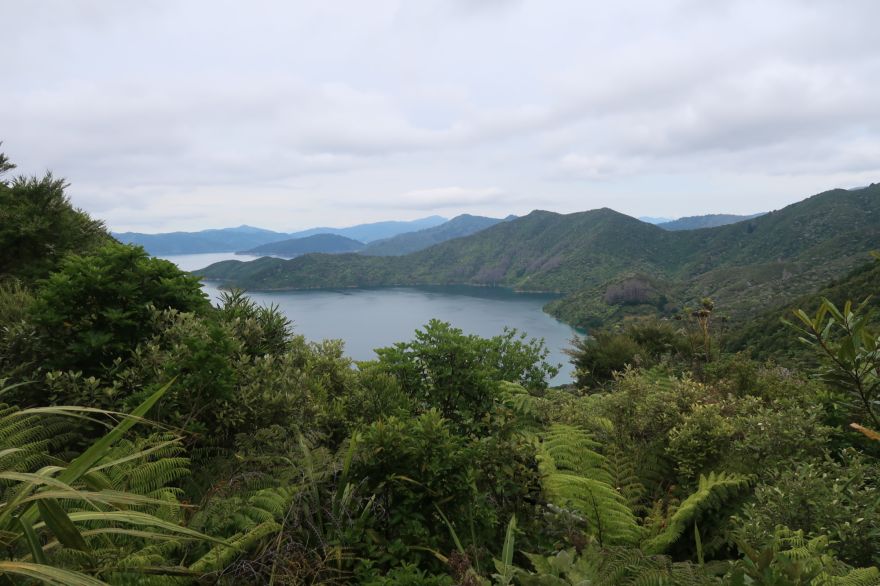 The past few days, the weather service warned for an approaching storm. During the night, this storm made landfall just west from where we were. Resulting in a lot of rain being dumped on us. For several hours, it rained more than 20mm per hour. Some of the Te Araroa hikers had severe issues with their tents not being able to cope with the amount of water. Our tent was able to cope with the huge amount of rain, but just.

It was still raining when we woke up. We snoozed a few times and checked the weather forecast via the wifi-network of the campsite. The prediction showed some lightrain later in the morning. We decided to wait for that. At around 8am, the rain eased out a bit and we started packing. When we left, it stopped raining and it turned into a rather pleasant day. However, small streams had turned into massive rivers. They were all bridged, but still. We passed a sign, pointing to a viewpoint. We climbed to the viewpoint, to find ourselves literally in the clouds with no visibility. Shortly after returning on the trail, and minutes before arriving at the Bay of many coves campsite, it started raining again. Although we planned to continue hiking, we enjoyed the little shelter of the campsite and enjoyed to call it a day. 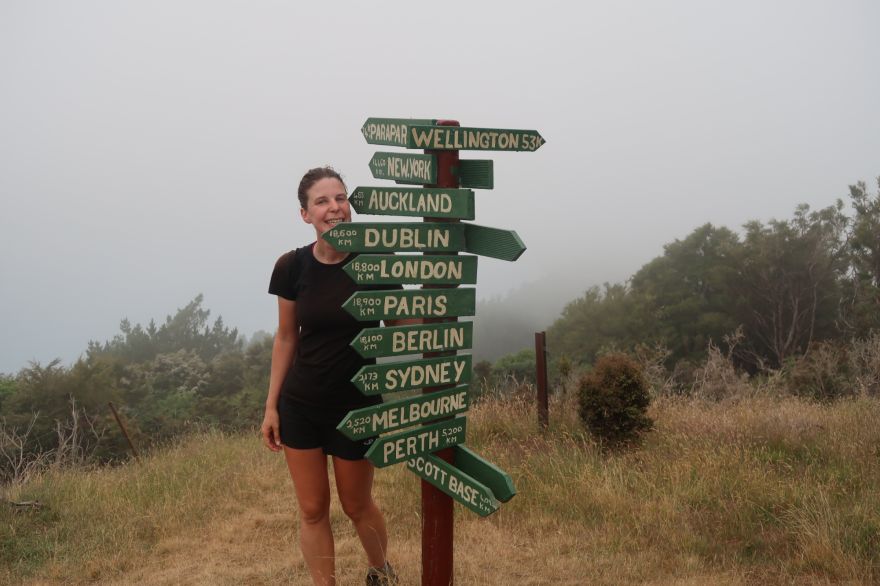 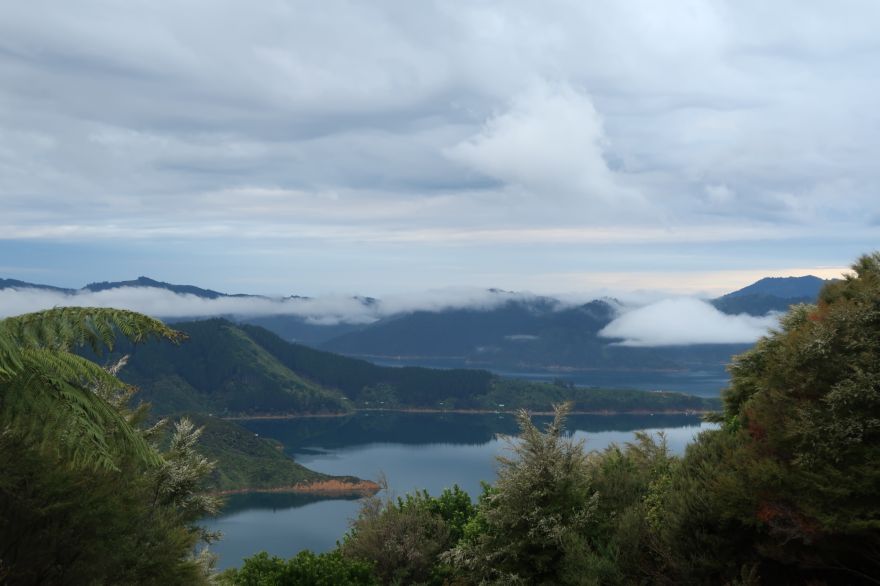 A pleasant day on the Queen Charlotte Track

On Saturday, we woke up with a clear blue sky. Other Te Araroa hiker choose to dry their gear before leaving the campsite. We didn’t really bother, and just left while our tent was still wet. We followed the Queen Charlotte Track along several bays and climbed to a ridge line at 400 meter high. We had stunning views: on the left we saw the Queen Charlotte Sound and on the right the Kenepure Sound. Just before we reached Davies Bay Campsite, it started to rain again and continued to rain for the remainder to the day. When we went to the toilet at Davies Bay Campsite, we found out that the pile of poo was higher than the toilet itself. This had us thinking for a while, but it was hard to imagine how someone would enter the toilet and think: I can do better… Strange, really strange. 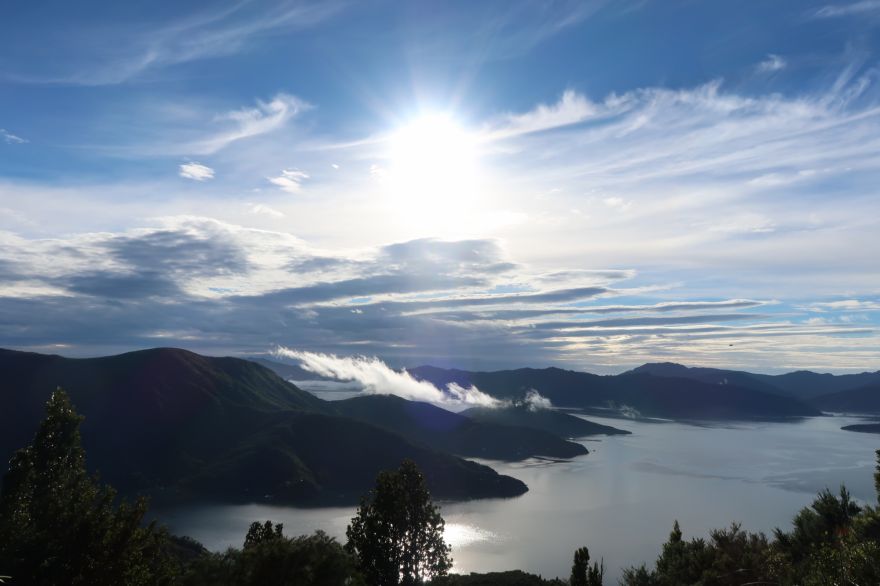 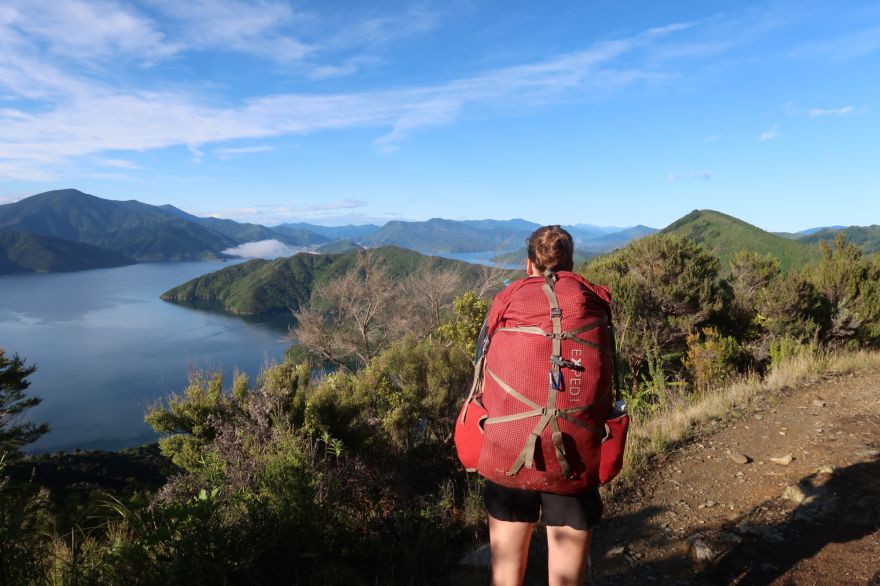 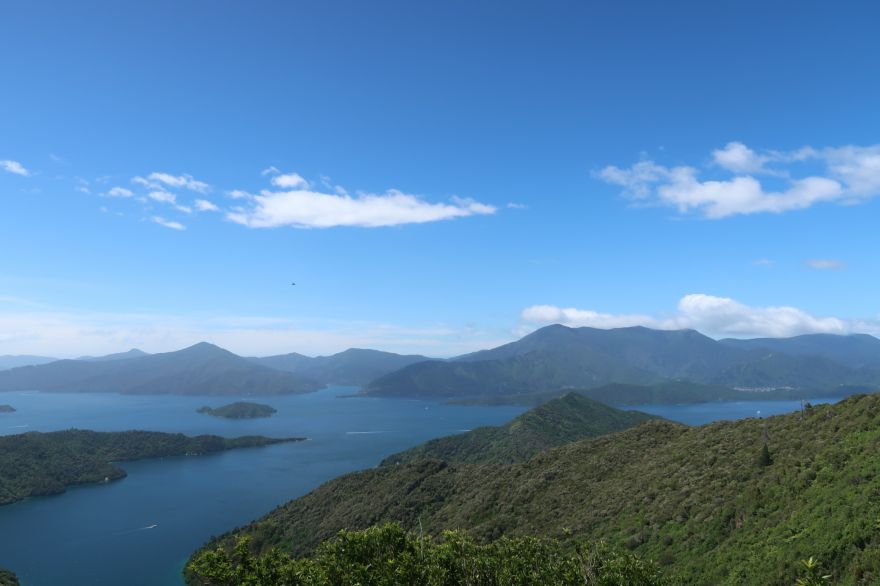 From Davies Bay, we followed the Queen Charlotte Track for another 3 kilometer. From Anakiwa we followed the road to Havelock. At some locations, we were able to walk a gravel track parallel to the road. Not a very interesting 12 kilometer. Luckily, the Link Pathway turned away from the road and climbed Cullen Ridge. From the 200 meter high lookout, we had a great view over the sound in front of us. We continued to Havelock and pitched our tent at the holiday park. We collected our first food parcel (yeah, it arrived!). Although we could easily continue, we decided to take a rest day as we knew the next section would take at least 11 days. 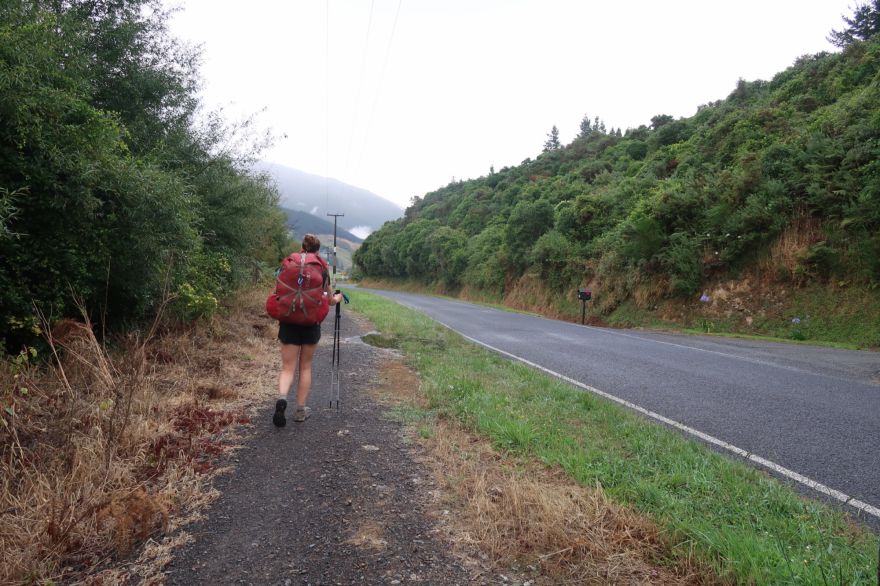 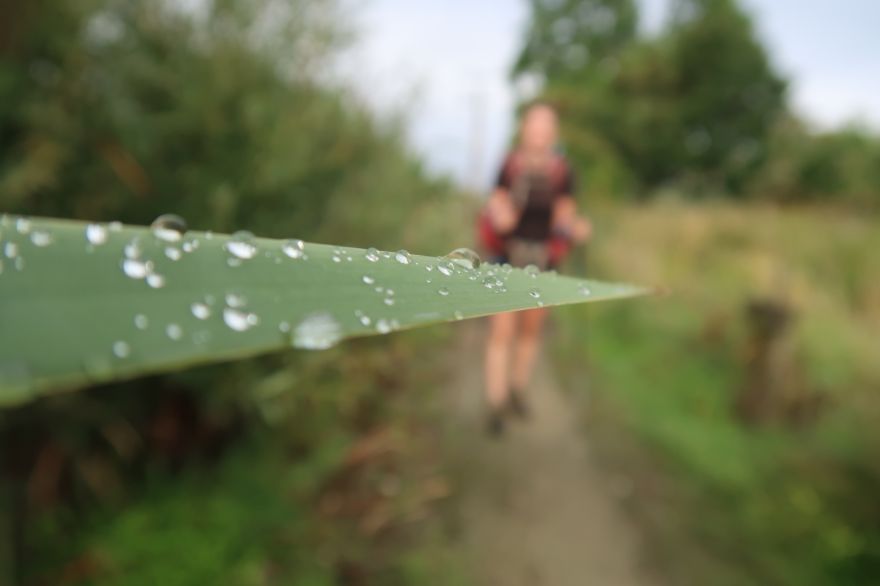 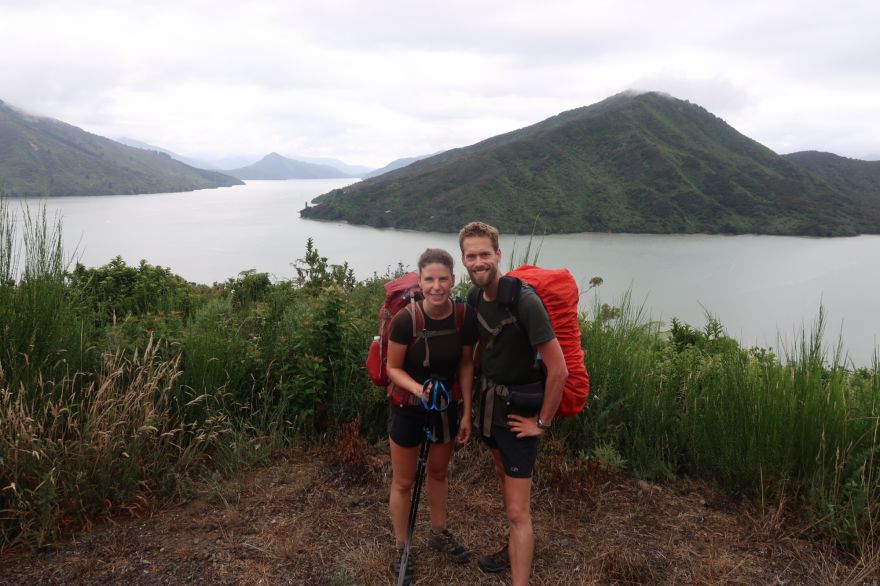