Sunday afternoon, the Taumarunui Canoe Hike would pick us up at 4pm. However, at 4pm, there was nobody to pick us up. Finally, at 5pm, a van arrived that brought us to their location, where we received a very warm welcome. We were asked to fill-in all the paper work and were shown where we could set-up our tent. After diner, we started packing most of our gear in barrels.

The next morning, we were invited to join an extensive safety briefing. They showed a video that showed all of the major rapids we would come across and they talked about what to do and particularly what not to do on the water. If we hadn’t have doubts about our canoe adventure already, this was the time we started to hesitate about our skills.

When the briefing was finished, we drove down to our tent to pick-up our barrels and made our way to our canoe. Everything we brought on board, was tightened with ropes. In case we do flip, we wouldn’t lose anything. Before we were send out on the water, they first requested us to make a few turns to see if we can handle the canoe. We quicly received all clear and we paddled away. Within minutes, we entered the first set of rapids. We were paddling down the river together with Ben (UK) and Chris (Swiss), and Austin (US) and Mark (UK). In the fifth rapid Austin and Mark hit a massive wave, turning their canoe upside down. Together with Ben and Chris, we paddled gently downstream. Out of nowhere, Ben and Chris also took a swim when they hit a tree below the water surface.

After paddling 21,5 kilometer, we arrived at our first campsite along the Whanganui River around 2pm. Although early, all campsites have been pre-booked, so we had to stay at this campsite. 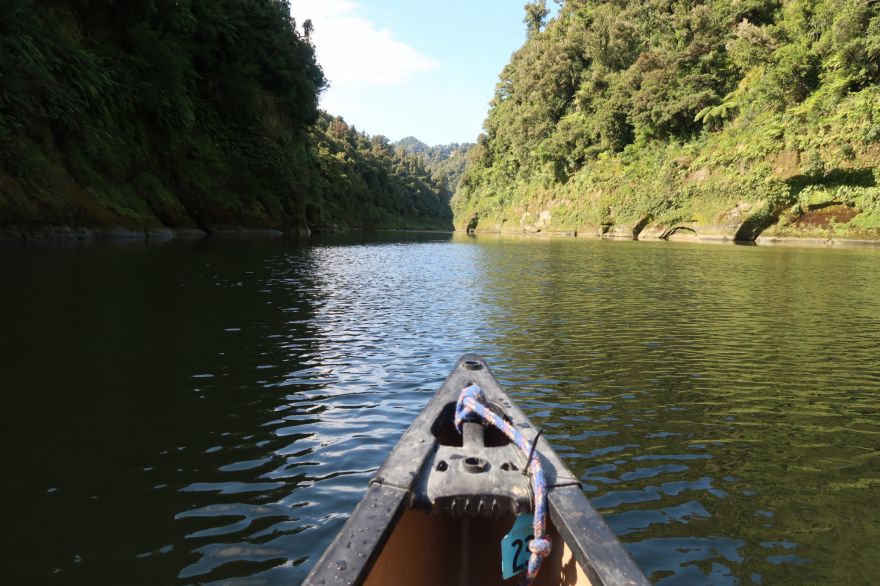 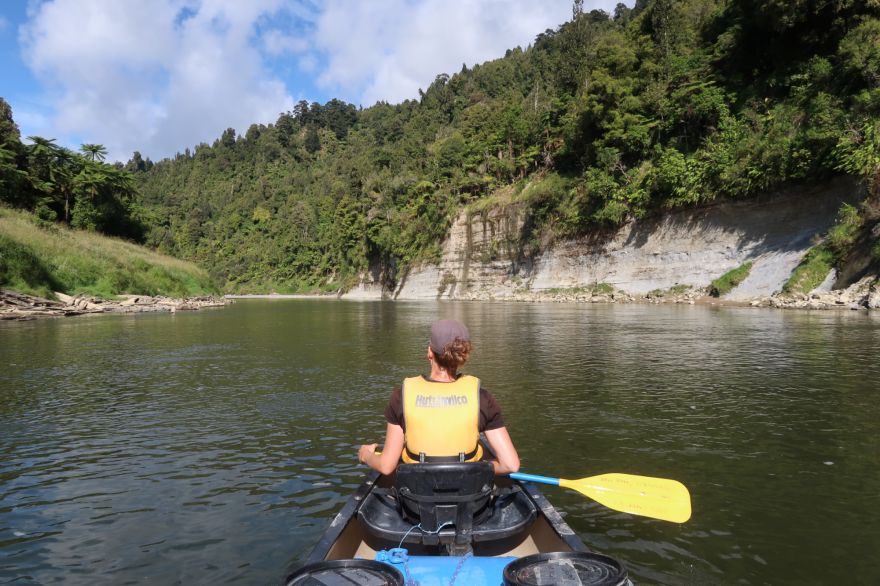 Day 2 on the Whanganui River

In the morning, we packed everything into our barrels again and left the campsite at 8:30am. After 30 seconds, we already had to negotiate our first set of rapids. This turned out to be a great way to wake up. We entered the rapid not at the most ideal point, and got a lot of water in our canoe. In total, we went down 59 rapids today. None of us had major problems going through the rapids. After paddling down the river for 36,5 kilometer, we arrived at Wakahore around 3:30pm. We left our canoes and climbed to the campsite situated high above the river. We were reunited with a number of Te Araroa hikers, including Yvonne, Nadja and Boris. They all arrived by foot and will start they river journey from Wakahore. 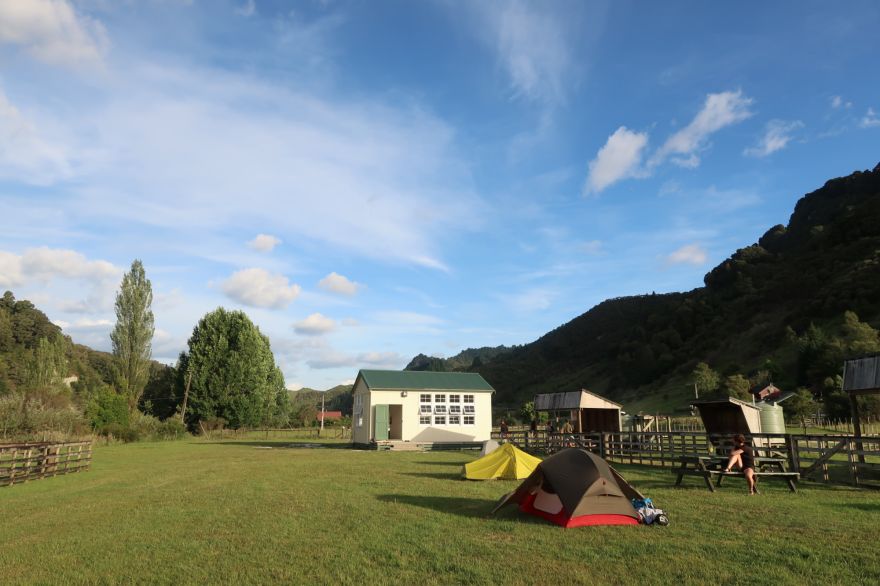 Day 3 on the Whanganui River

The next morning, we left at 8:30am. All of the other Te Araroa hikers would not get into their canoes before 9:30am and we didn’t really want to wait for that. The river was not much different from yesterday: every now and then, we had to negotiate a rapid. But these proved nothing serious. Only Ben and Chris got stuck on a tree once, but managed to keep their canoe upright.
While paddling down the river, we saw nobody. However, as soon as we arrived at the campsite, it turned out we were not the only persons on the river. All of the other Te Araroa hikers arrived shortly after us, turning the campsite into a busy spot for the night. 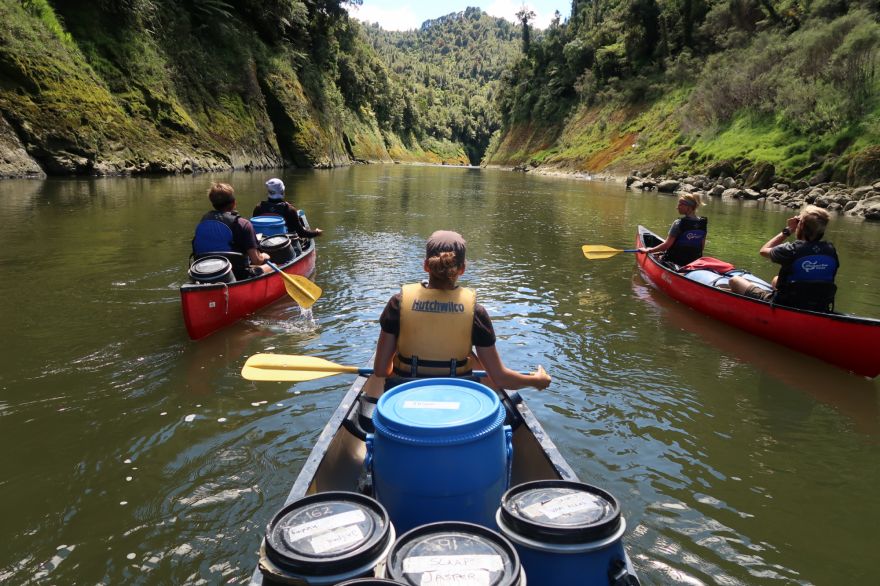 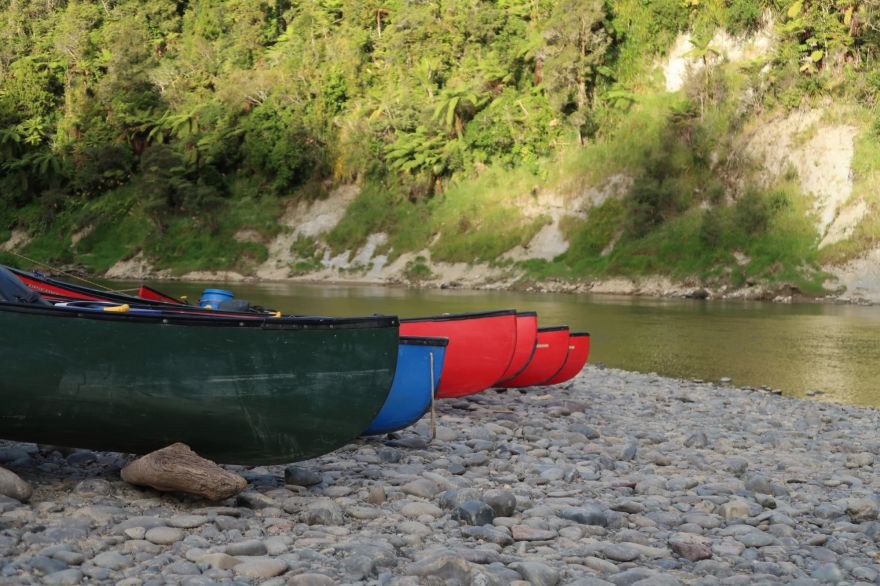 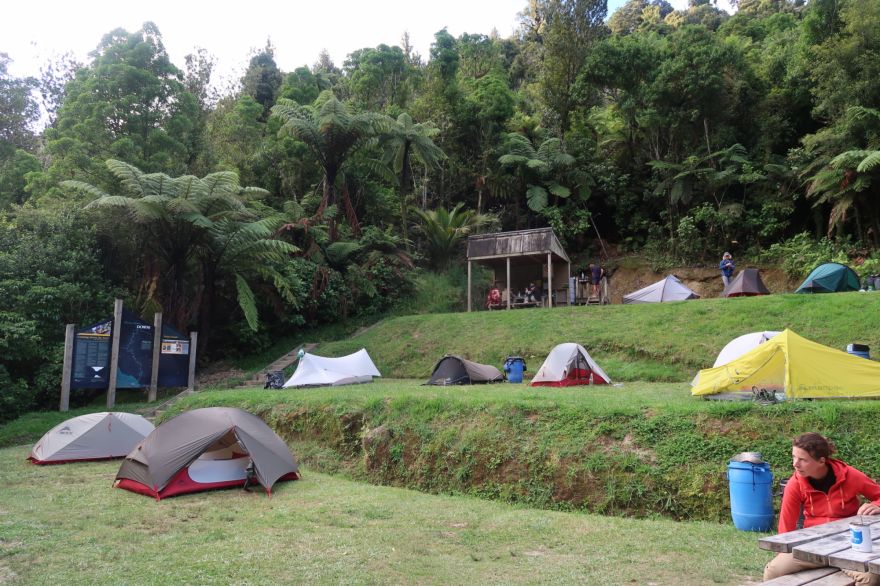 Day 4 on the Whanganui River

It rained in the night. During the safety briefing, we were told that the river cold rise quickly. Therefore, we were a little worried about our canoes: would they still be tied to the shore or have they been washed away (what occasionally does happen). However, when we arrived at our canoes, we couldn’t see any difference in the water level compared to when we arrived. We left at 8:30am. This time we were joined by all the other Te Araroa hikers. Around lunch time, we arrived at the Mangapurua Landing, the official start of the Whanganui River section of the Te Araroa. We followed a walking trail to the Bridge of Nowhere. After a suspension bridge had collapsed, it was agreed a more sturdy bridge had to be built on this location. However, shortly after this concrete bridge was constructed, the trail were no longer used. Resulting in a bridge to nowhere. It was a rather strange sight to see such a massive bridge in the middle of a forest without any roads leading to it.
When we got back into our canoes, we continued our way down the river. A sturdy head wind caused we had to paddle hard for one and a half hour. Every time we stopped paddling, the wind would eliminate the effect of the current. Meaning we had to keep paddling. We were rather tired once we arrived at the Bridge to Nowhere campsite. 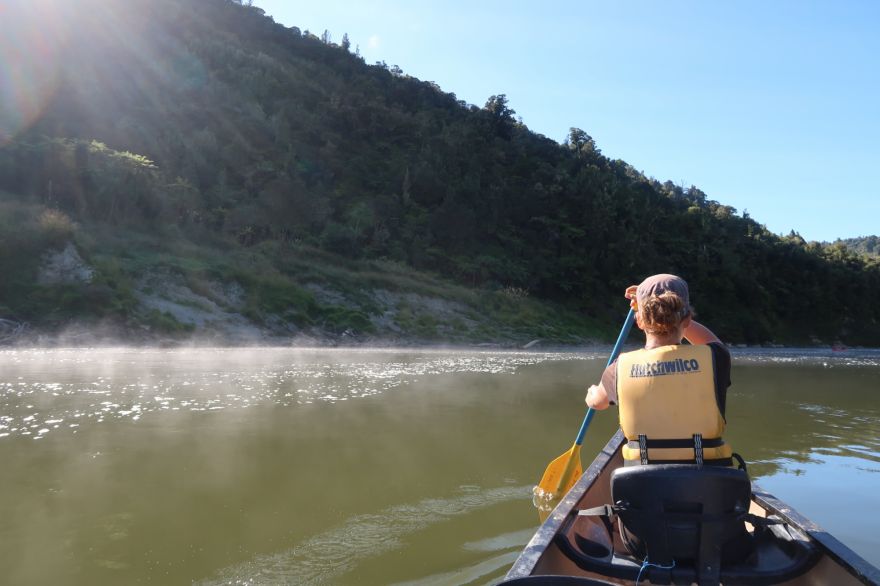 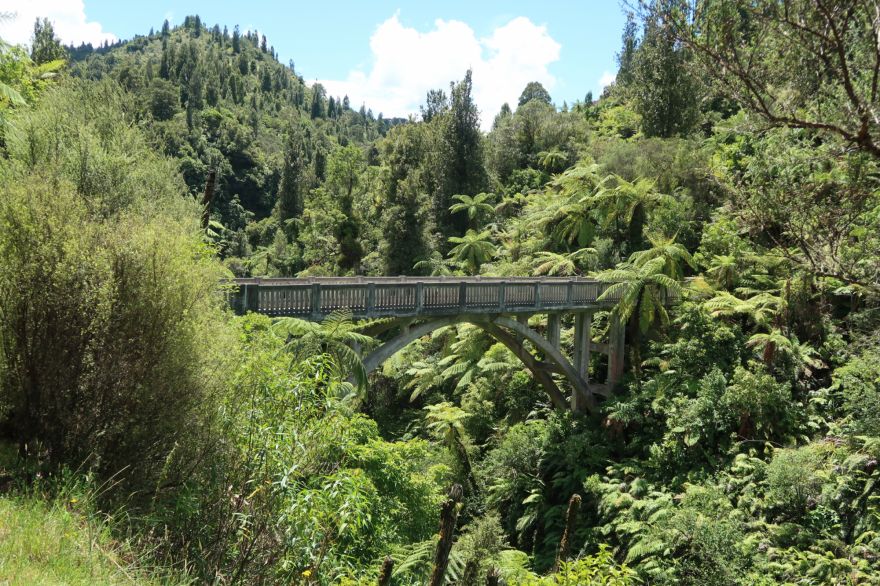 Day 5 on the Whanganui River

Friday, we planned to paddle to Pipiriki. For most of the people, Pipiriki would be their final destination. For us, it would be just one of many stops on our way to Whanganui. The first two hours, we continued paddling through a narrow valley with steep green mountains on both sides of the river. After two hours, we arrived at the first of two major rapids everyone has been warning us for. The first is called 50/50, as half of the canoes passing the rapids end upside down. When we made one last turn, we could clearly see bigger wave then we have seen in any of the rapids we saw before. Our canoe was lifted on top of the first wave and nose-dived down into the second wave. The canoe acted like a submarine, and we got a lot of water in our canoe. We survived the rapid, but the water inside our canoe caused we had now to deal with a very unstable canoe. We quickly tried to get most of the water out before continuing our way down the river. Half an our later, we arrived at the second massive rapid. We were able to steer just right of a series of massive waves. We landed our canoe at a beach on the right of the rapid and watched how others managed the rapid. About half of the canoes that passed ended up upside down. Some of the Te Araroa hikers decided to push it and go through the rapid yet again and again. One if pretended he was SUPping.

Just before we arrived in Pipiriki, we had to negotiate one more rapid. As the water made a sharp turn, this rapid was tricky. Again, we ended up with a canoe full of water, but managed to stay upright. We were greeted by staff from Taumarunui Canoe Hire that came to pick-up the canoes of those people stopping in Pipiriki. We said goodbye to all those stopping here and got back into our canoes. Together with Ben and Chris, we paddled downstream. We called it a day when we arrived in Jerusalem. A small settlement with a convent. We wandered around the convent, which turned out to be a bit spooky. A large empty house, with a bed set-up in a hospital-like setting. We found an elderly couple who turned out to be the wardens of the convent. They allowed us to stay for the night. 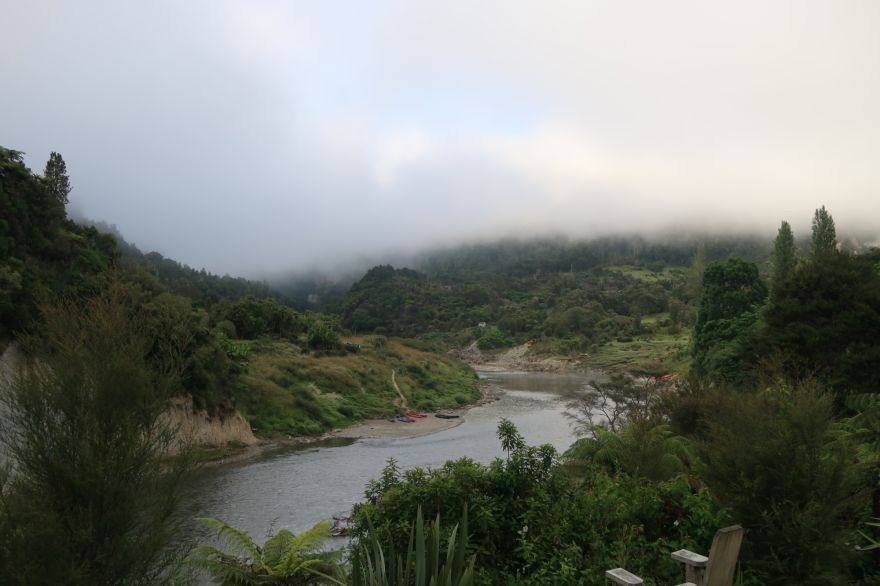 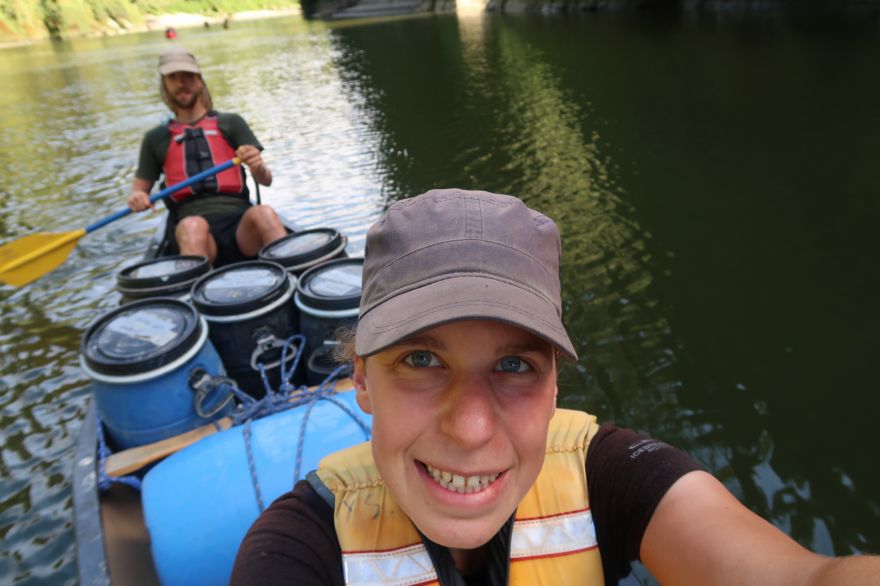 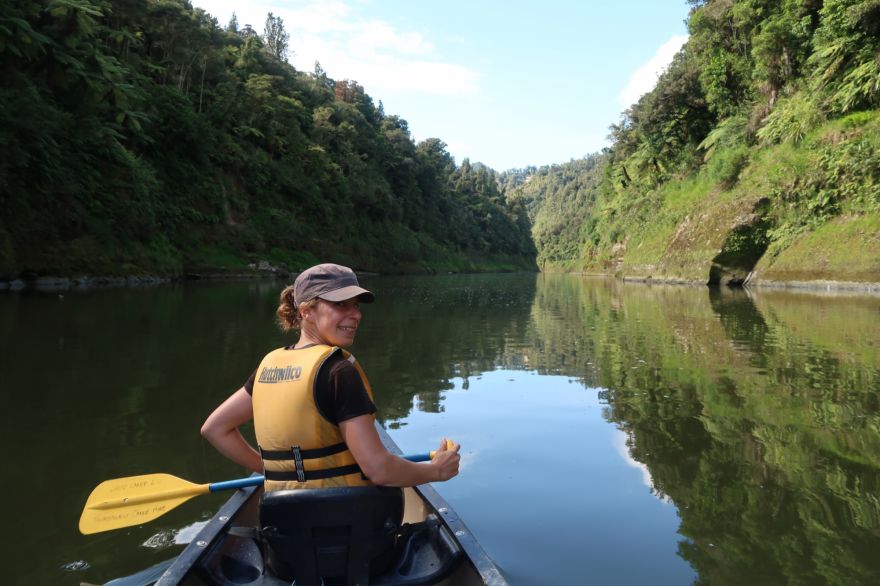 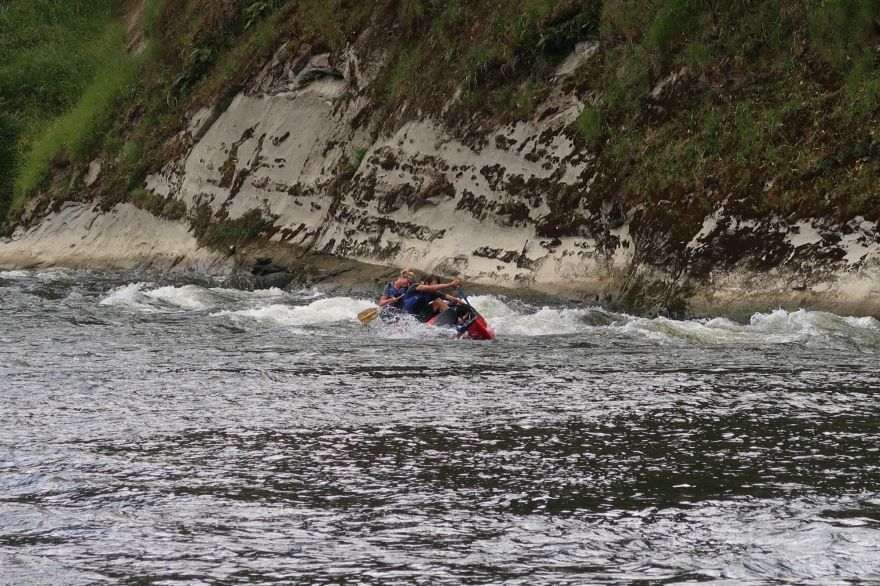 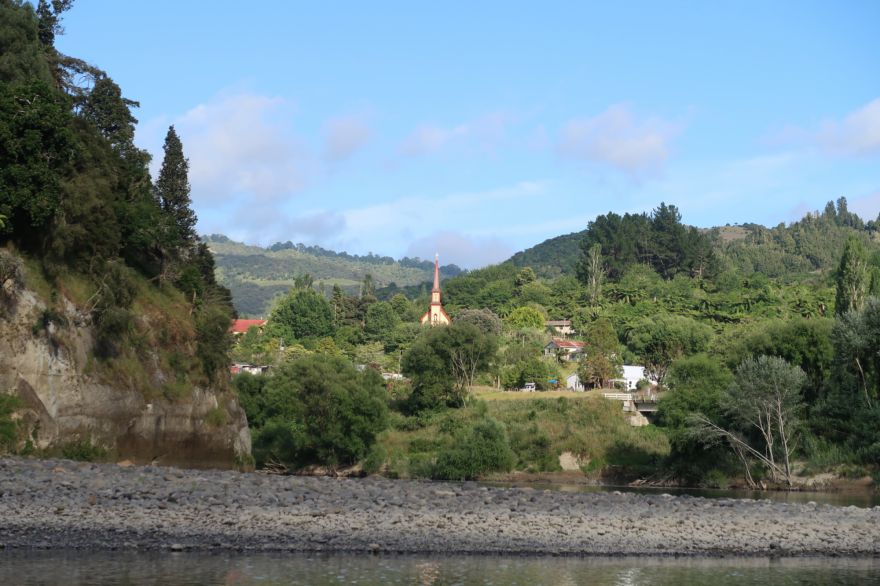 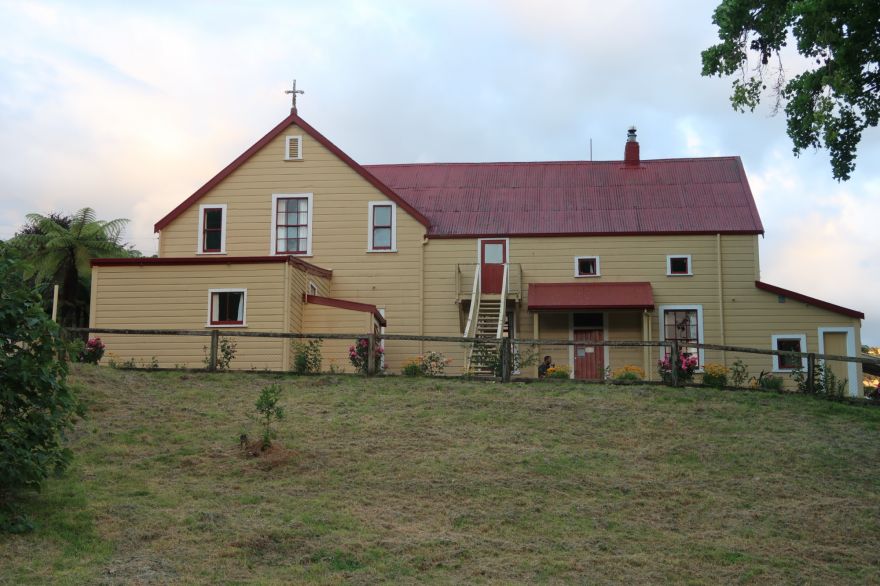 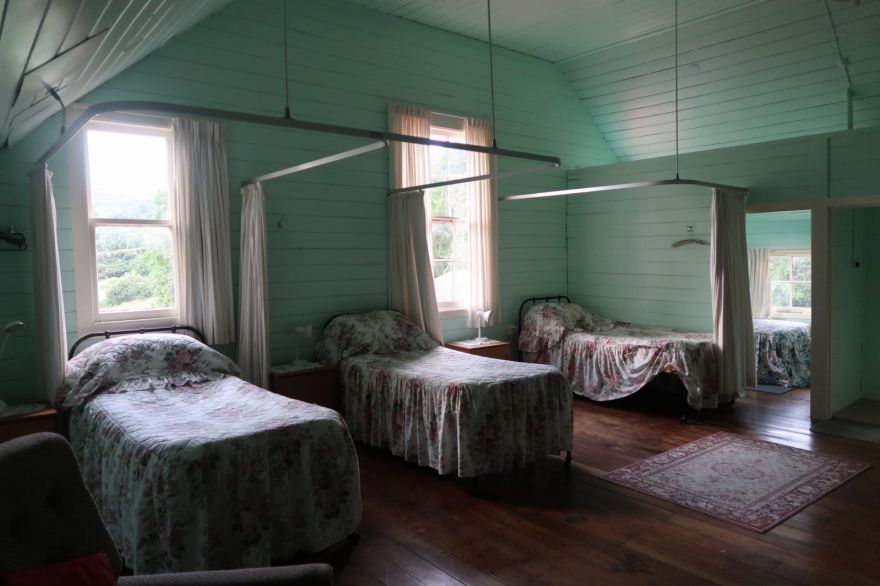 Day 6 on the Whanganui River

Today, we just wanted to make as much ground as possible. We therefore aimed to leave as early as possible. However, as there was no space to get our canoes out of the water, we had to pack everything in our barres on the water. This was rather time consuming. We finally left at 8:20am, basically our normal time to start.
We paddled down the river and had to negotiate several rapids. Most of the rapids we came across today are artificial stone walls made by the Maori. These are made of big rocks just below the water surface, meaning you have to look for the right place to pass the rapids or risk grounding the canoe on one of these large rocks.
We arrived a 6:15pm at Hipango Park. When we tied our canoes to the shore, we noticed a high water mark about one meter higher. We made sure the canoe had enough space to float, as this part of the river is tidal, meaning the water would come up during the night. 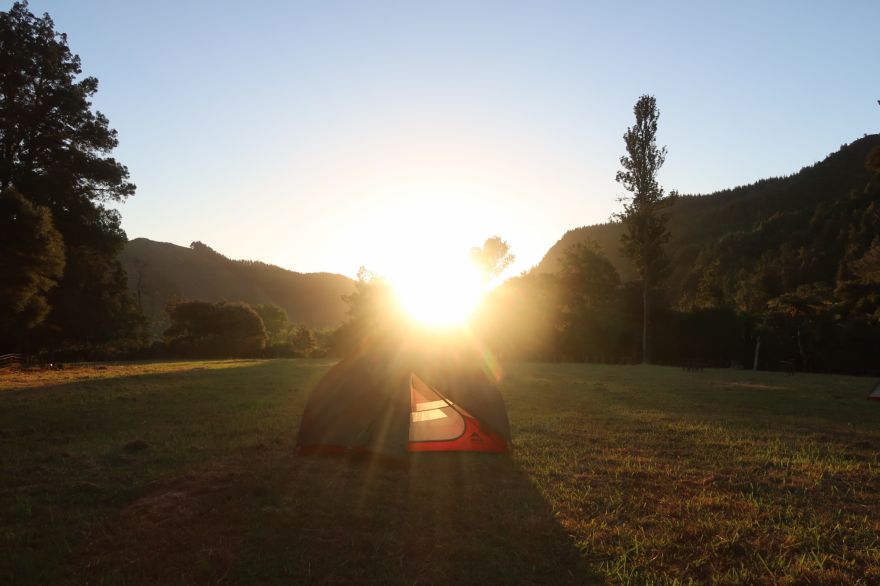 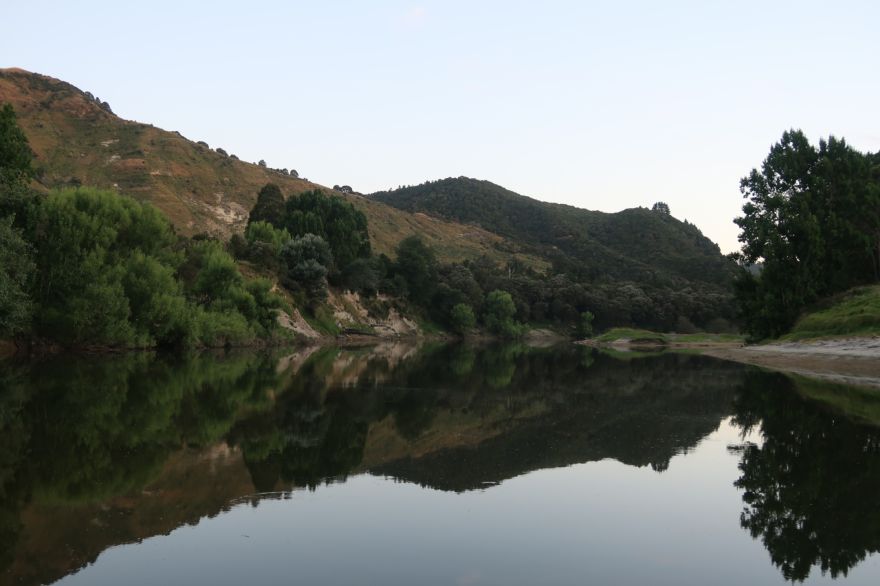 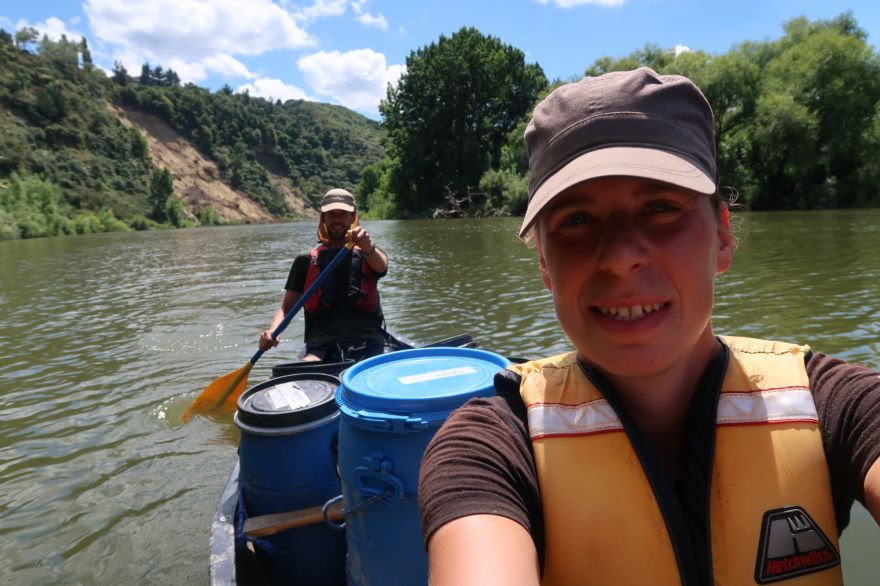 Day 7 on the Whanganui River

On our final day on the river, we had to paddle another 20 kilometer. We left late in the morning, so we could benefit of the outgoing tide. However, this was the plan. As soon as we hit the water, it turned out that there was a strong head wind, eliminating the effect of the current and outgoing tide. We had to paddle firmly for quite a while. The river straightened and widened, making us even more vulnerable to the wind. We kept paddling and paddling for ages. Every time the river made a turn, we were hoping Whanganui would be around the corner. But every time, we were greeted by yet another long stretch of river with head wind. Out of nowhere, we passed a big sign saying we had arrived at the Whanganui Holiday Park, our final destination. We really enjoyed our 7-day canoe adventure! 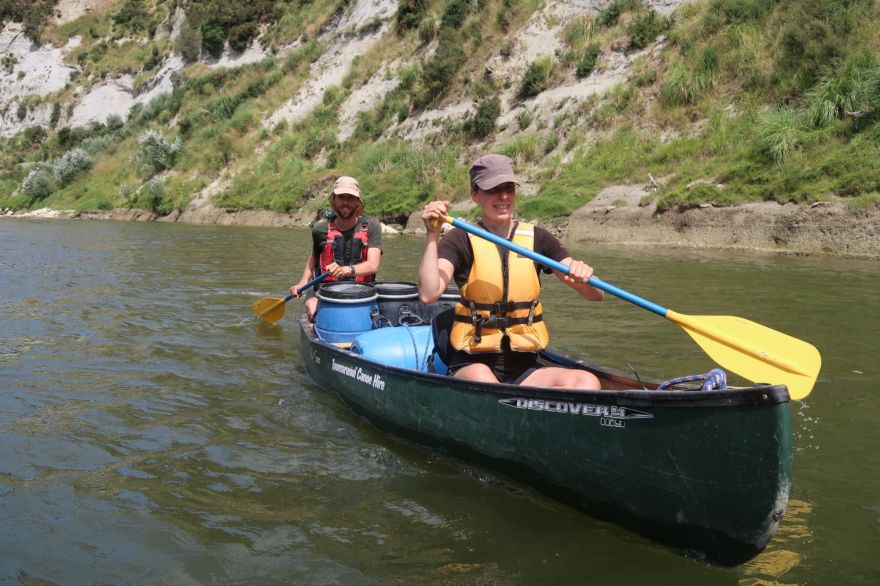